JANURWBY  Day 23 - OTP Prompt: Jaune telling Pyrrha a story but Pyrrha’s not paying attention because she’s distracted by how cute Jaune is. 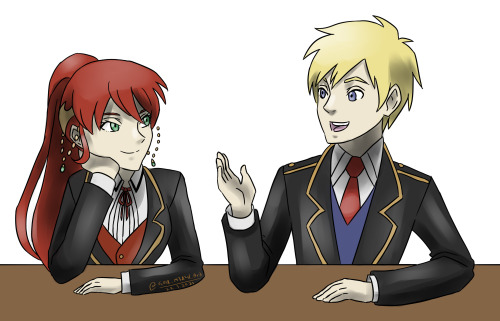 Jaune:Town blow to shit though.

Mercury:But least they get their happy ending. Godammit!

Oscar begans to laugh his ass off ar Mercury’s slip up as he puts his hands on his face and groans.

Jaune:(as the name shows up om screen, trying very hard to hold back his laughter.) The lands of dragons. You okay Merc?

Weiss’s thoughts: Ugh this movies is terrible. I should’ve gone to the Robyn’s rally with Ruby… 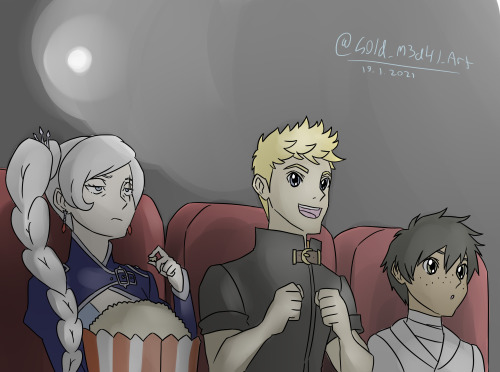 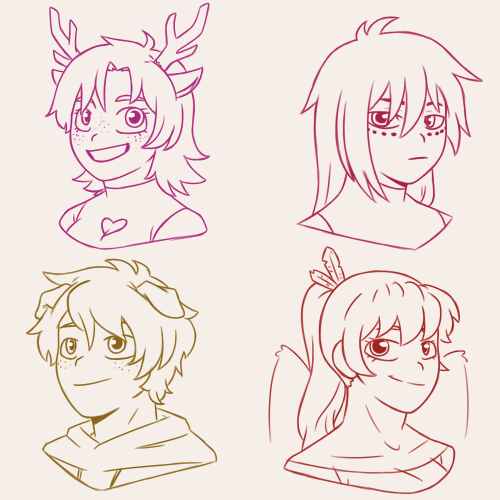 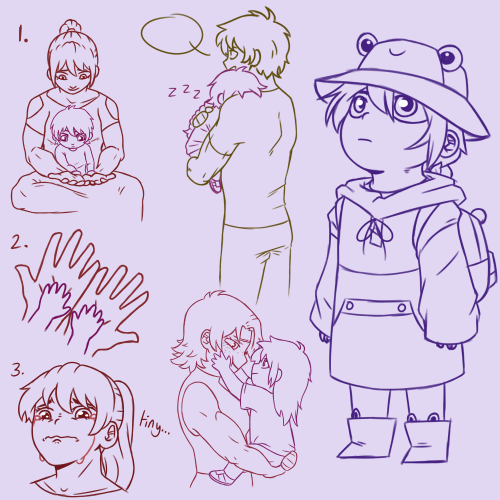 Jaune: We need to go back in that Whale Grimm and find its true weakness! 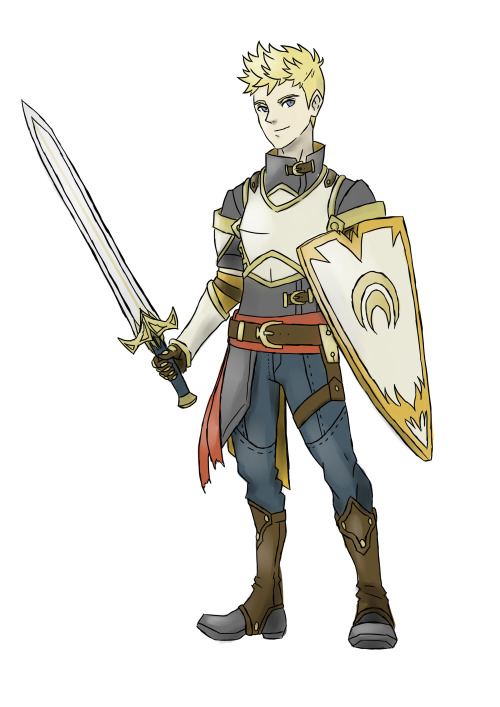 .Description: “Cinder’s Semblances allows her to not only superheat objects, but also to manipulate their shape. For instance, she might use this power to heat sand into glass, and then hurl the glass shards as piercing darts.”

and given all the shield related things jaune has given the v8 sneak peek what if jaune can  passively repel the effects of certain semblances that is meant to effect someone mentally or  uses of a semblance to indirectly effect tides of battle  from  him  ) a shield from semblances like emeralds or pyrrha  using polarity on their weapons ( which would be meaningful for jaune for if he gains this ability for  he would be able to kept Pyrrha from pushing him away with polarity and he might have been able to stop her from going to her And extend the whole semblance rejection ability to effect  others not to mention immunity to Marcus semblance to steal semblances ,  or steal aura , bad luck. ,   turn stuff to gold , semblance nullification , mind control semblances or any ability to manipulate emotions or induce a certain feeling like drunkenness , or marrows semblance or anything meant to effect the person unless they allow it  the shield wont negate yang or Ruby’s semblance for example for its an ability they use on themselves (  but an ability meant to effect him  besides. The Direct attack of Schnee summoning something to attack him. ) To tip the tides of battle in the opponents favor  will be negated )

and he would be able to extend that ability to other people .

and has the ability to figure out what someones semblance is

Jaune:We live in the sewers so not much.

Cinder:We do steal, I mean buy gifts for each other.

Mercury: Plus we got each other so that’s a plus right?

Nora:Yeah. And isn’t that what Christmas about? Family?

Splinter:What this i heard about stealing?

Weiss: *walks into the room* …you two are still on this?

Weiss: don’t you get tired of this stupid game.

Weiss: And you’re still playing with that suicidal robot?

Jaune: He’s a simulacrum, and yes I am. And he’s a lot better than a certain electrical engineer someone is playing.

Yang: wattson is a lot better than revenant, you’re just jealous cause i got more kills with her than you as revenant.

Jaune: shut up! I’m getting used to him!

Weiss: Wattson…isn’t that the french girl that uses electrical fences?

Weiss: didn’t you tell me all of her skills were for defence?

Yang: yeah, why the surprised look?

Weiss: It’s just that I never thought you would pick a character made for defense in an action game.

Yang: Hey, Wattson’s fences are really good to shock enemies, and her ultimate is really good too, but I mostly like her because I really identify with her.

Weiss: what do you mean with-

Wattson: I am current-ly at the top of my game, *snort* get it?

Wattson: I never say die, I fight until it hertz. *chuckles*

Weiss: *now with crossed arms* …are you seri-

Wattson: is there any better gift for someone you love than joules?

Weiss: *with her knight’s sword through the TV*

Weiss: enough of videogames for you two.

Weiss: *leaves them behind, exiting the room and leaning against the door, letting out a sigh*

Weiss: *pinching the bridge of her nose* those two are idiots.

Blake: and you still chose to date both of them.

Weiss: shut up, don’t make me regret my decisions more than I already do. 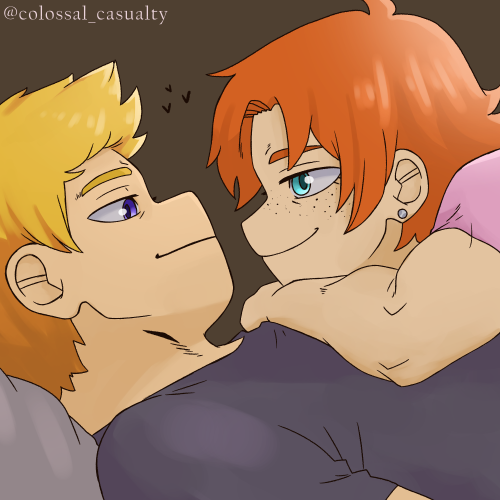 Ren: How do you know whats good for me?

Yang and Oscar: *0_0, looks at eachother. Scared and confused, awkward. standing right next to eachother*

Jaune and Yang were busy preparing breakfast for their teams. Since the group was on the road, it was decided that they would rotate to cook their meals in pairs and it was the turn of the two blondes to handle breakfast for that morning. So far, things were quiet as Jaune and Yang each worked on their taks, but Yang soon broke the monotony and addressed him.

Yang: “Weiss has been looking quite happy these days. I guess we have you to thank for that, right Lover Boy?”

Jaune: “What do you mean?” The boy tried to sound surprised.

Yang: “There’s no need to hide it. Everyone knows you two visit each other at night.”

Jaune: “Oh?” Jaune suddenly looked a bit nervous. He had not expected everyone to be aware of his and Weiss’ late night meetings. “Well, it’s not like we tried to keep it a secret or anything. It’s just…”

Yang: “Don’t worry, I understand why you need to be tight-lipped about this.” The girl turned his way and gave him a look of understanding.

Jaune blinked in surprise at that. How much did Yang know? He was pretty sure that Weiss had not told anyone about them and Jaune himself didn’t talk with anyone about this. Not that he couldn’t, but he wanted to wait a bit until he felt more comfortable with the idea. So to hear Yang claim that she knew of their situation, it filled him with both curiosity and nervousness.

Yang: “Of course. Weiss seems to be the shy type that will ask you to keep the lights off when you two sleep together because she’s embarrassed. I get why someone like her would want to keep your… nightly activities under wraps.”

Jaune blinked again at the declaration and stared directly at Yang’s confident face. The girl seemed sure about her reasoming, but Jaune remembered last night’s event.

Weiss had him pinned on her bed with her lithe body slowly brushed against his. Her curious hands roamed, making his whole body melt under her soft and meticulous touch. Her lips slowly kissed and lightly bit at his neck, before she lifted her head until her mouth was right next to his ear.

Then, in a voice that was filled with desire, she whispered her request.

Weiss: “I want you to fuck me until my pussy will never forget the shape of your cock.”

His blue eyes widened at her words, but his body reacted strongly to her teasing. A reaction he could not hide with her straddling him.

Weiss smiled as she felt his growing arousal right under her, then she captured his lips with hers in a hot kiss and began devouring him whole.

Jaune felt a wave of heat go through his body as his cheeks burned, the events from the previous night still vivid in his head.

Yang: “Well, am I right?” The blonde regarded him with an expectant look and a confident smile as her question brought him back from his day dream.

Jaune: “I can’t say it’s one or the other because, like you said, I’m sure Weiss does not want for others to know what we do in private.” It would be something he would have to talk about with the girl, but for now, he’d rather keep quiet and not say anything about the nature of their activities.

Jaune: “Yeah, she’s… not quite what I expected of her.” Even now, Jaune was having a hard time believing everything that happened between them was real. Their first night was something he would never forget.

Yang: “You be gentle with her, okay? Both of you have been through a lot and I want the both of you to be happy.”

That was something Jaune agreed with. He’d do anything to make sure that a smile would always be on Weiss’ beautiful face.

Jaune: “Don’t worry, I wouldn’t dream of hurting her. If anything, getting to know more about her… I might be falling head over heels for her…” His cheeks burned a bit more as he admitted how he felt about the snow themed girl.

Yang: “Well said. Weiss would be very happy to hear you say that.” Yang nodded approvingly at his words, before her head tilted to the side as she appeared to look behind him. “And I think that she is.” She added immediately with a small smile.

Blinking in confusion, Jaune turned around and saw a figure in the door frame of the kitchen. A very familiar figure in the shape of the girl he and Yang were discussing moments ago.

Hiding almost shyly behind the frame, Weiss’ baby blue eyes seemed seemed to glow as she looked his way. She had clearly heard him and under the power of her smile, he swore that his heart skipped a beat.

Slowly, she moved away from the door frame and turned around to walk back to the bedroom, the modest nightgown she had on accentuating her gentle lines and nature. Their eyes meet briefly and he catched a familiar glint in her eye that simply called out to him, asking him to follow her.

Next to him, Yang saw the look Jaune had on his face and couldn’t help but giggle. He was completely enamored with Weiss. This brief exchange was almost like a love sick puppy that was called by their master to join them and Yang decided to throw him a bone.

Yang: “Say, why don’t you go and cuddle… I mean, catch another half an hour of sleep? There’s still some time and I can handle things here.”

Jaune snapped himself out of the spell he had fallen at the Snow Angel’s hand. His eyes met Yang’s teasing look. Embarrassed, he simply nodded as he was unable to form words and almost jogged after the snow themed girl.

Yang: “Ah, young love…” She sighed and returned to her task. Despite having extra work on her hands now, she couldn’t help but get a bit giddy at the thought of her two friends finding happiness together.

Mercury:Good idea. You wanna not deal with the scorpion, destroy the nest. It’s the Stalin approach.

Mercury:Yeah. If there a person causing problem , you kill person and their no problem.

Oscar looks deep and thought before he speaks.

Mercury whips his head towards his little with a look horror.

He buries his face into his hands as Oscar and Jaune laugh at his reaction.

Mercury:I’m sorry for leading you to the path of Stalinism Oscar. Now …. Let’s just drop it…..