In a JNPR group chat

Ren: I have text on dark mode

Jaune: yeah the light mode on text is ugly

Nora: Text has a light mode???

Jaune: yes but it is horrible

Nora: ew this is gross

Nora: why would they make something this gross

Pyrrha: why would you do this to my eyes

Jaune: you asked her?!

Jaune: change it back

Nora: I already did

Nora: that was horrifying

What freaks me out is that these past few episodes have been great but a little slow in pacing but I know that once it starts going, it’s going and there’s no stopping. The slower it starts the more it’s going to hurt. Look at volume 3.

My thoughts on Ren…

Honestly the fact that Ren knew Jaune cheated his way into Beacon and never said anything about it or made Jaune feel like he could never be a leader is very telling and proof that Jaune and Ren are really BFFs. Granted we don’t know when Jaune told Ren he cheated but the fact that Ren only brought it up when he was telling Yang how in over their heads they are is really telling.

I miss old RWBY so much.

#Me and my gf had a cute acnh date and decided to dress ourselves up!, #It was so much fun!, #rwby jnpr, #Rwby, #nora valkyrie, #lie ren, #rwby volume 7, #Rwby Vol 8, #Animal crossing, #Acnh, #acnh screenshots, #animal crossing new horizons
25 notes · See All
greenbeanstanText

The true team of the show

Why is it called rwby when Jaune gets the most development, Nora and Ren have the most important relationship, Pyrrha’s death leaves the biggest impact and Oscar carries half the plot of the show on his shoulders? JNPR are the true teammates. They may not have the cohesion of team rwby but they certainly have the personality. Better family aesthetic than the actual sisters in the show. This one’s for you, JNPR.

Made this originally for a JNPR Analysis on amino, but I always liked the art so now it’s up on Tumblr. Enjoy 👏👏

“We were never fond of talking about our childhood, and it wasn’t something we were asked about.” Ren shrugged. Nora has started shaking a bit at the question and was now holding Ren’s hand - this was not being watched jealously and longingly by anyone named Pyrrha at all.

Nora took a deep breath. You can practically hear her thoughts - “I need to be strong.” “It did come up one day. Jaune asked us about our parents, and we told him and Pyrrha we were orphans. That was about all there was to it. We did end up telling them the whole story one night, and they know some parts of it from anecdotes. They’ve been very comforting. It’s just not…” She shrugged, Ren squeezing her hand softly and watching her with concern.

Pyrrha and Jaune, in the background, felt themselves slipping, drowning. They were helpless; they didn’t know how to comfort the people they loved more than anyone.

Pyrrha: That was a fantastic spar! high five!

Nora: I’m in love with you.

Ren: *watching from a distance* What the fuck.

Hi this is my first ever edit, please  share your thoughts :D 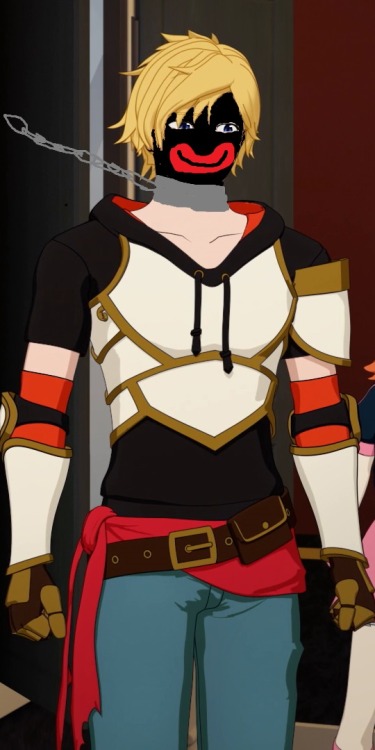 another year, another volume without best girl 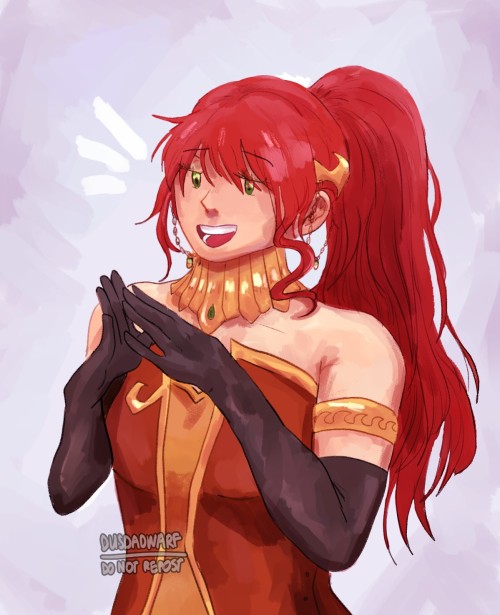 My latest Fan-Made RWBY AMV…  This features scenes from the Atlas Arc (Volume 7)…  With Volume 8 premiering Nov. 7… I felt it would be fun to put together an AMV based off  the latest volume… Our heroes got their work cut out for them that they will be coming face to face with Salem the Boss Villain and her minions… This will be an interesting season… Hope you enjoy my latest creation… Keep a lookout for my next RWBY AMV… Already being cooked up!!!  Thanks for watching!!!

My latest Fan-Made RWBY AMV…  This features scenes from the Atlas Arc (Volume 7)…  With Volume 8 premiering Nov. 7… I felt it would be fun to put together an AMV based off  the latest volume… Our heroes got their work cut out for them that they will be coming face to face with Salem the Boss Villain and her minions… This will be an interesting season… Hope you enjoy my latest creation… Keep a lookout for my next RWBY AMV… Already being cooked up!!!  Thanks for watching!!!

Ren: Jaune we been dating-

Nora: hey Jaune I got a joke for you!

Jaune: what is it?

Nora: what do you call a selfie taken by an orphan?

Jaune: you need to stop using humor to cover up your trauma Nora

Nora: all I’m hearing is that you think I’m funny 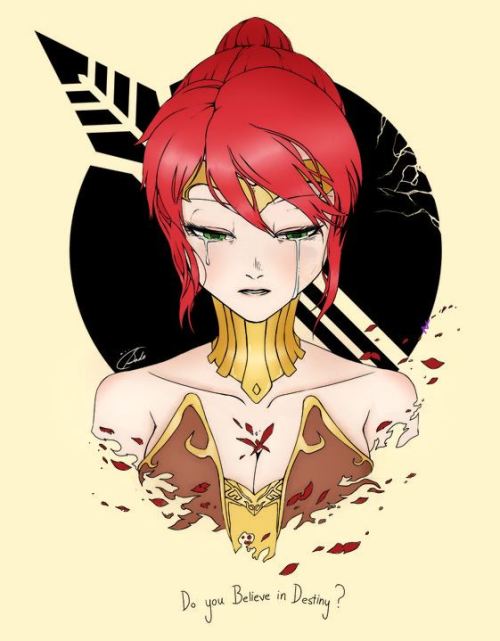 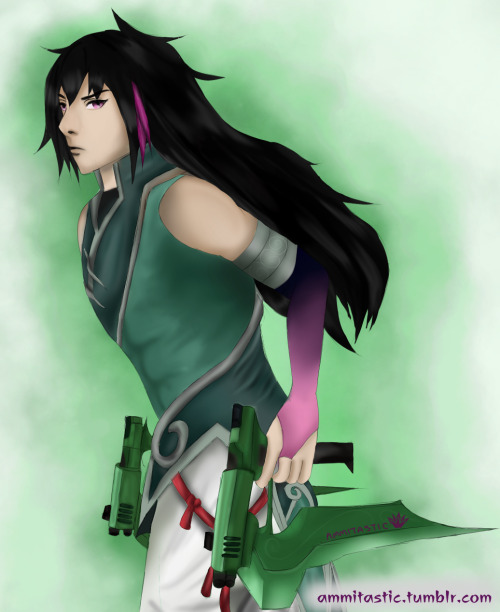 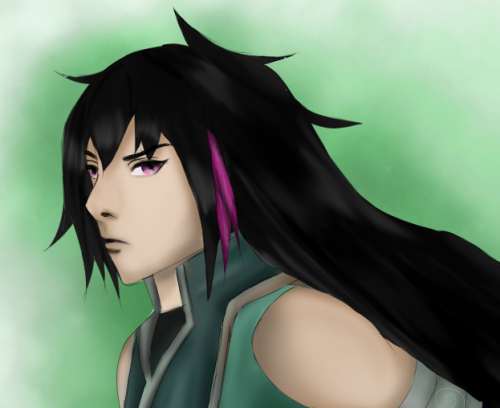 Me, Watching RWBY, about to start Volume 3 with my brother: So, just to give you a heads up, Volume 3 is kinda traumatic.

Brother: Eh, I’m not too worried about it. It’s not like any of the main characters die or anything. 😊😊

Look, if any of them dies I’m dying with them ya hear me?

No, seriously, I didn’t think much of Ren at the begining of the series: quiet guy, cool ninja, badass. Then volume 4 came and I fell in love with the character and became one of my favs. Literally, his backstory is my favorite thing of the volume, and it’s so fucking heartbreaking to watch, I can’t even. It gave him so much depth, and made me love him. He’s so brave yet kind and sad and it’s heartbreaking how he always represses his emotions like he does, because it’s really unhealthy. After what happened in Kuroyuri, he doesn’t want to allow himself to feel, but it’s hard not to feel when you have so much people you care about, when you’re in love with the person who’s always been around you since that terrible night, who you know that she completely understands you. But you just won’t admit it. And that’s gonna be a really serious issue. It already is.

Now, what I thought of Nora at the begining is that she was a mix of Thor (who she is, technically) and a slighly less caothic Harley Quinn. I really like that she is the comedic relief of the series, because there aren’t females with that role; it’s usually taken by boys. But I also love that she’s not only the comedic relief; she has a backstory that we’ve only a part of it, actually. She knows the struggles of the people of Mantle because she was just like them once, and she hasn’t forgotten the times as a poor, orphan girl starving in the streets at the mercy of the Grimm, and for that, she takes no “we all have to make sacrifices even though I’m not the one having to deal with the struggle down there” shit from Ironwood. Also, emotionally speaking, she’s the one of smartest character in the series. Yes, she’s funny, she’s cool, she can and will kick your ass, but as we say in Spanish, “no se le escapa una”. She figures out Pyrrha’s feelings at once, she figures out what’s going on with the Bees and she also knows that something isn’t right with Ren in less than two seconds because she just knows him that well.

He’s usually quiet, yes, but he never dismisses her or her little attempts at flirting (boop) because even if he acts like he doesn’t care, she knows he really does like having her around, and likes her hiperactive personality, and she knows, at least since the Handholding, that he does feel the same for her. She has been giving him time for the past few months because she doesn’t want to be too pushy and she knows he still has to sort stuff out, so she’d rather wait and let things slowly progress. But the thing is, things didn’t progress; as soon as they got to Atlas, Ren started to be even more emotionally repressive, and that’s when Nora acted, because she knows something isn’t right but he won’t tell her and she just doesn’t know what happened and why he doesn’t seem to trust her anymore. Let’s Get Real would be a really depressing song if it weren’t for the music, because the song is basically Nora begging him to finally tell her he feels the same, to talk to her so they can fix things together like they always do, and it’s just heartbreaking. And then the whole thing with Neo and the lamp… That’s only gonna make things even worse. They really need to talk.

Now, when it comes to one of them dying… I don’t even want to think of that possibility. I just can’t. I already went through that with Arkos, I can’t go through the same thing again. Fuck.

Nora has always been, ever since he saved her and gave her that little hammer, so protective of Ren. He’s her family, and she’s in love with him. Every time he gets hurt or seems to be in danger she screams his name, goes fucking feral and gets in the way to protect him or just fucks up whoever or whatever hurt him. Watch that fight against Hazel. Against the Nuckelavee. Even against team BRNZ. She started screaming at Cordovin to bring him back as she shot grenades at her. In that fight against the Geist in vol 4 when all of them are sent flying backwards she even goes and catches Ren before he gets hit because that’s just how protective she is. So I wouldn’t be surprised if, next volume, she does get really hurt trying to protect him. But I don’t want to think about her or Ren dying. Please. I’m not strong enough.

This is longer than I intended lol.

A Family Trip to the Movies

Team JNPR lives on in my heart.

And I’m looking forward to what the future could bring for Team JNOR/ALPN.

But in my humble point of view why have the two versions of Jaune’s team be at odds? Why keep them separate?

Just… can’t we let them be all together, y’all? 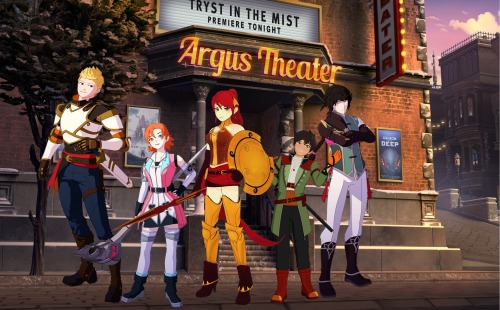