There’s always an acoustic song in each rwby soundtrack. What if for the volume 8 soundtrack, we get an acoustic version of When it Falls?

Nahh but the Grimm being able to say no is just the beginning. This is a sign that the Grimm are going to become scarier and more of a threat. We are going to see them do even more things that we thought were not possible.

me realizing that either ren or nora may die this season 😭🤧

edit: REN COME GET YO GIRL BEFORE MAY DOES LMAOO

Here’s the ending of the JNOR reunion comic I promised. I’ll post it once I outline everything better.

Also, my computer is broken for an indefinite amount of time. Everything I write or draw is done manually and on my phone. RIP me.

Oscar: …am I the only one who thinks salem is kinda hot?

Qrow: WHAT THE FUCK, KID

Oscar: she’s???? really pretty??? I would totally date her tbh

Oscar: …I see your point

#oscar pine, #rwby, #rwby jnr, #rwby salem, #ozma, #meme, #i dont ship them, #but i definitely think oscar would have a crush on her, #because he’s an oz, #and salem is actually really pretty
34 notes · See All
plexieglassesText

Weiss: is it actually funny? Or do you just THINK it’s funny?

Yang: psh, whatever. I think you’ll find this one funny. Follow me.

*in the cafeteria, close to JNOR*

think about post-fall polyam!jnr for a second.

they’ve lost part of their core. they can’t be juniper anymore, they can’t even make a color.

ren and nora have a companionship that blurs the lines between platonic and romantic. it’s easy to forget that they aren’t actually dating still.

nora has accepted that she’s in love. ren…has trouble with feelings.

team jnpr was helpful in that aspect. ren’s learned to accept that he’s maybe (definitely) in love with nora.

before the fall, they still work with each other, but it’s always pairs. jaune and pyrrha, ren and nora.

the fall shakes that up. three is less even, less balanced and they try not to leave jaune alone. when ruby asks, they answer. an adventure brings people together.

and they get closer. as jaune learns more about ren and nora and how they’re so close yet so distant, he finds himself overwhelmed by love for them. it isn’t the same as what he felt for pyrrha, what he wishes he could move past - it’s not the same. no one could ever make him feel the same way…but he still loves his teammates.

and it’s soft and slow-moving, but all three of them know. all three know they’re moving towards the same things.

the dresses are really simple, but honestly i don’t care, cause these were really fun to draw anyway. 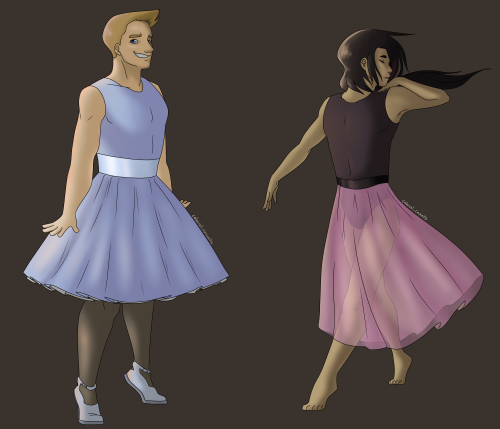 Nora: *unholy screeching at the general*

Jaune: Bro, you’re ruining our vibe. We can’t be known as the bootlickers.

Apparently this is some hot take, but Ruby and Ozpin are different. These situations are very different, parallels perhaps but like the whole approach and everything is different.

A fact I think is often ignored, but Ruby is a child. She is doing her best, and after Ironwood has shown then a plan that obviously put them all on edge, and Ruby taking initiative to not divulge all the details to Ironwood is understandable. This isnt black and white, team RWBY + JNR + QO have just been thrown into a new culture and society, that is heavily militaristic and meet a man they have little background with. Yes he was at the fall of beacon and met him once or twice but like,,, that’s it. Qrow even said it!!! Ruby has people she trusts, people know about Salem. Ozpin was paranoid and scared and secretive, watching allies doom themselves in a war with no end.

And Ruby is a child!!! Ozpin is a being with years upon years of experience and yet he didn’t learn to truly trust people. It’s a character flaw. Ruby is navigating this role she has as a leader. Ruby deciding not to trust Ironwood the very minute she sees him is incredibly different than Ozpin knowingly misleading those that have absolute trust in them. Ozpin watched as his allies died in a never ending war.

Ruby is in the grey area when it comes to this, and yes there are cons to her decision. The story would be flat with only black or white, but so many people are equating the two scenarios. As if Ruby is going to let anyone go on a suicide mission.

#i think they were harsh on ozpin but their reactions felt real, #not right per se but real, #rwby v7 spoilers, #rwby jnr, #rwby, #rwby v7
30 notes · See All
claaydohText

The Ace Ops very specifically saying they aren’t friends, that trusting a person and being friends are two different things is really interesting to me. Especially since in the same episode, Weiss says Ruby, Yang and Blake are her family. People she’s gone through so much with.

The Ace Ops are good people, there hasn’t been anything to suggest otherwise but they’re strictly business. They’re adults. Team rwby are all young adults, and even that’s pushing it. This is clear when theyre eating cake and screwing around. As well as fawning over the Ace Ops and how cool theh are. Team Rwby is trying to save the world, which is something that is closely tied to the idea of unity. The brothers saying humanity must become united without any strife.

Its rlly an interesting thought, seeing the youth as who will unite humanity. Who will change minds.

I also think it reflects on Atlas society, team STRQ was a family at point and JNR is a family. Atlas is incredibly militaristic, everything is business. There are times when characters from Atlas break away from this, but the Ace Ops are a perfect example. They are team, and only that. Its insight on how Atlas academy and its society is like.

Anyway I have A Lot of thoughts on how rwby is going so far, and overall it has been super good and fun to watch!!

#rwby v7 spoilers, #rwby, #rwby jnr, #kinda an amalgamation of thoughts on v7 so far, #i cant wait for next saturday
16 notes · See All
brieflydoodsText

does team jnr have a poly ship name ?

Me shaking Team JNR: WILL YOU GODDAMN KIDS PLEASE VALUE YOURSELVES AND TALK TO EACH OTHER PLEASE PLEASE PLEASE

u know if they knock out ren or jaune next episode there’s only going to be one active member of JN(O)R/ORNJ ,, 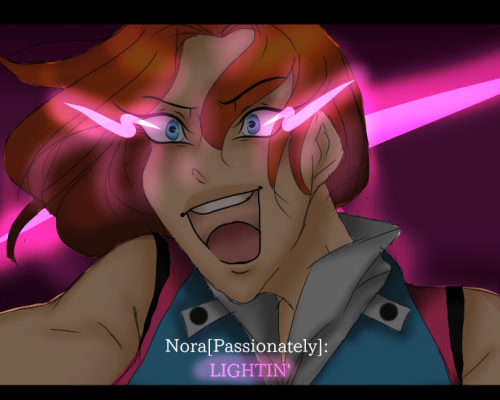