This is my oc ´s bio family. This portrait was exposed in the Schnee Manor, until Maud and Alban Schnee got killed and Jacques Schnee just threw it into a tiny hidden room.

arjuna finally gets to face off against arthur and tyrian and they leave us on a FUCKING CLIFFHANGER!!!!!

for context: arjuna is arthur and tyrian’s biological son, and he ends up joining the heroes to take them down 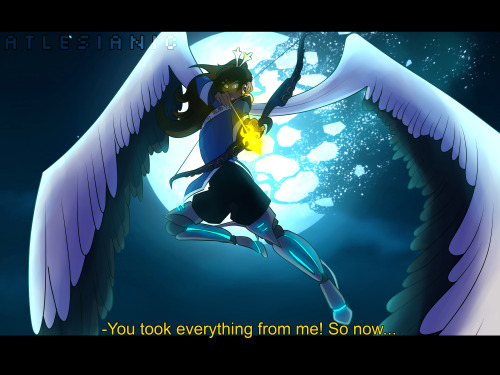 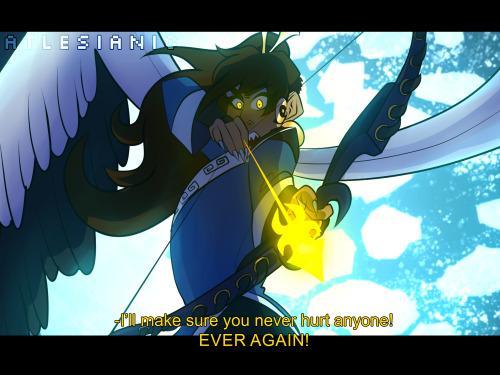 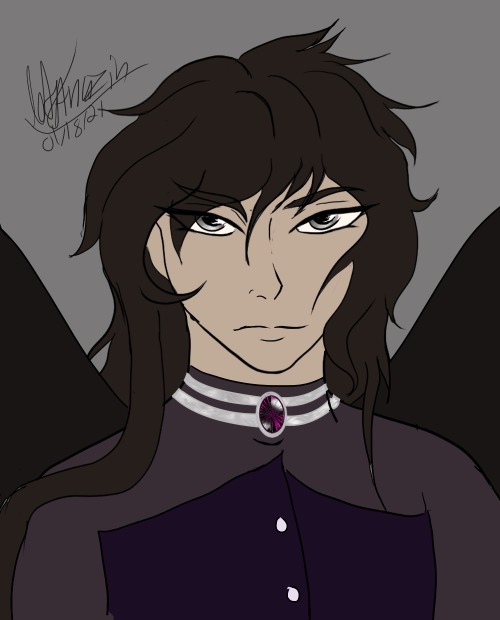 soooooo i think i ship them after today’s episode. anyone else? 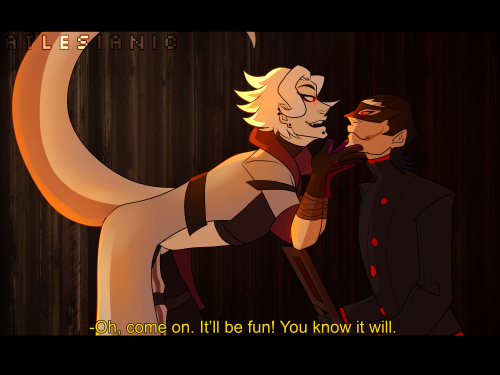 I had a dream my oc Antonio had a kid with Weiss and he looked like this :3

general marlais de whit has arrived! a few years after salem’s defeat, general ironwood appointed the young huntsman to his position. it caused a bit of a stir, but 20 years later and the kingdom of atlas has never been stronger and more united! Also,,, the color pallete is deliberate… Not just because they look pretty together

Hi have memes of my oc

Seraphine has a bunch of messages for y'all uwu 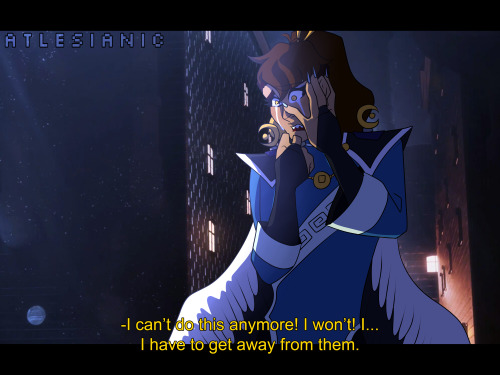 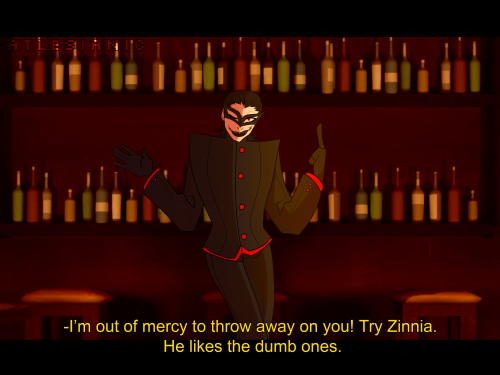 marlais’ speech in the last episode was really good tbh. i think this was my favorite line in the whole scene 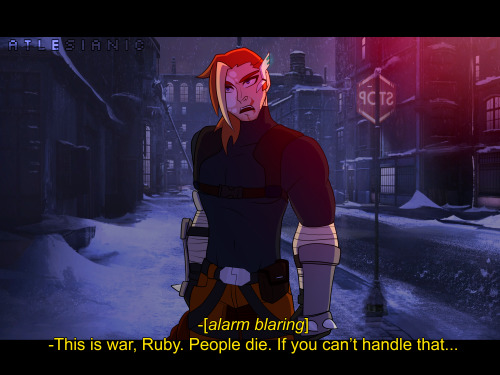 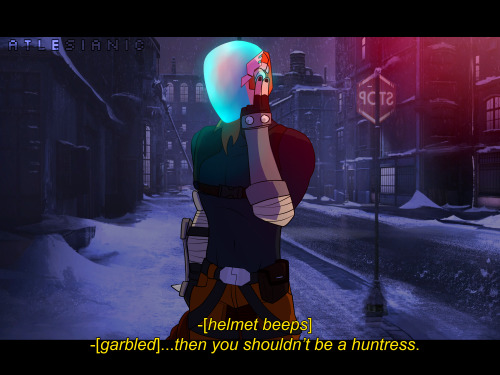 They are interesting, good choice! (I won’t be going into specifics, since I plan on adding these characters into a future fic.)

The only child of Nora Valkyrie and Lie Ren.

The night is but young.

After the collapse of Beacon, Birdie was almost a little too fine with being shipped off to Illyria instead of taking the logical choice to go back home to Mantle and be with his mother. However, deep down Birdie just wants to continue his stream of payment so he can support his mother. But during their time in Illyria, Birdie begins to grow frustrated with the state of his team, especially with Tanner’s obsession with finding Mai, someone who betrayed him. Whatever will happen next, Birdie hopes that CRTN can get their shit sorted because the world will not wait for them. 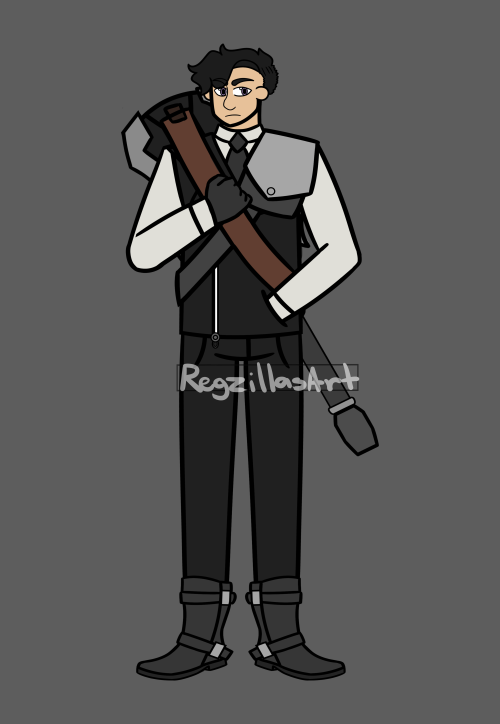 So here’s a pair of dipshits, one half of Team LNAR (Lunar)

The scars are entirely because they spar with each other for fun, even when they’ve depleted their auras, and they’ve done it since they were kids.

One thing I forgot to add to River’s text: when they were kids, he bit Luan to prove a point.

They’re based on Romulus (River) and Remus (Luan). Both wolf faunus, orphaned and raised by a human woman. 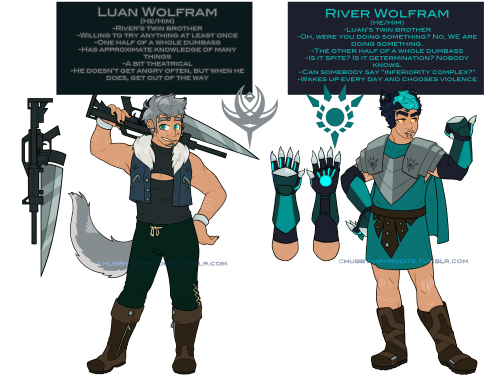 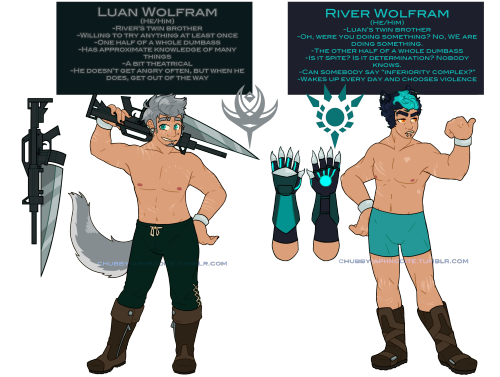