Digital drawing try #2, this time with best dad!Tai. He’s such a lovely man. Look at him thinking he has a career or something 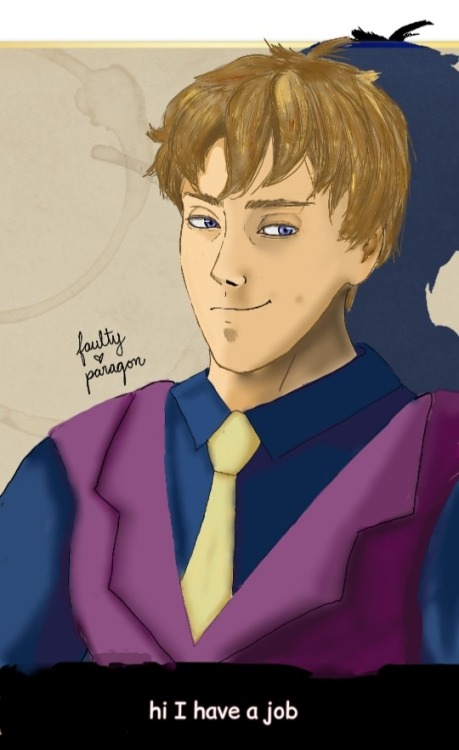 Raven: Is about to leave the house on a snowy day

Taiyang: Runs over to the door and places a hand on the door to stop Raven from leaving

Yang: EVERYBODY DUCK AND COVER YOUR EARS!

Zwei:I have no opinion! I don’t know who he’s dating.

Ruby:Okay first off. You got a problem with me and Jaune, so why not dad, Also WHEN DID DAD START DATING AGAIN?!

Yang: this is news to me too!

Back in JUNE I was gonna draw a lil pride comic ft. Trans Qrow, Pan Tai, Ace Rae, and Bi Summer but then I completely forgot about it and today I found the very little bit I had done and figured I’d post it, so have tired baby and his teammates

So, I’ve been thinking about this part of the Qrow vs Tyrian scene recently and a question popped into my head “Who is Qrow imitating?” because it’s clear he’s no brawler and the look on his face before he goes to hit Tyrian is ‘It’s worth a shot’ so I watched his fighting pattern:

He goes right, left, and right all aming at Tyrian’s head to disorent him, then picks up his right foot to give him particulary hard kick(that looks more like a stomp) to the gut.

So, subjectively speaking it would make since that he picked this up from Taiyang at some point along the way and that’s where I started. We only have him fighting Yang in their spar, but even then I think that’s enough to determine Qrow didn’t pick this up from him.

Tai tends to move around on the battlefeild a lot, he swings wide and uses sweeping kicks as well, which doesn’t match up to Qrow’s closed off hooks. I took Yang off the list as well because not only did Tai teach her but she tends to fly around the battlefield far more than her father.

Immediatly, the first brawler I thought of that Qrow could’ve picked this up from was James. Yes, he uses his guns before he goes fisticuffs, but he’s cirtainly no amateur. So I took a look at his fighting style that RWBY 7 provided us:

James blocks Watts’ attack, then swings right, left, right, left all at his head, then after Watts lands a hit to him he takes a heavy left swing into his gut.

It’s far rougher than Taiyang’s hits and lines up very well with the style Qrow is using. (The exeption being on Qrow’s final swing he upercuts while James sticks to his straight on tactic.)

I, in all honesty, had a point here but It’s been like a week since I started this post because the gifs werent working so I took a break and forgot about it, and no longer remember what else I was going to say. I can, however, tell you that I am very intrested in the idea that James showed Qrow some moves/Qrow picked them up from watching James.

The many ways to misspell Tai

#rwby, #rwby taiyang, #taiyang xiao long, #the way i cackled, #tayuya, #oh my god it's actually a word what, #WAIT NO IT'S A NARUTO CHARACTER WHAT-, #I'M-, #THE PERSON WRITING THE FANFIC DID IT A SECOND TIME, #I GENUINELY THINK THAT THEY THINK THAT TAYUYA IS TAI'S NAME, #I CAN'T
2 notes · See All
a-black-blessed-ravenText

Taiyang: Raven, do you know what today is?

Taiyang: Yup, I got you something as well!

Taiyang: pulls a flower bouquet out for Raven

Raven: Right… I got you something as well.

Raven: gives him the corpse of a dead squirrel

Taiyang: Raven what the fuck is this? I mean, I-I love it! T-t-thank you so much Raven!

Hehehhehehe Time to expand on my Elf x Adventurer AU

Summer is the Fanaus Zwei au Fanaus Trait was a tail.

Tai loved to rub it. It was really soft. And Summer couldn’t resist when he did.

Tai has a meltdown once Ruby and Yang go to Beacon for the first time, and Qrow can’t help but laugh. Set right after episode 1.

It’s not much, but a little something I sketched tonight bc I have an AU where Tai is a dragon bc I’m like that

Taiyang: we should have a baby.