Phoenix Night posted a theory about the Ace Ops https://youtu.be/WqKGlEAcR8U

I’ve been thinking about Emerald lately, especially with that potential redemption arc looming on the horizon. Well, I assume it’s Emerald that’s getting stolen. Probably by Oscar on his quest to deprive Salem of as many of her minions as possible. Hah, the thief’s getting stolen. Anyway, we also figure that since Emerald heard how to speak to Jinn that it’s likely that she’s gonna ask the final question. Is it official that she alludes to Aladdin? Or just a fan theory? Either way, the thief steals the lamp from the evil queen and escapes, supposedly.

Seeing as how it’s a Relic and incredibly important to Salem, I doubt she’ll simply let it out of her sight. Well, unless she’s so confident that nothing’s going to happen to it. Or, maybe normally she’ll have the Hound watch over it if she’s not near it? But with the Hound and Cinder going after Penny … Salem’s busy pressing her attack and, well, conducting the whale. So she’s suitably distracted for now. Mercury and Tyrian are gone to Vacuo. Hazel is pretty preoccupied with Oscar and Ozpin. Anyone left? Neo. But I think it’s likely she’ll go with Cinder if only to get away from Salem’s forces and have a chance to get at Ruby. Plus Cinder always wants a go at Ruby so it’d be likely that she wouldn’t mind tracking her down after the Winter Maiden stuff is resolved (except we all know that they’re all at Schnee Manor so).

Now it wouldn’t be hard for Emerald to walk out with the lamp. Especially since she could just mask it with he semblance. Unless semblances don’t work on the Relics for some reason, but that seems too convenient so I’ll throw that out. I wonder if she can display an image out of her sight range? If she steals the lamp can she make an illusion of it if it is stationary even if it’s a few doors down? Well, she can at least hide herself. And it even works against Grimm. As we see in War. So I suppose the likeliest option would be to hide herself and the lamp using her semblance and simply walk out.

But of course, team J_YR are coming to rescue Oscar so I’d definitely bet that their quest will coincide with Emerald’s escape. Unless she decides to grab Oscar and take him with her and then hey!, everyone wins.

Except Ironwood. Fuck him.

My Thoughts On Raven Branwen.

Hey guys it’s AT here! Today I’ll be discussing my thoughts on Raven Branwen, keep in mind these are my personal opinions. Let’s get into it!

We first hear about Raven in the yellow trailer when Yang is demanding if Junior knew where Raven was, then in the Episode Burning The Candel where it’s revealed that Raven left after giving birth to Yang, now we don’t know if it was after Raven gave birth to yang on the same day or it was a few days or weeks.

Now as a person who’s biological mom pretty much threw me into the foster care system I can sorta relate to yang in a way, and then when Yang does meet Raven in volume five well…Let’s just say I was glaring at my screen so much my eyebrows started cramping. Raven is manipulative, a coward, a killer, thief and doesn’t seem to be loyal. Then there’s her beliefs “The strong live and the weak die.” “I’ll only save you once.” On that side I HATE Raven with a passion and I pray Yang doesn’t forgive her instantly or I will be ANGRY.

Now I do find Raven to be pretty cool with other aspects of her, she’s a skilled fighter, she is smart, I do love her sass not gonna lie, I also like her mysteriousness with her past before and after Beacon. I also like her character design, weapon and her voice actress(she did an amazing job)

So where do I stand with worst mom of the year..? Neutral. We have more volumes and chapters to go maybe Raven will try to be a good mom and a better person? How knows. 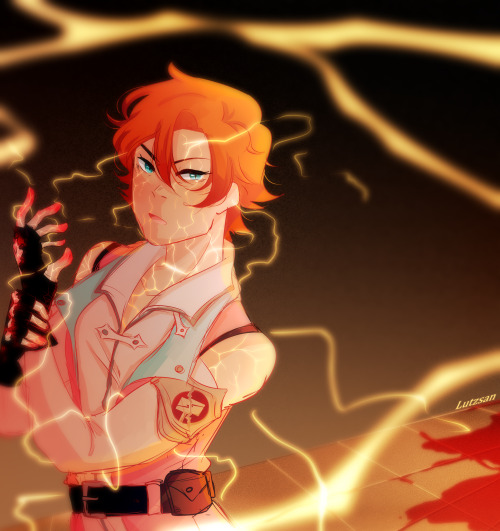 What if we get a second OP after this mini hiatus?

Salem: I will torture you one million times*torturing Oscar*

Yang and Jaune: *pointing at Salem*

Ren: *slaps her too*

RJY: *repeatedly slapping her and yelling at her not to touch the child.*

RJY: “Are you touching mah child?”

RJY: *proceeds to do the same to poor Hazel for physically beating Oscar up.* “DON’T TOUCH MAH CHILD.”

Emerald and Neo: *nyooms outta there.*

When I found out about JanuRWBY I realized it was a perfect time to do my yearly obligatory RWBY piece and I’ve wanted to draw Penny’s new look for a while now. 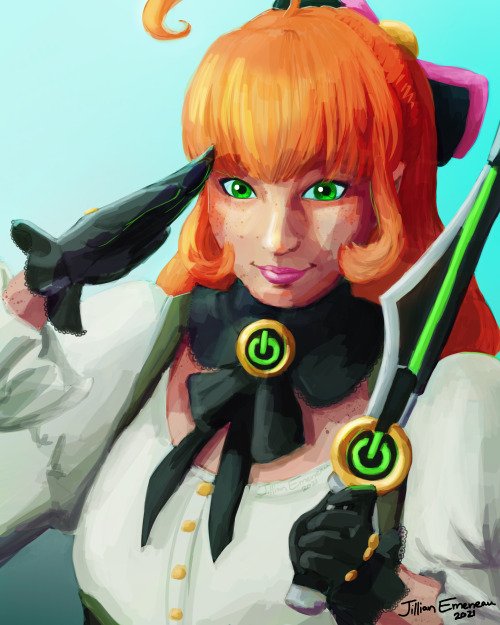 Is my memory just shit or is the hiatus prolonged

So…ElderBurn shippers or people who have been wanting Winter and Yang interactions…How are we doing?*sips coffee*

Come on, let’s do this

Yeah, I’m kinda aware of most of that
And when they talk then congrats Anon on them becoming officially canon ( if they’re already not..idk) , I truly hope you’ll enjoy this moment and it’ll be worth the waiting
Thanks for the update

Rest now, you did everything you could 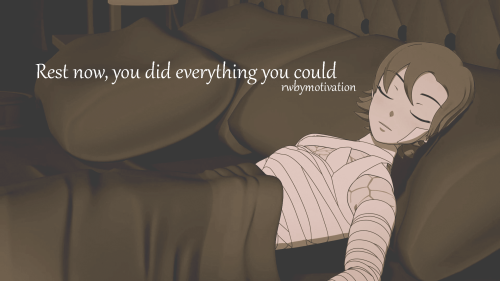 Well if I learn anything this vol is

My current mental state after watching RWBY volume 7 and Volume 8 Episode 7 and now I have to wait until February 6th for the latter half of the season.

Anyone else notice that Watts’s song “lusus naturae” and Ironwood’s song “hero” have that kind of operatic opening before the song gets into full swing? Also I’m sure someone has mentioned this before, but Ironwood’s line to Oscar in vol 7 “James is what my friends call me. Its General to you” and who continues to refer to him as James? Watts.

Your voice is strong, use it 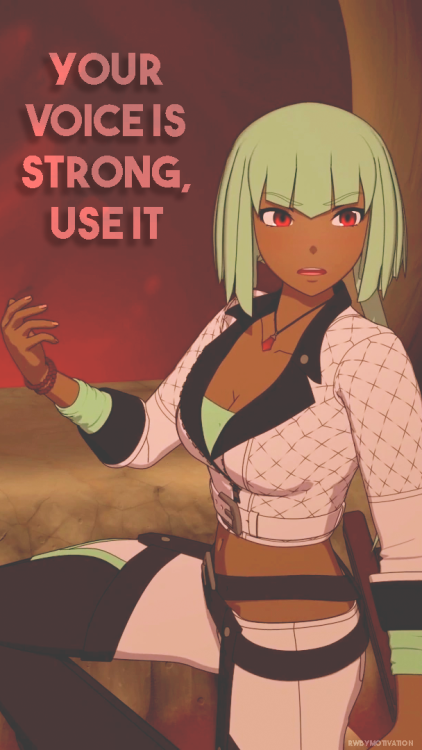 So now that Mercury is going with Tyrian to presumably Vacuo - you know what that means?

It means Mercury gets to join the Cousins of Chaos.

Also it means that our two Roman gods - Neptune and Mercury will get to meet.

My point is that Mercury is definitely gonna defect to join team SSSN. If he doesn’t kill Tyrian for being annoying first, that is.