One thing that kinda bothered me in ch 10 of RWBY Volume 8.

When Ironwood got the call that SDC ships were heading for Mantle, he said “Weiss”. While I understand why he said that, knowing that Weiss had her part in this, I’d prefer a “Whitley Schnee” much more.

Back in Volume 4, Jaques mentioned that James was a friend of the family and definitely knew the kids since Jacques claimed that James ‘stole’ Winter.

They could’ve made it as that the ships were ordered by Whitley, he’s the heir after all AND we finally would have seen something between Winter and Whitley. Them not even looking at each other in V7 was so weird to me and I think her surprise would’ve made this scene even better.

You held Weiss’s arm tightly. The two of you had decided to go to one of Yang’s parties together. Hearing the loud music and shouts of the crowd, your eyes met, orbs mirroring each others regret. Pulsing beats could be felt through the ground, colored lights nearly blinding you as you pulled open the door.

This a picture of 2 girlfriends who have just reunited.

My heart is melting I can’t take this fkhjsdafhdgfas 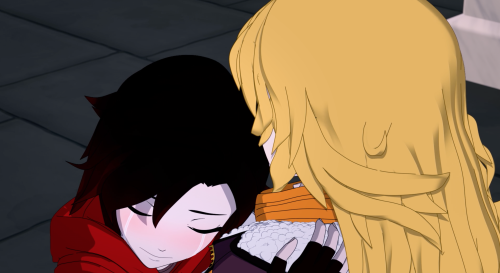 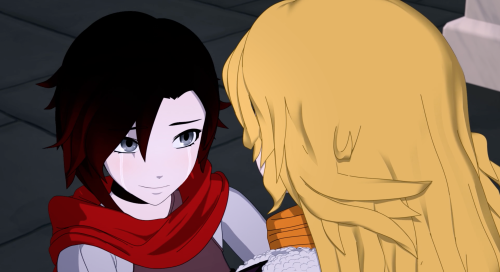 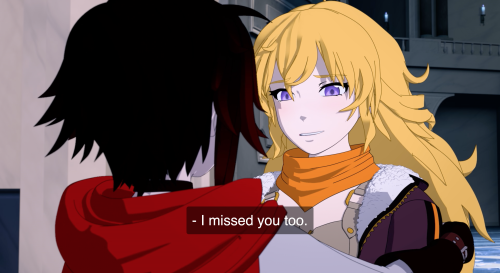 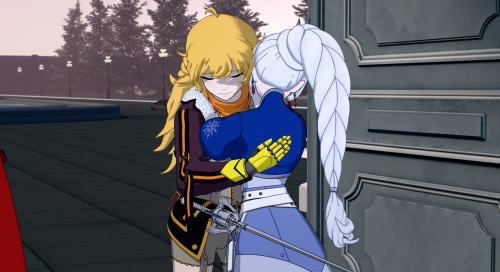 Can we talk about how anxious Blake obviously was, nail biting and all. I mean, yes we got that forehead touch, but look at her! She was so nervous after that explosion and immediately called Yang! Ugh beestill my heart

I don’t know, but I just really like the little looks Weiss and Whitley give each other.

Whitley is holding up Penny’s legs, which honestly doesn’t take that much off her weight, but the boy wants to help any way he can and so he simply does.

And mind you, if at all he probably only knows Penny to be “Mantle’s Protector” at best. But he knows she is in bad shape, somebody who needs help and somebody he can at least help get into the manor safely.

He looks at Penny worried and he glanced at his older sister worried about what they are going to do about this.

Meanwhile Weiss’ eyes go to and stay on Whitley first, worried and possibly checking on how her little brother is handling all of this. Then her eyes go to Penny again.

or….maybe I’m just seeing things, but I still like the idea of it all xD

Ruby Rose: Obviously a Ranger–her entire motivation for the first few seasons was just to hunt monsters, so of course she’s the class that is dedicated to monster hunting. Since she uses a Sniper/Scythe, I’d say her weapons of choice would be a Longbow for range and a redesigned Glaive or Halberd for close combat. Unfortunately, Rangers don’t get Great Weapon fighting as a Fighting Style, so she gets Archery as her Fighting Style–however, she should get Polearm Master, Great Weapon Master, and Sharpshooter as Feats, though probably Mobile as her Variant Human feat, increasing her base speed by 10 feet. As for Subclass, while Hunter would certainly fit her aspirations, the magical bonuses and spells from Monster Slayer fits her Silver Eyes way too much. In addition, going with the variant Ranger feature Deft Explorer, her walking speed would increase by five feet, which in conjunction with Longstrider would bring her up to 55 feet–and, if she were Hasted, 110-165 feet. If only Haste were a Ranger spell…

Weiss Schnee: Weiss is a Wizard–which seems obvious, but it can be a bit difficult because of how varied her skillset is. For one thing, her focus of choice is a rapier–a weapon that no wizard has access to–and for another, her Semblance offers her a ridiculously wide array of powers. However, both of these can be eased a bit if we allow for races–at which point, we could claim Weiss is a High Elf, and as such could be allowed to use a shortsword or longsword with some ease. As for Subclass, Weiss is a Conjuror–yes, she has some evocation skills here and there, but the bulk of her actual Semblance’s abilities is in conjuring creatures she’s defeated in battle. I don’t have as many feats for her as Ruby, though I do think she should pick up War Caster for the buff on Concentration checks, and maybe Defensive Duelist to give her a buff to her AC in combat.

Blake Belladonna: Blake is a Rogue, obviously–and, since we gave Weiss a race, we have to give Blake one–especially considering she’s the only one whose race affects her in-canon character. As fun as Tabaxi would be for the cat faunus, I’m actually leaning towards Dark Elf, since it would allow her better Darkvision than even elf!Weiss, and would be a fun nod to the contentions between the Schnees and the Faunus in a D&D setting. For subclass, she has to be Arcane Trickster–her Semblance of Shadow Clone fits too well with spells like Silent Image, Blur, and Mirror Image to pass up the chance for her to use them. I’m not sure what Feats I’d give her, though I’d probably consider Dual Wielder since she does use both the blade and sheath of Gambol Shroud quite a bit, and probably Skulker.

Yang Xiao-Long: Now, this was a bit tricky for me, because while Yang is characterized by her rage, pure Barbarian didn’t sit well with me. So, Yang is our first Multi-class character, picking up at least a few levels as a Monk to take advantage of both the Martial Arts fisticuffs and Flurry of Blows. I do think she should probably aim for at least 11 levels in Barbarian, since the Relentless Rage fits in well with her Temper Tantrum Semblance. For Subclasses, it’s a no-brainer–Berserker for Barbarian, and Open Hand for Monk, really getting the most we can out of the hand-to-hand combat we’re getting. Again, not sure on Feats for her, but I’d hazard she’d make good use of Tough, Savage Attacker, and Sentinel.

Weiss: How was the toy store

Ruby: It was a bust, Summer thought everything was for babies. Luckily Home Depo was having a sale

*cuts to a child playing with scythe*

Ruby: What? You’re the one saying she should play with gender neutral toys

I was thinking about Blake and her books when I realized she would be Kaisa from Hilda.  I ran with the idea! Please talk to me about both shows! 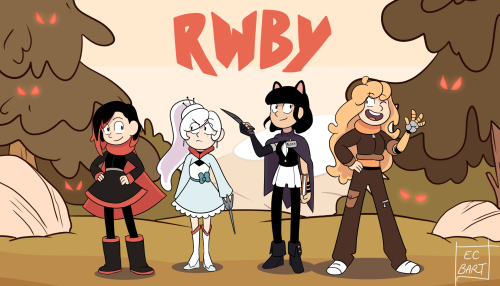 I’ve seen a lot of werewolf Marrow aus so here is my own.

Background image is not mine

all weiss knows is kiss girls and be cool

Got the idea from @rwby-rambles