Deuce had to wonder though: Were they doing everything they possibly could, to locate Sabo and Ace?

Their childhood is so adorable….

We did it gamers, i finally figured out how to make clouds look good and did some lighting pratice!! 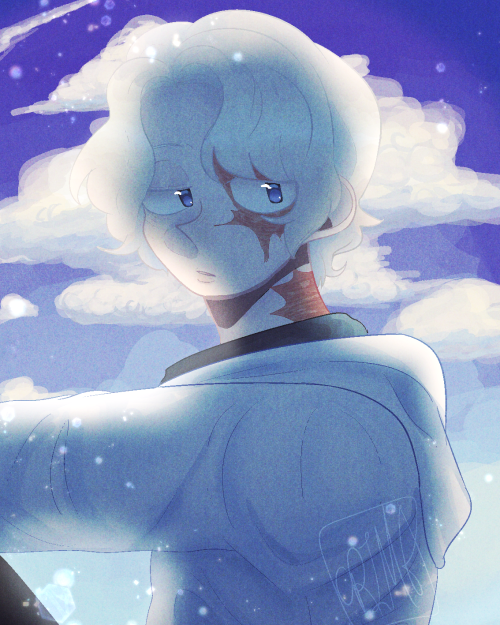 “We got away successfully.” Luffy said holding a luggage in his hands.

After the boys were done with their training with Garp. The boys appeared with swelled up faces,cuts and bruises all over their body.

Emilia had to apologise for quite a amount of time which was responded with Ace and Sabo frowning and Luffy crying. But of course they couldn’t be too mad at her. They would probably do the same plus she was the one who needs to treat their injury.

But one thing was clear. If they stay with Dadan, Garp who knows the location will visit and do these trainings again.And they really doubt they would survive it.

So they made a decision to leave the place and stand of their own feet and make a new place of their own.

After packing up and leaving a small note to the bandits, they were out in the forest searching for a proper place to stay.

“They aren’t coming to find us.” Sabo said grinning.

Ace then looked back .“She must be really happy now that her troubles are gone!” Ace grinned.

“You really think so?” Emilia asked as she smiled looking at Ace’s direction. “Because for me it looks like she just has a hard time showing her real feelings.”

“Huh? Of course not! She probably hates us” Ace said as he started walking away.

“Huh?” Sabo said as he touched his face after feeling a drop of liquid in his face “It’s raining!”

And no sooner, they found a cave under a huge tree which provided enough space to stay.

“This is exciting.” Luffy grinned from ear to ear. The childeren all leaned against each other to keep them warm and soon all of them fell asleep.

Emilia woke up as she felt a shuffle near her. She rubbed her eyes and looked at the figure. It was Sabo.

Emilia then stood up and patted her clothes to remove the dirt. She then walked towards Sabo who was outside looking up. “Sabo?”

Sabo smiled as he kept staring up. “Hey Emilia.” He said as he finally turned towards her direction. “How about we make our house here?”

Emilia looked up at the direction Sabo was staring at and saw a large tree which had equally large branches,which she didn’t really notice in the rain yesterday. “I think it’s a great idea. The branches also looks sturdy so we don’t have a problem of it breaking.”

Emilia looked at Sabo as he started working on the blue print. Since the boys don’t really do much other than fight ,she kind of forgot that Sabo was really smart.

Emilia did give him a few pointers but then the majority he pretty much did it himself. Emilia did have a whole life and adding this one made her smart but then the blond boy who was almost done with his blue print was naturally intelligent.

After a while Ace and Luffy also woke up and stared at Sabo’s completed blueprint.

“I designed our hideout.We can’t sleep outdoors forever,right?” Sabo said as he explained his blue print. “So we gotta build a hide out right here.”

“What about the materials?” Ace questioned.

“We can get them from Grey Terminal.” Emilia suggested, to which all of them agreed.

And after 2 weeks ,which is an astonishing rate, they completed the tree house.

“Awesome. It looks exactly like the design.” Luffy said with a grin, astonished.

“Even I have to say, we did a great job.” Sabo continued. He looked toward Ace and noticed that the latter had a serious look on his face. “What’s wrong,Ace?”

“This is a hideout so we gotta set up some traps.”

Emilia was sleep along with the rest in their all new tree house.That was until she felt a presence approaching thing making her wake up.

Upon focusing on it more she realised that the person was Dadan. Knowing that the woman is no threat, and is most probably here to check how they were doing, Emilia went back to sleep.

Dadan let out a huge sigh after finally climbing the tree. Damn those kids,picking the largest tree to make the house. Dadan thought as she walked towards the door of the house and looked inside.

“When they’re sleeping, they look like normal kids.” Dadan said with a grin, looking at the children with a kind expression. Just the Luffy turned in his sleep making the blanket fall.

“Oh no! You’ll catch a cold.” Dadan worried walked inside to cover Luffy with his blanket but as soon as she steped inside, she felt her feet being caught on a rope, activating the trap Ace had laid out.

The trap made a huge hammer to swing by making Dadan fly away.

Dadan who was now on the ground after a nasty fall cursed under her breath and then slowing stood up.

“Ouch!” Dadan said as she walked away. “I’ll never worry about them again!”

“Dadan!” A small voice called out.

“Huh.” Dadan looked back and saw Emilia running towards her.

“Here.” Emilia pulled out a small package and handed it to Dadan.

“What is this,brat? Ointments again?” Dadan said looking everywhere but Emilia. Did she see me coming to their house? The woman thought, panicking.

“Thank you for always looking after us, Dadan.” Emilia said.

“Huh?! I just came to make sure you guys didn’t get eaten by the tiger.” Dadan said as she swiped the ointment from Emilias hand and walked away muttering about not wanting Garp to get angry.

Emilia smiled at Dadan. Ace, I still think Dadan doesn’t hates us and on contrary I think it’s the opposite. Emilia thought.

Emilia also turned away and started walking back to their base. “But I’m sure you also know it, since you were looking the entire time.” She whispered to herself, looking at a certain part of the tree house, where Ace was previously standing.

#one piece, #sabo, #mary geoise, #Can someone tell me where he is?
24 notes · See All
lunartrashbinText

#one piece, #one piece sabo, #sabo the revolutionary, #sabo, #i luv him uwu, #my art, #potat things
10 notes · See All
salted-caramelText

Luffy: Kids can be ao cruel when they sense weakness…

Ace: That’s why on the first day, you gotta beat up the biggest kid in the yard!

Ace: Only if you let it be.

Man, the flashback episodes to when the ASL trio were kids make me really sad. I just wanna give them all a big hug!

Sabo: Unfortunately not as good as it smells.

devil fruits come in a large variety, but what we all want to know is what is the cream of the crop? i discuss the top 7 devil fruits as of 2020

These are all the crops I made of my OPBB illustrations this year.

I won’t put links in this post to avoid it not appearing in tags/searches (Tumblr does that sometimes), but you can find the full illustrations and links to both the fanfics in my and my partners’ blogs. Please go and read them!  ^^ 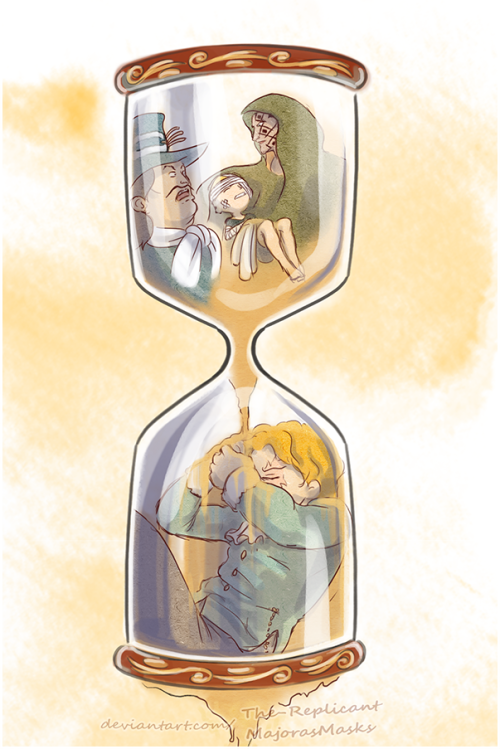 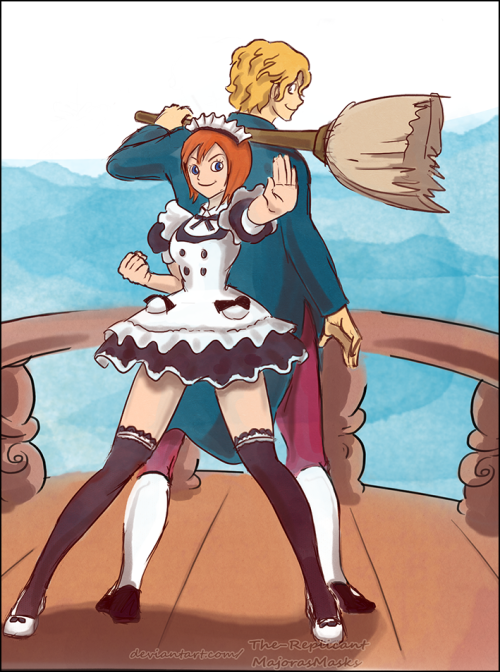 Hi autumn! Some Fluffy blond boi cuddles in a modern AU, is there anything else we need? I don’t think so. Enjoy! (ﾉ◕ヮ◕)ﾉ*:･ﾟ✧

Garp, ten years ago: Listen up boys, being a marine is a good life

Sabo: And then I said “So anyway fuck cops” and Garp absolutely lost it

Dragon: I am so proud of you

get your hand OFF of him 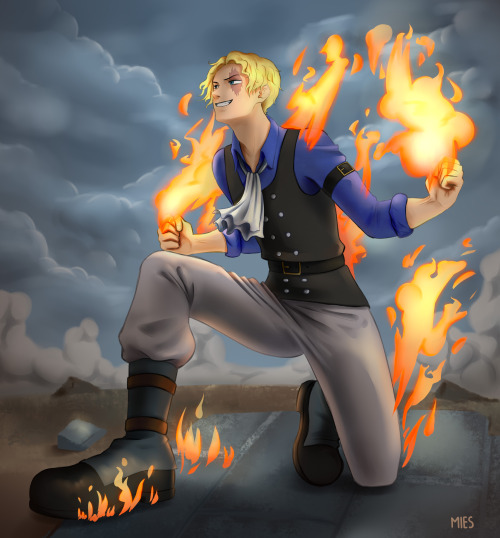