pondering outcomes that could have been different had I been smarter

“I can’t even imagine a world without Light.”

She just wanted to be loved

this but also trynna be less of an asshole 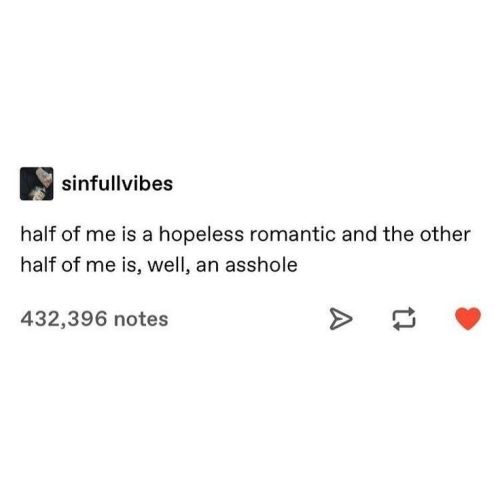 I want to feel adored

I want to feel the soft kind of love

I want my insides to feel strawberry pancakes

I want to fall in love,but I’m to scared to do so

「the canvas painted with sunsets」

-The only one Dazai trusts, to help him after he self harms or with an injury after a failed suicide attempt is Atsushi, because one day after Dazai had continuously skipped work, Atsushi was instructed by Kunikida to check up on and stumbled upon a bloody Dazai in his bathroom.

-Ranpo doesn’t give any sort of physical affection, to anyone he doesn’t trust(or anyone outside the Agency). He only initiates physical attention to those in the Agency despite it being very rare.

-Ranpo couldn’t give two flying fucks for anyone outside the agency, really.

-Kenji is transgender, and before joining the Agency had came out to his parents. Despite them not physically harming him, they did purposely use the wrong pronouns when addressing him. The only people who respected the fact he was was transgender were his siblings.

-Atsushi, Fukuzawa as well as Ranpo are the only ones who know that Kenji is transgender.

-Atsushi was raped and sexually harassed by one of the staff workers in the orphanage from the age of eight till he was fifteen. Not even the Orphanage Headmaster was aware of this, however after Atsushi turned sixteen, the worker transferred to a different orphanage from the fear of someone finding out about what he did.

-Sometimes, Atsushi has very dark thoughts concerning suicide, and especially after Atsushi escaped, he had thought of committing suicide.

-Tanizaki and Naomi’s parents were alcoholics & drug dealers who often neglected or emotionally abused them. Tanizaki tried to shield Naomi from this, and usually was the one who suffered the most from backlash. They escaped after turning sixteen and after that lived in a spacious apartment from the money provided by the agency.

-Kunikida has the most normal childhood out of everyone. However his ideals routed from way back when he was a child and was first exposed to the cruel side of the world, since his parents weren’t always there to shield him from everything.

-Yosano doesn’t use her ability on Atsushi if the Tiger isn’t able to heal everything as fast, except if it’s fatal, because the first time she tried to use it, he didn’t even react, choosing to mentally numb himself in order to protect himself.

-After Kunikida noticed that Atsushi would flinch whenever he shouted, or slammed his hand on something, he actively tried to minimize doing such things in front of Atsushi.

-Kyōka sometimes has nightmares about the murder of her parents or her victims.

-Atsushi has abandonment issues, and often fears that when his usefulness will come to an end, he will be casted aside by the Agency and forgotten.

-Ranpo isn’t afraid to use torture methods or any other methods wether they are emotional, mental or physical if the situation calls for it.

-On bad days, Yosano won’t be able to hold anything other than a cup because her hands will shake too much for her to hold anything heavier, this happens rarely after Yosano has flashbacks from her time in war.

-Kenji isn’t as oblivious as he seems, when it comes to cruelty. In his time with the Agency he was been exposed to violence as well as murder.

-Atsushi has the highest pain tolerance, and still continues to do so.

-Whenever Dazai uses his ability, “No longer Human”, it actually hurts him which is one of the reasons he wears bandages. Other scars are form his time in the Mafia, failed suicide attempts, and even from some cases while being in the Agency.

-Fukuzawa will know when his time will come, if that’s in the battle field or surrounded by loved ones, he will know.

-Perhaps, the only thing keeping Atsushi going is spite and vengeance while other times it is sole purpose of him saving people just so he can reassure himself he deserved to have been saved too. When all the spite is gone leaving him an empty corpse and when he has saved as many people as possible, he will probably let the Headmaster drag him down to the pits of darkness.

-Atsushi has displayed suicidal tendencies, especially when it comes to saving other people since he will disregard his safety from the sake of the person he is helping. Even if that is his enemy.

-Dazai will probably achieve the perfect suicide at the end of the show, even if it won’t be with another woman. He will be able to rest when the show is over and live up to his name as ‘Dazai Osamu’.

-Atsushi sometimes lays awake at night, wondering if he will see Dazai the next day or if he will be met with a grave instead.

-Kunikida is the most uncomfortable with Dazai’s suicide related jokes.

I might do some happier ones next time but I’m not sure, also keep in mind that this is my opinion ^^

Do you ever feel like you’re dying even though you know you’re not? That’s how I feel right now.

remember when i told you that
i dreamed we kissed,
your hands resting on my face
with my arms around your neck
and i felt alive?
without you
everything is blue
and i wish we could’ve hugged on that night
when things fell apart.
our picture is still on my wall,
of when i awkwardly kissed your right cheek
because your mother told me to do so.
i sing melodies by myself,
talking to the the stars
and wondering where you have been,
i just want you to be happier…

I can feel your energy,

I can feel it taking over my body,

I wish I didn’t, I wish it wouldn’t

It pulls me down,…down, down, down

I just want to cry,

I just want to run,

I just want to scream.

I get annoyed at you,

I get annoyed at me,

I wish you wouldn’t let it win

But instead it fills the house,

I can almost see it in the air,

If I go to bed, will it still be here tomorrow?

There’s nothing I can do,

I try to hug you, but you prefer the dog,

I feel like you’re mad at me, but I know you’re not,

I honestly know you’re not!

Anything that comes out of my mouth is met with snaps!

I know everything, yet I know nothing,

You’d think I would know how to handle this, but I don’t,

There’s been plenty of times to learn, and not just from you.

I could probably handle it if it wasn’t so regular,

I barely have time to enjoy the good,

Or I could probably deal with it if I had someone to talk to,

But she left three years ago, now I feel so alone.

it’s a fucked up world, why you expecting perfection

Do people live every single day of their lives wanting to die, or is it just me ?