sakusa makes alternative rock playlists and sends them to ushijima, who gets really flustered everytime it happens.

I’ll change the pet to a musk turtle instead of a tortoise if that’s okay!

Donashello - Donatello (for those who didnt get it)

Thanks for requesting, I hope you liked it!

send an ask if you want to be added!

Original Request: Could u do sakusa getting in an argument with s/o but they make up

A/N: I got kinda depressed writing this…fighting with your s/o is never fun 🥺🥺

The apartment had been silent for three days now. Usually he came home to the low hum of music playing from the speakers in the living room while you sat out on the balcony finishing whatever you were working on for the moment. But you’d left three days ago, a note on the kitchen fridge letting him know that you were going to visit your parents. The unspoken “Don’t follow” rung loudly among the slanted kana, written in a fit of anger that was as bright as the red pen you’d used. The idling thought of how it was bad luck—fatally bad—to write your name in red ink crossed his mind. You must have known that but had chosen to do it anyway.

He wanted to burn the note or shred it into tiny pieces until the red ink was nothing but a mess of scattered lines. But, he doesn’t because they’re the last words he’d seen from you since you left. 21 text messages the first day. 17 text messages yesterday. Another 14 since he’d woken up this morning, all read and unanswered. Komori had told him to give you time and space, but the anxiousness he felt only grew the longer you were away. Swallowing the lump in his throat and the irrational desire to take his keys and drive to Kyoto to apologize, he turned towards the fridge, pulling out a bottle of water to wash away the bitter taste in his mouth.

“What are you doing, you damn kitsune!”

This is for the SakuAtsu week that ran on twitter a while back. 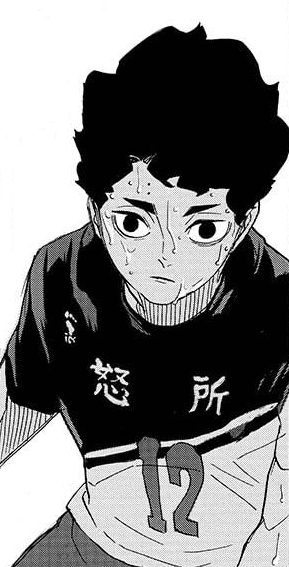 Atsumu: *Pulls on a pair of sunglasses*

Sakusa: We are inside. Why are you putting those on?

Atsumu: Wait for it.

*Hinata walks into the gym*

Sakusa: *Gags in his mask*

Heeey, my page is an art page but since i’m an editor too, i think i’ll post some animations :) [it’s mine so pls don’t use it without permisson!!]

(ps: i may do other animation of sakusa bc i’m making an edit of him let me know if i should post them!)

I present to you…

Blushing Sakusa who needs a haircut

every lifetime is a new one. no actual reconnections to the past. but what if that reconnection is suddenly there?

anno domini tag list: @infamouswhitepaws @woozxs​ (let me know if you want to be added/taken off!!)

“Sakusa-san? Sakusa Kiyoomi, is that you?”

Sakusa looked away from the menu, staring right back at the girl. She was staring at him intensively. He furrowed his brows. Who was that?

There was a slight sting going through his head right as she had talked, but Sakusa ignored it—just like he had the previous times.

“Mister Jung, this isn’t the time for autographs. We are only getting coffee.”

“I told you to not call me that,” Sakusa said, side-eyeing his bodyguard. He bit his tongue. That man needed to stop being so damn nosy all the damn time.

The bodyguard in question shrimped immediately and yelped a quick, “Yes sir.”

“Two regular blacks and two Frappés,” Sakusa said blandly, not reacting to his bodyguard anymore. He tried his hardest not to make eye contact with the girl.

Her stares were making him anxious, not knowing what to really do. He made sure not to stare back at her.

But after another minute of her not moving, he coughed. “Our coffees, please?” he said, annoyed now.

“Right!” she said, startled . It looked like she hadn’t been paying attention to anything else. Her expression lightened as she quickly repeated the order Sakusa had given her, and she went to work.

He brushed off his bodyguards to find a spot in the—empty—cafe. Sakusa stayed behind. He observed her a little closer.

While she was busy with his order, Sakusa grabbed his phone, trying to look up his name on the net. No hits. No hits were followed by his name. Very odd.

He searched the net for his other name. A lot of hits. Especially about his celebrity status and stalker posts about his whereabouts around Tokyo.

He put his phone back in this pocket, his hand not leaving the fabric, scratching his right arm with his other hand. He was probably the only one out of the two of them who found the air unbearable around them.

Summary: A scenario where they fought: Sakusa was angry but Atsumu wasn’t taking him seriously.

I CAN’T SPTOP AFTER THE WOIRLD GOT TO SEE LIYTTLE KOMORI!!

My new lock screen wallpaper! I made it using an edit done by @bokutoes 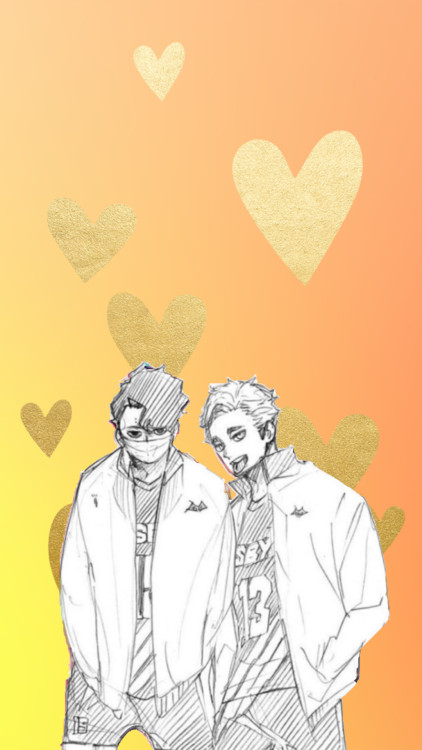