WATCH THE 2ND OFFICIAL TRAILER FOR  : THE FALCON AND THE WINTER SOLDIER, RIGHT NOW !!!

I need help .. If I confess to Sam today, will I be in trouble with Bucky?

out of all of the avengers, which one has an inexplicable love for country music and it just absolutely pisses all the others off?

#like im curious, #if i had sam wilson in my life and one day he just disappears to go do god knows what id be concerned, #sam wilson, #just talking, #like specifically the mcu
1 notes · See All
darkherolovercroissantText

I was thinking about sam and steve’s relationship in the comics earlier (as you do) and I was like “wow sam and steve have been partners since the 70s and they’re really close to the point where steve lived in Harlem with sam for a while. There’s also the comic panel where it looks like a proposal when steve is trying to ask sam to be his partner. There’s also the fact that they always show up in each other’s books at one point or another”. And then i thought “hmm why isn’t this a more popular ship like say stony or spideypool?” And then i remembered that the answer was racism

Bucky: Love is a weakness and an evolutionary mistake.

Sam: You are literally making a Valentine’s Day card for Steve right now.

Steve: I can’t ask you to do this Sam. You got out for a good reason.

Sam: Captain America needs my help. No better reason to get back in 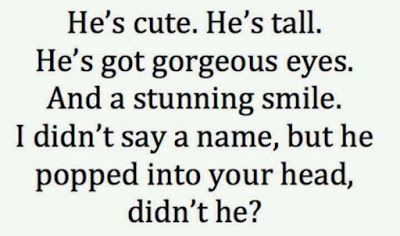 #sam wilson, #sam wilson sundays, #sambucky, #samsteve, #samstevebucky, #not me making content in MS Paint 🤦‍♀️, #[Dreamweaver playing in the distance], #if you don't get that reference you're too young for this blog, #anthony mackie, #sebastian stan, #chris evans, #bucky barnes, #steve rogers, #ugh too many tags, #behold: my stuff
97 notes · See All
captainamericasamwilsonText

Y'all remember a while back when people made posts like “steve would support LGBT rights! Steve would support women and immigrants!” And all this other stuff? Why didn’t I see posts about that with black characters? Y'all don’t think rhodey would support those same things? Sam? Is it because you don’t wanna see black men be progressive as well? Also with sam in the 616 canon he does support LGBT rights and immigrants and is anti corporation. Why aren’t y'all talking about that? Why do y'all praise white male characters for the bare minimum?

Steve tackled Sam to the ground, and the second his back hit the cushioned gym floor, Darcy glanced up from fiddling with her iPhone. She was careful not to turn her head, only her eyes. Because if they saw her staring, then there’d be no stopping them.

Sam grinned up at Steve and rolled him over on his back, pressing his knee into Steve’s inner thigh. “Gotcha.”

“By playing dirty,” Steve countered through clenched teeth, wrenching his leg out from under Sam’s. He grabbed Sam’s arm and twisted it around, rolling with it until he had the other man on his hands and knees, forehead pressed to the mat yelling ‘uncle!’

“What?” Steve asked, laughing a little.

“Uncle Sam,” he growled, pushing up on his knees and throwing Steve off him and into the pile of mats across the room.

Darcy snickered and they both looked up, grinning widely.

“See?” Steve said, pushing to his feet. “Told you she was watching.”

“Watching you get your ass kicked, maybe,” Sam countered.

“Oh, is that what was happening? I thought I was letting you look strong for our omega, but maybe I oughta actually try this time?”

Sam rolled his eyes and settled into a stance, bent forward, with his hands out in front of him, like he was preparing to wrestle a bull or something.

“I’m going back home,” Darcy said loudly, and Sam immediately abandoned the fight, straightening up to follow her, which left Steve to barrel towards him into nothing, rolling forward and crashing into the opposite wall.

“Haven’t done it yet, so I’m not really scared, Rogers!”

“You guys are idiots,” Darcy said. “Seriously, the macho routine isn’t necessary. You already have me. Both of you.”

“But you like watching,” Steve said, appearing by her side. “Oh, and on your left.”

Sam and Darcy both groaned in unison.

happy last Sunday before Halloween!!! I’m starting this pretty early in the day (for me anyway) so I can get some blurbs done before I get super busy later in the day. you can send requests all day though! and whatever I don’t get to today, I’ll finish up tomorrow🥰 not many will be horror related, but I thought it would be an interesting thing for me to try, since I haven’t really done anything Halloween-ish (aside from an upcoming Steve fic 👀)

anyway, hope you’re all having a great weekend!

Bucky : “I meant for lunch”

Sam being forced to confront his past including his dad, nephew, steve and hydra steve, and snap wilson

- Anthony on his bromance with Sebastian

Everyone talks about bucky with rj and kobik. But what about sam with joaquin rayshaun and redwing??

Look at how cute they are!