In which Remus somehow convinces the boys to play strip poker, which devolves into some serious gay panic for Roman.

Warnings: mild nudity? I guess? I mean it’s strip poker what do you expect is gonna happen

#sanders sides, #prinxiety, #intrulogical, #have this silly little fic i wrote, #cuz i was bored and time means nothing to me now, #also i was like half asleep so sorry if theres typos and shit
0 notes · See All
lovely-lesionsText

Would you like to see Janus as a puppet ?

#isnt he beautiful, #i like his hat, #i spent to much time on shading his clothes, #his face is creepy and i love him, #my wooden child, #sanders sides, #janus sander, #he has a long nose cause he do be lying
0 notes · See All
spoofy-drawingsText

Here, have a late drawing from Janus’ playlist while I doodle some Remys-

“Come Little Children, I’ll Take Thee Away, Into A Land Of Enchantment.”

Roman: I understand it!

Roman: Okay, I get what it is!

Roman: Alright, maybe I don’t have a clue what’s going on but I’m trying you bitches! 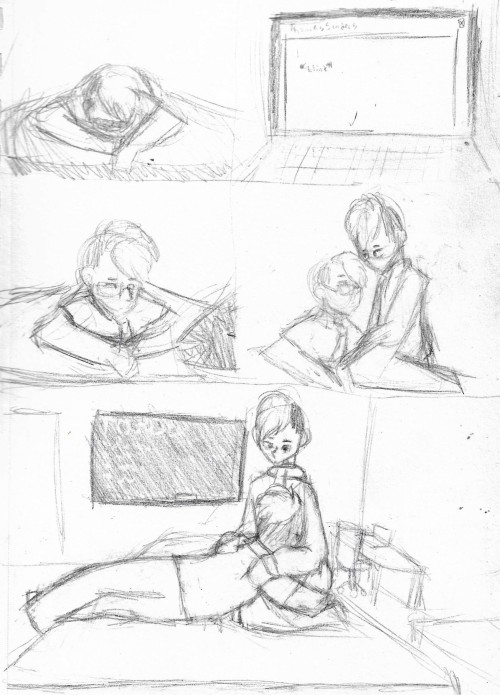 Point is…. there’s never only one correct way to interpret a character. If either sympathetic or unsympathetic Janus or Remus upset you, absolutely block the tags and try to avoid them. But they can be incredibly fun and interesting characters either way and I’m just gonna enjoy that about them.

part 2 of undead au! these drawings r so low quality but lately i’ve been tired and lacking motivation so 🤷‍♂️🤷‍♂️ sorry they look bad

so we’ve gotten top patton, himbo roman, and now slut character thomas. what are your guesses for the next piece of forbidden information we’re gonna know?

When you suddenly hear Janus’ theme playing during a video;

When the camera is no longer rolling it’s more likely to see Logan in Remus’ clothes, than Remus in Remus'clothes. Logan has at one point stolen every article of Remus’ closet, and worn it. Just to wash it and eventually return it, before starting the whole cycle over again. Remus doesn’t mind to be honest, Logan looks cute in his clothes, and he’d soon stake his own heart than tell Logan to stop.

Remus’ prime napping spot is one hundred percent Logan’s thighs. They’re fuckin warm, soft, and perfectly squishy so therefore, they are his pillow and he will let out a demon growl at anyone who tries to take his napping spot from him. Roman learned that the hard way unfortunately, when Remus made a sound like something from Tartarus’ asshole.

When Remus is in an unfortunate art block, Logan will often help by just word vomiting random things. Facts, words, or scenarios. He has it all until he says something that manages to inspire Remus to create something if he really wants to create. And if that doesn’t work, Remus gets his napping spot and a bunch of movies to take his mind off of it.

-Role: Creativity (Also Intrusive Thoughts but much less at this point)

-Eye Color: Green (Can change itself to red or mix with red If the relationship with his brother is stable)

-Age of Existence as The King before the split: 12

-Age of Existance as The King now: 28

-Power: Can muffle other people’s voices, can create anything, can help others be more creative/imaginative + can outscream everyone but he rarely does that.

-Best friends with Virgil and Janus

-Twin Brother and other half of Roman

-His relationship with his twin brother is very complicated

-This boy has a morningstar!

-Has a tiny crush on Virgil but would rather die than admit so. (The other way around is different though)

-Thinks that the Dark Sides should be viewed better than they actually are despite their personalities.

So now he pretends he dislikes him.

-Janus is still “The mom friend” to him.

-When angry burns his energy smashing random created things, unlike Janus who gets overly emotional or Virgil who basically plots to destroy the anger source or listen to music in silence to calm himself down.

-Thomas finds him and his humor funny and interesting.

-Is described as “The Duke” since he’s just a half of the King.

-Gets very melancholic and nostalgic thinking about the times when he and his brother were on good terms or when they were The King.

-THIS BOY TRIES HIS BEST

Eye color: Red (Can change itself to green or mix with green If the relationship with his brother is stable)

-Age of Existence as The King before the split: 12

-Age of Existance as The King now: 28

-Power: Can make people “fall in love” with him (It’s basically a hypnotic spell to give in to his orders as he showers the victim with compliments) [Mostly does that to Janus but he actually means it], can create anything, can ^control people, can steal someone’s ego (He does that by kissing the victim on the lips [Roman you dramatic bitch] not only does he drain the victim, there is a high chance that the victim may die do to his lips themselves being as poisonous as the rest of his body. The ego is collected in forms of crystal balls, the more bigger the ego is, the bigger the crystal ball)

-Hates his brother, mostly because he doesn’t understand that the other still loves him.

-He doesn’t yet realize that his doings are wrong.

-Despised much by Virgil.

-This one has a samurai sword

-He usually means better than he does but it never works out the soft way unfortunetly.

-Way over hills for Janus. Will do anything for the Light Side and will also do anything to get him to fall in love with him.

-Regrets his actions and doings but thinks there’s no backing out or fixing stuff anyway, since its already too late.

-Doesn’t actually want to kill Janus by poisoning, but he really wants to kiss him though and its frustrating, sometimes he can lose himself by just looking at him and doesn’t realize if what he does is right or wrong.

-He claims he doesn’t care about anyone except himself and Janus now, but those are actually lies.

-Raised as a dark side and doesn’t understand the sense of the morals of the light sides.

-Really wishes he could go back in time and handle things that he actually did.

-Sometimes gets very melancholic and nostalgic thinking about his past as The King or while still being with his brother.

-THIS ONE IS A LIVING REGRET

Please remember to tag the newest short and all edits with it as “#flashing” or “flashing lights”!!!!

So I painted janus’ logo on my pop socket

if patton’s only reason for becoming a giant frog in pof was frogger then why was he so buff. frogger is not buff. yet lilypadton has a six pack. therefore it stands to reason that patton himself is actually buff as hell and fits into the jock archetype. in this essay i will

#listen he's a jock to me, #a soft dumbass jock with a heart of gold, #he plays soccer, #fight me, #patton sanders, #lilypadton, #sanders sides, #thomas sanders, #ts patton
4 notes · See All
Next Page