They had to throw out their bunk beds because remus was losing so much sleep and everytime Remus brought it up to him he denied it, claiming that he’s too graceful to snore and he must be hearing Virgil instead.

Meanwhile Remus is over here hallucinating because he got one single second with his eyes closed.

Happy Birthday Patton! Also a gift for @marsofthestars since I’ve been promising to show some art and eventually finish the fanfiction. 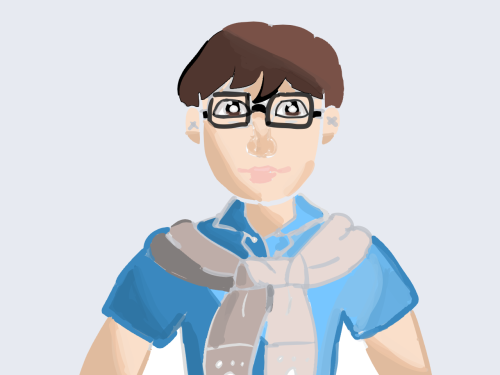 I just love Patton in his skirt so I decided to make it into a dress. He’s holding a frog btw.

Thank you all for supporting me on all platforms!

(Drabble time! This one is inspired by mine and @bonthescottishvamp‘s current rp)

They barely made it home this time.

Sharp but tired breaths fill the air as Roman drags his little brother through the door.

“You didn’t have to fight them, Rem.”

“And let them suck on your blood, Ro? Please, you know I’d always fight to keep you safe. You know that.”

Roman sets Remus down on the couch, the stench of vampire filtering in the air now.

“I do but I worry one of these days you’ll lose a fight and I’ll lose you. You’re all I have left.”

Remus sits up. Or tries to. Pain courses through him with every movement and it makes him hiss.

So he joins his brother, sitting by him on the couch.

“More like stupid. What am I going to do when you die and I’m still here?”

The younger twin thinks about that. What will Roman do? He’ll be alone and defenseless and no one will protect him…No…he’s going to tell him that. Instead, he reaches up and wipes away the tears rolling his twin’s face.

“Well, you won’t need me anymore…”

The original Idea was to make him fall from the sky, but then I listened to this Mashup of AJR Songs and thought “Listen Chell, weird concept but: how about you draw something less depressing?”

And this happened :3 Hope you like it. I am looking forward to Virgil’s character development! 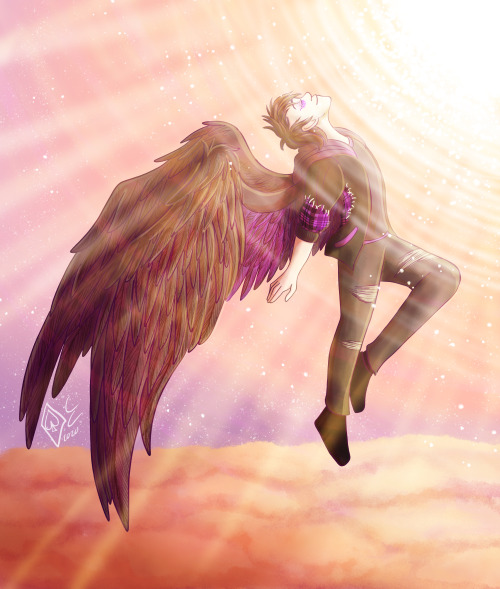 Head cannon: Logan likes teen titans go, he likes watching some thing stupid and silly and turning his brain off every once in a while and Roman wants to punch him everytime he asks to watch it.

uhmmm patton in a made dress anyone????

Logan: Does that mean I can’t call you daddy-?

Patton: NO- *clears their throat* I mean, no, no, that’s fine

It’s a reference to our roleplay and we think it’s pretty funny.

Also, Patton’s a top, Logan’s a bottom, no, I don’t take constructive criticism

Janus and Logan turning Roman into their obedient little boy with praises and good treatment.

They’ve seen how harsh and critical the others have been to him so the two take Roman in and treat him better.

Roman happily obeys for more praises and feels safer around Logan and Janus.

Janus and Logan protect Roman, one always keeping Roman calm while the other defends him from whoever tries to hurt him.

Aww one day Logan and Janus wake up early in bed and smile fondly when they see Roman curled up between them with a tiny smile on his face.

Roman is still wearing the collar they put on him last night and his hair is a pretty mess.

Logan and Janus give him a kiss and it wakes Roman up.

“Morning…” he says, still in his sub space.

“Did you sleep well, my little prince?” Logan chuckles quietly.

“Uh huh. Dreamed I was on a fun date with you and Janus.”

Roman squeals happily and wiggles. Janus and Logan chuckle softly. They loved morning moments with Roman like this.

Roman tries on a skirt for the first time and shows it to his boyfriends.

Janus can’t help himself and gets all handsy, running his hands up Roman’s legs.

They love how he looks in it.

I was listening to Snowman by Sia and then I listened to a male cover and holy shit imagine this.

He’s having a winter ball at his castle and he’s currently dancing with Logan and Janus in the soft and warm golden glow of the large fireplace nearby.

Roman is slowly being moved between Janus and Logan.

Janus and Logan singing quietly to him as the song plays faintly in the music.

And Roman feels like he’s hypnotized with Janus gazing into his eyes and Logan caressing his cheek.

so here it is! the first episode of my new comic series all about my oc. feel free to make your guesses and theories for him in the replies!

•The Vicar and the devil•

This is a short, 3 page comic of an idea I thought of. I haven’t expanded this plot yet, however, the basis is that Patton is a Vicar and Remus is a spirit demon.