you know i had to do it to him. (thank you @zirkkun for the idea of huntsy in some lolita fdjkjdksf;;) 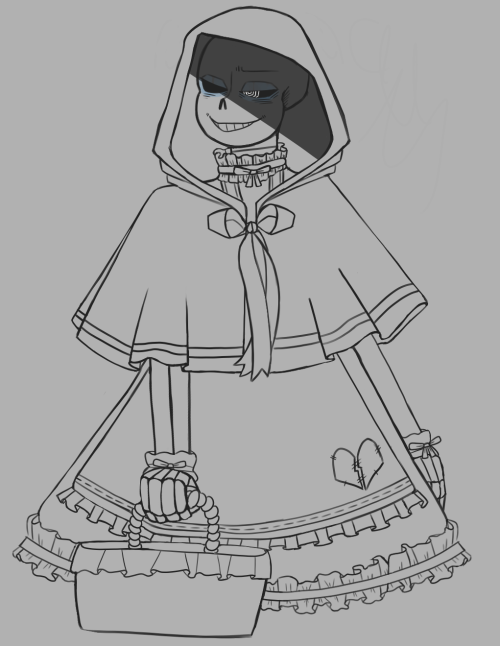 #now he really is a wolf in disguise hehe, #maybe i'll clean this up and color it some day, #but for now have a doodle!, #huntsman!sans, #undertale, #sans, #undertale sans, #alch!art
20 notes · See All
whyiswingdingsafontAnswer

This just kind of ended up as random thanksgiving headcanons for if they all celebrated together, hope that’s ok!

-The horror variant sanses and papyruses definitely eat a lot during thanksgiving, but they can eat more without feeling sick.

-Ht!Wingdings can only eat with a straw because of the damage to his mouth, so he misses out on a lot of the food. He does manage to eat mashed potatoes and gravy, as well as some pumpkin pie, though.

-Everyone has to stop Hf!Sans from eating the entire ham

-They had to make another apple pie because Bt!Wingdings stole the first one

-Bt!Wingdings was banned from the kitchen for a few days. Bt!Sans was also banned after attempting to steal biscuits to share with him.

-Dancetale Papyrus and Wingdings set up decorations and ambient music

-Most of the skeletons who can teleport were tasked with grocery runs and delivering food to their friends (ht!paps and hf!sans wanted to make sure everyone else had something nice to eat)

-Hf!Papyrus used the leftovers to make everyone meals for a few days after (they made A LOT of food)

#fanart, #my art, #sans, #sans the skeleton, #undertale, #cat ears, #catboy, #sans is a catboy now, #I have regrets
0 notes · See All
hyliantimelordin221bAnswer

maN newna drew something good for this I Know She Did. her sanster is wonderful i’m gonna try 2 find it and i’ll reblog this later w/ the link to it 😭

I’m not personally big on deltarune theories since i feel like there’s so much of the game left to be discovered that it’d be pretty hard to guess things correctly rn, buT god, gaster taking a Special Scientific Interest In Him bc he’s from another world,, and that interest slowly turning from Scientific to something decidedly Less So as they spend more and more time together,,,,,,,,,,, 🥺🥺🥺🥺🥺🥺

Is this going to be a pure skeleton dump art blog?…. maybe….

I saw a post from @ratsoh-writes about Rancher (Farmtale! Paps) being scared and confused about meme references and I-

Wow this is very bright, it murdered my eyes

Please enjoy this Snas, he’s very pink, which suited the song I was vibing to for over an hour

Note: Commissions are back open! Feel free to message me for details ✨

COMIC IS BACK NEXT IS IN PROGRESS!!!

Undertale Sans and Toriel- Pun buddies! They’re good friends and enjoy telling jokes/stories together. They also like baking together (or rather, Toriel bakes and Sans steals food and tells jokes)

Underswap Papyrus and Asgore- They’re friends, but the type of friends that don’t necessarily need to talk or interact to enjoy each other’s company. They like to talk and have tea together, but they also enjoy just being in the same place and doing their own things.

Underfell Sans and Toriel- They aren’t really friends. They tolerate each other and Toriel lets Red babysit Frisk, but that’s the extent of their relationship.

Swapfell Papyrus and Asgore- They’re tentative friends. They aren’t at all hostile, but there isn’t complete trust either. They become closer after reaching the surface. In the Underground, Rus would keep Asgore informed about whatever was happening outside the Ruins. In return, Asgore would leave food or tea outside the door for him. On the surface, they talk more openly and go to each other for advice.

Dancetale Sans and Toriel- Dancetale monsters are naturally very social and when Toriel first started talking to Remix, she was very excited. The monsters in the Ruins are nice, of course, but Froggits and Moldsmals aren’t the most conversational monsters. Remix was just happy to have someone to joke with.

Birdtale Sans and Toriel- They had a game in the Underground that was essentially: Crow tries to get into the Ruins and fails, and Toriel pretends to give him helpful hints as to how to get in. They both know Crow can’t access the Ruins, but they have fun talking sarcastically to each other about him eventually figuring it out.

Horrortale Sans and Toriel- Toriel is gone. Skull misses her sometimes, but ultimatly prefers not to think about her.

Horrorfell Sans and Toriel- Bones was never her friend or anything close to it, but he wishes she’d lived because things might have turned out better.

#help me, #promare, #promare superfly, #undertale, #sans, #Megalovania, #Music, #someone please God I will pay you to make a mash up of this, #shit posting
3 notes · See All
un-fortunate-slothText

Not me doodling potential scenes/plot points-

I got to a certain scene in Handplates during lunch and my heart couldn’t take the wholesomeness so I immediately had to draw it before working on anything else. Why am I like this? No one knows. XD Don’t know how to draw bone feet yet, so you get little socks (?) I guess. 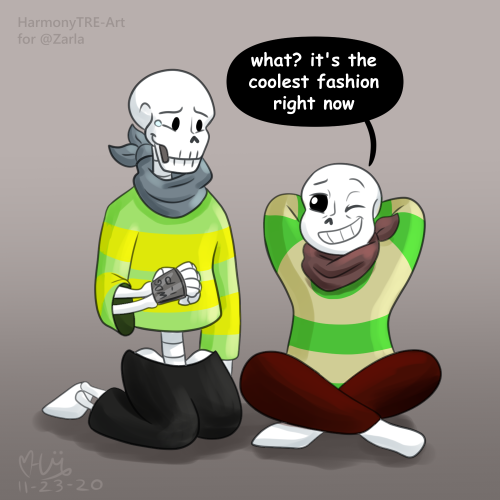 What you can do when you are friend with Succe;

* His preferred style (For his lover): Casual

* His type: Someone that would let him take care of them. someone who doesn’t mind him being submissive one moment, and dominant the other. He doesn’t like being in a specific little box. He wants someone who’s open-minded like him too.

* His preferred height: shorter than him.

* His preferred relationship with his family: His brother is dead, so please, don’t call him bad things.

* His Preferred Genitals (For his partner): doesn’t matter

* His preferred role in the bedroom (For himself): Switch

* His preferred role in the bedroom (For his partner): Switch 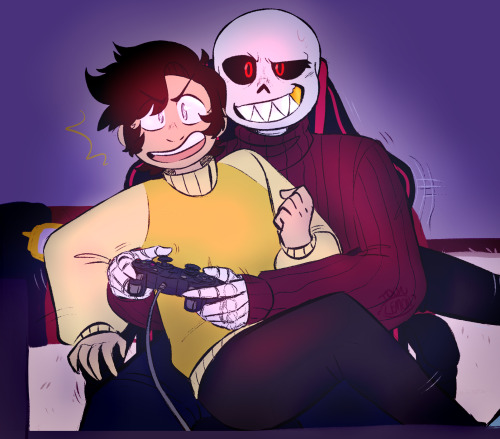 #undertale, #bonely hearts club, #underfell, #sans, #underfell sans, #self insert, #lemonart, #I love gamer couples sharing chairs ok, #u gotta get those cuddles in between matches, #it's a little dangerous but oh well, #if we fall we fall together
40 notes · See All
Next Page