Plot twist I don’t regret it at all 🤙 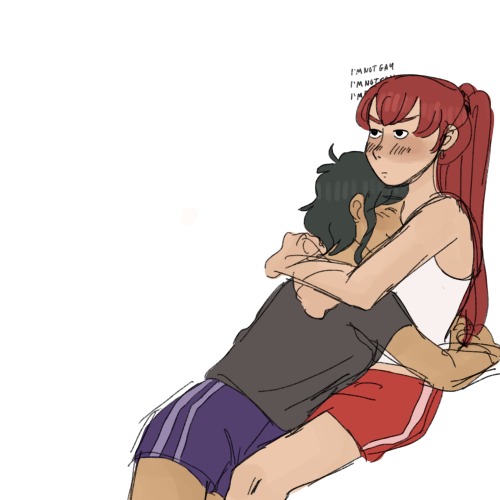 #let me out.......... leT ME OUTTTTTTTTT, #quarantine mcfreaking sucks dude, #took my adderall for the first time yesterday because i got adhd and it is KICKING my ASS, #and i ended up staying up until five in the morning, #to be fair, #i prolly took too much 💀, #anyway, #my face, #mine, #wlw, #sapphic, #lgbt, #girlswholiksgirls, #bisexual, #grunge aesthetic, #peep the reen day shirt, #because da g was cut off 💀
7 notes · See All
mermaidhugsPhoto 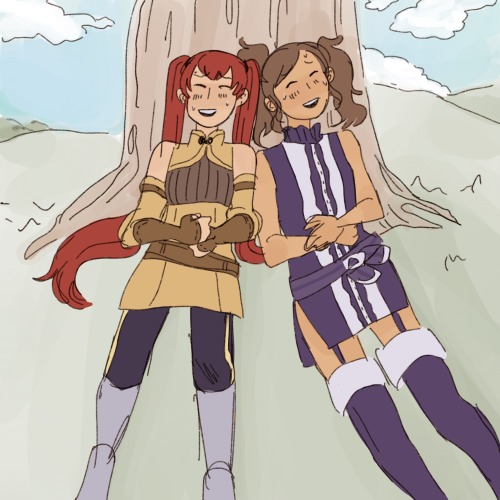 I guess you may be wondering why I haven’t posted anything for a long time. I won’t be making any excuses about school and such. What I’m going to do here is explain the true reason why I didn’t write down any romantic fantasies for a couple of months even though I had many ideas for a story.

For my whole life I thought that the only way to be valid was through being acknowledged by romantic someone. For me it was obvious that all of my talents and everything I thought could’ve been good in me could only be valid when someone fell in love with me and recognized me for who I was. I still have this feeling that without being a center of someone’s attention i don’t deserve anything and I’m no one.

Then I realised I could only be in a relationship if I’m good enough, if this romantic someone chooses me for my qualities. And that was a tricky situation. How could I become valid by myself to have a romantic partner if i needed a partner to make me valid in first place? I started thinking that if I don’t value myself without a romantic relationship then maybe I just can’t get a relationship to make me whole at all. So I’m always gonna be just a piece of something bigger that was never meant to happen.

The time I tried to get settled with a thought of me being single forever because I’m not good enough I still had many questions. How did it come that all those abusers have romantic partners no matter how bad they are? They shouldn’t be valid and they can’t get any positive recognition for what they have done to their partners. The beam of hope made its entrance. It appeared that having a romantic relationship has nothing to do with how good you are. Then what is it?

I was trying to answer this question for a long time now. My thoughts were intentionally coming back to the point where I wasn’t good enough. I simply was something that nobody wanted. Then I decided that I could be good and valid by myself. If I wasn’t meant to have a wonderful love story, it didn’t make me any less of a person. The validation I needed to live was the one that only I could give to myself. Unfortunately, that’s not how my mind works.

Knowing that I was trying to come up with a story in which a character could only be someone if they had a romantic partner as almost every ever existed story about a girl told. I had an amazing character and I couldn’t write anything about her because I thought I had to create a girlfriend for her. And the part of my mind in which this character has been living all this time could not imagine someone else that important near her. Yes, sure, my character could get a partner. Of any gender actually. But this story wasn’t about love. I was trying to write a story that was only told by my character to someone they love like it’s the only way to make a story of someone’s life valid. Only if it’s told to someone who cares about you enough. But that’s only partially true. It is great to share your life story with someone you love. But it is valid just as much as your life is valid by itself. As you are valid by yourself. That is why if I do finish this story, there will be no important storyline about love. It can be there, but it won’t be the reason this story is told. If I’m going to tell the story, it’s going to be about the person who survived the hard times by themselves and they are still here. Just like you and me.

Thank you for reading this post until the end. I hope it was clear enough for you to comprehend what I was trying to say.

oh to be a lesbian pirate in the 18th century 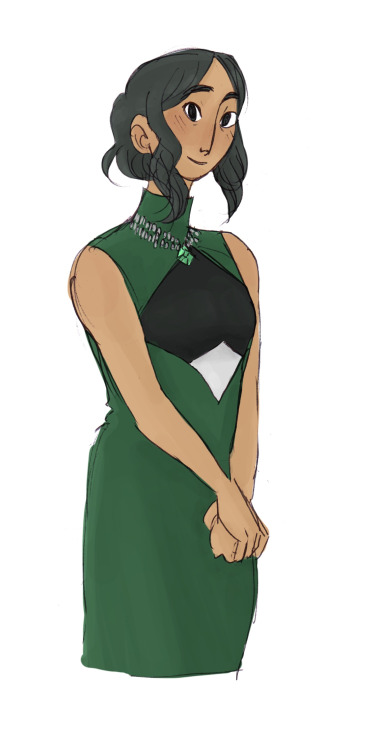 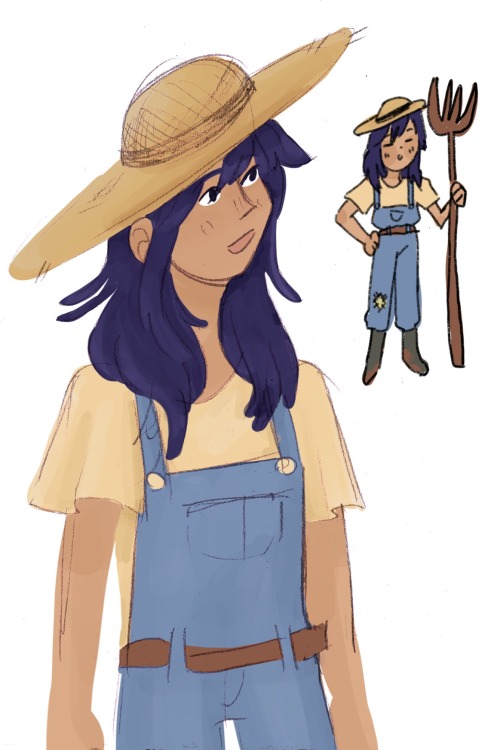 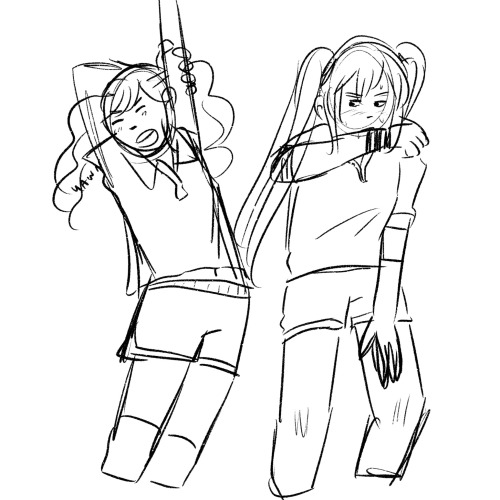 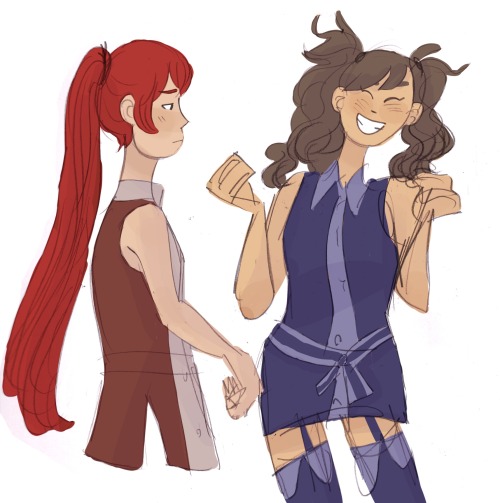 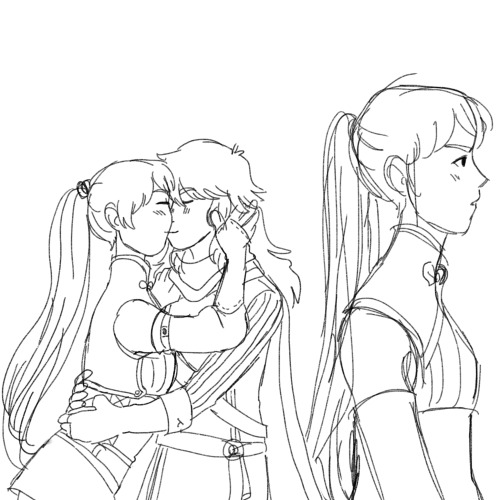 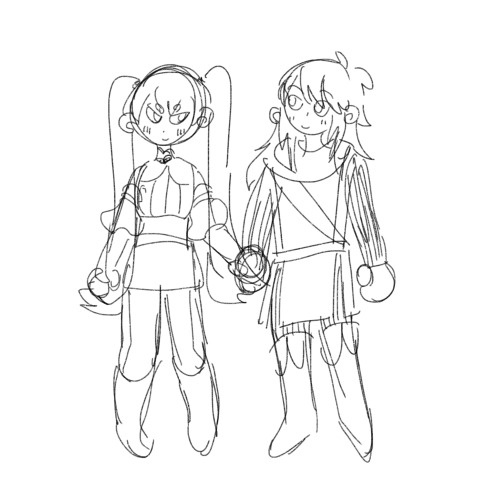 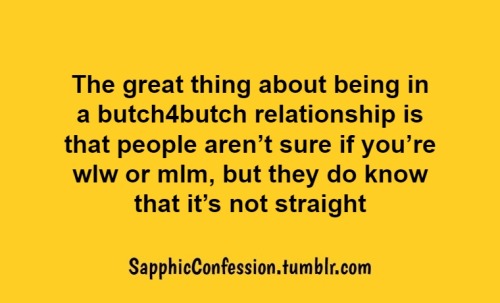 Will I probably do something dumb instead? Of course!

looking for friendsss, reblog or just send me a message if like, any of these apply to u lol :*

I don’t ask for much, only a (+22) dark academia girlfriend who’ll battle my wits in philosophy, have tea parties with me in our garden, play dress up inspired by renaissance paintings, recite & write poetry with me, share my intellectual kink for classic literature & travel all across Southern Europe with me as we admire some of the best architecture & art, before coming back home again to just cuddle up watching old movies & family friendly cartoons. Like I said, I don’t ask for much.

*my crush texting me and asking for help on math work*

Me : this is a very hot and sexy conversation we’re having here

I’m exploring my gender more, especially my femininity. It’s weird, because I completely disowned my femininity a long time ago when I came out. But like… I really feel a strong connection to terms like sapphic, and maybe lesboi??? (Coined by I think @gender-resource)

I’m also not male, like, at all. The idea of being a binary male makes me feel icky. I would rather have feminine features with my face, but a more masc body???

I honestly wish I had no gender characteristics or genitalia… it would make the dysphoria so much better. I want to be so androgynous that I don’t even look human. But I also want to run through a meadow in a long flowing dress with a beautiful girl.

Anyway, just contemplating terms and identity during quarantine. Gonna bleach and dye my hair too. It’s been fun.

#lgbt, #transgender, #nonbinary, #trans, #lgbtq, #gay, #lgbtqiapd, #queer, #mogai, #mogai pride, #pro mogai, #mogai friendly, #gender questioning, #gender confusion, #sapphic, #lesboi, #mogai gender term, #tw dysphoria, #tw genitalia mention, #neopronouns, #emoji pronouns, #polysexual, #asexual, #aspec, #nb, #enby, #germ.doc, #vent, #negative?
2 notes · See All
femme-adorablesAnswer
so I’m 21 & I’ve been in 2 serious relationships with women and 0 serious relationships w men. I got out of one of the relationships w a woman a few months ago. Now there is this guy that I’ve known for awhile that tells me he has feelings for me. So I went out on a couple dates with him just to see. And I just can not get myself to feel anything for him. It sucks bc my parents really like him. I know my parents prefer men for me. But I will always be attracted to girls and I can’t change it :(

you have a lesbian heart <3

i love it when girls… exist

#i hate it ok, #im not feminine at all, #i dont even like cottagecore, #i do like girl in red but shes not my absolute favorite, #yeah, #wlw tag, #wlw, #sapphic, #lesbian, #also i am not cis
3 notes · See All
moderate-sarcasmText

At five I am awake for the dewy blush coloured dawn

As light slips it’s way over the garden wall.

In that crisp anticipating air the world is born

Glints to mark the end of the long, long night

And I, cup warm in my hand, window cold on my skin,

Think, maybe, that the world will still put up a fight.