The strength of Aelin is crushes my soul

“my daughter is completely fine.”

sir, your daughter is traumatized, misunderstood and knee-deep in depression. pull yourself together, man.

Such feeeeeeling!!!!!! Makes my heart scream!

az goes to the camp because of the unrest among the illyrians, meets emerie, she becomes his insider, they prevent the uprising or whatever, become friends along the way (or fall in love 🥺), etc.

*also, being around emerie would probably make azriel both hate and love illyrian people (former because the mfs clipped her wings, and the latter because she appears to be a rather proud illyrian female, she gives off those vibes to me at least). and their respective families hurt them both in their childhood/youth, so i think that they’d understand each other quite well.*

*and just imagine how well this quote would age, once she becomes a member of the ic, and forms a friendship with cassian and the rest of them, and they all sit together and laugh:

“A reluctant curl of her lips at that. Not quite a smile. Certainly not with a male she didn’t know.”

the amount of wishful thinking lol 👀

Why do I have a feeling Feyre and Rhysand dump the Queens problem on Nesta and Cassian because Feyre is pregnant and pregnancies being so rare and all an overprotective Rhysand doesn’t want to put Feyre in danger?

Hello, gentlefriends! Today, I wanted to discuss the best books read in 2020. In terms of category, I selected the best author of the year, the best series I read this year and the 5 best books.
The best author award goes to Evie Dunmore. I read her two books this year (Bringing Down the Duke and A Rogue of One’s Own), plus the novella, and I feel in love with her stories and her writing. So this year she wins best author!
The best series award goes to ACOTAR by Sarah J. Maas. After a recommendation from a friend, I read the first and then it just fell down into this world. From the series, the best book is ACOMAF (I believe this is the normal opinion in the fandom). I will continue on to the second trilogy from Cassian and Nesta’s perspective ( A Court of Silver Flames is the Book of the Month pick for February) and her other series Throne of Glass is the first series on the project A Bookish Education, which I’m starting this year. Let’s see if that one will also win series of the year!
And at last, the 5 best books I’ve read in 2020 (in no particular order). The first is Loveless by Alice Oseman, due to incredible asexual rep in this own voices coming of age novel. The second is the second book by Evie Dunmore, A Rogue of One’s Own that deserves appearing twice due to be beauty of the writing, the life like actions of the characters and incredible romance. The third is Kingdom of Back by Marie Lu, that belongs on this list because of way it handles topics like toxic family and the women’s role, while giving a voice to the forgotten Nannerl Mozart. The next book is The Fifth Season by N.K. Jemisin, one that shook me to the core and could be described in one word- quality. Please read. And the last book is Beyond the Black Door by A.M. Strickland, that again surprised me in terms of asexual rep but also in the way that the power of the main character links to identity. Thank you for reading. I hope you have many lovely reads in the last year and that they will continue to come next year! 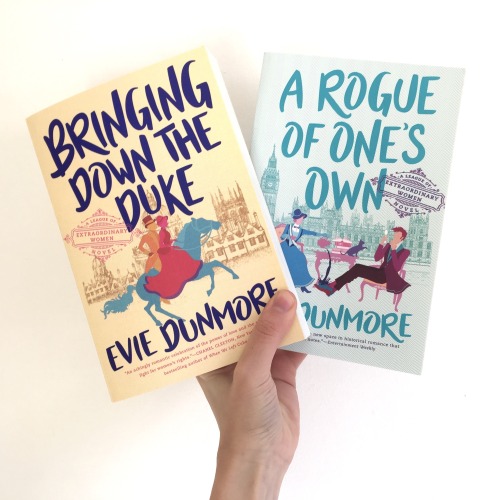 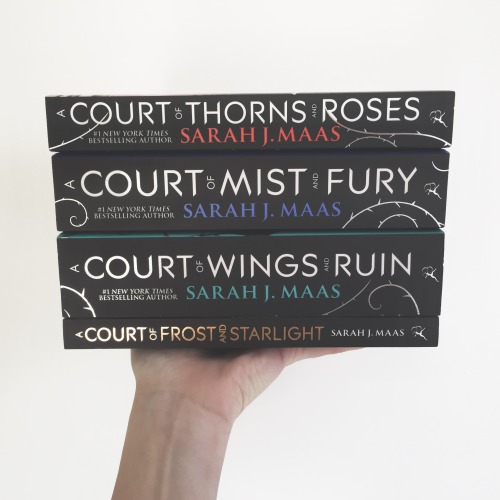 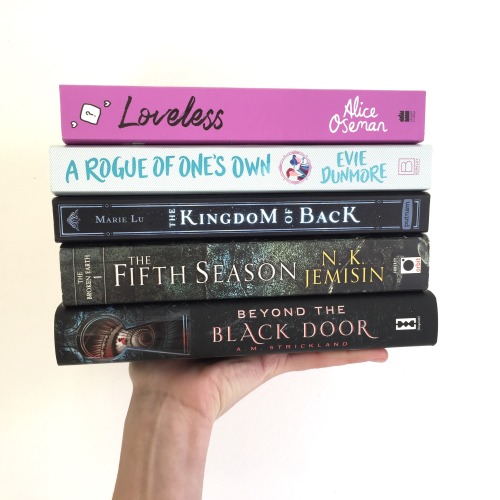 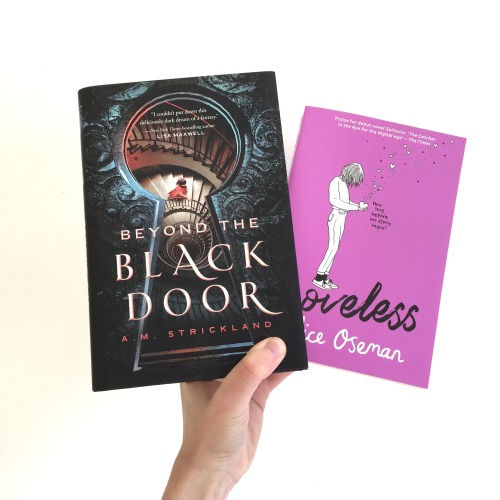 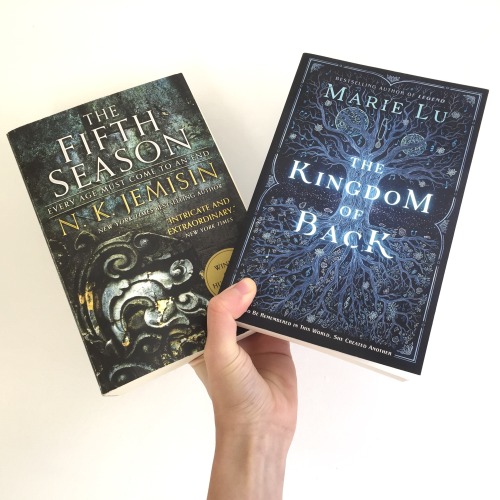 Part 2 of the Crown of Midnight existing

Soooo I’m at page 264 on my kindle right or at the end of chapter 21. And I have a collective question asi am seeing Yrene and Chaol blossom and then Sataq and Nesryn do the same.

Are Chaol and Nesryn actually together and I missed something or are they just playing along to everyone’s assumptions?

Sarah J. Maas really wrote the two most annoying people to encounter while on your period and named them: Captain “although I see dead bodies blood scares me” Westfall and Dorian “it doesn’t hurt as much as getting kicked in the nuts” Havilliard - currently on page 256

Rowan and Aedion in Qos:

Rowan: Of course you’re in charge

Aedion: So you say of course but then you take the blood oath

Aelin: I have swords, unless you guys wanna use knives

Rowan: There shall be no knifing one another. Everybody knows who’s in charge

Rowan: Yes you, of course…of course

Well that’s it for now- I couldn’t find that piece of paper where I’d scribbled at least a hundred books/ series. Once I find it I’ll be sure to edit this post! (And I’ll be adding on with books I want to read, I guess.) Check them out and have fun updating your TBR!

Don’t judge me for not having read some of the above books. I’m getting to it!!! Cheers x

Minimal-inspired cover design of Crown of Midnight, the second book in the Throne of Glass series, by Sarah J. Maas.

Throughout the series, I am trying to keep some common elements, same corner-borders and same styles. The sword used is Damaris which is used by Celaena in this book. I used the drawing of Damaris I found in the fandom wikia as a guide, it has no copyright views but says cadsawan(?). The crown is just baby damaris swords with crescents skewered on them. Celaena was pretty brutal for a while in the book and that what I tried to show in the crown. I used the background from the original cover, her cloak is red. There isn’t any titles or anything, its mostly like a poster. But hey, you can use it as a cover.
You can use it so long you give credit. I just want the time I used to arrange all the baby Damaris to have some value.

Throughout the series, I am trying to keep some common elements, same corner-borders and same styles. The sword used is Damaris which is used by Celaena in this book. I used the drawing of Damaris I found in the fandom wikia as a guide, it has no copyright views but says cadsawan(?). The Glass Throne is inspired by medieval throne styles. I wanted to use the background color from the original cover, but that striking ice blue wasn’t going with my elements. I haven’t used any title or author name mostly because it looks neater. (And I forgot) The cover is also meant for digital platform and usually e-books show the book name and author name so…..
You can use it so long you give credit. Its hard to do any sort of art, everybody knows that.

Minimal-inspired Cover of The Assassin’s Blade by Sarah J. Maas, a gorgeous prequel to the Throne of Glass series.

The corner-border-design is from the original cover, though I redraw it in my style. The blades were original idea from the notion that Celaena uses two ordinary swords in her journey. The cloak was also inspired by the original cover but I had to redraw it from cloak designs. The color of the cover is from Celaena’s cloak in the original cover and mostly because nothing else was agreeing to me.
You can use the cover as long as you give credit. It may have not taken long but i drew it without stylus. Boy, was that painful.

#sjm#sarah j. maas#acotar#nesta#acomaf#acowar#cassian#a court of silver flames#nesta archeron#sjm live#ok and their whole hype of obama#like ok yes he was funny but he was also a War Criminal#and josh thinking it’s weird to cover a childs genitals?#do i even need to explain that one#ALSO WHAT WAS JOSH DOING THERE
25 notes
aesthetic-solar-space
Text