My school has a really condescending slideshow about How To Remember Things Teachers Say On Call and it’s very annoying, very neurotypical, and it feels slightly ableist.

Thank you so much! To answer your question, I honestly don’t have a concrete answer. I don’t think I really gave myself much of a choice to explore anything else since the start of high school. We are told to follow our passions, but I never had any calling that was desperate for my attention. However, I was always good at using technology and when it came time to choose a major, it was pretty much the most logical choice. I’m sure there were subconscious reasons for my decision - monetary incentives, familial pressure, the desire to feel “smart” etc. But none of these really matter to me anymore and so now it’s less about why I decided to be an engineer, but more to do with what I plan to do with my being an engineer in the future. I hope that makes sense! (doubtful, but my head is a mess, sorry!)

Hey there! Honestly, I’m trying to figure this out for myself, so if any of my followers have a better answer for this, please share! But to be truthful, no I don’t pay attention throughout the class - especially not if it is dry or boring. However, I try to have systems set in place to keep me somewhat accountable during lectures. I keep my phone out of reach, I have a water bottle and snacks nearby, and I try to actively take notes to keep my mind engaged. The biggest issue that I have with a boring professor is that my mind will often wander; so to try and overcome that I will write down or highlight anything they emphasize in class. This way, I can at least ensure that I’m listening :’)

Considering the way people perceive a teenager, I haven’t been one (partially temperament, and partially circumstances). However, it would be bold to claim that I didn’t have teenage flings or tendencies. That’s why I consider myself to be eligible to talk of what it’s like to think like a person in adolescence. So I’m going to write about what exactly is the problem with society and traditions. Why do young people always blame society when things end up badly with them or with others? And why does this usually change as they grow up?

The problem is deep and complex and beyond my knowledge. However, I’m attempting to get as close as possible with the tools I have. The youth is known to be the force of change. They are new people with unexhausted energy and a flammable enthusiasm, which could easily turn into resentment. Besides, they (myself included) are in love with abstract ideas, which is something I learned from Dostoevsky and came as an eye-opener. The young, as the adult, notice things that are wrong in the way society functions, which is something any reasonable person would figure out pretty quickly.

Nevertheless, the young assume they’re not a part of the problem. This is because they still haven’t realized the wicked part of them that’s contributing to the nonsense they see. They’re filled with resentment because of their helplessness in the face of what they perceive as outdated, boring lifestyles, which is a reasonable conclusion since they still don’t actually know the true meaning of commitment and responsibility. They hear about freedom and equality, but they really don’t understand the reality and its inherent limitations. Any constraints on their dangerous, wild recklessness is a declaration of war on their abstract, Utopian freedom. When it comes to their imagination and thinking, they’re more capable than adults yet they don’t know how to put any of that into practice because of their minute knowledge of the dynamics of the society.

As teenagers grow up, they become more aware of their limitations. They realize that the ultimate revolution that would eliminate all the ‘ancient’ practices, is merely a product of the naivety of youth. Suddenly, some traditions make sense and, to be fair, some other practices remain nonsensical to them. Here comes the real change; when the new generation carries forward some traditions and leaves others. This is just how it works; change is inevitable. And one of the jobs of adults is the management of that change; not willful blindness that ignores the rush of fresh blood into the society as if it’s a temporary increase in blood pressure that would soon normalize. Frankly, when they do that, the fresh blood doesn’t simply meld in; it turns into foul blood that intoxicate the society slowly and silently. In schools and in homes, the young need to be taught how to focus their energetic enthusiasm on what can actually be changed; not towards submissiveness to whatever the adults see is appropriate.

To drive my point home, at a young age, people are nothing and everything at the same time. They tend to be annoying because they think they have answers to every question (abstract ideas). There is arrogance and tremendous ignorance which, in turn, leads them to point fingers all the time. As long as we’re not in our fake utopia, I don’t believe this problem will disappear. But we can somehow reduce the friction.

PU Rubber sole This pair of toddler girl dress flats with strapes will be a lovely present for birthdays, holidays, or Christmas Halloween party any other occasion. This Stylish Ballet Mary Jane Fits for all kinds of outfits, like skirt and tees or dress or shorts legging school uniform and party costume The Slip-on closure,easy for kids to wear and take off and while movement is unrestricted, the foot is prevented from slipping out constantly. Made of good quality PU Leather with anti-slip rubber sole, making the flats durable and soft,keep child from injuries and feel comfortable Soft footbed and soles let your kid’s feet rest comfortably and won’t hurt her little feet. She won’t feel tired when walking due to the lightweight feature of the boots.

more product select from our Loafers:https://www.cuteefeet.com/810-loafers Visiting places, this building is getting teared down soon.

Thank you for the love! I really appreciate it <3 I definitely think that Computer Science (or any engineering field for that matter) is a worthwhile program. It teaches you a new way to look at the world, especially as your coursework brings a deeper understanding of the inventions around you. However, something I always like to tell younger folks interested in CS is that it’s not always about programming and code. Computer Science is mostly about applied mathematical theory, and code and software are a result of what happened from that. Therefore, have the expectation that very little of your coursework will actually be programming centered - instead you will be expected to learn a lot of abstract math and develop your logical thinking skills. In most CS programs, the knowledge required for jobs in the industry is actually expected to be learned in your own free time (which can get challenging to balance, especially since technology seems to evolve and update faster than we can master it). So in conclusion, I would say I recommend and enjoy CS, but it sure comes with a fair share of unexpected challenges.

In high school, I did the IB program, and I took higher-level CS, Math, and Physics, which I think has served me decently well in college so far. However, I really don’t think you need to have any prior knowledge before coming into uni for CS - they start from the beginning anyway. I recommend just trying to take classes you enjoy in high school and enjoy your free time exploring different tools and technologies instead :)  Hope that answered your question, and I hope that college is going well for you so far!

Hey there! I’m sorry that it’s taken me so long to respond to your ask - I got really caught up with school and life in general! To answer your question, the first piece of advice that comes to my head is something a mentor once said to me, which is to try and develop a growth mindset. As a woman in technology, I have often felt like certain labels were barred to me - such as never feeling like a real engineer. This also meant that I have severe imposter syndrome about being in my field, since programming, math, and an understanding of CS theory don’t come naturally. However, as the growth mindset principle says, skills are learned and not innate. Anything you feel that you are bad at is only temporary, and with enough willpower, you can learn to do anything you want. Here is a resource if you want to read more about this principle.

What was the most difficult challenge for me to overcome in CS so far? I would say that it was probably the realization that I’m not as passionate about the field as my peers, but that it is still a means to an end which I can then utilize to build my definition of success. Still working on that one though. More specifically, however, another challenge that I often struggle with is that in Computer Science, your grades don’t matter as much as your understanding of the material and the projects and experiences you can use to back it. In those terms, it is often hard to grapple with why I am working so hard at school when I could instead be using that time to work and develop personal projects instead.

I hope that answered your question, and I hope that college is going well for you so far! i should really be doing homework right now :/

#moi#school#irl#i need to do biology history chemistry german and spanish :))#i have two hours cuz i need to submit them by midnight#fml#;-;#lmao-
1 notes
kazoosandfannypacks
Text

Gosh golly I don’t know how my roommate puts up with me because some days I’ll just be a normal human but then other days I’ll sit in the room with most of the lights off and scare the h*ck out of her, and then other days I’ll spend ten whole minutes trying to figure out how my new blender works and then from time to time I’ll even write stuff on the mirror in whiteboard marker, but not helpful stuff, stuff like “If you made a smoothie with strawberries, apples, bananas, and blueberries, you could call it ‘STRAPPLENANABERRY!’ I don’t know what significance this holds.”

The other half of the fun of teaching is mocking, shaming, and crushing. School IS hell.

Schemantics: A Webcomic Of Intelligent Weirdness 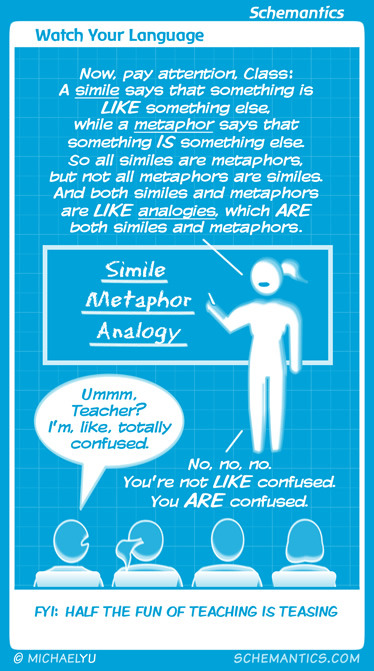 #i got a 9/24 on the last assignment bitches help </3#.txt#/#negative#school
3 notes
mfrance-writes
Text

Who is the king of school supplies?