Rough day in the danger room

#scott summers, #cyclops, #x men, #i spent WAY too long on this, #for it to look this shitty, #but it made me laugh so, #figured I'd share with the unwilling public, #pls tell me this hasn't been done before
1 notes · See All
roguestormAnswer

My first instinct is to be like NO! but I do think you’re right, to a certain extent.

In the Dark Phoenix Saga, for instance, at the end Scott is like “I don’t care if she’s Dark Phoenix, I love her too much to lose her,” which is a little troubling. If Dark Phoenix is a perversion of all of Jean’s morals and decisions, then what is it that remains that he loves about her? He is a little obsessive, a little unhealthy. Unconditional positive regard is unhealthy, as anybody who’s taken Psych 101 can tell you.

His marriage to Maddie is a different case. I am of two minds on this, in part because the canon itself is of two minds. The way it was originally written, Scott married Maddie because he loved her. She did look like Jean, but she wasn’t actually much like Jean. She was a pilot, like Scott, and a lot of their relationship was built on their mutual interests and experiences. Later, there are several attempts to retcon it that he only loved her because she reminded him of Jean. For some reason, Marvel in the 80s thought Scott couldn’t possibly have loved two women for their own selves and he had to have one “true” love. Which is kind of silly. So yes, there is the fact that he married his dead fiancee’s clone (which is weird… don’t do that, guys), but that marriage was originally intended to be Scott moving on from Jean, him finding someone else so that he doesn’t have to obsess over Jean anymore.

I think the place where this changes is the place where so much of Jean and Scott’s relationship changes - X-Factor volume 1. This is where Jean and Scott have to learn how to see each other as people again, and Jean pushes back against Scott constantly comparing her to Maddie and to Phoenix. Jean is combating the obsessive nature of Scott’s love and saying no, no, I need you to like me for me, not for whatever image of me you have in your mind.

And then in the early nineties, it’s Jean who gets jealous of Scott’s relationship with Psylocke (to the point of accusing them of having an affair) and Scott who regularly says that it’s important for the two of them to actually talk about things. He’s not trying to bury his doubts or problems with her under a smothering devotion anymore, he’s prepared to actually address them, and that’s an important part of a healthy relationship.

A big piece of context for this is Scott’s own character development. Scott has serious abandonment issues due to his childhood trauma and abuse, and part of how he copes with that is being overly dedicated to the people he loves. As he starts to be more secure in the fact that he is worthy of love, he no longer has to idolize the people who love and care for him. 90s Scott is not all the way to confident and sure of himself, but he’s getting there, and he’s much more in touch with his emotions overall. I think the relationship Scott and Jean have at this point is much less him fixating on her and much more them being two people who understand each other and are very, very deeply in love.

And then there’s Morrison. Morrison admits that he didn’t think anything after DPS was important to the Jean/Scott relationship. And that might explain why he broke them up the way he did. If he was still thinking of their relationship as Scott fixating on Jean, then all he has to do is flip a switch and transfer Scott’s fixation. But by that point their relationship was based in CONSISTENT COMMUNICATION, which they recognized they were not naturally good at and therefore tried all the harder at maintaining. [Insert very long rant about how Morrison doesn’t even attempt to stay in line with previous characterizations.] Anyway, the point is that the obsession resurfaces with the beginning of his affair with Emma, but it doesn’t stay throughout it.

Scott’s thoughts on Jean throughout his relationship with Emma are pretty reasonable, all things considered. I don’t know from personal experience, but I think it’s natural to continue to have romantic and sexual thoughts about someone you were married to for over ten years, even if they’re now dead. It’s just that Emma, unlike most people, has the ability to know every time Scott thinks about Jean. And it’s often Emma who initiates the roleplay of her as Jean, probably because she wants reassurance that Scott likes her as her and is not still obsessing about Jean. And he isn’t! Even when they get possessed by the Phoenix Force, which would be a perfect opportunity for Scott to get weird about Jean, he still likes Emma for Emma. Because he was able to move from a notion of obsessive love that exists independent of the object to a notion of love as existing between two equal people, he’s able to love Emma as well as Jean. They’re different people and he loved them both and had different relationships with them. And while I will always maintain that Scott/Jean is better than Scott/Emma, I don’t think that it’s true that his feelings for Emma were an extension of a larger obsession with Jean, or that his feeling for Emma were healthy while his feelings for Jean were obsessive and unrealistic.

In summary, yes, I think Scott can be obsessive and unhealthy in his attachment. However, I don’t think that was true for the majority of the time that he and Jean were together. Thank you for the question, and thank you for saying you value my input on this ship. ☺️ Sorry my response got so long and that there were no pictures, but honestly I’ve been thinking about this all day and I didn’t want to stop to hunt down illustrative panels.

Request for @beckyh2112, Steve Rogers and Scott Summers hanging out. 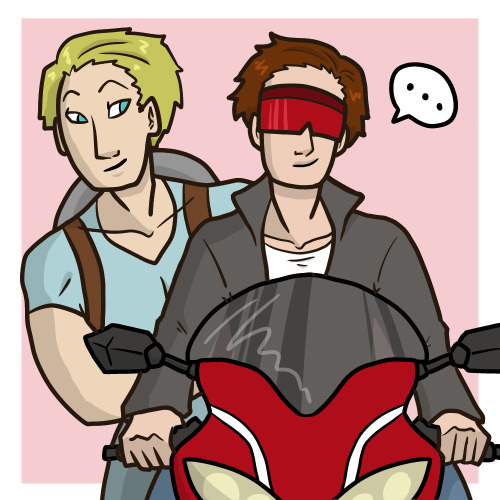 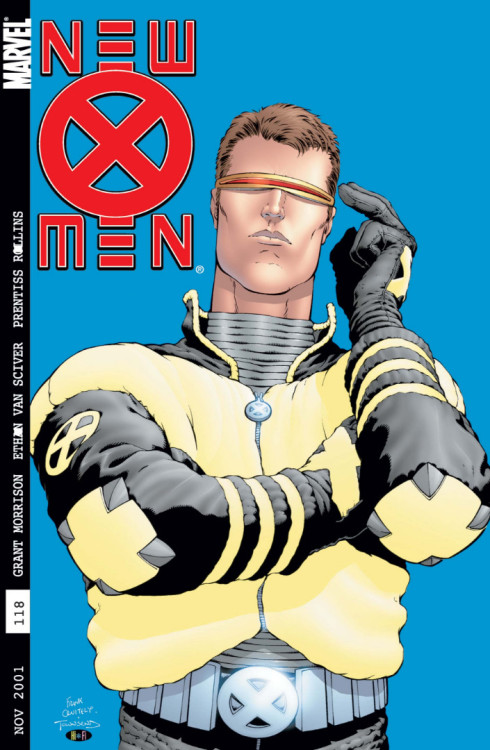 Cyclops: Did you have to stab him?

Wolverine: You weren’t there, you didn’t hear what he said to me.

Wolverine: “What’re you gonna do, stab me?”

Cyclops: You know what, that’s fair.

#scott summers, #cyclops, #x men, #YES I’m watching the scene on you tubed what OF IT
1 notes · See All
scottxloganPhoto

Scott and Emma in Wolverine: The Best There Is 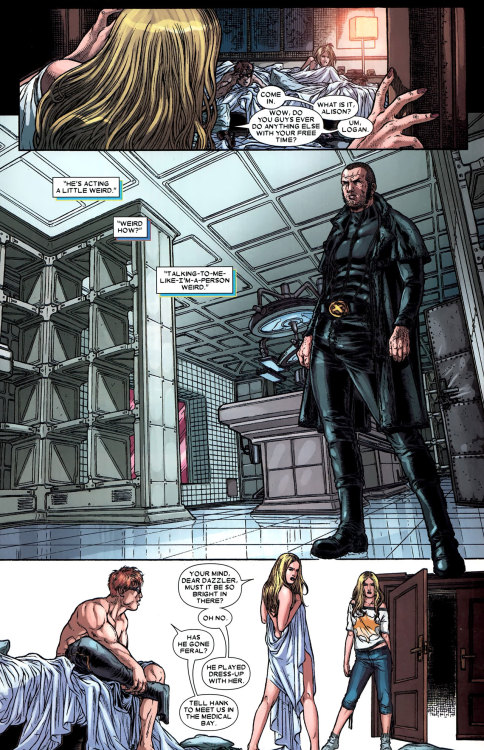 Peter: Hold on, I’ve got this.

Scott: *parting the crowd with optic blasts* THE FUCK DID YOU JUST SAY?! MAXIMOFF IS GAY AND I’VE GOT THE BRUISES TO PROVE IT!! 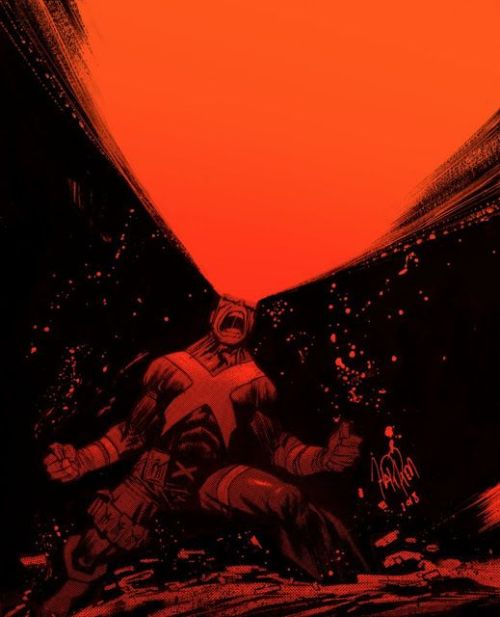 me when i started my marvel sideblog: why are all my x-men mutuals projecting onto scott summers

me, a few months into x-men comics tumblr: why am i projecting onto scott summers

#did this happen to anyone else?, #anyway. autistic/adhd cyklops, #scott summers
2 notes · See All
incorrectsilvercyclopsquotesText

Peter: I have an idea. It’s very uncool. It’s not illegal, technically but it is a dick move.

Scott: I love it.

Krakoa shall do War with the King in Black. 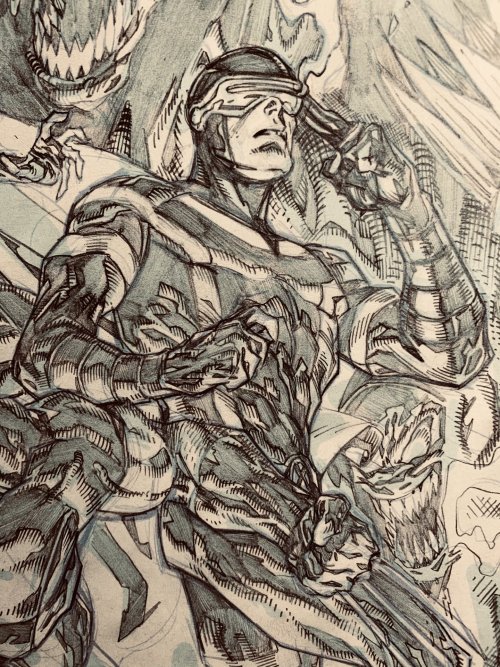 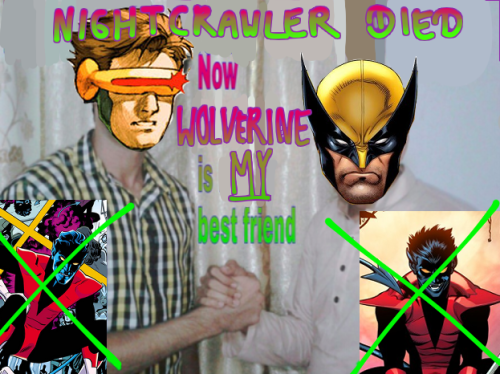 #scott summers, #logan howlett, #kurt wagner, #cyclops, #wolverine, #nightcrawler, #xmen, #x men, #art only, #you know when logan died and scott was like, #kurt would pray or whatever. but i know you better than that, #he's so petty. get over it
64 notes · See All
daredeviilPhoto

Thank you. The world is now an ugly place. You have far bigger battles to fight than this. But we realize you are fighting for us. We know you are our Champions. 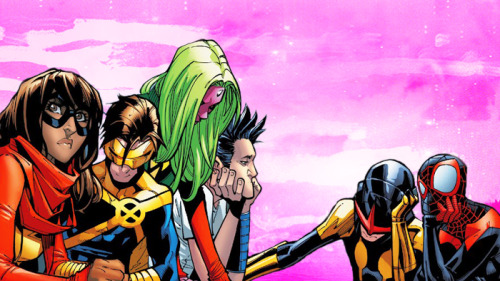 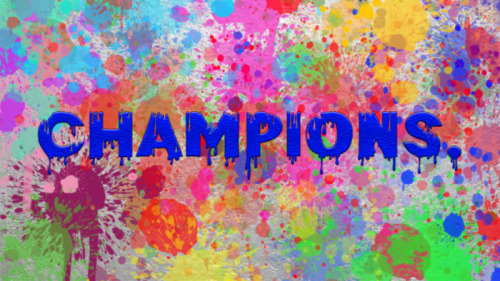 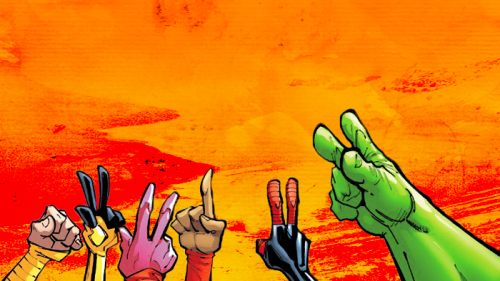 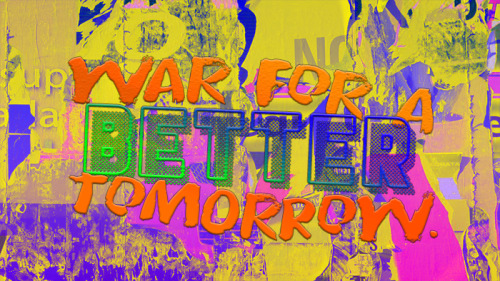 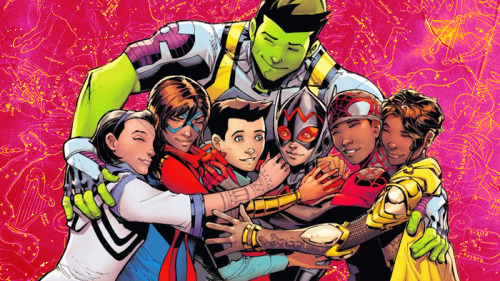 4th pic = Knull vs Xenomorph. Though I would root for the Xenomorph alien to bite Knull’s head off (a variant cover of King in Black #3)

9th pic = Jean Grey and Cyclops are in the infected hatchery of the invaded Krakoaland where the Xenomorph Queen and her horde are occupying. (variant cover of X-Men v5 #17)

I have to post this again because Tumblr is a major pain for not showing the post in Tumblr Tagged Search. 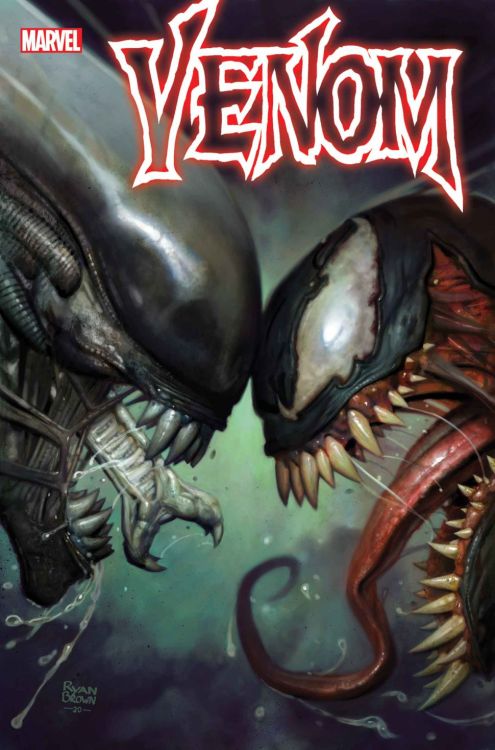 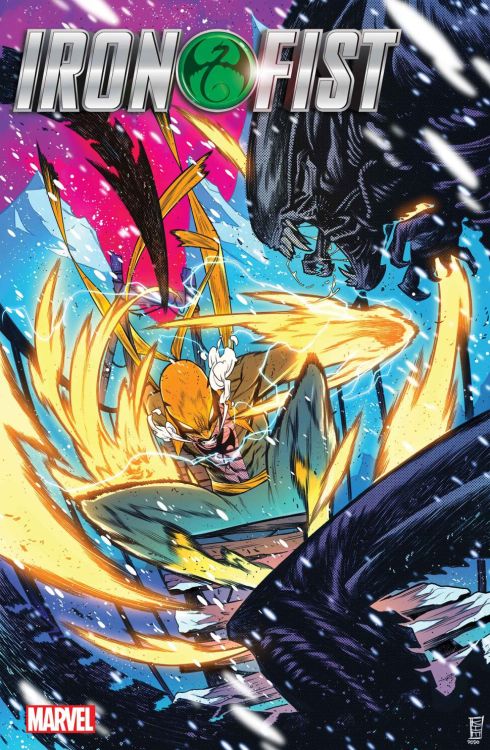 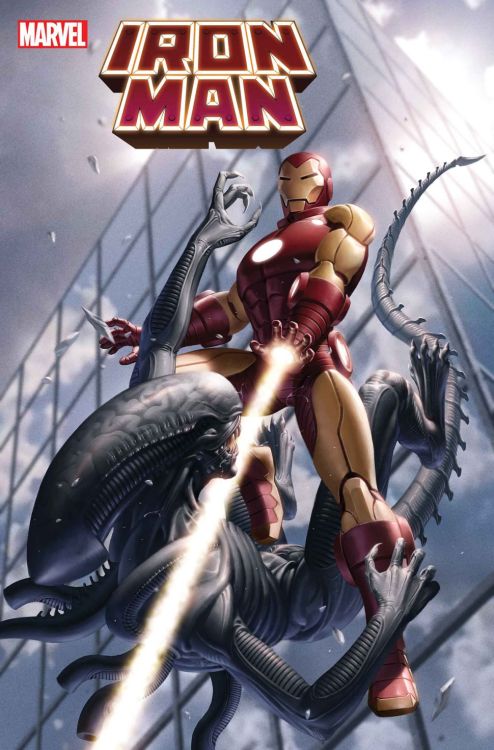 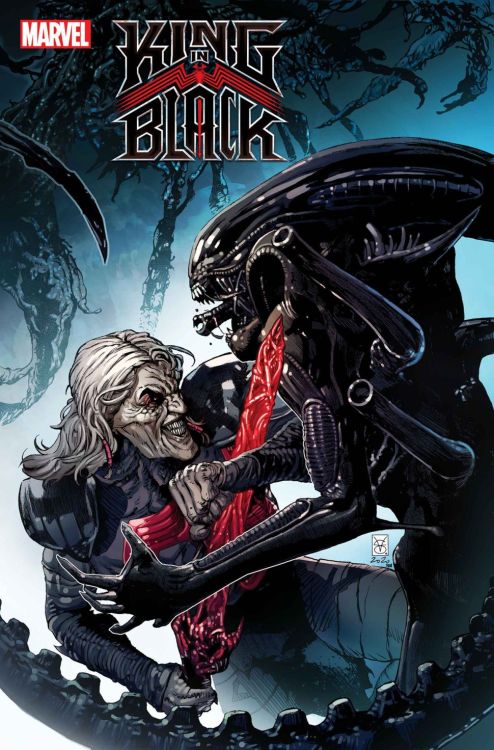 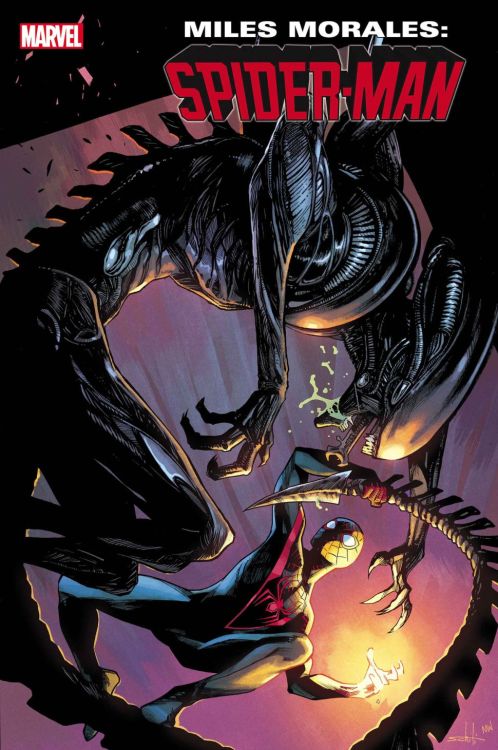 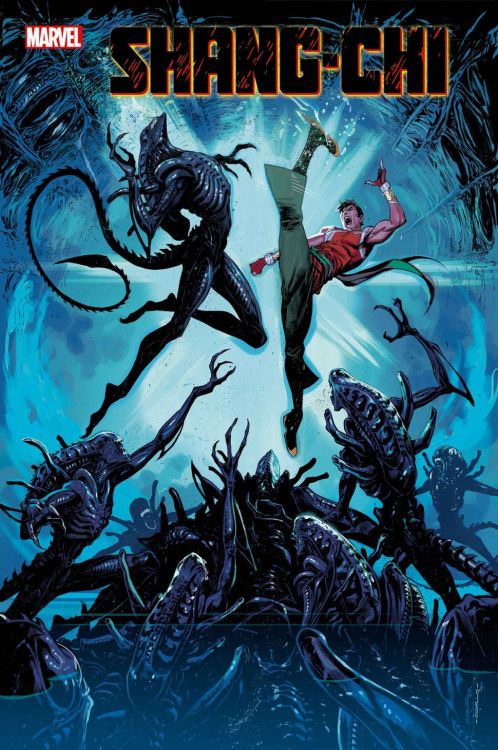 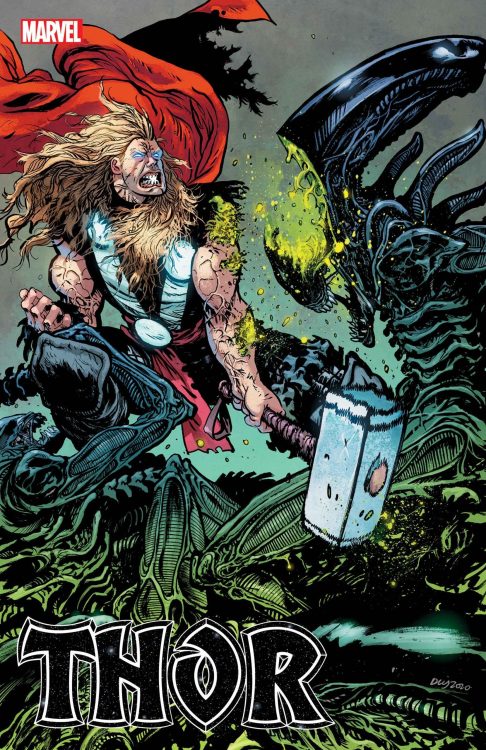 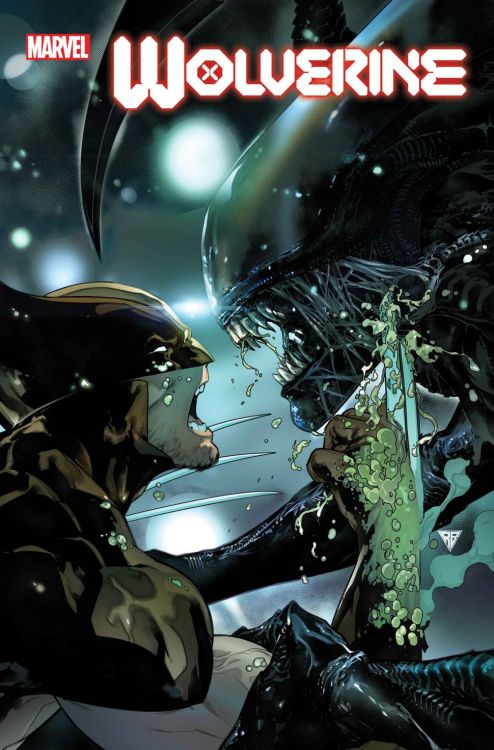 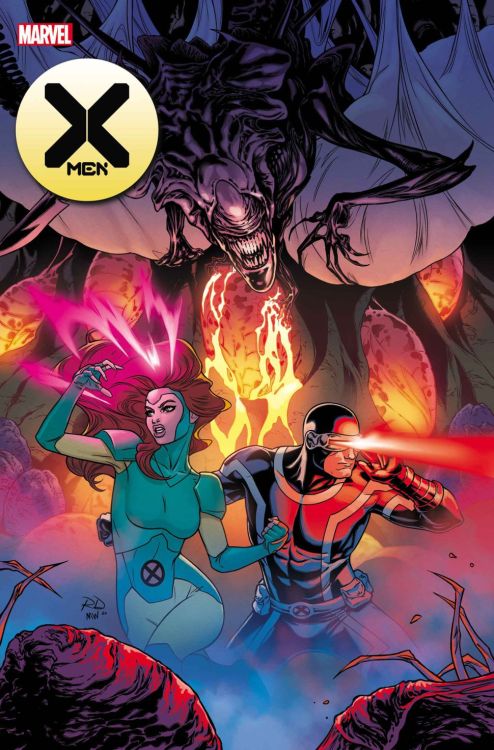 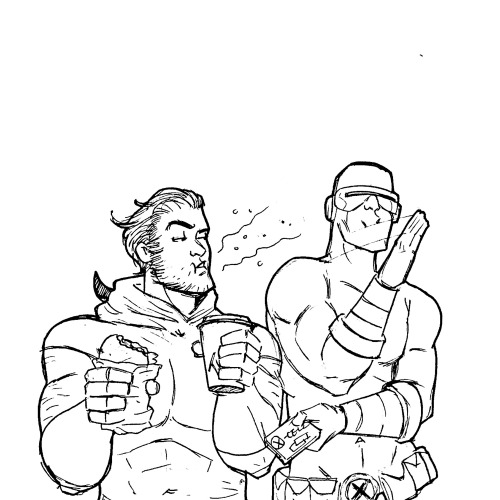 Chapter Summary:  Scott and Clint face a tense situation when the past refuses to stay buried. Troubled by the tension on the mission, Scott returns to his darkest moment when the memory of his biggest regret guides him forward in sealing his dark fate.

Logan’s been behaving different lately and no one seems to notice it except for Scott. As Scott finds himself contemplating his colleague’s strange behavior, he finds that the mystery Logan presents turns into an obsession for him. Scott’s convinced something has changed, but when no one else seems to pay attention to Logan’s new habits, Scott takes it upon himself to discover just what has brought about the change in his teammate. Will Scott’s obsession lead to happy endings for these two or more misery down the road as this new world unfolds?

I know what I need to do now.

And what is that?

#creations, #gifs, #mine, #x men, #x men: dark phoenix, #these gifs r uuuh Not Good, #but i just watched this and i Thoroughly Enjoyed?? so i dont get what some of u were being so mean abt goddamn, #its abt the Found Family its abt the bitter ex dads, #also i cant stop thinking abt the furnace scene from toy story 3, #i would die for my mutant kids ESPECIALLY kurt nd ororo, #i couldnt fit hank in here also so forgive me, #professor x, #magneto, #nightcrawler, #storm, #jean grey, #cyclops, #charles xavier, #erik lensherr, #scott summers, #ororo munroe, #kurt wagner, #i think that is all the tags anyway bye, #oh to continue my earlier point its also about the cherik ROLE REVERSAL and marriage, #ok now bye
6 notes · See All
juliorichtersText