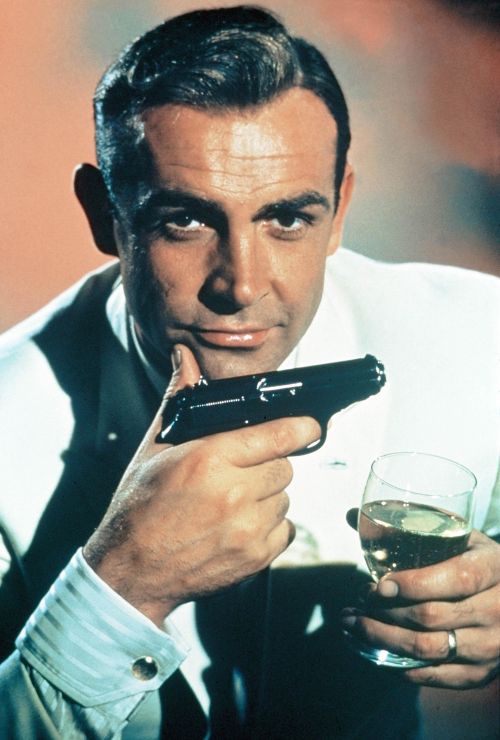 On 31st October 1745 the Jacobite Army and Bonnie Prince Charlie began the march south to England.

Their initial reception in Scotland was distinctly cool. MacLeod and Macdonald of Sleat both refused to rise on the grounds that the Stuart prince had not arrived with the French invasion force they had demanded. Cameron of Lochiel and Ranald Macdonald of Clanranald urged Charles Edward to go home. The prince suavely refused, and over the course of the next three weeks persuaded Lochiel and Clanranald to bring out their clans. He did so primarily by convincing them that a Scottish rising would bring on a French invasion and that the English Jacobites would then in turn rise against the government. The ‘Forty-Five proper is generally taken as having commenced when Charles Edward mustered his army of about 1500 men at Glenfinnan on 19th August.

From there the Jacobites quickly marched east and then south. The government garrison in Scotland, commanded by Sir John Cope, was weak and in large part composed of raw recruits. Cope none the less threw together a field army and marched north from Edinburgh to oppose the Jacobites. His army, however, moved slowly and its failure to pick up support from the whig clans shook Cope’s confidence. In consequence he backed away from a potential battle at the Corrieyairack pass and retreated away from the Jacobites to Inverness. The Jacobite army promptly debouched from the highlands into Perthshire, picking up recruits all the time, notably Lord, David Ogilvy, Ewen Macpherson of Cluny and most importantly Lord George Murray.

By the time the army arrived before Edinburgh on 17 September it numbered about 1800. The city fell without a real fight the same day and so when Cope disembarked from the ships that had brought him back south from Aberdeen he felt obliged to offer battle in the hope of stemming the Jacobite tide.

Their numbers swelled to around 2500, they “enjoyed” victory at Prestonpans on 21st September effectively delivered most of Scotland into Jacobite hands, at least temporarily, and encouraged one cautious leading Jacobite, George Mackenzie, third earl of Cromarty and hi son John, Lord MacLeod.The key question for the Jacobites was what to do next. Charles Edward favoured advancing into England to link up with the French army he was confident would soon invade it and bring out the English Jacobites.

He finally carried the Jacobite grand council by one vote and the invasion of north-west England was launched.The Jacobite forces were gaining recruits as they marched south, their numbers were about 6,000 men and included French, English and Irish troops. Four French ships had been despatched with weapons and supplies.

On 4th December they reached Derby, a town only 100 or so miles from London. More to come as the weeks go by. 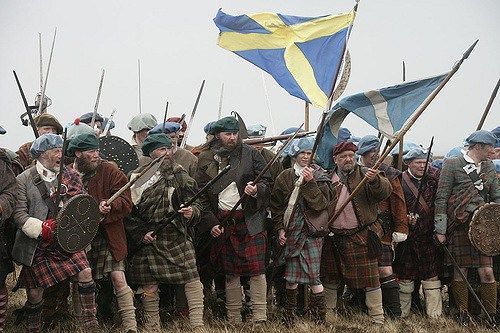 Scottish Culture is Rolling the R in the word ‘World’ 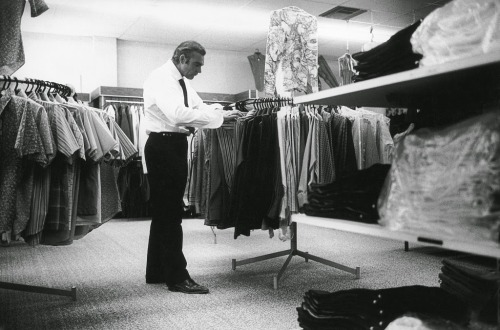 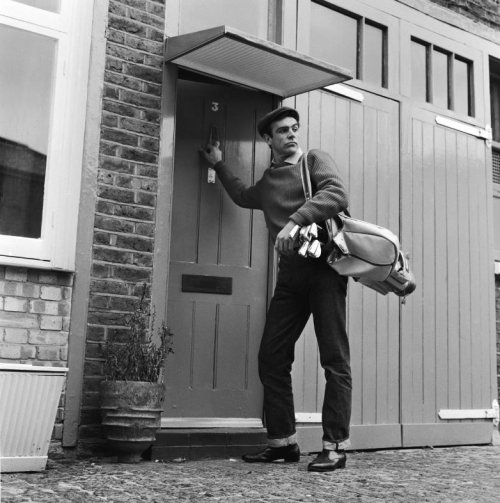 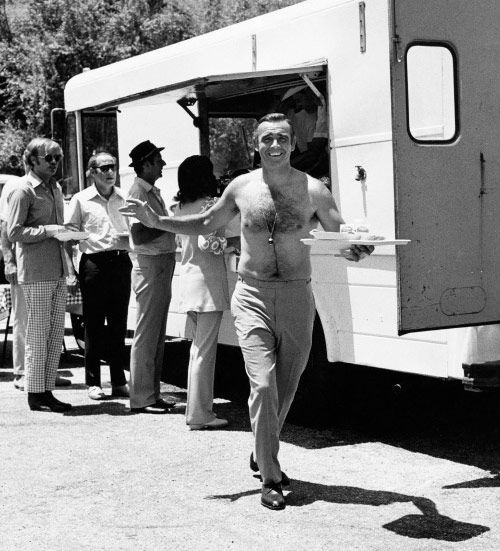 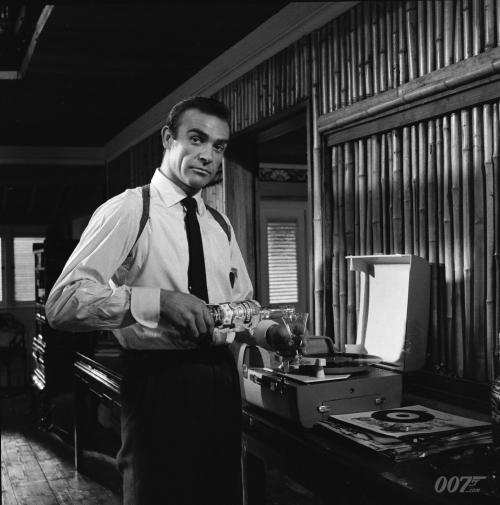 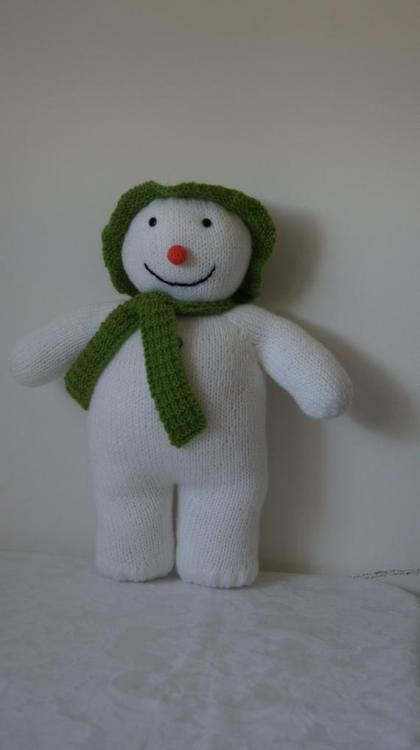 Please set me on fire

Hi all got a new Halloween/samhain asmr video This is another one of those posts that I will say not many people will know the name here at home, but in Serbia she was regarded as a national hero.
Just short of her nineteenth birthday she matriculated at Queen Margaret College, University of Glasgow, to study medicine in, what was at that time, in 1906, still a separate women’s department, and the University had only been granting medical degrees to women for just over a decade.

Her father, Donald, was a doctor, and Katherine followed in his footsteps. Her undergraduate record suggests she was a conscientious, bright student and her name appears several times on the prize-list. In her first year she gained a second-class certificate in Practical Zoology. The following year, 1907-1908, she took a first class certificate in Physiology, and in subsequent years, second class certificates in Anatomy (1908-1909) and Surgery (1910-1911). She graduated MB ChB in 1911. In other words, a very smart cookie and it ran in the family, her sister Isabel Macphail, had graduated MA the previous year.

When war broke out, the sisters offered their services to the Scottish Women’s Hospitals. Women were not permitted to serve in the armed forces, but a group of energetic medical women, spear-headed by Edinburgh graduate Elsie Inglis, equipped and staffed their own hospitals, with the support of the National Women’s Suffrage Societies.

Their offer of these facilities to the Government at home  was turned down, but the French showed more willing and the first of the Scottish Women’s Hospitals for Foreign Service was set up at Royaumont towards the end of 1914. Further hospitals followed in Serbia in early 1915. Isabel and Katherine set off for Serbia, Isabel as an orderly, Katherine as a surgeon. Apparently, Katherine was initially worried about what the other members of the unit would be like. She wrote:

We knew we were being sent out under the auspices of the Suffrage Societies, and each was afraid that every other was a strong supporter, but were much relieved to find that almost none of us was what might be called ‘strong’, and that Serbia was the common bond, not suffrage.

When she arrived there, she and another junior doctor, Adeline Campbell, were dismayed by the tasks they were given to do at Kragvievatz, and felt that an orderly could have done them. They persuaded their superior, Dr Soltan, to release them, and they went on to the Military Hospital at Belgrade, incurring the wrath of the committee of the Scottish Women’s Hospital, who declined to employ Katherine again. Undeterred, Katherine continued her lifetime’s work in Serbia.

After the war Katherine remained in Serbia, running her own small hospital, the Anglo-Serbian Children’s Hospital in Belgrade with some funding from the Scottish Women’s Hospitals and the Save the Children Fund. Her war work had been honoured by the Serbian government, which conferred the distinction of the Serbian Order of St Sava and the Serbian Red Cross.

Her work was far from finished, however. In 1934 she established the English-Yugoslav Hospital for Treatment of Osteoarticular Tuberculosis in Sremska Kamenica. She continued her work there until 1941, when she and other British residents were taken prisoner by the Germans.

She was repatriated, but returned to Belgrade in 1945 with one of the first relief units. Under a new post-war regime, foreigners were less welcome. After the nationalisation of the hospital she left for Scotland in 1949 and settled in St Andrews, where she lived until her passing in 1974 aged 86.

Pics include a memorial stamp issued in 2015, one of five that featured Scottish women who worked as doctors, nurses and drivers, the other four being , Dr Elsie Inglis, Dr Isabel Gallowey Hutton, Evelina Haverfield and Dr Elizabeth Ross. 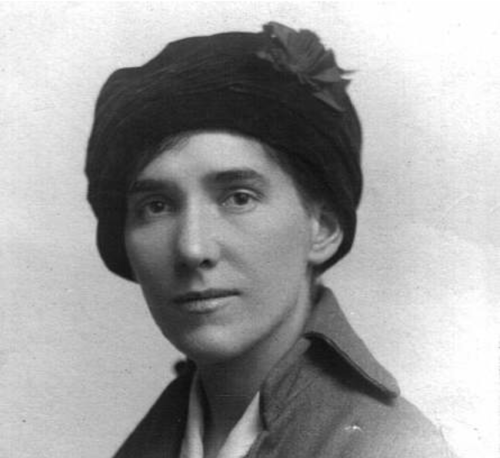 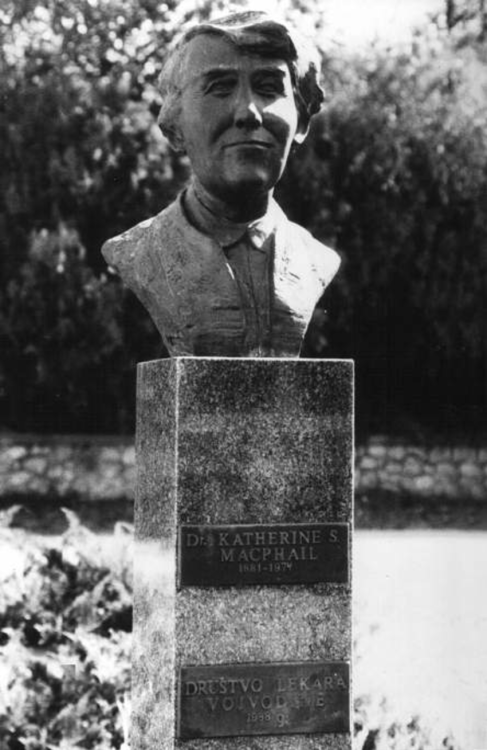 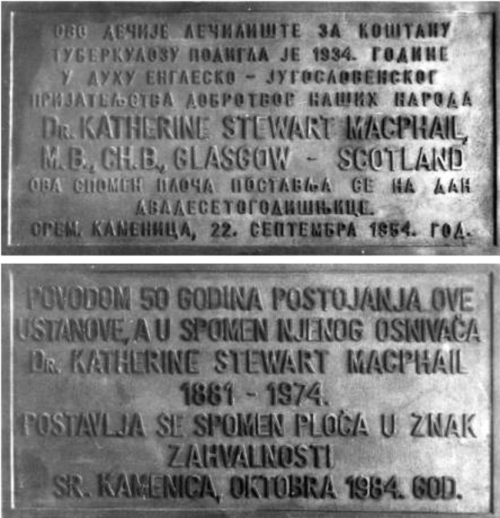 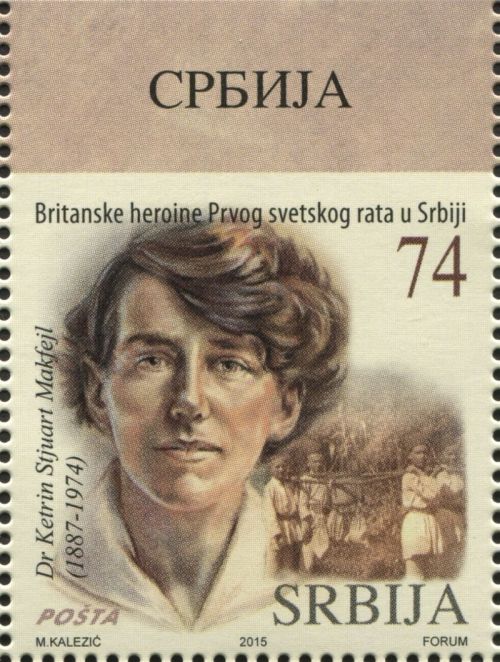 Brankit ,or the Brank(s)  has a few names, another two being a scold’s bridle, sometimes called a witch’s bridle.

The device was used to humiliate women who “by brawling and wrangling amongst her neighbours breaks the public peace, increases discord and becomes a public nuisance to the neighbourhood."

In short, women who gossiped with their neighbors with no purpose other than to offend, ridicule or lie about someone else were subject to this torture.

Husbands could request local Baillies to have the branks applied to ‘nagging’ wives. Incredibly, the crime of being ‘a scold’, a woman deemed to be annoying or vexatious, was not dropped from the statute books in Britain until 1967.

So back to oor Bessie, her crime was to say of Bailie Thomas Hunter, ‘he had in his house ane false stoup”  It’s not explained who Hunter was exactly, but I suspect he was a publican as stoup is a flagon or beaker for drink, so she accused him of selling short measures, it was proved to be a false accusation, hence the Branks were fitted  and she was “set on the cross for an hour” The cross being the Mercat. This was one of the earliest records of the branks being used as a punishment.

So what were Branks, they were a metal cage or mask that enclosed the head, often with ridiculous adornments designed to humiliate its victim. In some towns, the Brank had a bell attached to its rear only to announce the presence of the victim who was instantly mocked by the people she “endangered” through gossip.

Many variants of the Brank appeared throughout the Middle Ages, some included spikes that penetrated the victim’s flesh when she spoke.

The duration of this torture could range from an hour, as with Bessie, to months. In some cases, the victim was left to die with the Brank; if she ever removed it, she’d be tortured with other methods and sometimes killed.

Pics of the Branks in museums include, the ornate one in Kelvingrove, a “Bishops” brank from St Andrews and two sets from Dunfermline 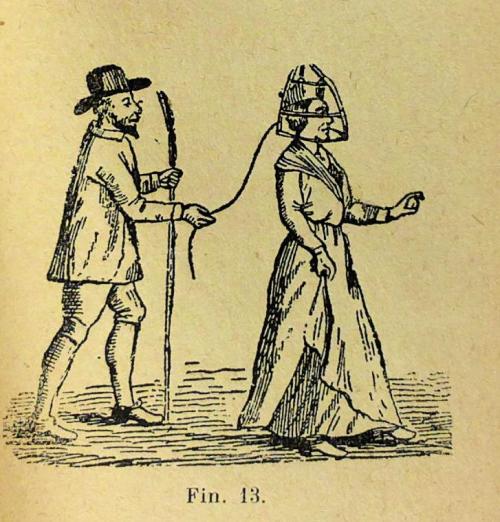 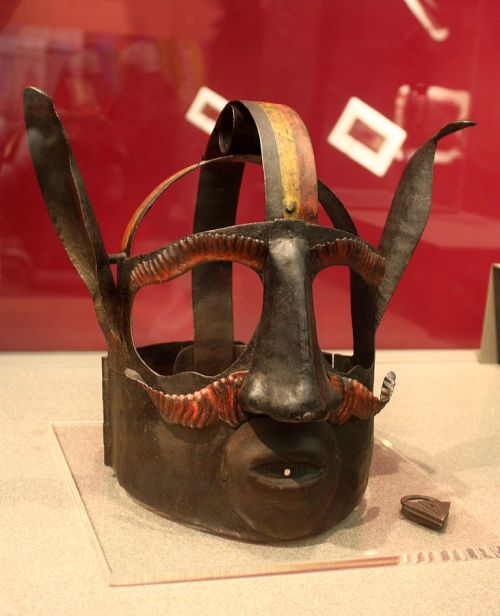 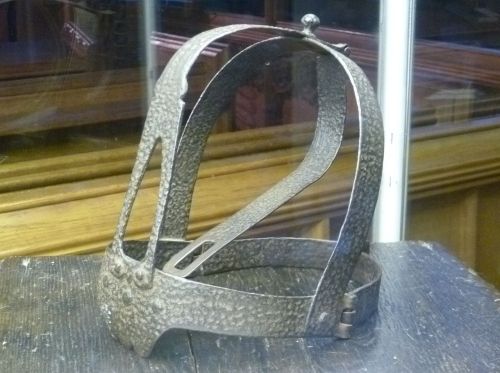 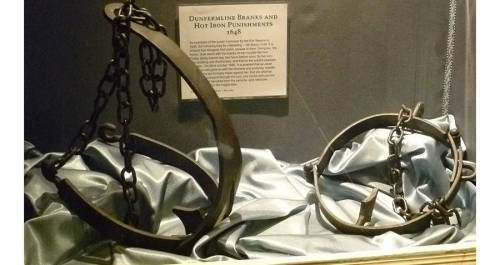 Crocheted little pink piggy in a tutu by Liz by WebbiesWoolies https://ift.tt/32G0lMP 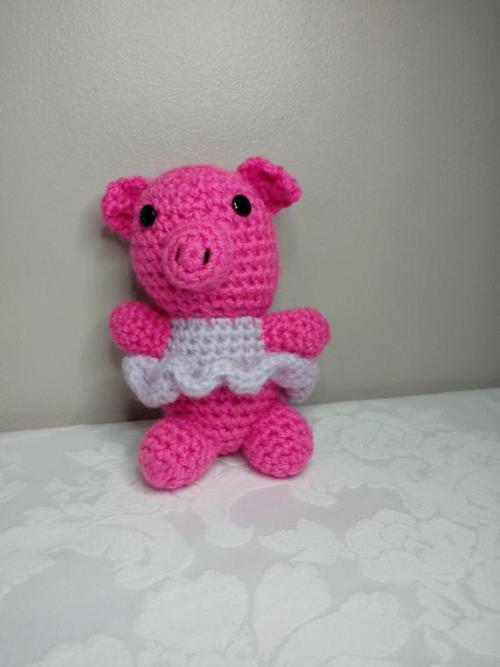