i love the idea of marshall carter and dark. capitalism but even MORE fucked up and evil

It’s bone hive time. Scp 439, there is also a cool metal song called scp 439 by a band called bone hive that I recommend

Okay hear me out but: Smiles is Redd’s only friend.

It’s a LONG story, but like…… they’re similar. Smiles was literally betrayed and given the Rust, Redd was fundamentally betrayed by his own creation. Redd learned how to live with the betrayal (read: became a serial killer) and formed his entire identity around getting revenge, and he thinks Smiles needs help getting back up again.

Redd’s regenerative ability is fast enough that he can enter 2933 without catching the Rust, and so he visits Smiles sometimes. At first just to scout the place, so he can take Smiles when he needs to, but Smiles is so goddamn lonely that he pretty much forces a friendship. And it doesn’t help that Smiles was put into isolation before the rumors about Redd started- before he could learn just how monstrous Redd was.

Smiles tries to bring him things. He brings blankets, scratchy drawings, shiny bits, whatever he can find that he thinks will make him happy, and leaves them in places where Redd usually shows up with the hope that he’ll see and take them. Sometimes Redd leaves him things from the outside world, too. On Redd’s end, this is the first time somebody’s shown him kindness, which actually continues even after Redd starts exploiting it.

For Smiles, Redd ends up becoming like… an imaginary friend. Smiles does talk about him sometimes, but it seems like nobody else ever sees or encounters Redd (or at least in the same way Smiles does). In fact, most of Smiles’s interactions with Redd are in leaving him those little trinkets.

He never mentions Redd by name, because it scares everyone else. Nobody says why- they think it’s common knowledge, a rule best gone unspoken- and so Smiles never really learns why everyone’s scared, until he sees it first hand.

And so, for a long while, Smiles is the devil’s only friend.

#the mod speaks, #scp, #scp little misters, #scp 2933, #mr redd, #rant, #i will admit i got inspired by cocos 'arent you tired of being nice' quote, #and im saying this now bc i may or may not be drawing a halloween comic around this idea
4 notes · See All
theshitterboxText

Totally forgot I colored this pfft

What the hell is going on at the SCP? This month alone several veteran members have left and just as rumors have started to emerge that some members of the Inner Circle have been doing some shady business.

He just fashionable than before..

Charlee Fraser for SCP Magazine by An Le 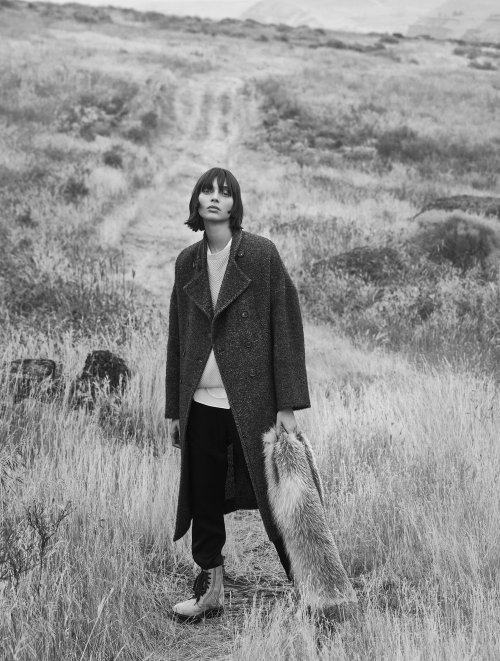 FUCK man it’s REALLY hard to say. I will say that my absolute favorites are  probably Mad and Lie (and Fish for the sake of his lovely article picture) but least favorite?? I don’t really have one.

I WILL say tho that in terms of articles, my least favorites are Hungry, Moon, Chameleon, and Life/Death just because like.. what’s up with them. What are they like. Screw their anomalous abilities what have they BEEN THROUGH. How do they ACT. Have they seen shit? Are any of them assholes? Talk to me

I enjoy making these a bit too much lol

(∩ ͡°ᴥ ͡°)⊃━☆ﾟ.* Click on the picture for better quality 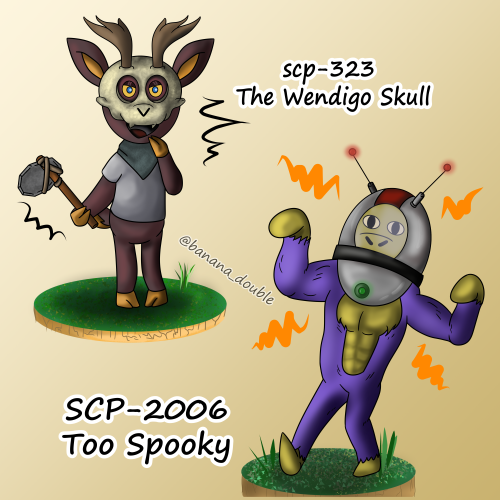 Redd: Sometimes you just gotta die to get your life in order

His laugh is so cute what the hell

035: I can’t remember the last time I’ve had a decent thought, so no

Life: You protest? Ah, I nary believe any educated idea could come from such shallow tide. Not a word out your mouth could move a fly.

Next scp GOI is gonna be…..

Gonna make a chef. Cook up some funky flesh food