“…A badass with a Jazzy plush?”

“Hey! Leave little J out of this, kyu”

They grow up so fast sometimes. But maybe I should be watching out for @ask-scrafty influence 😆

Here is a gift for @ask-scrafty / @jazzy-art-time I hope you enjoy it, I had loads of fun with this.

Your blogs are amazing and you seem to be such a nice person. You deserve all the praise you get. Your characters always have me smiling or laughing, your stories have such a unique spin and even your little doodles brighten my day. Jody and the others are precious darlings.

Never stop being a Badass 😊

#mimikyu, #mimikyu = cute, #scrafty, #not my oc, #Jazzy, #Jody, #The plush is well worn from cuddles, #They made the plush themselves
4 notes · See All
askpkmnscientistwolfsbaneAnswer

Would depend on the fighting type. Hitmonchan, Gallade, and Gurdurr (make sure the beam is washed well) are all good options, but a Scrafty, any of the fire starters, and Hitmonlee are not. 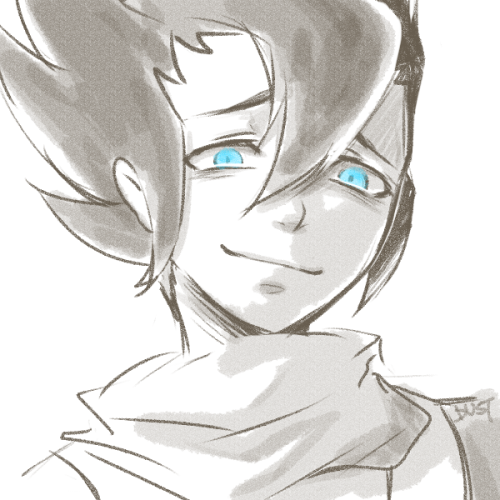 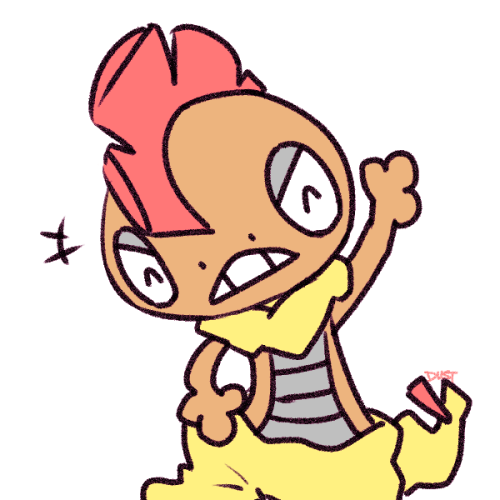 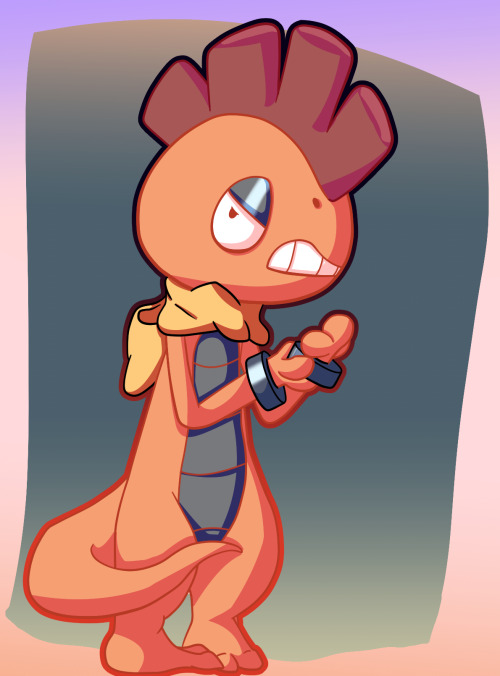 -“I’m not sure about that myself… just looking for a change of air I guess.”

…which is half true. What’s certain is that Nikky couldn’t just pretend the face in front of him wasn’t familiar, they had met back in summer anyways. No names or formal introductions, but it ’s not an issue for someone with a job like his.

-“You mean to say the only mansion where I’m going to sleep at is haunted?” 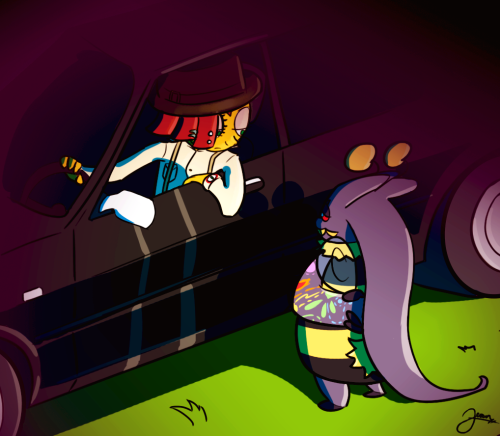 Scars aren’t fun to get, but why you got them might be better than you expect they can be!

Many Daycares didn’t have hot water, theirs was one of the lucky ones that did. Kiki hated cold water, her sister enjoyed it, but she didn’t. The purple haired girl started filling the bathtub with the warm water, it was good for tense muscles, to relax them. Her pokémon watched from the door, nervous and cautiously watching her every move, while her buddy sat on the sink. Although he might have preferred it like that, she couldn’t keep giving him cat baths, Sawk needed an actual bath.

Once the water reached half the tub, the girl turned off the water, looking back at the pokémon an idea came to her mind and she opened a drawer and looked inside. She pulled out two bathbombs, one of them had a minty green and the other a light orange, the girl showed it to the pokémon.

“Which one do you want?” She asks, offering him the two. The karate pokémon looked between one and the other, but shook his head. Scrafty puffed up, looking through the same drawer and pulling out a cian blue bomb, rubbing his hand against it and showing it to his friend. Sawk smelled Scrafty’s hand, nodding. The hoodlum pokémon handed his trainer the bathbomb. “This one? Okay!”

She puts it in the water, immediatly it starts foaming and dissolving, turning the water blue. Sawk watched in amazement as the solid seemed to evaporate, the scent wasn’t strong, but it was good. The girl lightly touched his shoulder to get his attention, sitting at the edge of the tub and calling for the pokémon to get in.

Sawk stared at the water for a minute, hesitant at entering, Scrafty approached, giving the other encouragement since he had already bathed. Kiki held his hand gently, the moment his eyes turned to her she put her other hand in the water, waving it around to prove it was safe. She put her feet in first and they dissapeared in the opaque waters, letting the pokémon mimic her, she poured the water gently over his legs to get him accostumed with it.

He got in, slowly and hesitantly, but did. His limbs and the scars on the disapeared underwater, his eyes shine slightly. Kiki smiles, “See? It’s okay! You can relax!”

The pokémon looks back at his hands, his expression thoughtful. The girl slowly pours water on his back, helping him scrub his back, taking her time to do some massage on his shoulders too. Once they were done, Kiki drained the water, taking a fluffy towel and wrapping it around him, drying him with care. Once he was dry, she grabbed a small contaner and took her pokémon back to their room, Sawk laid in bed and his trainer sat next to him.

The container she had was moisturizer, she put a little bit in her hand, moving to apply it to his scars. He squirmed away.

“It’s just moisturizer… Skin usually get’s dry after a bath..” She put a little on herself, showing it to him. He approached, taking a feel at the substance against his trainer’s skin. It was sticky and oily, but it smelled nice. “Gotta take care of the scars!”

Sawk looked away, laying with his stomach up to the girl, showing the biggest scar he had. She gently rubbed it, feeling him tense up underneath her hands, he didn’t look at her, eyeing a spot on the wall instead. Kiki understood, scars aren’t the same to everyone, neither are the stories they tell.

“You don’t like them at all, do you?” She asks, watching her pokémon nod with teary eyes. “I used not to like my birth mark either! I used to think it was the UGLIEST thing… But then… My sister told me a story and it made it change my mind!” Sawk’s eyes turned to her, as she leaned closer to get to the scar on his arm, she revealed the small lighter spot of skin right above her heart. He looked up to her eyes and she found a new curiosity in his. “She told me… That depending on the birthmark you have, it shows what type of pokémon you were in your previous life! Since mine is above my heart and the heart is the strongest muscle in the body, she told me I was a fighting type!” He looked at his scars again, but his eyes still saddened again. “She also told me that each scar you have, it’s someone you saved in your previous life and how important they were to you! No matter how you gain them now, it’s a reminder!… So by that logic, the one on your belly seems like you saved someone VERY important to you!”

His eyes shone, still teary, but she could tell he wasn’t sad anymore. When she was done, she laid in bed with them, letting him wrap his arms around her and cuddle. It was a good moment, it had been a good night altogether, Kiki could tell Sawk was feeling better and that alone made her evening.

more from OCtober, which you can see daily on my twitter @/seealantweet! :D 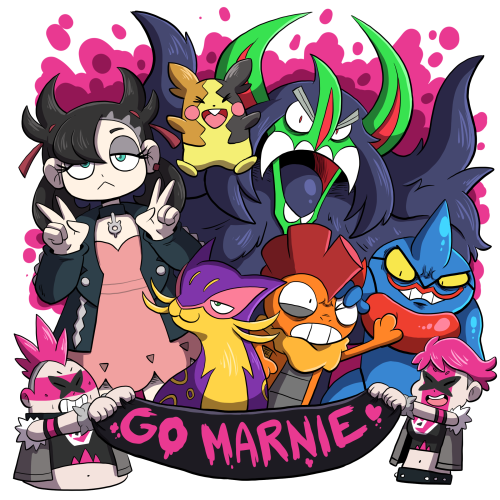 I didn’t really know what to do with this one, so I hope it worked! It’s also pretty short XD.

Kiki sat beside Scrafty, the small dark-fighting type hadn’t gotten up in the morning, Sawk was the one who had gone fetch her. The slight sheen of sweat was quite telling enough, the temperature HAD changed very drastically during the night.

“Hey Scraf…” The hoodlum pokémon turned tiredly at her. “Not feeling good today?” He crawled closer to her, she patted his head a bit, reaching inside of her medical kit and grabbing a thermometer. “Pop this in your mouth and don’t bite too hard on it, alright?”

Scrafty softly obeyed, still laying against her legs and leaning to her touch. Kiki couldn’t help but remember, when she had just met him. He had gotten a similar illness, she did whatever she could to help him get better but he kept trying to push her away.

She remembered her inexperienced 13-year-old self doing everything she could not to seem too demanding, but also trying everything she could to properly check on him. He got her fussed over many things many times, hating the thermometer, refusing almost every single medicine he took no matter how many times he had already taken it. Most trainers would’ve probably handed him over to someone else, she wondered about it for a while as well, yet every time she looked at him, she changed her mind immediately.

The girl saw herself in Scraggy (at the time), her mother’s family was not impressed when she got him, he had her attitude down cold. Everytime she was challenged and told she couldn’t do something, she’d do and succeed out of pure spite, Scraggy did the same. Every time she couldn’t do something and she’d hit her head on the wall to get new ideas, Scrafty picked up quickly. Even when being told some compliment and blushing away, they’d do the same.

She giggled, the many memories of similar experiences simply being too much for her not to giggle at. Her pokémon looked up at her, giving her a slight nudge, thinking she was laughing at him.

“Oh! Sorry! I’m not laughing at you! Don’t worry! I was just remembering something!” The sound of the thermometer beeping stopped her from elaborating. She checked on it, her guess being confirmed as well. “Yup. Fever… Well, you know what that means!”

Her pokémon smiles, knowing from experience it meant: Frozen berries. Sawk sheepishly looked away, already accepting the fact he wasn’t sick so he wouldn’t be pampered. Or so he thought.

“So Sawk! You like payapa berries, right?” His eyes beamed in response. “Gotcha! Frozen payapa and razz berries coming right up!”

As she prepared their treats, she continued to remember, they were nice times. 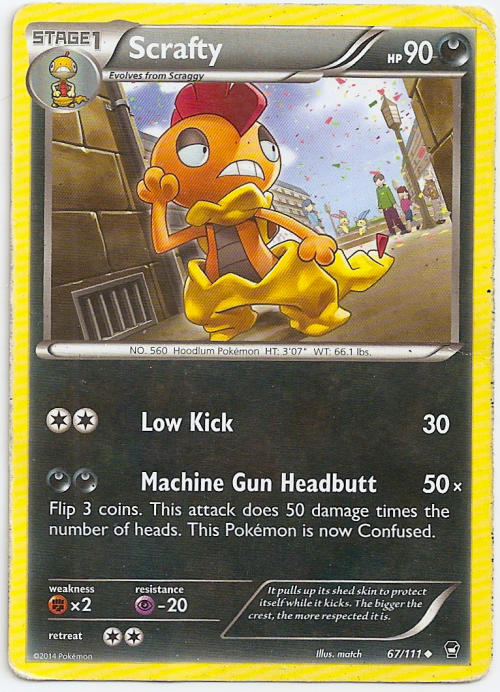 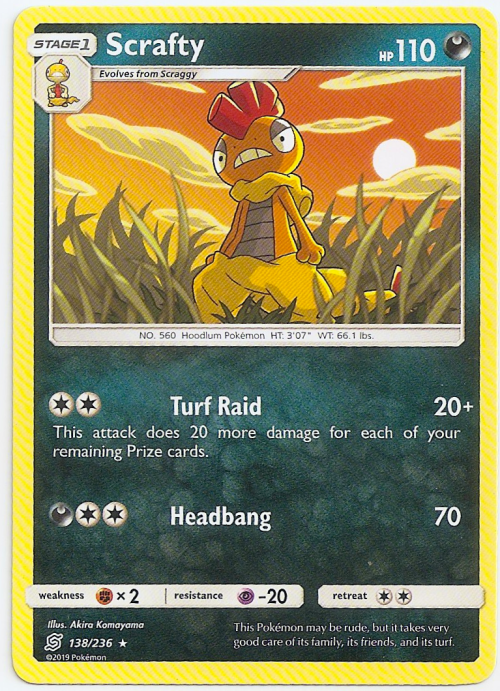 Idk i just really wanted to draw them in suits, and also practice my coloring some more

It’s the moment i realize my fave lizards are yellow and coloring yellow is a lil bit difficult! 8'3

We drew one of our favorite pokemon

“The Black ZAZ-968 purred away a real horrowshow. A nice, warm vibraty feeling all through my guttiwuts. Soon it was trees and dark, my brothers, with real country dark. Then I headed west.“

(Nikky arrived at the event.) 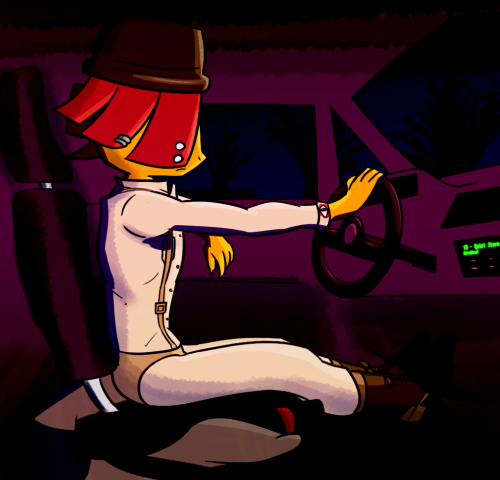 A coffee break with the boys~

Abraham: Are you… Doing alright My Lady?

Nana: I would like to say yes’m but…. I’m worried.

Abraham: If it is about that fellow back there, I can protect you My Lady! Why my fair humble steed and I can ride around night and day around the place to make sure you are safe!!

Nana: It’s… not ‘bout me… That… thing back there…. Showed way too much interest in my lil Bee… I have to try and tell her ‘bout it…

Abraham: Are you going to tell Fair Young Daintha as well?

Nana: No… She knows better…. Jolene she…. well… you know how she gets… ‘Specially wit them folks..

Nana: THAT’S what I’m worried about…. That thing back there is…. different. Than anything I’ve seen… anything that the girls have seen…. There is something wrong and… I need to make sure Jolene is safe and stays away.

Abraham: You speakith of the finest truth My Lady….. But perhaps shall you speak another night of this? After all, a time of gifts should not be given any ill will….

Nana: I wish I could, but I gotta tell her as soon as I can… Just… Something is goin to happen and I’m worried. I’ll just tell her afterwards…

Abraham: Ah well… FRET NOT. I’M SURE EVERYTHING WILL BE DANDY DEE ONCE WE RETURN!

They make their way through the tree clearing, closing in on the house.
Jody hears the distant sound of footsteps and Cluck’s signature clucking getting closer… 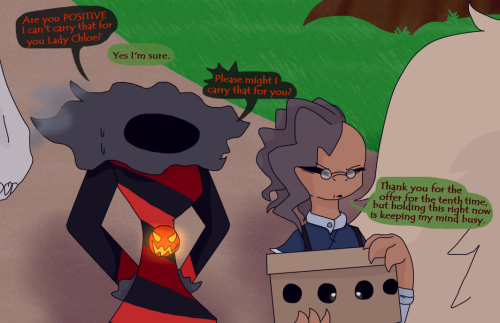