“It’s gates will never be shut by day – and there will be no night there. People will bring into it the glory and honor of the nations. But nothing unclean will enter it, nor anyone who practices abomination or falsehood, but only those who are written in the Lamb’s book of life.”

TW: homophobia mention, police brutality mention, r*pe mention most of which are at the very end of this. If you’re sensitive to religious texts more specifically the Bible and Christianity, do what you need to feel comfortable that can even include ignoring this post entirely. However, if you have homophobic family members who try to justify their bigotry by using scripture as their justification, this is an essay I’ve compiled and am continuing to write as I learn more about the Bible that expresses why being gay isn’t a sin and why being homophobic is. If you think you might find this post helpful or know people it could be helpful to, you’re more than welcome to reblog or screenshot, copy link, etc;

This is an essay I’ve compiled against homophobes who use Christianity as their justification for being homophobic.

The Bible was originally written in 3 languages. Hebrew, Greek, and Aramaic. If you would like to find the original verses in these languages, I encourage you to do so. Once you do find them translated directly from these languages into english. You will get different results than the verse you were raised with. Please bare in mind that Jews were gods chosen people. Jews have been taught in their beliefs and practices to question everything up to and not limiting to the existence of god. Questioning and interpreting gods word into something new isn’t bad and it is not false doctrine. This is what gods chosen people have done and he never once condemned them for doing so. According to god, it is not your place to condemn your brothers and sisters and siblings for doing so either for you will be judged as you have judged them.

Now, Please bare in mind that this book is over 2000 years old and the practices in this book are severely out dated. Patriarchy, slavery, etc; no one practices that because it is wrong. Please bare in mind this book was translated in hundreds of languages before reaching English. Even the best translators can make mistakes and mistranslations are bound to happen just with grammatical differences between languages. Let alone between centuries and whole ancient eras of life.

Leviticus 18: 22 there is a specific word for man and boy in the original Hebrew and two different words for “to lie with” this specific verse says that a man shall not lie with a young boy- in this case the word to lie with in Hebrew is a term meant specifically for a non consensual relationship. This verse is about pedophilia.

Ruth and Naomi. Both lost their husbands.

“And Ruth claved herself to Naomi” claved is used another time in genesis 2:24 in this verse about marriage. Ruth vowed in a marriage type manor not to leave Naomi. Declaring her love to her. When they meet naomis distant relative, boaz, in Bethlehem, boaz fathers a child to Ruth and Naomi but is not a father to it. The Bible declares the son to be Ruth and naomi’s son. Two married women with a son.

King David and jonothan, son of king Saul, became inseparable after their first meeting. “And jonothan made a covenant with David because he loved him as himself” when king Saul attempted to take David’s life, David and jonothan met in secret and planned to save him. 2 Samuel 1:26 “I am distressed for you jonothan. You have been very pleasant to me and your love to me is more wonderful than the love of a woman.”

1timothy 1:10 Paul wrote this verse in Greek. 2000 years ago sexual identity wasn’t a thing. The word where “homosexual” should be is arsentacoa which means abuser. God has a problem with abusers of man kind. Not homosexuals.

Genesis 9:20-27 Noah plants a vineyard and gets drunk on the wine after the grapes have grown and fermented. He gets so drunk he strips naked and falls asleep in his tent. His youngest son comes in and takes advantage of his father as he sleeps. When Noah awakens and sees what his son has done to him, Noah curses him. Not because they are both men, but because his son raped him. In the same chapter that you find Leviticus 18:22 we see that those who engage in inbreeding will not inherit the kingdom of god. Meaning incest no matter if it is between a man and a woman, two men or two women. Incest is a sin.

Christ is end of the law

Matthew 7:7 “do not judge or you will be judged in the same way that you have judged others.”

Matthew 7:12 “in everything that you do, do to others as you would have them do to you for this sums up the laws and the prophets.”

1 John 3:15-16 “everyone who hates is a murderer and you know that no murderer has eternal life abiding in him. For god so loved the world that he gave his only begotten son that who so ever believe in him shall not perish but have everlasting life.”

Love thy neighbor as thyself

Do not charge interest on loans

Do not mistreat foreigners

Do not eat pork or shellfish

Do not wear mixed fabrics

^ all of which can be found in Leviticus. The very same chapter in which “a man shall not lie with a man” can be found

Matthew 7:1 do not judge or you too will be judged

What is your reason for believing gay marriage should be illegal? Because it goes against god? Why should you press your religion into the American constitution? Freedom of religion? No the constitution says freedom FROM religion. You can practice whatever you like without it being enforced by the government. Many Jews came to America specifically Georgia for that reason so they could freely practice their religion without the fear of persecution. Meaning you can or enforce your beliefs onto other Americans. However, gay people and allies spreading love and awareness about homophobia isn’t enforcing our beliefs on you. It is promoting love and safety and acceptance and tolerance. If i began to tell you that you should burn in hell for being straight you wouldn’t like that would you? If you were beaten on the street for being straight you wouldn’t like that would you? Did you know that is 40/50 states there is a law in place called “gay panic defense?” Meaning if you claim you feel threatened by a gay person you can assault or even kill them for the sole fact they are gay and blame it on “they scared me” this is a way that many homophobic people especially police get away with being homophobic and police brutality against LGBT people.

35 states allow cops to have sex with people in custody. This is often targeted at lgbt people because if they try to fight back, the cop can claim gay panic defense and badly hurt or even kill them if they try to speak out against the cop. This is legal rape and it is disgusting.

A great way to live! 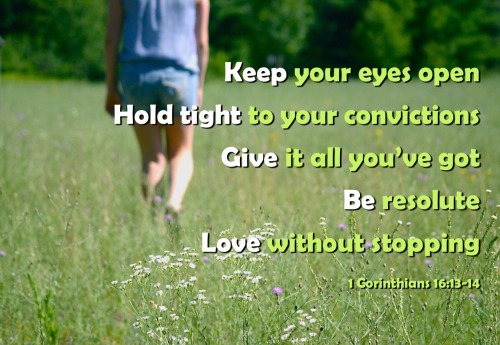 Create a fanwork inspired by this verse and tag it with #thenameofaslan and #tnoa100! (Feel free to use a different translation of this verse if preferred.)

“I am writing these things to you about those who are trying to lead you astray. As for you, the anointing you received from him remains in you, and you do not need anyone to teach you. But as his anointing teaches you about all things and as that anointing is real, not counterfeit – just as it has taught you, remain in him.”

So Y'all Scared Now?

2 Timothy 3:16 (NIV)
All Scripture is God-breathed and is useful for teaching, rebuking, correcting and training in righteousness, 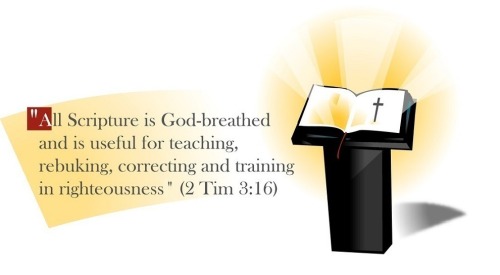 In her pride she shows off,
Wandering dangerously close to the cliff,
Taunting Eustace with her nonchalance,
Feeling the thrill  of the heights.

Eustace lunges to save her;
His scream rings in her ears.

In her negligence she fails,
Missing the King, who sails away,
Firing biting comments at Eustace,
Following the Lady in Green.

The Lion drags her to the window;
He must correct her course.

In her shame she faces the Lion,
Reflecting on the signs,
Trembling with fear,
Remembering all of her failures.

But peace, child, hear the Lion;
“He will not always chide.”

He draws her near with one look,
Forgiving her many failures,
Ensuring her that all is well,
Kissing her forehead.

The Lion’s blood revives the King;
In her world, his blood has done the same—
For her.

“I do not write to you because you do not know the truth, but because you do know it and because no lie comes from the truth. Who is the liar? It is the man who denies that Jesus is the Christ. Such a man is the antichrist – he denies the Father and the Son.”

At Your Breaking Point, Turn To God

To the chief Musician,  A Psalm  of David, to bring to remembrance.

2 Let them be ashamed and confounded that seek after my soul, let them be turned backward, and put to confusion, that desire my hurt.

3 Let them be turned back for a reward of their shame that say, “Aha, aha.”

4 Let all those that seek Thee rejoice and be glad in Thee: and let such as love Thy salvation say continually, “Let God be magnified.”

5 But I  am  poor and needy: make haste unto me, O God: Thou  art  my help and my deliverer; O LORD, make no tarrying.

“Surely you have heard about the administration of God’s grace that was given to me for you, that is, the mystery made known to me by revelation, as I have already written briefly.

In reading this, then, you will be able to understand my insight into the mystery of Christ, which was not made known to people in other generations as it has now been revealed by the Spirit to God’s holy apostles and prophets.

This mystery is that through the gospel the Gentiles are heirs together with Israel, members together of one body, and sharers together in the promise in Christ Jesus.”

“Cast your burden on the Lord, and He will sustain you; He will never permit the righteous to be moved.”-Psalm‬ ‭55:22‬ ‭

#wanderinginhisgrace, #faithshewillnotfall, #faithfulservanttothemosthigh, #in the presence of my saviour, #woman of faith, #women in the word, #bible study, #bible journaling, #bible, #study, #scripture, #the word of the lord
20 notes · See All
kimberlykirk-alongthewayVideo

If we truly believed number 9, how would it change us?

“Now may the God of hope fill you with all joy and peace in believing, that you may abound in hope by the power of the Holy Spirit.”

“Suppose I can understand all the secret things of God and know everything about him. And suppose I have enough faith to move mountains. If I don’t have love, I am nothing at all.”

This is what 2 Timothy 4:2 says: “Preach the word; be ready in season and out of season; reprove, rebuke, and exhort, with complete patience and teaching.” Amen! I love you! 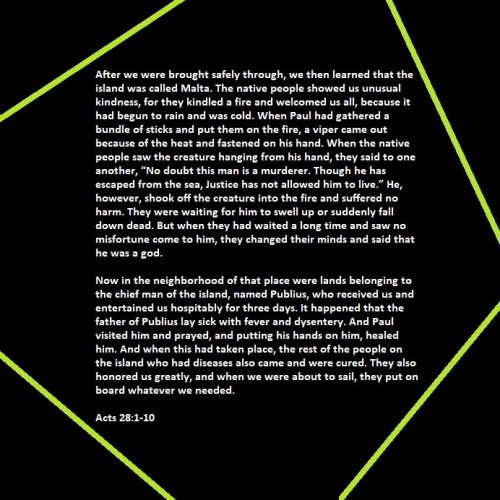 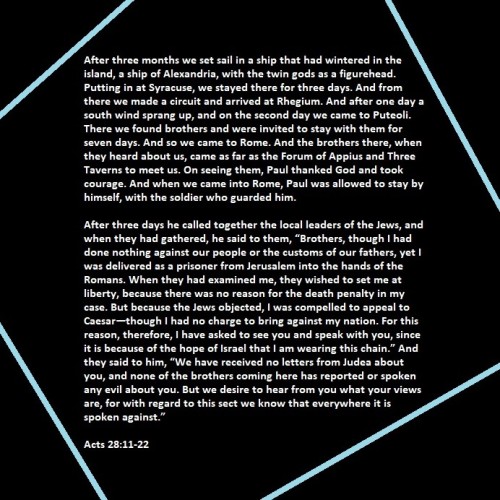 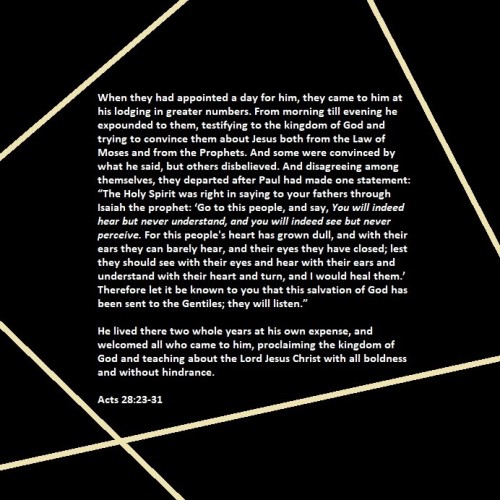