Sailor Izuru sketch. If he is good at everything what says he isn’t also the ultimate magical boy.

Exactly! Komaeda points out towards the end of his last FTE–a little bit before the famous aborted love confession–that the reason Hinata can understand him better than anyone is due to the fact that they’re so much alike; and that’s something Komaeda has felt since the moment they met on the beach because Hinata never had a “special” aura about him, the kind that people with talent normally emit. Hinata himself even reluctantly admitted that that’s true in his mind but he got defense and denied being a “miserable bystander” like Komaeda, which is something anyone can tell isn’t remotely true, at least by the end of the game. Hinata is so miserable and obsessed with the idea of talent society conditioned him into believing he needs to be remotely worthy, debatably even moreso than Komaeda, he had no qualms about going through with something as shady as the Izuru Kamukura project for a misguided notion of talent and hope. In fact, what Komaeda did in 2-5 with the desire to become ultimate hope in his heart parallels that, with the only difference being is that it took Komaeda until his worldview was wholly challenged to realize that, no, all along he didn’t want to be just a stepping stone for others’ hope, he wanted to be someone who can embody hope himself and feel accepted by those around him.

Of course this sentiment isn’t exclusive to FTEs and we see it a lot throughout the main story (and that’s one of my favorite aspects of Komaeda’s FTEs, almost every bit of dialogue, however trivial it may seem, is reinforced by the main story or in some cases Island Mode, the latter of which might not be hard canon but it’s definitely personality canon), especially during chapter 1 when Komaeda asked Hinata to be his investigative partner out of all the students (“Hmmm… you’re easy to talk to, and I feel like you have a scent similar to mine. We both harbor special feelings toward Hope’s Peak Academy… Isn’t that right?”) or when Hinata was angry with him in the post trial segment and Komaeda mistakenly thought Hinata hates him now (“That stings… I felt you and I were quite similar… you hold a special feeling toward Hope’s Peak Academy… just like me.) This was brought back in chapter 4 when Komaeda told Hinata that despite his beliefs he still cared for the latter, which leads me to my next point and it’s that Komaeda, from the very beginning, saw Hinata for the person he truly is and fell in love with that. Meanwhile Komaeda truly believed that Hinata had to have a talent so it’s not like he was being fake when he reassured Hinata that it must be an amazing one and he’ll remember eventually, he just managed to convince himself of that so he was more or less in denial because all his life he’s been absorbing the narrative that normal people are worthless and only symbols of hope are worthy of hope and his coping mechanism is built on that when he was head over heels for the antithesis of all that.

I have a lot of thoughts about Hinata and Komaeda in 2-5 but if i ramble about that then this post will never be over and I’m not sure I should’ve said this much, but I very much believe that the ending of SDR2 is symbolic of Hinata finally getting out of his comfort bubble and confronting everything he’s been so avoidant to face head-on (including the complicated feelings he has for Komaeda), but really it’s super obvious that those two come in a set when even some of their sprites are alike, they’re paired together in a lot of promotional material and it’s only the two of them we see in chapter 0. I could go on about this but I wouldn’t be done for hours if I did.

#komahina#nagito komaeda#hajime hinata#sdr2#super danganronpa 2#meta#ask#anon
11 notes
incorrectshsl
Conversation
Mikan
My girlfriend is wonderful. I listen to everything Chiaki says. I don’t mean she bosses me around, I just listen to everything she says because before I had a girlfriend, I never had someone who’s always standing next to me and can just point out obvious things that are happening
Mikan
Like we’ll be in a restaurant and Chiaki will be like, ‘You ordered your food an hour ago. It should be here by now.’ and I’m like, ‘Yeah, it should!’ It’s like having a lawyer for everyday life. She’ll be like, 'Saionji shouldn’t talk to you in that way.’ And I’m like, 'No, she shouldn’t!’
Mikan
Before I had a girlfriend, I had no standard of how I should be treated as a human being
#Mikan Tsumiki#Chiaki Nanami#i like them#sdr2#sdr2 goodbye despair#Dangan Ronpa#danganronpa#danganronpa 2#source: john mulaney#incorrect danganronpa quotes
1 notes
incorrectshsl
Conversation
Komaeda
Hey, y’all! I know it’s not cool to follow rules in this wasteland God has abandoned, but I must inform you that the laws of physics do still remain in place the next time you decide to attempt to throw an entire loaf of bread onto the dorm balcony
#Nagito Komaeda#incorrect danganronpa quotes#Dangan Ronpa#danganronpa#danganronpa 2#sdr2#sdr2 goodbye despair#source: unknown
0 notes
incorrectshsl
Conversation
Komaeda
Does spider have pusspuss?
Souda, immediately
No??????
#Nagito Komaeda#Kazuichi Souda#incorrect danganronpa quotes#Dangan Ronpa#danganronpa#danganronpa 2#source: yahoo answers#sdr2#sdr2 goodbye despair
0 notes
envia8le
Text

Please DNI if you are/someone who partakes in, are an apologist for, and/or support: bigots of any kind, abuse and/or victim blaming, attacking/doxxing people, invalidating mental/physical illnesses, shipping real people, pedo/“””MAP”””, incest of any kind and that includes non biological, someone who just throws around terms like biphobic, aphobic, ableist, etc., policing other people’s labels/pronouns, “””fudan/fujo”””, or just generally rude and creepy.

Yeah? We still have rules here.

What kind of rules?

No stealing, no fighting or hurting people, no guns, no overindulgence, and no leaving the island without permission.

Cuz it’s dangerous! We’re out here in the middle of the ocean. If someone left without permission, we wouldn’t even know, they could get lost and maybe even drown!

#had a very serious discussion abt this w my partner in crime abt this#some of these decisions were easy. natural. some of them just have the vibes#others were much harder 2 place on this scale#this chart also raises the question of who still wears their retainer afterwards#sdr2 lacking on the dudes w braces rep#some of the people in had braces will do anything they can to hide their brace past#most notable examples: leon fuyuhiko miu#most embarassing thing ive ever posted is this btw#dr#danganronpa#thh#sdr2#drv3#ndrv3#killing harmony#trigger happy havoc#dangan island#super danganronpa 2#yes i like attention from strangers on the internet can u tell
3 notes
catgrump
Text

THEY ALL HAVE SPRITES NOW!

The OC most aligned to who I really am:

Aka Kazuichi’s loving and devoted girlfriend

sketching while making comms uh i miss them,,, 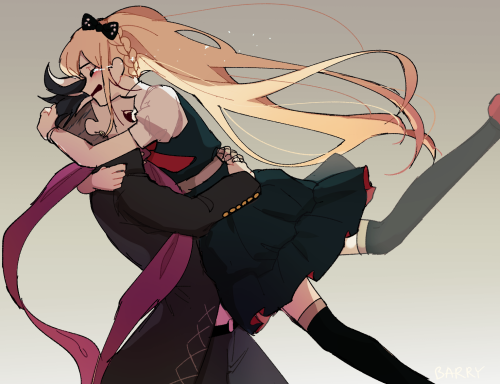 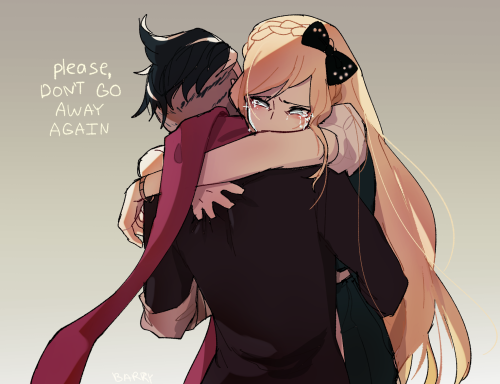 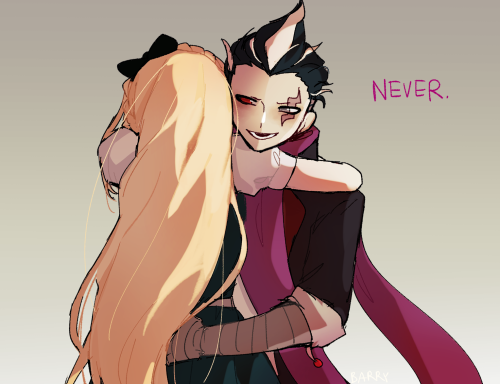 ♡ i wanted to try out making a moodboard. haven’t made one in a while but i think it turned out nice, though the lines are a little too thick. might post the individual mikan icons later. 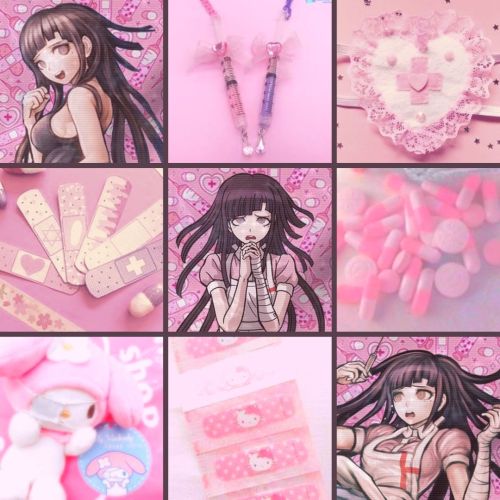 IM SORRY HOSPIPALS NATION I FORGOT TO FEED YOU ON HERE, EAT UP AJSJAK

couple of guys bein dudes on the carousel