Okay, okay, okay! I get that y'all are super mad at the end of Season 3 when Daniel and Johnny limp away, leaving Robby with Kreese. A lot of you are ranting and raving about how Robby is still a “child” and they should have dragged him away. Which makes me assume you have never experienced the stubbornness of a 17 year old as well as the fact that you CAN’T JUST DRAG THEM!

If Robby’s life was in danger I bet they would have made sure he came with them but Kreese wouldn’t do that to the teen that he sees so much potential in. He’s manipulative and made it seem like he was the only one who could understand Robby. Someone who would actually have his back and enabled Robby’s valid anger in life into a rage against his enemy’s.

Kreese isnt some Disney villain. He’s a war veteran with strategy, false charm and manipulation. And while he’s a psycho that needs to go, he’s great at teaching damaged teenagers how to channel their rage into No Merct Cobra Kai.

So, let’s stop focusing on Johnny and Daniel dragging an almost adult away from what he presumes as a “safe space” and focus more on getting rid of the crazy karate coach Kreese.

Chibita… I can’t believe you finally said it. 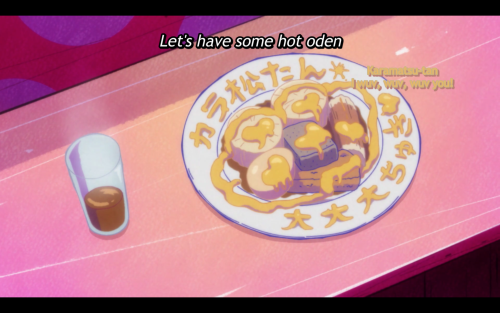 imagine becoming a bertholdt simp 3 episodes before he gets freaking eaten alive. even worse?

i was also a erwin stan.

ngl I’m obsessed with the fact that sparrow!ben isnt number one like a lot of us thought… the character potential, the drama, the Diego-esque conflict … mr blackman I am ready

this is a fantastic question, and i’m so honored that you thought to ask my opinion.

I think S3 left a lot of us feeling a little worried about the future of robby in general. right now what we want most is his safety, and also his happiness and a good relationship with his father.

do I think that S3 tore them apart? yes definitely. but do i think they can ultimately come together? yes i do!

one of the things that i love about robby is that he’s painfully forgiving. sure, he’s a hothead and he holds grudges, but he is also prone to forgiveness. he is very much like daniel larusso that way.

I think, in canon, we will see johnny have to choose between his son and surrogate son over and over again, and it will constantly cause conflict. but I do trust the writers to give them a happy ending eventually. I unfortunately think we won’t get it until the end of the entire series, though, because I think that will be the cherry on top of johnny’s redemption and growth arc.

as for how he was written, ive rewatched the season as of yesterday, and I still think robby was underutilized. he didn’t have nearly enough screen time, but I do think S3 is mostly a stepping stone to S4. there was a lot to set up and put in motion, so some arcs got shortened. I wish we’d seen more of him.

I think his anger is believable and his need for what he considers to be revenge is in line with his character. the only scene I thought was a little weird was the one where he sees miguel and sam together. I think at that point, kreese had gotten to him and his frustration had eaten him away for too long. BUT I dont think we got to see that explanation and that made the scene feel a little rushed or out of place.

this is so long and rambling and i’m so sorry! but i’m hopeful for robby’s eventual happiness with his father and I will keep writing their reconciliation a thousand different ways. 😂

b) he has no grounds to oppose this, Anthony will technically be joining his dojo under his part training (part senseiship? part senseiring? 🤔)

I have no depth perception so this is a face hold AMIRITE? 😍😍😍😍 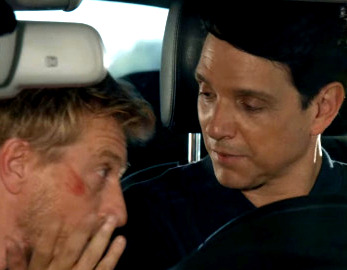 Kumiko telling Daniel she never married or had kids because nobody else ever fought to the death for her, right? But mostly she’s saying that because she’s tryna let this asshole who’s all heart eyes over a girl he’s not seen in 30 years down gently. She doesn’t wanna be like ‘oh I’m gay. Daniel, sorry, you were pretty like a girl back then and it made me feel some things’

Johnny Lawrence: The most popular influencer of Eagle Fang Karate

’’I can feel it coming in the air tonight, Oh lord’’