I did a quick sketch of Ciel Phantomhive. 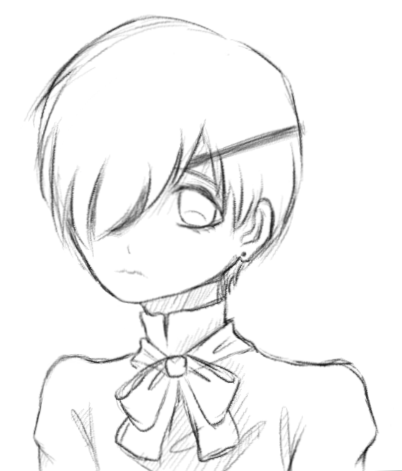 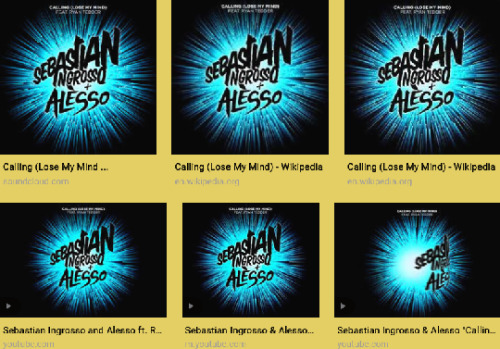 Ah, but the staff did have fun!

#d art, #among us, #disneyhighau, #dalek, #silk, #phil, #terk, #baloo, #bagheera, #cogsworth, #lumiere, #genie, #mushu, #jumba jookiba, #pleakley, #zazu, #sebastian, #hercules, #tarzan, #beauty and the beast, #the jungle book, #lilo and stitch, #aladdin, #the lion king, #the little mermaid, #tradionalart, #cuz why not, #this was a joke that silk and I discussed a while back, #hey silk you're admin in case you were wondering XD
2 notes · See All
wampumheartPhoto 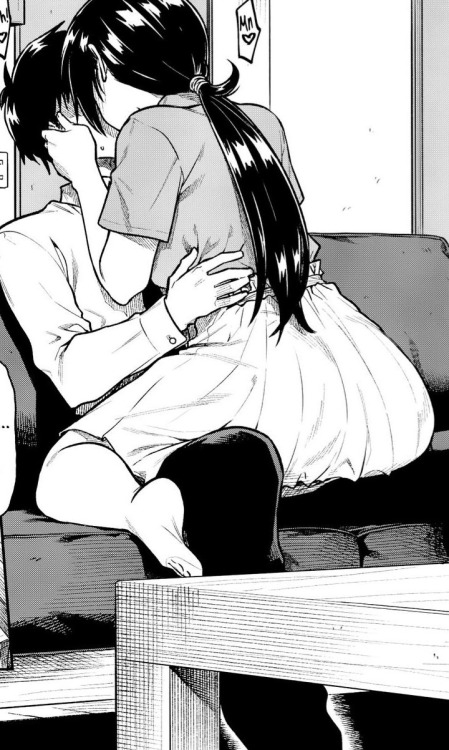 Sidenote: The zine is finally out!! My piece to From Grandpa’s Farm zine!! It’s completely free so go ahead an check out other people’s works. Thanks to @lbzines for giving me this opportunity!! TwT

The view of the blue sky with the rays of sunshine seeping through between the collided clouds as they hide the sun’s presence. The everyday morning view as she gazes up from the windowsill. Time to start the day! Pulling away the bed sheet while stretching her arms, Zera takes out a notebook from the drawers to check for today’s to-do list.

I never noticed this until now…

Ciel moves in front of Sebastian to protect him from Undertaker’s attack.

Ciel jumps in front of Sebastian to shield him:

He was next to Sebastian, now he’s in front: 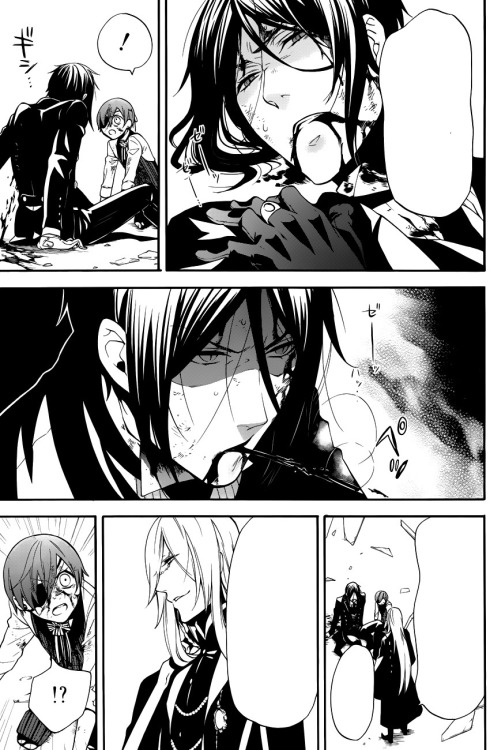 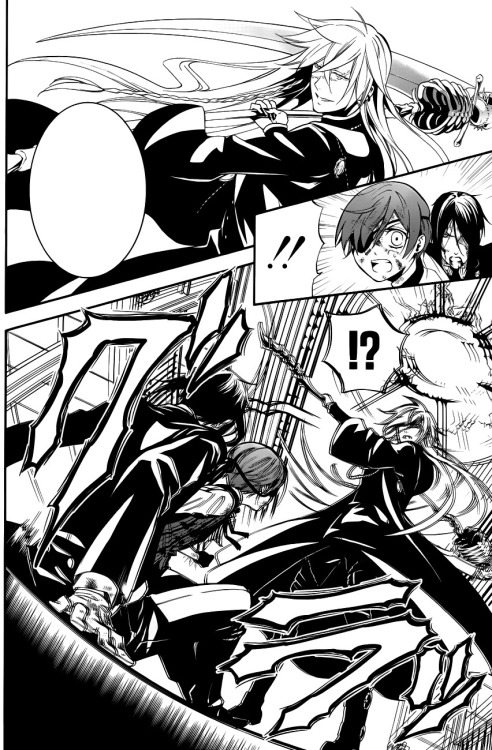 Sebastian is a carrot! (Or at least he really, really hopes the other carrots think so… especially that one whose mouth is three times as wide as Sebastian himself!) 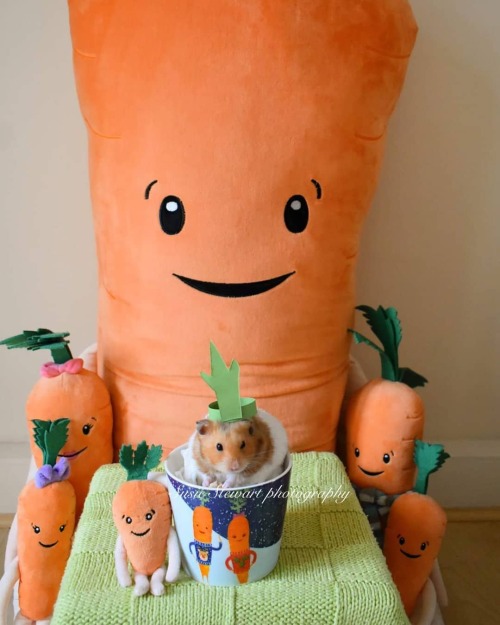 Black Butler #297 - Depending on if her reactions are actually foreshadowing. Or she’s really just talking about his long hair.  ~ LoveAnimeHateReality 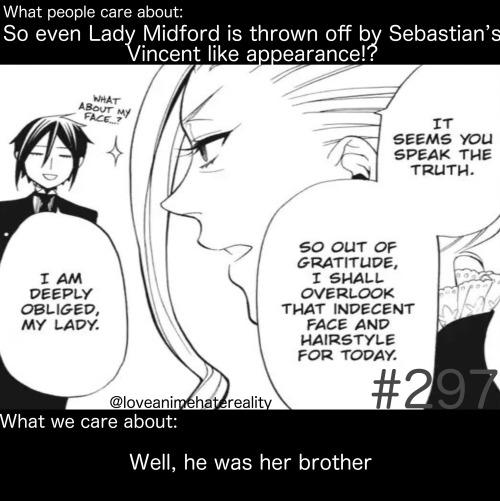 “Indeed, that order’s true meaning was, ‘Inspect the hearth closely.’

Though you are such a cruel master…

Since you gave me the order, knowing I would be killed if I inspected the hearth.”

Sebastian is a Unicorn!!! 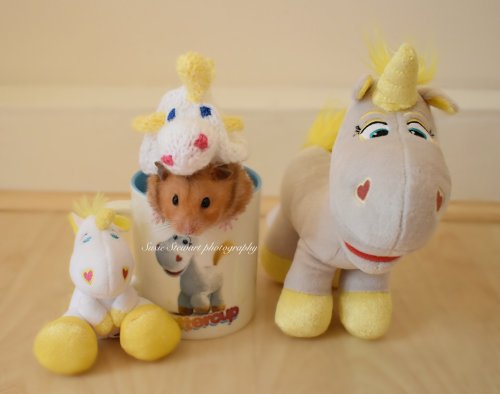 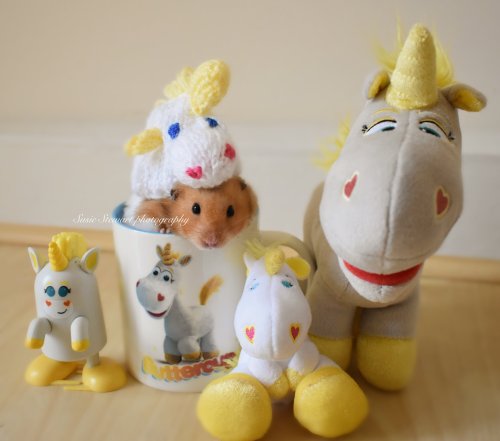 🎭 - our muses try on / buy halloween costumes together

“Is it safe to presume you’ve already got an idea of what you want to go for costume-wise?” Elena asked the other. “My theme for this year, as every year, is to choose something I can get Kristoff to wear with me,” she added with a laugh.

Jim had sent him the text, Sebastian was sure, as soon as he gained the knowledge that it had happened.

Someone had broke into Orion’s shop and Jim was freaking out, quite sure he was okay for now but worried something else would follow, someone would try to hurt the man.

So, true to what they had all discussed and knew to be the procedure, Sebastian left immediately going to the shop to check on the other and investigate around the shop, just to make sure no one was laying in wait for the time they have a better shot on Orion.

Sebastian couldn’t say he wasn’t worried about Orion as well, but he was definitely staying more calm and cool than Jim who was practically screaming at him through the phone. Seb could tell it was just the panic making his voice rise and not anger or frustration.

💀- our muses go into the shrieking shack/haunted house together

“I’m a little nervous, but I’ll just remind myself everything in there is fake anyways,” Verity nodded to herself. “How about you? Excited?”

🎡 - our muses go on carnival rides together

“Hey that one looks like fun,” Axel pointed out, having to tilt his head to even see the highest point of the ride. “Should we go for it?”

‘Doing the do w that nun’ anon you killed me. Honestly that made me laugh so much. And yes of course you can, sorry this took so long and hope you enjoy!!

❗️Warnings; angst. More so than expected

You were beyond upset. When your relationship with Sebastian started, you were fully aware of his duties and obligations to his contractor and in turn, his duties and obligations to the Queen. The main consequence of that was Sebastian’s lack of free time, something which you were always very understanding of as he literally had no choice. You also knew he would be directly involved in many of the major police investigations happening in the area and as such would have a hand in how they were conducted. You had no idea that it would mean this.

You swallowed hard and flicked a stray tear from your cheek. As a demon’s mate, you were supposed to be afforded certain things by him as well. Like for example, him remaining faithful to you. You thought you at least deserved that. Mates were meant to share an unbreakable bond and whilst you knew there were very few extents Sebastian wouldn’t go to for the sake of obeying his master, you had at least expected he would tell you if doing something like that was an option for him, or checking that you were alright with it. Clearly not.

You blinked rapidly in am attempt to diffuse the mist in your eyes, jumping slightly when someone knocked at your door. Three quick, hard knocks in succession, and there was only one person you knew who knocked like that. The last thing you wanted to do was deal with the demon right that second, but you knew he would be well aware you were at home and as such you wouldn’t be able to ignore him. You walked quickly over to the door, ripped it open then stalked away again, not giving the butler a second glance. You stood in front of a window, leaning your hands against the sill and huffing quietly. You tracked Sebastian via his footsteps, refusing to turn towards him.

He murmured your name quietly, barely a breath behind you but you remained stubbornly staring out the window. The demon’s hand came to rest on your shoulder, which promptly stiffened without your permission. He let out a short breath.

“Y/N…” You squeezed your eyes shut for a moment. You both stood in silence for a couple of minutes, until he tried again. “Will you at least speak with me?” You had to restrain yourself from physically growling and unable to contain yourself, you spun around to face him, knocking his hand away from your shoulder at the same time. Sebastian’s eyebrows drew together in concern when he saw your red rimmed eyes and the moisture still residing in them. “Y/N I’m so s-”

“Don’t.” You were looking past him in favour of meeting his crimson gaze, trying to keep your voice steady. “How dare you,” you ground out, upset and angry all at once. “You barely leave my side when we’re out together, you have an arm around me before another man can so much as look at me, then I turn my back for one minute while you go on an investigation and you do this? And with a nun, Sebastian?! I’m supposed to be able to trust you, what were you thinking?!” You went to shove him as hard as you could but he grabbed your wrists before you could.

“Will you allow me the chance to explain?”

“Why should I!” You were angry now, yelling with the tears gathering in your eyes once more. You went to pull away from him but he held your wrists in place with enough force that you couldn’t move so much as an inch. You tugged hard on your wrists again, but to no avail. “What?!” You cried in exasperation, shaking your head. The demon waited until you were finished and looking him in the eyes.

“I needed to gather information for the Young Master, you knew this was a duty of mine right from the start, hm?” Any forms of retaliation were directly cut off when he continued as if you had said nothing. “This was the only viable option for doing so. It was a way to gain information for my contractor, nothing more. You understand that, surely.” You grit your teeth as you tried not to say anything rash, but ultimately you failed.

“No, I don’t. I knew you would need to use certain … unorthodox methods to obey your master to the best of your ability, but you never once method this or anything of the like would be an option. And the way you behave around me when you feel even in the slightest bit threatened-”

“Firstly, I didn’t specifically mention this method by name as you never asked me for the details, and secondly, I do not feel threatened by other mortals, I simply don’t trust them with regards to you. It’s not you I don’t trust.” You let out a long sigh then, feeling the fight and the anger drain from you the longer this went on. Of course he would have loopholes and reasons for why and what it would come down to in the end was that he wasn’t at fault. This just wasn’t something you could deal with at that moment. You allowed your arms to go slack and he finally released his hold on you, being fairly assured that you wouldn’t immediately run off.

“Exactly,” you muttered, “and I’m supposed to be able to trust you as well. All you’ve proved to me today is that I can’t.” You turned your gaze away from him.

Sebastian stood still as you stepped past him, once again not giving him a second glance. You opened your front door and waved a hand through it, gesturing for him to leave. He remained still for a moment as if waiting for you to start laughing at the joke. You didn’t.

You didn’t watch as the love of your life walked away, for who knows how long, choosing instead to shut the door and go back inside. You resumed your previous position on the sofa, and this time you did let yourself cry properly. You didn’t know the extent to which the exchange had hurt him too.

Done with this Ref sheet of Sebastian from The Loud House.

(I guess a few characters/persons are left, gonna do next time).