Next one in the series! What do you guys think? These were so fun to draw

listen, I like the yunmeng bros reconcilliation trope I do, it’s just. real life isn’t alwayw like that, you know? we don’t always go back to being friends with someone with whom we had a fight or just stopped talking to. so what i wanna say is i want to read more fics where the reconcilliation doesn’t happenee and they just go their own ways

Sun conjunct Rahu (look at his eyes!! Rahuvian as hell!)

NOTES: Jiang Cheng’s donghua VA has Leo Uttara Phalguni moon. So, there is a correlation…

The fixed star DENEBOLA is located in Uttara Phalguni. DENEBOLA is known as “the Lion’s Tail,” which honestly reminds me so much of Zidian.

Also I find it SO FUNNY that Uttara Phalguni’s deity Aryaman  means “companion” and is the god of legal contracts —- Jiang Cheng being Wei Wuxian’s ex-martial brother and their promise… IT IS JUST TOO FUNNY.

Something EVEN FUNNIER is that one of Anuradha’s symbols is the Lotus flower and the Jiang sect’s symbol is the lotus. 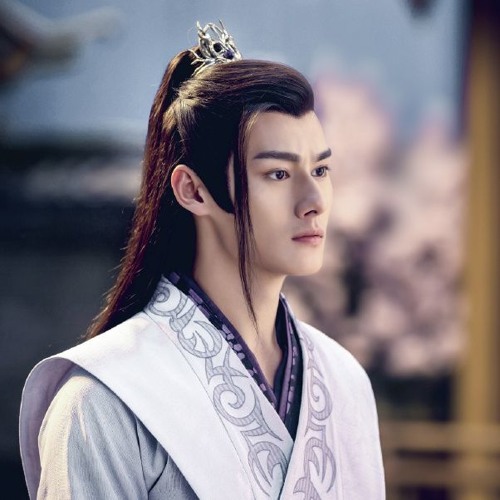 Thanks so much for sending in! Sorry it took so long! 💚

She doesn’t mean to do it, it just happens. Sect Leader Jiang is simply there, and then her usual calm composure begins to bubble, and then she stutters under the weight of his gaze.

It’s not nerves from reporting. She has no issues when it’s the head disciple or either of the Sect Leader’s assistants from his mother’s Mishan Yu sect. Only when those intimidating eyes bore into her.

It only worsens over time.

The soft, recoverable stutters begin to grow into tangents, and then outright ramblings. She squeezes her eyes shut and shakes her head with a small murmur of apology.

“You’ve seemed not yourself lately,” Sect Leader Jiang interrupts one day, his chin casually propped up on the knuckles of one hand as he leans in the embrace of the lotus throne.

“I’m fine sir,” she manages to squeak out. “You’re just-“ she cuts off with a small sound. She can’t just say it!!

“Just what?” He looks down at her, all vibrant violets and lighting lavender, deceptively calm against the storm lighting in his eyes. And his eyes- dear heavens his eyes. And he’s all just… so…

“Very handsome,” she thinks, not noticing until the man in question straightens like a alley cat caught off guard that she’s spoken out loud. “I mean- that is-“

She meeps softly, turning to the side as she feels her face burn, reaching up to cover the damning streak of red over her cheeks.

“Right. Well,” he sounds like he’s unsure of what to do with the situation, which- Sect Leader Jiang? Unsure? Never! “I think that will be all for today. Th-thank you.”

She isn’t sure if she actually hears him stutter, already giving a quick bow and scurrying out the door, embarrassment painted red all over her.

She only squeaks a little when she gets a message a day or two later inviting her to dinner with the Sect Leader.

Next part in the series. Ok but imagine growing up in Lotus Pier…the vibes

Canon: Jiang Cheng is too troublesome and has too high expectations, how will he ever get married?

kiss me in the rain

kiss me in the dark 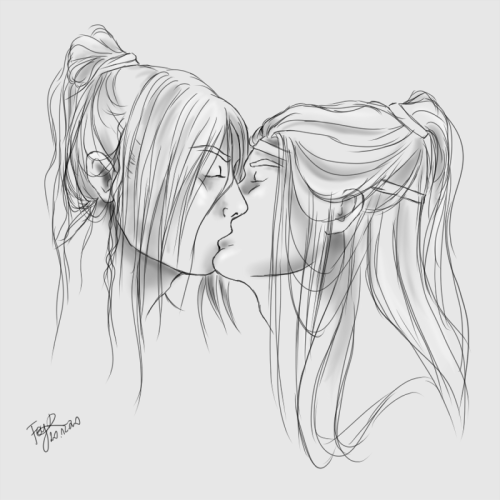 you know how there’s a lot of that reality shifting discourse on the internet rn?

modern au where jiang cheng went through some shit since he was a child and when he finds this yt channet talking about reality shifting he’s like “naah, this can’t be real” but then he’s like “it’s not real sooo…. it won’t hurt to try, right?” and then after a few days he wakes up in a room he does not recognise, with a father greeting him with a smile and with a mother telling him ‘i love you’ when she goes out in a rush. there is barking coming from the porch and his sister and brother whom he hasn’t seen in years are giggling while watching some stupid show. he’s 16 again and this time he’s happy.

this time there is a boy he doesn’t recognise sitting on his couch. that’s weird. he doesn’t remember scripting him.

modern au where jiang cheng get internet famous for his singing and/or some instrument playing and literally everyone and their mother is his fan and he has wwx talking about the ‘sandu shenghsou’ and random people on the street and even his father!! saysbhe likes that anon dude and jc is just so 😭😭😭 yes!! finally someone is appreciating me

Why am I always like this? It was supposed to be just a sketch, and now I decided it was better to reach for the colors, though. 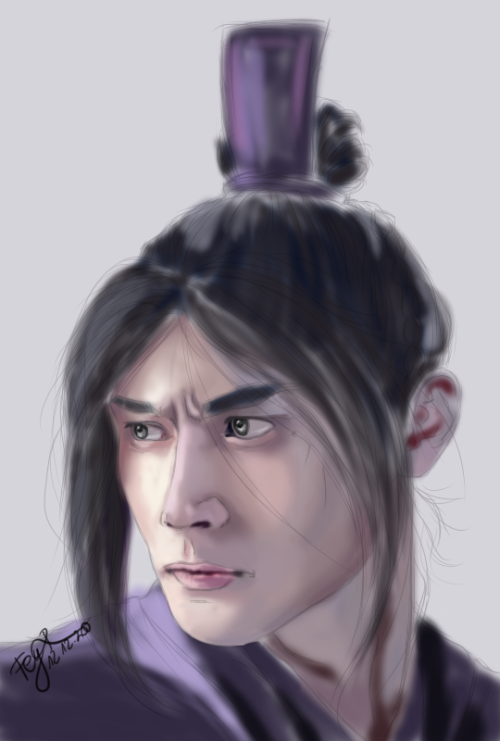