I am hard pressed to find nary a caterpillar. I think the wasp(s) came to the rescue in the nick of time! That is so amazing (for which I am also grateful).

The alpine strawberries are coming off. I ate the first Tay of the season today.

Worked more in the old chicken yard. Cut up the Christmas tree. It was still green up to about two weeks ago but with a series of storms and blow overs, it was given up as a lost cause and left laying on its side. Using the limbs about the ancient red rhodie since they appreciate an acid soil. So many tree limbs to take down. I think the ancient dogwood may have gotten choked out by the Lady Banks rose and the haw. Still have the urge to have the chicks on the other side of the house but the coop is not moveable to that part of the garden. Matter of fact, I don’t think we can even budge it!

Was able to source some cardboard from the farm stand outside the city where I donate the flats. When the farmers don’t take back their boxes, they pile up and are given away willingly. Will lay down more as barrier and cover with wheat straw and other cuttings from pruning. Mulching/ compost in pathways.

I purchased a hose extender/ water wand. I wanted just a basic one but all they had was these fancy multi stream ones. But it does have a brake which I appreciate. I still may be too short to get water up into the toms because the opening may not be large enough in the jug.  They aren’t wilting so they must have enough for now. Maybe a funnel in each jug OR drip irrigation!

Worked on taking down the winter veg seed crop. Maddeningly slow process as trying to detangle. High humidity and high pollen count did not help the venture. Most of the Asian greens (brassicas/mustards), red Russian kale, and radish looked fairly mature seed pods. Strip the leaves and any immature limbs/pods off the plant, insert seed heads into paper bags, clothes peg lightly to plant, leaving root out and exposed, hopefully able to have the seeds finish maturing without mold setting in. The Swiss chard, beet root and Lacinato/ English/Italian kale are not ready to flower so I left those.  The red cabbage was pulled and thoroughly danced upon to insure all those fat, juicy aphids would compost well. Pulled the water starved strawberries from the bed so I can put in nursery paks to send off to the sale. Most of the flats I seeded are starting to come up. I have them sitting on the back walk so will need to drape some tulle over them to keep pest out. But then will the dog think its something to walk and lay on? Having the summer house done would be nice.

The Asian pear has fruit this year; mainly on a couple of branches. I will let it do its own thinning if it wants.

The roses are all in full bloom except for the two I moved late in the season. One might make a come back.  I am hoping the other will too and not die back completely. The wild rose is doing very well so am hoping for a great harvest of hips. I still have rose cuttings that have rooted in pots that need to get in the ground.

My tea camellias are in transit but unfortunately have suffered a mishandle. They were to arrive today and I was ready to go pick them up. Now maybe, just maybe, Monday but I can’t reach them until Wednesday! The fun part is that the company stops shipping Friday (today). Let’s hope they survive as there will be no more until next Spring and I am not going to keep playing this game. Just like I refuse to pay extortion prices for Autumn raspberries. This whole panicdemic is getting ridiculous.

I am contemplating making a tiny glass house / large cloche for the lemon tree. It is inundated with blossoms and the scent is fabulous! So do I make the cloche big enough for me to crawl in there too as to enjoy the beautiful scent (aromatherapy) ?! Maybe just maybe, get that damn summer house up and going then move the tree into barrel then there… yeah, that’s the ticket!  *big eye roll* Sometimes I get distracted with the here and now vs the future with limited time. SOME times?! Yes, some times.

Increased the diameter of roost for the chicks. Their feet have gotten so big! Alcott has noticed too and has a thing about her toes. She does this funny walk then picks up a foot to examine it. Walk, look … Minister of Funny Walks. They are doing well. I am starting to really worry about Rossetti.  She has taken to pecking me; every time she won’t stop after a couple of gentle ‘no’ and brush offs, I just pick her up and cuddle her until she stops screaming then return her back in the run. She just has such a bad attitude and too young for that! I want to stop her bad habits so I don’t have to re-home her. I had a chicken once that was a sneaky twit and finally got rid of her for the sake of the flock (she would pluck and peck other hen’s butts at night!) … and you know, she settled right down at her new home surrounded by ducks and a goose! I guess she was a malcontent or a princess (or both) that just was unhappy in the pecking order. My other fear is that she could be a he. Friends don’t eat friends but I definitely can not have a rooster ‘in town’ and most just get too aggressive as they age so no one wants them for pets. But I’m not going too far down that path just yet and sticking with the fussy middle chick that’s not like the others, and trying some positive reinforcements to bad behaviour.

It seems like this is the way humanity is treated, a delicate seed forced to grow and mature just so it can feed the bigger man

I’m going to have oatmeal with blueberries and granola with seeds and nuts for breakfast! Blueberries are a favorite of mine! 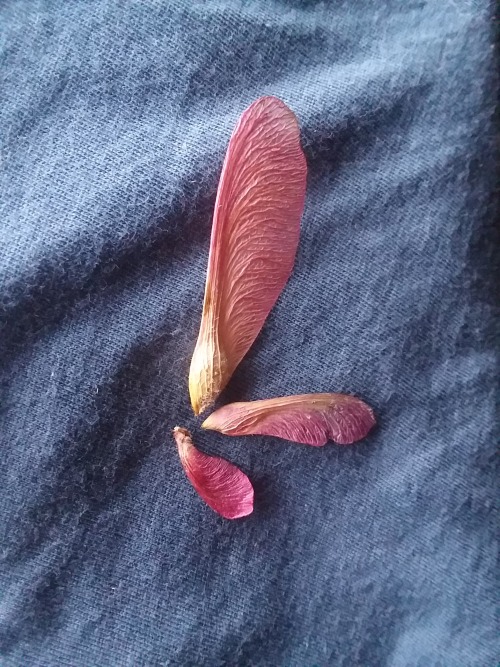 Some plants such as lettuce require cool conditions for germination (<10 oC), a condition known as thermo-dormancy. This reflects the evolution of the wild parent species in cooler environments and growth cycles limited by higher summer temperatures. Transforming live but dormant seed into new healthy self-sufficient plants requires care and planning. The conditions in which seed is stored before use greatly affect the vigour and quality of plants post-germination. Seed which is stored too long or in unsuitable environments deteriorates resulting in unthrifty seedlings.

Seed is either sown directly into soil or into compost designed especially as an aid for germination. These composts contain carefully balanced nutrient formulae which provide larger proportions of potassium and phosphorus compounds which promote rooting and shoot growth. The amounts of nitrogen needed at and immediately post-germination are limited. Excess nitrogen immediately post-germination will cause over-rapid growth which is susceptible to pest and pathogen damage.

Minor nutrients will also be included in composts which ensures the establishment of efficient metabolic activities free from deficiency disorders. Composts require pH values at ~ 7.0 for the majority of seedlings unless they are of calicifuge (unsuited for calcareous soils) species where lime requirement is limited and the compost pH will be formulated at 6.0. Additionally, the pC will be carefully tuned ensuring correctly balanced ionic content avoiding root burning disorders. Finally, the compost should be water retentive but offering a rooting environment with at least 50 percent of the pore spaces filled with air. Active root respiration is essential while at the same time water is needed as the carrier for nutrient ions.

Some plants such as lettuce require cool conditions for germination (<10 oC), a condition known as thermo-dormancy. This reflects the evolution of the wild parent species in cooler environments and growth cycles limited by higher summer temperatures.

Careful husbandry under protection such as in greenhouses provides plants which can be successfully transplanted into the garden. The soil receiving these should be carefully cultivated, providing an open crumb structure which permits swift and easy rooting into the new environment. It is essential that in the establishment phase plants are free from water stress. Measures which avoid predation from birds such as pigeons may also be required.

Netting or the placing of cotton threads above plants helps as a protection measure. Weeds must be removed otherwise competition will reduce crop growth and encourage pests and diseases, particularly slug browsing. Finally, the gardener will be rewarded for his/her work with a fruitful and enjoyable crop! 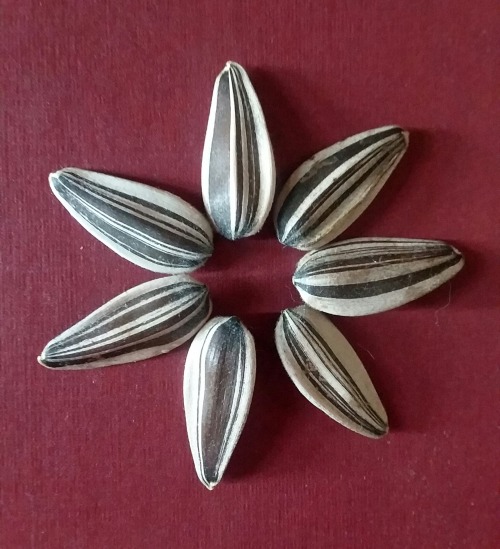 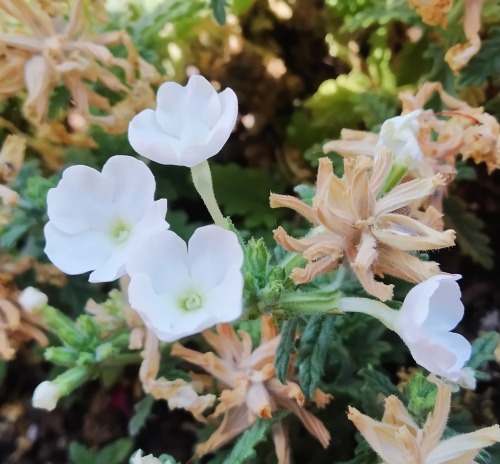 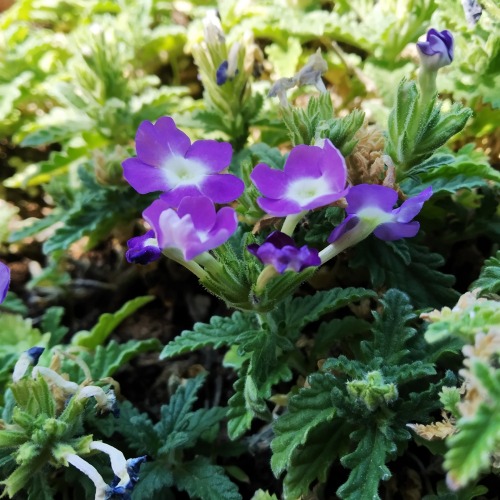 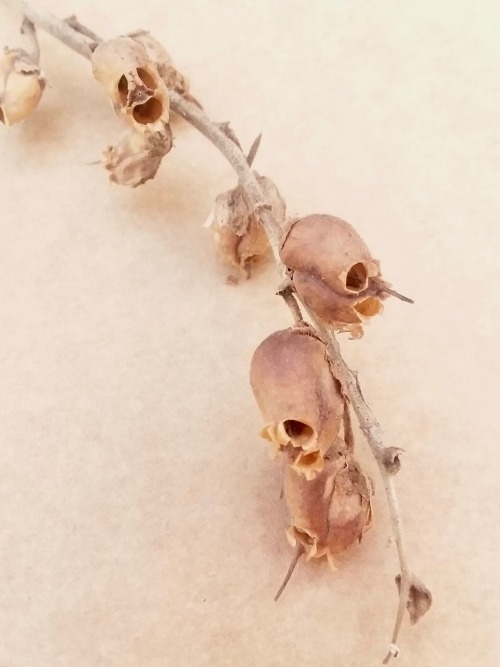 Dahlias so giant only four will fit in an average garden. 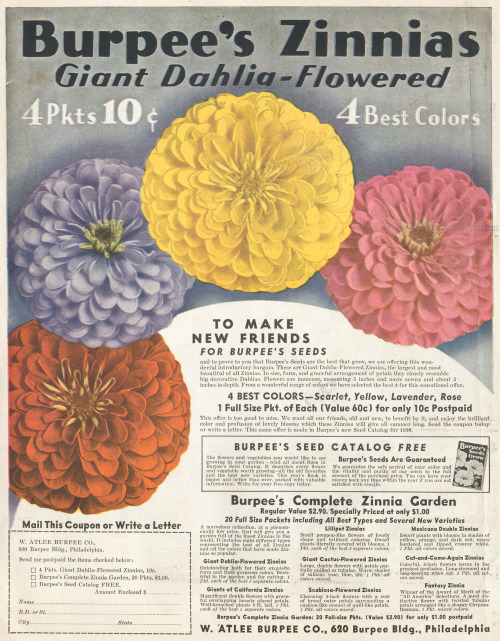 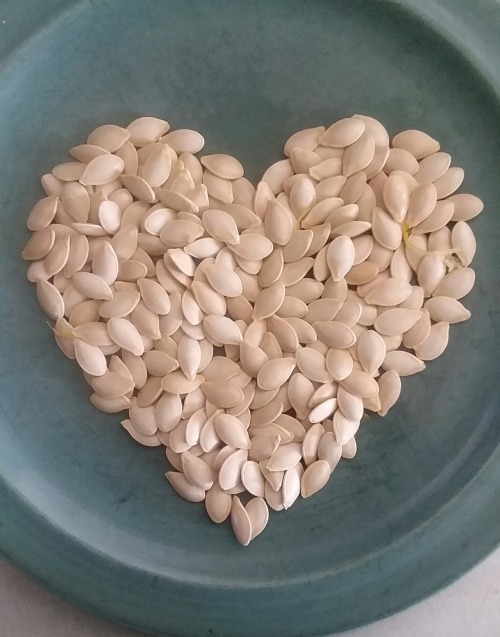 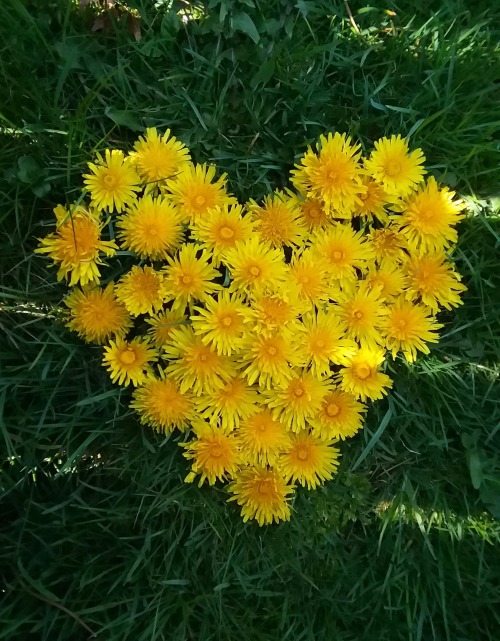 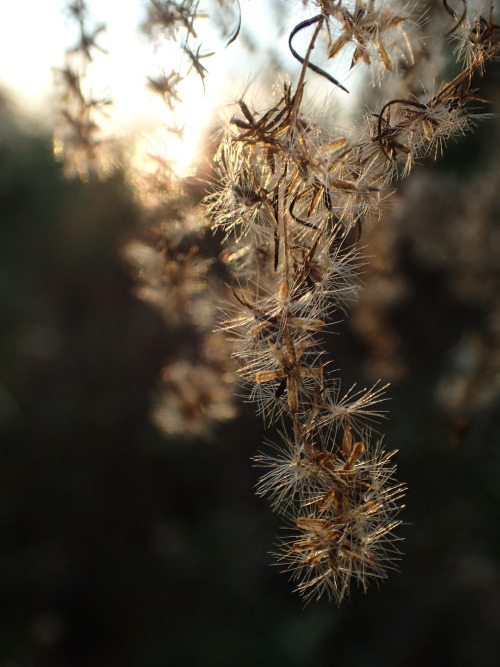 A small bean full of mystery! I found it in the midst of a packet of corn I got from a coworker. She’d tried pulling together a gardening program that didn’t take off, so I happily took her extras. Let’s see if it does anything! 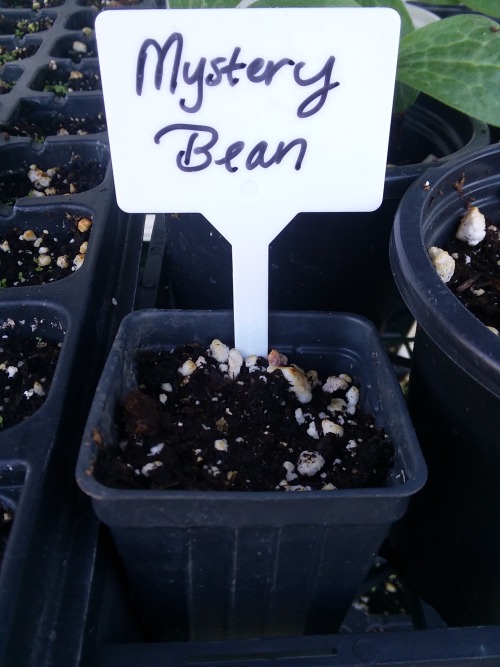 Alright, the Flax, Maybe is not Flax at all! What is this? Any guesses? Answers coming in are saying clover and I think you’re right! 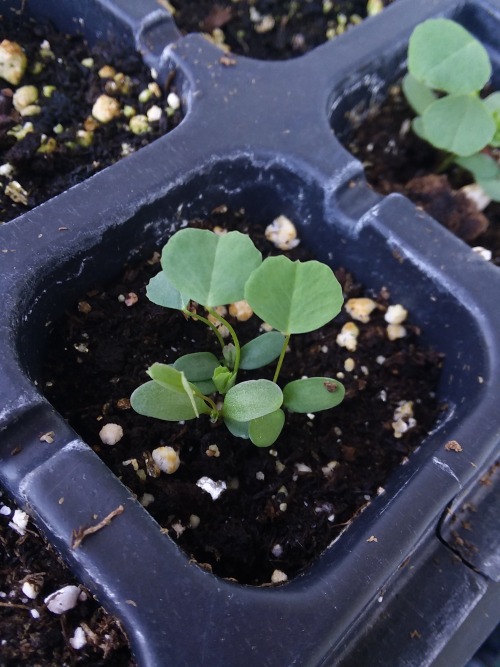 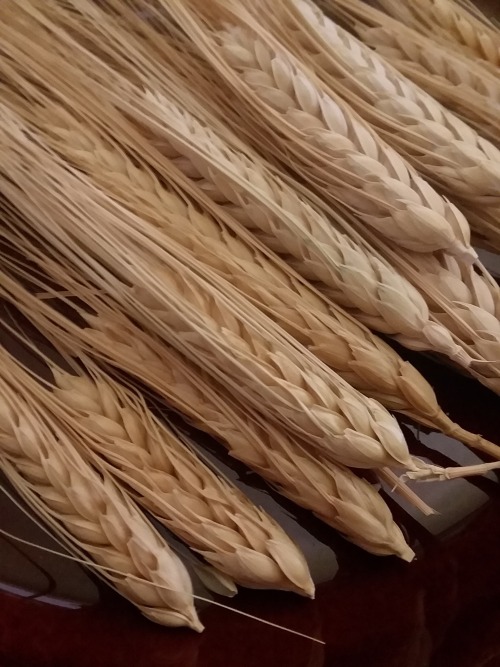 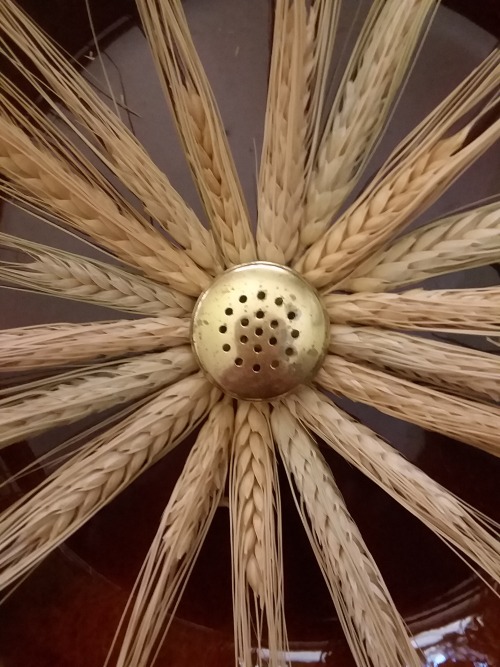 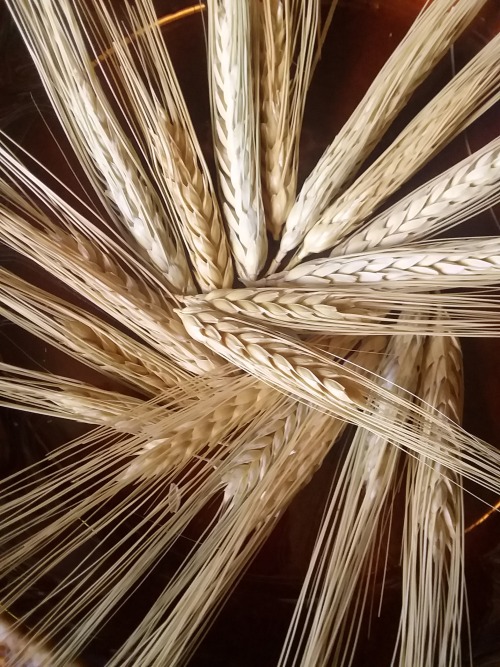 A small cotton plant is growing pretty well. It gets plenty of sunlight and is looking overall healthy! Excited to see this little plant grow!