Mistake must be commited once, it’s intended once it was repeated

#self improvement, #selfworth, #self love
1 notes · See All
mostimportantprojectPhoto 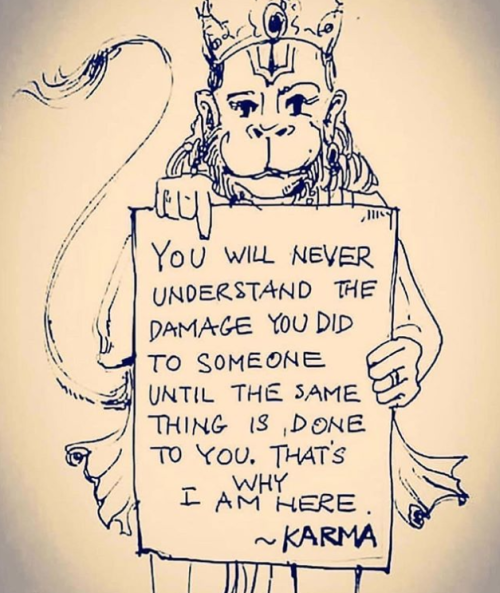 I hope everyone is well 💜

I have been trying to get a deeper understanding of my situation, I noticed that I was developing disordered habits again.

At first I was eating “whole” foods, and then I started becoming obsessed with sugar intake, one eating a small variety of meals, and then started beating myself up for going more than one day without a workout unless I was really sore.

This turned into my old thinking pattern, and many of you will understand: the “oh I ate this thing or X amount so next time I eat I’ll make it smaller or I’ll skip a meal today”.

It’s crazy how fast I slid into old habits without even realizing it.

i’m very confused about my weight loss bc the scales are telling me that i haven’t actually lost any pounds but my collarbone is starting to show?? and like i physically feel lighter? i don’t get it. i know normal bathroom scales don’t account for various factors, so i’m not basing all of my progress off of their numbers, but it’s just so weird.

#weight loss, #weight, #health, #self care, #self improvement, #happy, #happier me, #healthier me, #improvement, #progress, #i’m excited about the collarbone, #that sounds weird, #but it’s so fun!, #it’s not like BAM in-your-face visible but still, #i’m proud, #hehe
0 notes · See All
violingurl1999Text

I’m not the type of person that would generally quit a job without having a new one in place. Or at least without having a plan. I mean, I sort of have a plan, but not really. I plan to relax and actually take some time for me, to do the things I love and to catch up on some things I simply want to do.

I’m waiting to hear back about a position I interviewed for (and then had a second interview for!)… rather, I’m anxiously and eagerly waiting. I don’t have anything else lined up if that doesn’t fly my way. I mean, duh… it’s going to, obviously, because I am awesome and my awesomeness will make them even more awesome, so there’s nothing to fear! Smashley is here!

I will fly to the Sun and I won’t burn,

Or maybe I will,

But my wings won’t let me down.

They may look frail and delicate,

But underneath graceful feathers,

My bones are made of steel and my flesh of diamonds.

I’ll crash and collide with the ground a thousand times

Lie down, face covered in blood and dirt,

And I’ll stand up and start making them again,

Wiping away the blood and the tears,

Until I can fly once more

Run with the wind

And play with the clouds.

#my words, #my post, #my poetry, #my writing, #freeform, #poetry, #poem, #poems on tumblr, #self improvement, #selfworth, #self esteem, #wordsunchained, #original poem
2 notes · See All
corinthian-gitanaText

Mr. Darcy from Bridget Jones’s Diary is a twat

To all my heart break honeys with the guilty booties

Goal: Understand why meditation is important

For the past 2 days I have been working on my weekly challenge of beginning to meditate and making it a part of my routine. Now, I have been successful in meditating, however I have been struggling to understand how and why it would be a beneficial habit to integrate.

If it is not going to benefit me, why would I waste time doing it?

Well, as I began to think this yesterday, somebody found a parcel which had been gifted to me many months ago and hadn’t been opened yet. I knew who gave it to me but I had no idea what it was.

You can imagine my surprise when I opened it up, and found the answer to all my questions in a book called “A Year Of Living Mindfully” by Anna Black.

Honestly, I was shocked. It really felt like the universe was saying “hey, meditation is going to become very important to you if you allow it, so don’t give up on this yet.” I’m sure that many of you can relate to those moments when you feel like the universe is trying to tell you something.

I mean I’m honestly not the kind of person to believe in destiny or fate or things like horoscopes and tarots. I really don’t believe it, and I’m always the first skeptic.

Sometimes though, I just think things are too much of a coincidence. I’m sure you’ve all experienced it before.

Anyway, my goal is to do some reading on it. If the book is organised in chapters then I’ll read at least 1 chapter. If not, then I will read at least 25 pages for this to be considered a success.

Now, there are many other things that I would like to do today. I think right now is a good time to do a small recap on all the habits I have been able to build thus far:

That may not seem like a lot, and perhaps its not, but I have soo many things that I want to add to that list so doing things quite gradually is really keeping me motivated and excited.

Later I will update you and share what I have learn, and inevitably spill my heart out in the process.

I worked on my business again, got quite a bit done as well. Also I played my violin a lot, which was great.

The most important thing from today though is what I learned about meditation.

Of course I learned about the numerous proven health benefits, which are of course brilliant. I already knew about these though.

Still, it’s nice to read that your focus, attention and decision making improve as well as your empathy and matter, and you show reduced grey matter in the amygdala which shows reduced stress levels. Finally, meditation may slow down the cortical thinning that usually occurs with age, with a study showing that the brains of 50-year-old meditators having a similar thickness of cortical gray matter to those of 25-year-olds.

Other than that though, I read that it allows you to be present and in the moment.

It allows you to acknowledge thoughts and feelings without getting distracted from the current moments and really appreciating what is around you rather than the past or the future or becoming overwhelmed by certain thoughts.

At first I was against the idea of trying to let thoughts pass you by, but then I think I realised that there is probably a difference between thoughts and ideas.

I think that the point the book was trying to get across was that thoughts are more like about the past and future which we can’t control, and also thoughts about yourself which can be self depricating. I confused them with ideas which are inspiring.

I like ideas, but sometimes I get carried away with certain negative thoughts, and I like the idea that I could focus on what I’m doing in the moment.

For example, if I’m relaxing then I’m just relaxed in that moment, whereas if I’m working (which I think is when mindfulness could be really useful) I can maintain focus and have new ideas.

Also, it sounds wonderful to be able to really focus on the present. I have been finding that I am very forgetful, and often can’t remember things that I really wish I could like memories. If I am more mindful then I will remember more happy times.

So, if you’re not convinced by meditation by now, I don’t know what to tell you!

The book that I am reading provides weekly mindfulness activities which I am going to try to follow. It’s a lot like following a fitness guide, but instead for the mind.

The activity for this week was to right down why I want to meditate, which I have definitely done already on this blog. So I guess I’ll formally begin the weekly activities next week since I inadvertently did this week’s already.

Here¹s Why Every Man Should Be a Diehard Sexist

Outtake from the video I took to make a bunch of gifs.

(This was not posted for sexual reasons and I have no interest in sexting with you or seeing your genitalia. Also DON’T call me sexy, it makes my skin crawl. This is simply a woman sharing the love of her body with the world.) 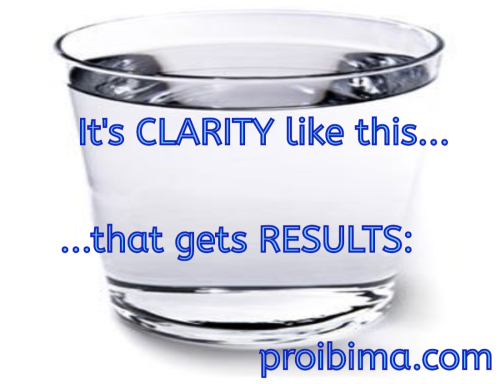 Just because everyone has these problems doesn’t mean you have to. Fuck that bottle. You have control over your life. MAKE IT HOW YOU WANT TO BE. Put in the work to get out of your situation. No one dictates what you feel but YOU. ONLY YOU. Don’t feed that horrible fucking monster. For those of you putting in the work. Props to you and good luck. I genuinely hope you climb out of this :) I know what it’s like. I know that you sometimes try to hide it. I’ve been there. Face it head on and you’ll get through this.

REBLOG AND LIKE THE SHIT OUT OF THIS IF YOU AGREE 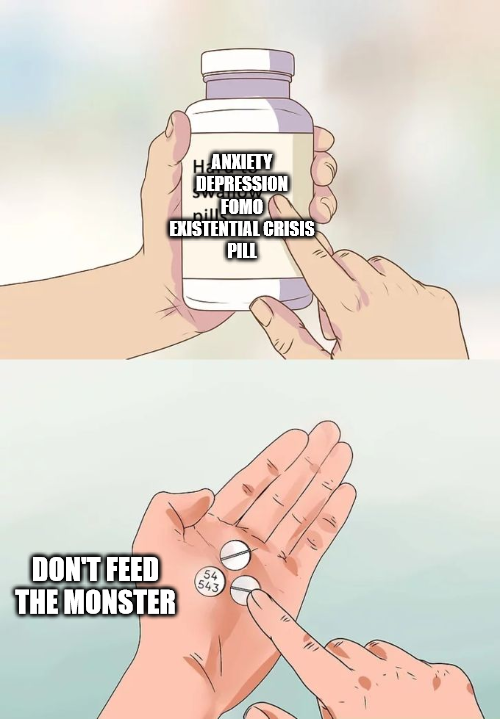 #anxiety, #existential despair, #existential crisis, #fomo, #depression, #drugs, #emotional dump, #don't be depressed, #pills, #don't feed the monster, #stop taking this pill, #don't make the same mistake, #i've been there, #life is good, #life is simple, #don't complicate it, #throw it away, #self love, #self improvement, #self care, #self help, #save a friend, #positive memes, #wholesome memes, #best memes, #reblog the shit out of this, #memeland, #meme land
2 notes · See All
rekdreams247Text

Anxiety is wrong. People love you. You are beautiful. You are strong. You deserve the world. Life is waiting for you.

#self improvement, #self love, #stand up against your anxiety, #anxiety, #mental illness
2 notes · See All
wewontdieunbloomedText

Terribly unproductive today and that feels terrible considering I’m this close to the end of the challenge. Will definitely try to do better tomorrow, already blocked the distractions for tomorrow. Stay productive folks :) 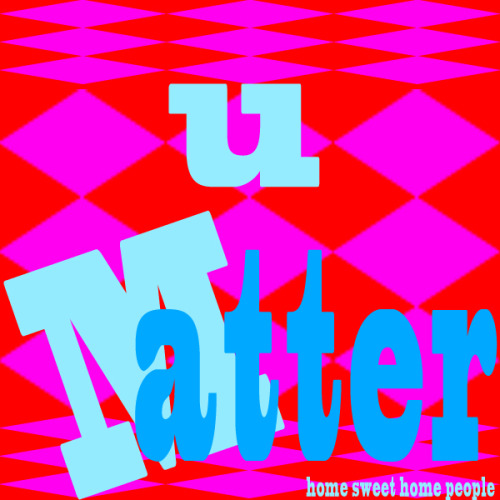