“Four?” She glances at a clock hanging on the store wall. It’s about three forty. “I don’t…have to be anywhere until five…” she says slowly.

Then she heads out, but instead of leaving, waits outside the store, leaning against the window. She folds her arms. “I think I have a plan,” she says in a low voice.

Jack suddenly appears–not by glitching, but just by suddenly running up to her. ‘Stacy, think about this,’ he says.

Jack throws his hands in the air. ‘Jesus, you’re stubborn.’ He sighs, and sits on the ground next to her to wait.

Stacy finishes her conversation with the employee and waits until he walks away before addressing your message. “I know,” she mutters, trying very hard not to glance in his direction. “God, it’s like a thing to be avoiding your ex, but this takes it to a whole new level.” Really, she’s just stalling. She knows she can’t risk being recognized. Glancing around the store one last time, she heads for the door. But hesitates.

NO PLACE FOR HEROES
Chapter One.
(prologue)

The dig site is a miserable location: cold, dark, and if Jackie didn’t know any better, he’d say it was more of an asteroid than some desolate planet. He’d say more it was a moon, even, with how little oxygen is available. The mask he’s forced to wear just to survive tells him this isn’t a habitable planet.

He knows why they’re there though. ‘They’, being the Dahl splinter group run by Marcel LaMont. If asked by Marcel himself, Jackie would put on a large smile and say there was no one he’d rather work for, but in private, Jackie would bitch about the man. Marcel is a tall, muscular man with a charming smile that shines brightly on the surface, but carries nothing but malice underneath his persona. It’s a face Jackie would very much love to punch one day, not just because the man’s an asshole, but because of his beliefs.

Come to think of it, Jackie can’t understand why he’s even still working for Dahl. Dahl official went out of business years ago, having disbanded for reasons unknown. Marcel had offered a job, promising to rebuild, and Jackie, like any desperate moron, had taken him up on his offer.

That’s how they ended up on this stupid pathetic chunk of rock to begin with.

Where to? Even he doesn’t know! 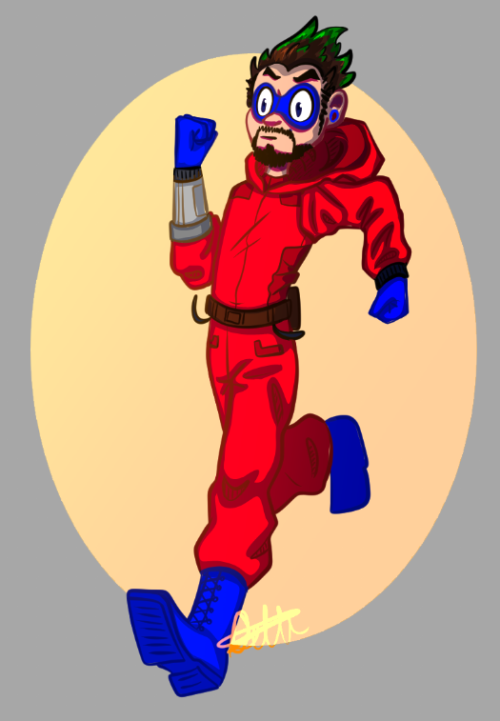 sees smoke in the distance

Ah yes, the smoldering embers of the septic ego fandom rises once again

#jacksepticeye, #septic egos, #marvin the magnificent, #it was getting a bit chilly here, #so glad to see my boy again
14 notes · See All
youvereachedthebadendAnswer

“Hmm? What?” Sleepless looks up. “Who’s coming? They’re early, she doesn’t get off shift until four.” He doesn’t visibly look around, but you get the sense that he’s scanning the shop.

The bell at the door rings. A woman in a skeleton costume steps inside, looking around. She heads for the nearest employee and starts asking questions that Sleepless can’t hear from where he’s standing.

In preparation for Halloween tomorrow regardless of anything being posted or further theorized, take this, especially newer viewers and community members.

Welcome, I know things are a little crazy right now, but we’re not always like this. Things tend to get extra chaotic here around this time of year for a handful of reasons.

Everything will be okay though, we have marshmallows to roast in the fire that chaos has caused if wanted, and there’s lots of love to go around. So have fun, regardless of anything happening tomorrow, and enjoy the show.

Worked real hard to get this ready for the spooky day, hope y'all enjoy your halloween!

aww it’s so nice to see my tiny bean ego post in my activity again.

If Marvin and Anti were roommates 😂 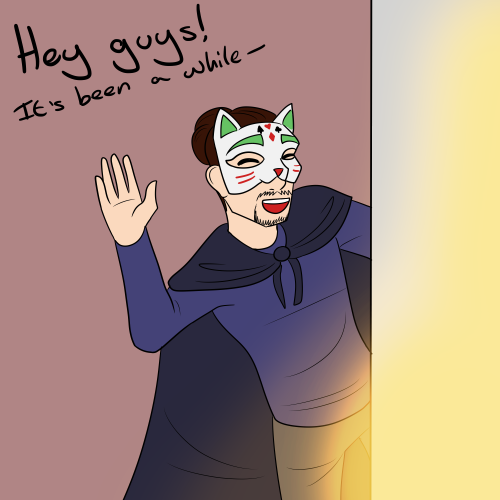 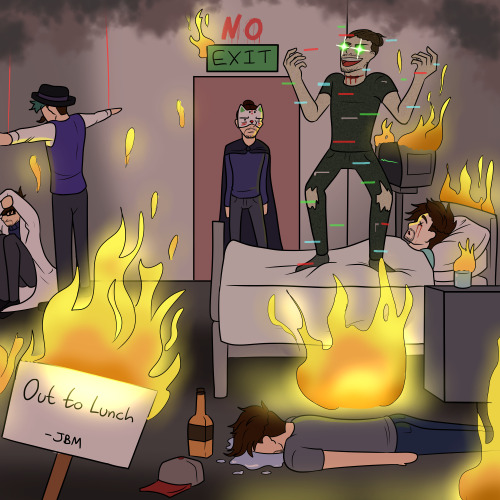 HHHH I really am glad you love how I write Chase! It’s not completely irreversible, he can be saved, but it depends on if they can get him away from Anti long enough to fix him. ;D

Anti hasn’t even started doing anything to Henrik yet. They’re in some apartment, with Henrik sitting on a couch. He’s still able to move around freely, he can get his hands into anything available. It’s trying to leave that causes the issues; Anti had somehow managed to trap every exit with some electric force field that is no doubt coming from his own abilities, and the thought terrifies Henrik moreso than previous.

Is it just him, or has Anti gotten more powerful lately?

He doesn’t care about escaping right now though. That is something he can deal with later, his focus is on Chase. Chase is slumped over on a chair currently, staring up at Anti with the most adoring expression Henrik had ever seen on his face. Chase had never even looked at Stacy with that expression, and it twists Henrik’s stomach. He could jump up and hide in the room, but he knows Anti is going to drag Chase in there and force the doctor to keep watching.

Anti’s petting Chase, pressing his thumbs into the sides of Chase’s neck. Chase is limp, relaxed, with eyes half lidded and nearly closing. It’s clearly some sort of conditioning, maybe hypnosis? Henrik tilts his head to the side as he watches, half filled with disgust, half curiosity. He can hear a faint static hum that tells him Anti is shocking Chase somehow, but clearly it’s not a painful action.

Chase looks as if he’s in a trance.

So I just been informed by a friend who does witchcraft that the symbols in Marvin spell book are for Protection and good luck. And I read this on the internet that the Philosophers Stone is for and I quote, “To cure all diseases and prolong life indefinitely.” Prolong life, so maybe Marvin is trying to protect Jack from Anti, and prolong his life with the Philosophers Stone.

Marvin is going to try and protect Jack with the Ritual Sigils and try to prolong his death.

“Yeah they could,” Stacy mutters. “We prepared for this. Any one of them could step up if something…happens to me.” She shakes her head. “Besides, I’m just gonna check it out. Reconnaissance, you know?”

She slows down to a more casual pace. The storefront of Tabitha’s Boutique comes into view. There is a man standing outside, brown-haired, wearing a jacket. She tries not to falter in her steps. Luckily, he turns around and goes back inside the shop soon.

Approaching the store, she slows, looking through the front window into the rows of clothing inside. There are a few customers inside. She spots him easily, even though his back is to her. For a moment, she just stares. Then she starts to think. “What was it you said, she was wearing a jean jacket?” Nobody inside seems to be wearing one of those. She hesitates, considering. Then she takes a deep breath and steps inside the shop.