hi love, sure you can! i love that your hair is like noya’s omg he would def love it too 🥺🥺 i need some new jeans but don’t know where to get affordable ones that don’t make me look like a door 😭

anyway, for haikyuu i think you would be super cute with iwaizumi!

for bnha, i think you’d be cute with sero 🥺

TBQH Sero gets off on rubbing himself anywhere on or in you, but god your tits are just so cushiony, and when he sees his cock so close to your face while you’re biting your lip, giving him those bedroom eyes, he can’t help but praise you for the god(dess) that you are. Your skin is so smooth, so plush, and he’s constantly thanking the stars that he has such a beauty to call his own.

Shinso: I think Aizawa and Present Mic are hooking up.

Jiro: What makes you think so?

Shinso: I just have a hunch they’re not-

Sero: I think we would know if our teacher was gay.

Aizawa, running into the room: Stop lying to my students, Mic!

Sero gets triggered by the smell of weed.

Kaminari is really good at learning languages, and is basically fluent in English and Korean. Sero is teaching him Spanish.

BRUH, this ask, my guy literally made me his phone screen the other day. I was so flustered and i was smiling like a dumbass. Gracias for the ask!!

“Lemme get up real quick,” Sero said as he pulled his arm out from around y/n’s shoulder.

“What are you gonna do,”  she asked from her spot on his bed.

“I’m just getting us another blanket,” he said as he rummaged around his closet.

the tell tale sound of a notification rung in the room lightly.

“Who’s that?” Sero asked, thinking it had been her phone and not realizing it was his.

“I don’t know, it was yours,” she said as she grabbed his phone to check the notification.

As the screen lit back up she was met with a picture of herself, a bright smile on her face. It was one he had taken of her the last time they had gone on a date.

“You made me your lock-screen?” she asked looking at him tenderly.

Sero grinned at her as he settled back down next to her, wrapping the blanket around both of them, “Duh, why wouldn’t I want to look at the prettiest girl I’ve ever seen every time I check my phone.”

“You’re so dumb,” she scoffed at him and handed him back his phone, “and sweet.”

“Wouldn’t you like to find out?” he said as he leaned down with his mouth puckered and eyes closed.

Y/n laughed lightly again causing his pucker to become more of a smile.

she rolled her eyes and reached her free hand over to cup his cheek, giving him a sweet kiss, and when she let her face pull away his followed hers ever so slightly.

“You’re so needy,” She laughs and gives him another kiss, lasting a little longer than the first one.

“Yea but you like it,” he says pulling her closer to him and letting her head rest on his chest as they settle together.

→ if ur carrying smthn heavy? he’s got it no prob

→ he’s not the worship the ground you walk on type he just lies doing things for u. very hands on

→ when y’all get together he’s just happy to have you. likes holding hands a lot

→ like he really does enjoy just holding your hand

→ but only private he’s a cuddle bug

→ he’s so sweet and caring it’s so adorable

→ now this man. this man is a simp

→ grade a simp. when he’s crushing he crushes hard

→ really just likes showing you off. he’s the “how did i get so lucky” type of guy

→ drags you into his lap all the time

→ really likes playing with your hair

→ he’s hilarious. y’all have so many inside jokes

Sero is UA theatre’s tech director who isn’t even confident in himself. That is until he finally has a chance to talk to Y/N who’s not only in the same choir class, but also happens to be auditioning of this year’s musical.

A/N — Ah Sero watching Y/N’s audition (*^▽^*) But yeah the musical that UA’s doing is gonna be announced so guess what it is before chapter 4. Also I made a link to all the memes i used in this smau that’ll be update every chapter so check that out in the masterlist if you haven’t. 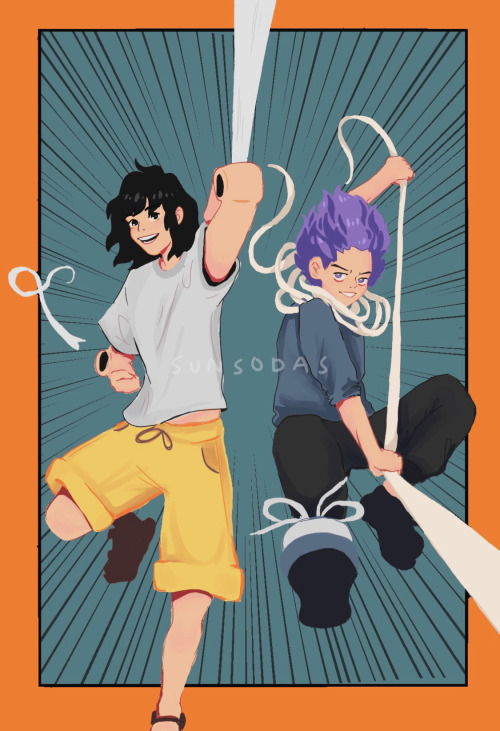 prompt: “you look beautiful in the sunlight.”

a/n: my fic for the @bnhabookclub mermay event!! the server is so wonderful and my so grateful for the opportunity to connect with so many writers. i hope you enjoy!!

the only time you were ever allowed to leave the castle was on your first birthday when you were formally introduced as the firstborn princess of the most prosperous kingdom in the entire ocean.  ever since then, your parents had kept you sheltered within the high walls of your home but to you, it felt like a prison. your only connection to the outside world were two girls around your age who helped you get ready for big events. they had only joined the castle staff a little while ago but you soon made strong connections with them. the more civilized of the pair was jiro kyoka. her family helped run many of the notable music events all throughout the kingdom. ashido mina, the more wild half of the pair, helped teach the traditional dances of the kingdom to the youth. she helped keep the ancient culture alive. the two girls had been with you since you were ten. it was your father who searched them out so you would have connections to people other than stuck-up and snobby royals from other kingdoms, and they soon became your closest companions.

but as your eighteenth birthday approached, the urgency for you to marry a prince for your kingdom grew. every other week you were swept away to meet a different prince. swimming from the todoroki kingdom all the way to the kingdom of all might. what you didn’t know was these trips were all in preparation for you to pick your suitor on your birthday. both of your parents knew how important it was to you that you picked your husband to be. so, they had planned a surprise ball on your birthday, all for you to pick your suitor.

“happy birthday y/n-nnie!! time to get ready for the ball,” mina cheered, tackling you into a big hug.

I’ve had this idea on my mind for some time and finally stopped being lazy to make it. [Mina is behind the camera w Sero]

Look at him his braids are so perfect 👌

Stay as fit as Denki and Sero!

This charming duo is motivating ~ MaidUN

#art, #artist, #anime, #myheroacademia, #myhero, #denkikaminari, #denki, #kaminari, #chargebolt, #hantasero, #hanta, #sero, #cellophane, #tanktops, #outline, #drawing
4 notes · See All
nbdfhjyeetChat
Sero: what time is it?
Kaminari: idk pass me the saxophone and i'll find out
Kaminari: (blows saxophone loudly)
Bakugou, shouting from across the dorm: whO THE FUCK IS PLAYING THE SAXOPHONE AT 2:00 AM
Kaminari: it's 2:00 am
#bnha memes, #Bakugou katsuki, #sero, #kaminari Denki, #can this please end up happening-
15 notes · See All
rise-fall-rage-and-repeatPhoto

I realized that Sero never got his own picture. He’s only been in the one with Kaminari and most of his front was hidden. So have a Sero! Did y'all know that Sero’s original consept art had him with shark teeth like Kirishima and claws? Cause I didn’t. And I was SHOOK. 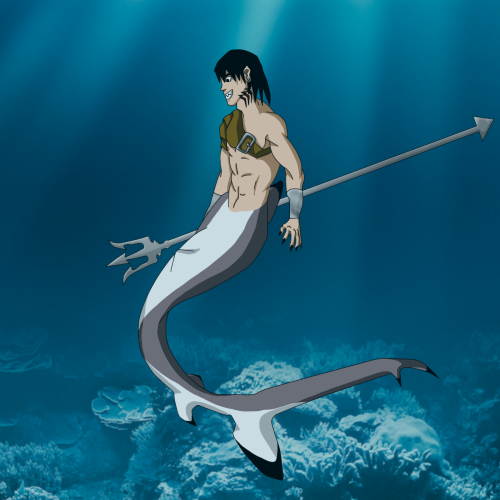 Hi I came up with an au last night and decided to draw it out cause I thought it could be something really interesting and fun look into one of my favourite characters from bnha, Sero Hanta.

Also I’m going to rewatch all of the original Disney Alice In Wonderland for this as that’s what I grew up with.

Sero: I witnessed the dumb stuff…

Mina: I recorded the dumb stuff!

Kirishima: I joined you in the dumb stuff!

Bakugou: I TRIED TO STOP YOU FROM DOING THE DUMB STUFF! 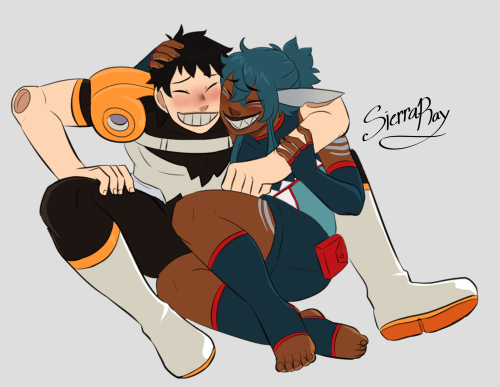 Never stop being you!
Push to be PLUS ULTRA like Denki and Sero
Electrifying ~ MaidUN 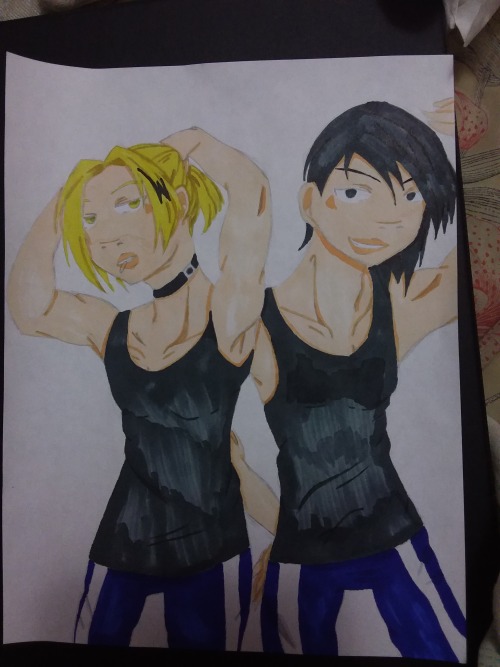