Shows I Plan On Watching

Some of my favorite black LGBTQ+ characters for Pride 2020

Tagged by @obsessedwithtv13, so thank you, dear!

Sex Education is a Netflix original show that portrays teens discovering their sexualities, being in healthy lgbt relationships, coming out, accepting themselves.

i was tagged by @deenomilk​ :)

“Everyone has bodies, right? It’s nothing to be ashamed of.”

It’s almost all about Jean. Some of these has been posted, some not.

I’m not content, because it doesn’t look like it looks in my mind yet. But I love two (or three) so much. 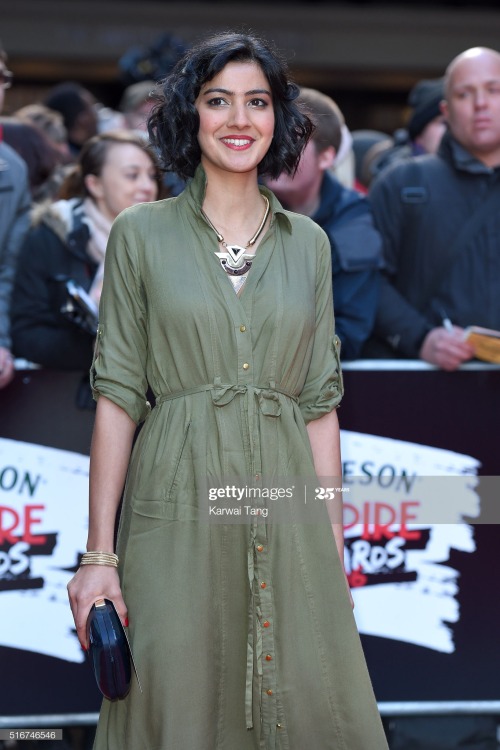 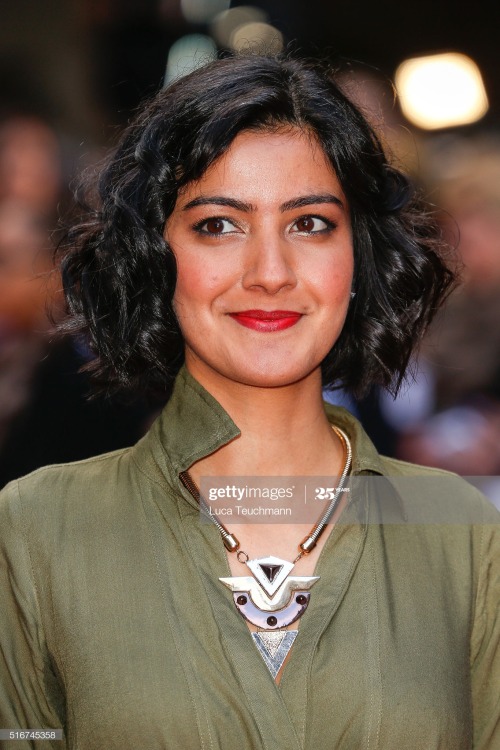 not to be dramatic or anything, but i would risk it ALL for the following males:

“The path to success is to take massive, determined action.” - Tony Robbins

Growing up in Hackney Augustus always believed he was a special. The youngest son of five boys, with only one younger sister preventing from being the baby in his family, Augustus has always felt special. An extravagant young boy he loved the theatre, often saving his pocket money over a period of months to enable his eldest brother Leo to take him to see a show. That was always the thing he most looked forward to, escaping his reality and visiting far off worlds. France in the Civil War period, mystical forests dreamed up by William Shakespeare. He was passionate about the stage from the spoken word to the way it was stage Augustus was in awe and all he ever wanted was to be up there with the greats.

When he was old enough, his brother got a part time job enough to fund enough money for him to attend a local stage coaching school. His parents didn’t really approve of the choice, preferring Augustus to spend more time on his education, but he was passionate enough to try and do both. Alone in his bedroom, he would experiment with stage make-up, creating costumes and practising his lines. He was the star of the show. But there was something else about Augustus that made him slightly different. He could do things that he couldn’t quite understand. If he couldn’t remember his lines and got frustrated, lights would blow, sand bags would drop to the floor. When he got upset, the wind sheets would rattle and the lights would flash. He always thought it was strange but he kept it to himself.

His family were devout Christians and although Augustus considered himself spiritual and had been raised in the church he wasn’t as invested as his family were. He knew if he spoke up about his abilities, the strange occurrences his family would rather take it well or take it badly. Very, very badly. Augustus managed to keep it a secret until his brother walked in on him one evening reciting his lines, his room glistening with star light all around him - as did often happen in private to him when he felt happy. His brother tried to understand, agreeing to keep it quiet from their parents which had gone relatively well. Until his letter to Hogwarts arrived. His parents read Hogwarts School of Witchcraft and Wizardry and promptly tried to burn the letter. They wouldn’t encourage that sort of behaviour in their household, no child of theirs would be a wizard.

More letters came. They came every day. First three, then six, then eight, then 20, they came during the morning then at night. They flooded the front door step. Every one the same, Dear Mr Stebbins you have been accepted to Hogwarts School of Witchcraft and Wizardry. His parents tried booting up the letterbox, they forbid him from going anywhere except for school, they punished him but still the letters came. September arrived and his brother Leo made a crushing choice. Moving out he took Augustus with him and moved them into a flat in Peckham. What little money they had he spent on his books for school, his robes and an owl named Lysander. The owl was a surprise present he knew his brother couldn’t afford but he was happy to have Sandy all the same to keep a little bit of his brother with him while he was away.

Obviously believing he would grow up to become a stage actor, discovering he was a wizard really did throw a spanner in the works in terms of his life plans but that wouldn’t stop him achieving greatness. Augustus threw himself into his studies, with aspirations of becoming the best in his year group at every subject he studied. He excelled the most in Divination, enjoying the theatricality of the subject but often found him pipped to the post in other areas by Lily Evans, Andromeda Black and Emmeline Vance in other areas which he found frustrating though there was never any hard feelings against him and the other girls as he was actually quite fond of them. His competitive nature and desire to do well has burned him in the past, during his O.W.L.S last year, he was scolded for refusing to drop his quill after the exam was over, which earned Ravenclaw a deduction of points and him a lesser grade than he should have gotten.

Augustus needed something he could sink he teeth into and that came in the form of The Hogwarts Gazette. The school paper had been set up by a couple of older Ravenclaw students that were looking for a few writers. Taking a chance on something a bit different, Augustus offered his help to Rita Skeeter acting as an assistant writer to her and helping her track and trace gossip. Though Augustus was quite popular in his year group, he was missing a best friend and Rita Skeeter fit the mould perfectly. Beautiful and fabulous, he loved how determined she was in her role at the paper and how she was unapologetic in her methods. She was a flamingo in a flock of pigeons and he thought the world of her. From there on they were inseparable, following around students and gossiping together in the hallway. He also got close to Daisy Hookum, an equally as passionate and creative sixth year Ravenclaw who he delighted teaching show tunes and is favourite parts  of all his favourite plays to. He noticed he was attracted to those sorts of friends, people who wanted to better themselves and be passionate about things they loved.

It was this attraction to a specific personality type made his friendship with Tarquin McTavish so interesting. Tarquin was a fellow sixth year Ravenclaw that normally kept himself separately from everyone else. He was friends with Cassandra Rockwood and dated Gryffindor student Hadley Llewellyn on and off, though when you ever asked him about her he always seemed disinterested. But it wasn’t just Hadley he was disinterested in, he was disinterested in pretty much anything and everything. He and Tarquin had shared a dorm room since their first year but had only began speaking when they were paired together in Potions last year. As Tarquin wasn’t the brightest of students, their partnership required a lot more studying than Augustus was used to. Over the weeks he got to know Tarquin a little better, he was mostly quiet due to a strained relationship with his family, he was taught to hate Muggles and Muggle-Born students like Augustus and wasn’t quite sure why other than that was what he was told. Augustus found him cold and solemn, but was very fond of him.

Although he enjoys their private moments together, Augustus often finds himself hurt by Tarquin, who often takes it upon himself to mostly ignore Augustus until they are alone together. Tarquin is always the first person to strike up a conversation with Augustus though it’s when they’re alone in their dorm room or studying in one of the empty classrooms. Their friendship had been getting better until Tarquin began hanging around more with Cassandra’s friends in Slytherin, crazy blood fanatics who would try to make his life difficult if Augustus cared enough about their opinion to take note of whatever it is they were trying to shout at him. Despite the way Tarquin makes him feel when they are alone together, Augustus is fundamentally the type of person who won’t wait around for people he doesn’t deem worthy of his time. He has a good set of friends, he’s on course to do finish school with an impressive set of grades and with an internship set up for next summer at The Daily Prophet he’s happy with the way his life is going. With his brother back home working to support him, Augustus is very focused on his future which he’s not prepared to let anyone get in the way of, including a complex boy he has very complex feelings for. 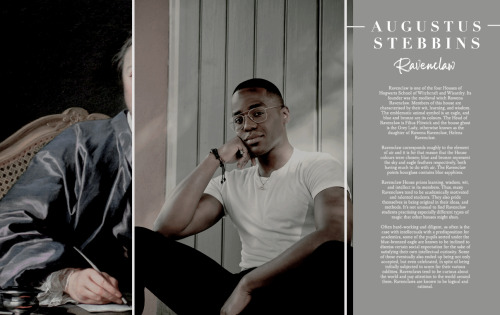 Sometimes the people we like don’t like us back, and there’s nothing you can do about it. 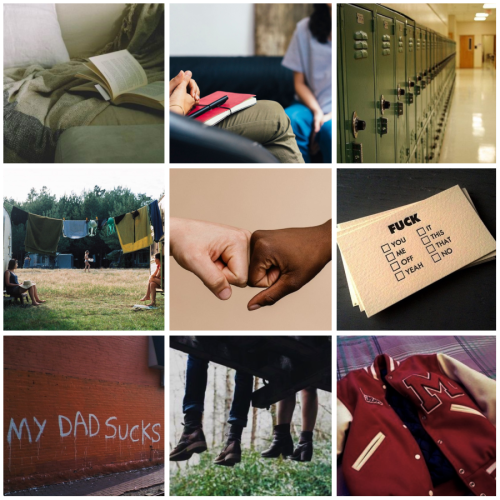 A friend was sharing stuff about this series and couldn’t stop lauding it.

Thus I embarked on another binge(ad)venture.

The series is an honest attempt to not only educate on sex but also on the importance of direct communication, toxic behavior and necessity to seek help when needed.

Multiple kinds of relationships have been explored and it was beautiful to observe each character unwind into their story.

I loved the importance it placed on ethics, morality, truth/trust and human relations.

Open attacks on sexism and advocacy of feminism was managed so well, I’d be surprised if anyone got offended.

A lot of imaginary boundaries were broken and free expression was the tone throughout.

Hoping this series succeeds in its intend to educate.

After all, visual content that is pleasing to the eye and enriching to the mind  makes time spent watching it more meaningful. 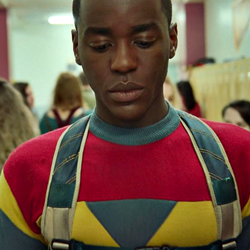 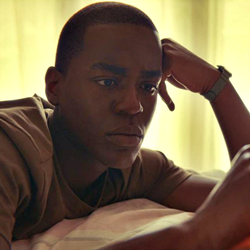 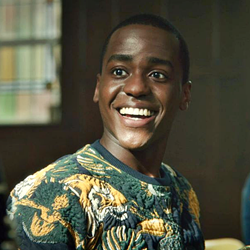 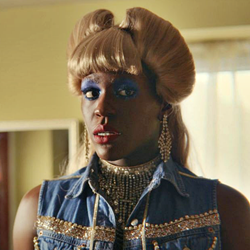 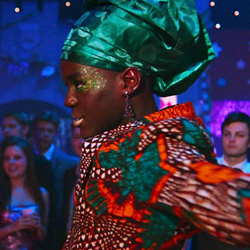 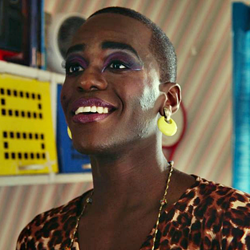 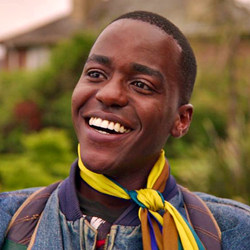 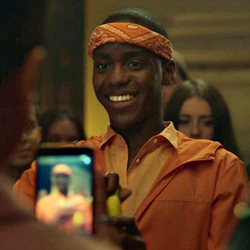 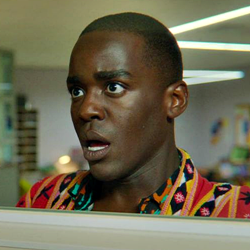