Honestly, me and my friend.

Kit: Sorry I can’t train today, the stress isn’t good for the baby.

‘All right,’ Magnus says. ‘Today’s test is a taste test. Which is a nice tongue-twister, actually – anyway,’ he continues, cutting off his own tangent with a dismissive handwave.
He reaches out and removes the cloche from the dish on his right hand side, revealing a small pile of berries, each about an inch wide. ‘First up, we have ganlon berries,’ he announces, smiling at Elsa as she lights up, ears pricked and nose twitching. ‘Go on, sweetheart. Try one.’

Elsa obliges, crunching through the berry’s blue skin and quickly finishing it.
Magnus removes the next cloche, which was covering much larger berries, these cut in half. ‘Next, salac berries.’
Elsa takes one of the berries, gripping the outer bumps between her teeth to drag it towards her, giving the flesh on the inside a cautious lick before contentedly starting to munch.

‘I’ve never seen either of these berries before,’ Alec says, curious. ‘They look like something out of the exotic fruit section at the market.’
‘I don’t know about exotic, per se – they’re imported from the Hoenn region,’ Magnus says. ‘But I would say they’re rarer than your average oran or cheri berry.’

(Or, read from the beginning here)

Will, not looking up from his tea: Good morning, problem child

God Becky is great. I would die for her right now.

Thanks for playing! Well, I generally don’t ship any ship with Peter. He proves to be Platonic Only for me. So I’ll take the other. ;)

Mmmmmmmh… why would you do this to me, this is very unfair.

Both ships have the plus of featuring my pretty, beloved, precious blonde protagonist fave. And while Jace may be my favorite fictional character of… all the things… Kara is actually not too far behind…

Jimon caters to my needs of fluff and comfort a lot, it is a bit of a comfort ship for me.

While SuperCat caters to… well, also comfort actually, I love the way Cat believed in Kara and their dynamic is a delight.

Both have amazing canon dynamics.

Jimon hits target on my love for the “rambling cute nerd completely dicks down the tough acting jock” ship dynamic.

Which, both are very beloved ship dynamics of mine.

If we factor in length of shipping… that wouldn’t do much either, because I’ve been shipping SuperCat since 2016-ish and Jimon since 2017-ish so that’s not much of a difference.

And at this point, I can’t even use the writing as a metric because thanks to Femslash February, I actually started writing SuperCat and it is so easy and delightful to write too!

In the end, SuperCat has a bit of an edge being the first ship I sailed in its own fandom, whereas Jimon was only the third Jace-ship I sailed, and the first always gets a very special place in my heart, even if I move on ship-wise and grow more attached to other ships.

Also the fact that I love this ship so much that I got into writing for it now, literally four years after Cat left the show, and despite that gap am still in love with it enough to start writing for it this late in the run? Speaks for it.

So, I suppose, SuperCat wins this one!

3. Roy Trenneman - the IT crowd

7. Stanley Barber - Ianowt (I am not okay with this)

Honourable mentions: the book series of shadowhunters (the mortal instruments, parks and rec and many other b99, it and stranger things characters! (Also too many from Harry Potter)

OH NO MY FAVES UHHHMMNM

#can u tell i have a lightwood bias KDKDJDJSHGG, #answered, #fair-y-child, #shadowhunters
3 notes · See All
toallthebooksilovedbeforeText

So my very best friend of all time is learning how to hand poke tattoos. Her plan is to get good enough to one day tattoo our parabatai runes herself.

As you can probably guess, I’m crying.

She introduced me to The Mortal Instruments series back in school and we bonded over them so much. To this day, years later, we buddy read every new book in the Shadowhunters Universe. 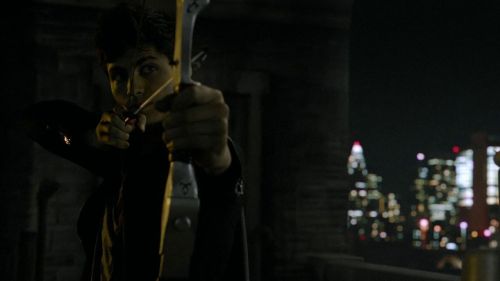 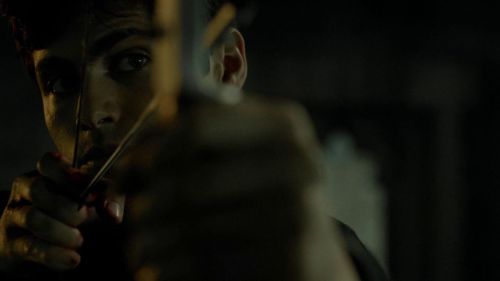 Is it just me that sometimes, when I’m reading a book and it’s too much I just have to stop, close my book and my eyes and then go and read the last possible page because if I don’t I just cannot finish the book. Like I know I spoil the end myself and I hate myself for that but if I don’t I literally can’t read anymore

Summary: “I’m tired, Magnus,” Alec breathed, and it felt like an admission of guilt. “I’m so tired.”

Luke was saying something, probably something important, but Alec wasn’t paying attention. He needed to be paying attention—he had started this council, after all, and what use was it if he was going to space out the entire time?

He couldn’t focus. He needed to focus.

He dug his fingers into his leg to try to stop its jittering.

“…and the New York pack is feeling tentatively positive about the new mixed patrols,” Luke finished, nodding at Alec.

Alec smiled back at him with the strength he could muster. “That’s great, Luke,” he said, hoping to god Luke’s statement hadn’t been preceded by anything negative. “Now, if that’s all, I think we can adjourn this meeting.”

As the council dispersed, Luke snagged Alec by the arm. Alec was sure he was going to get chewed out for not paying attention, but Luke merely said, “You doing okay?”

Alec nodded. “Same as ever.”

Luke fixed him with a serious expression. “Look, I know we’re sometimes on opposite sides when it comes to politics. But I don’t want you to think that means you can’t come to me if something’s wrong.” His expression softened into something a little bashful. “I’m kind of your step-dad now.”

Fond amusement crept into Alec’s chest. “I know, and that’s still kind of weird to me, so don’t rub it in.”

Luke clapped him on the shoulder, and as he turned to walk away, Alec said, genuinely, “Thanks, Luke. I appreciate it.”

Luke’s kind words could only buoy Alec for so long, though. Soon enough, he was back in his office, slogging through paperwork, leg bouncing under his desk.

He couldn’t focus. The words kept skidding right through his brain, making no impact. He had to get this done, or else it was just going to pile up more and more and he’d have twice the work to do tomorrow.

He was about to bang his head against the desk when Jace leaned in the doorway. “Yo,” he said, “you wanna go kill some demons?”

“Yes,” Alec said, standing up, ignoring the way the room spun, digging his fingernails into his palms to quell his shaking, “god, yes.” 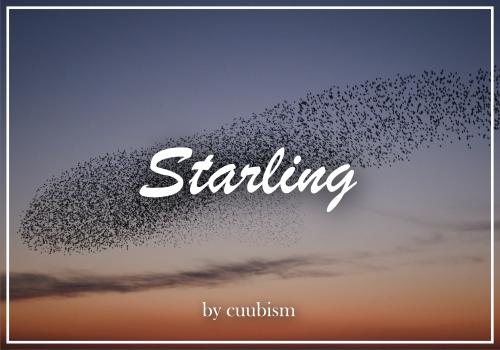 #malec, #malec fic, #shadowhunters, #my writing, #can you tell i relate to alec a little too much?, #hahahaha, #rip
1 notes · See All
jordeliazText

me: *reads the jordelia makeout scene for the 3458th time because it gives me life*

HEY EVERYONE. Head on over to the Malec Discord Server to hear @skylar102, @aria-lerendeair, and myself read a few fics for everyone! We’ve got angst at bat, with fluff on deck, and smut to clear the bases. Come join in on the fun!!

I’m bout to stake Heidi myself this bITCH

Will and Jem are actually Robert Downey Jr. and Jude Law in Sherlock Holmes. Change my mind.

This looked like a fun thing to pass the time with: