– Hello?
– Irynia, it’s been two weeks! If writing scares you, I will not hold a grudge …
– No. No it’s not that … I’ve been busy. And I was thinking. Ok, ok. In fact I was going around in circles …
– And you ended up finding something?
– No … Actually I … I just stumbled upon an old classmate. I needed to talk to a human…
– And you think of me in these cases? It’s intriguing, probably even disturbing … he answers me not without reason.
– Yes … You know that kind of people who have everything. They do not seem sincere and do everything to make you believe in their happiness. They take you in pity and try to persuade you to apply their scheme to your life?
– Not really … Well, yes, I see, but I do not know one of them personally…
– Oh. Too bad. You would have a lovely time hating them!
– Hahahaha! So, he’s a doctor, married, four children, a house in the suburbs and a dog?
– Two.
– Dogs ?
– No. Children.
– Ha … It’s true that we reproduce a lot less than in the sixteenth century. And so, you are a poor little girl who does not have a real job, and single furthermore ? Lost in a world too big for her and who takes everything too much at heart?
– Yes, well no … I told him that I’m with someone …
– Why this lie, Irynia?
– Because that’s what I’ve always done. People who think they know me think that I am a little goth. I give myself a kind of very cold and haughty style, that I spend my life in libraries, etc. And that I will finish alone with my hundred cats!
– I do not see where the problem is, it’s a pretty attractive future! he burst out laughing.

It’s illegal for girls to do anything interesting.

The plot thickens as Mash, Makeda, and Mordred dive into the demonic fog of London. The mysteries of the Servant Summoning System, the Demonic Fog, the Helter Skelters, the Mastermind B, and Cywyllog come to light. With the truth out, how will everyone respond? The Time of Revelation has Come. Part 3 of 5

since i made a post detailing all the reasons i love orlando from as you like it, it seems only fair that i should also make one for rosalind, who i like to refer to as “the love of my life” whenever she comes up in conversation. so, without further ado:

- she’s incredibly witty and so so sharp. her mind works at incredible speeds! rosalind pulls the strangest similes out of thin air (”like the howling of irish wolves against the moon”) and jumps from thought to thought at the speed of light. it’s incredible to watch or read.

- she is the master of her own fate! instead of sitting back and letting things happen to her, rosalind is the one pulling all the strings in as you like it so that things fall out exactly the way she planned. and the amazing thing about it is that it actually works

- she feels so deeply, yet she tries to shy away from it by hiding behind layers of disguise. even when she faints out of concern for orlando, she is quick to brush it off as a counterfeit. as someone who loves to run away from emotions, that is so relatable

- but through all the disguises, her voice never stops being uniquely hers. whether she’s rosalind or ganymede, she is the same strong person, and she never fears that any outside thing can change who she truly is.

- rosalind thinks she knows how to avoid love, but she learns that it’s ultimately inescapable. the lessons she gives orlando on love are so fun, but it’s also great when she falls prey to the same “madness” she is always condemning.

- she has an innate sense of right and wrong and is not afraid to speak her mind to authority figures. i always get chills when she says “treason is not inherited, my lord.”

- one thing that almost makes me love her more is how she can be cruel sometimes. she’s young and doesn’t think before she speaks a lot of the time, and her remarks to phebe in particular are biting. but the fact that she has this flaw makes her feel real

- this is less of a comment on her than on as you like it as a whole, but for once, the heroine gets the last word. as you like it is, and always will be, a play that belongs to rosalind. she controls it and leaps across it.

there are more reasons, but beyond anything else, with rosalind you get the feeling that she’s not done. she won’t just sit at home and be orlando’s wife. she is young and full of spirit, and while this part of her story may be done, her story as a person is not!! rosalind is just so smart and fun and real, and i love her so much.

#as you like it, #shakespeare, #rosalind, #I LOVE HER SO MUCH AGGGH, #i literally see or read anything about her and im like!!! love of my life!!!, #she's just so human!! for a fictional character she feels like she has a life way beyond the play, #she speaks.l, #is anyone tired of me talking about ayli but specifically ros&orlando yet?? oops sorry
4 notes · See All
supremesapphicText

If Shakespeare were still around (and honestly it’s likely he is, the tricky bastard) he’d probably think Get Jack fucks hard, and he’d be right

Cowards die many times before their deaths; the valiant never taste of death but once. - William Shakespeare (English Playwright and Poet) 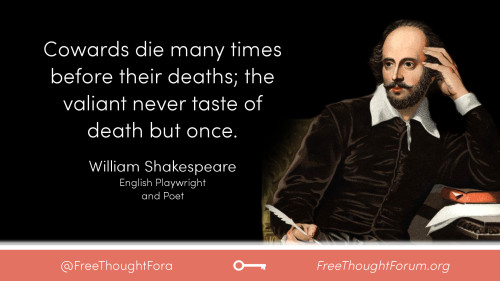 me for no reason at 3am everyday: *watches shakespeare plays*

#i do that almost everyday, #and audiobooks too, #lol, #shakespeare, #dark academia, #macbeth
6 notes · See All
youaregoldbabyPhoto 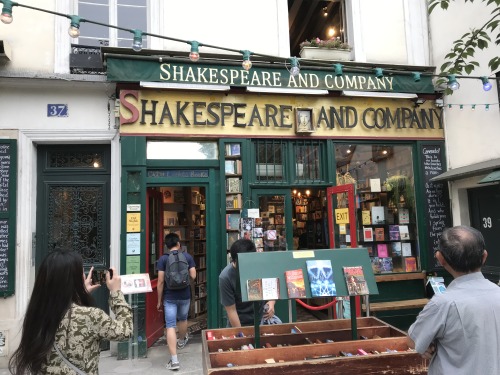 “Thus answer I in the name of Benedick,
But hear these ill news with the ears of Claudio.
‘Tis certain so, the Prince woos for himself.
Friendship is constant in all other things
Save in the office and affairs of love.
Therefore all hearts in love use their own tongues.
Let every eye negotiate for itself
And trust no agent, for beauty is a witch
Against whose charms faith melteth into blood.
This is an accident of hourly proof,
Which I mistrusted not. Farewell, therefore, Hero.”
- Claudio, Much Ado About Nothing, Act II, Scene I

I’m seeing a lot of love for As You Like It and Rosalind and (HIMBO KING) Orlando on my dash this evening, and may I just say: carry on, you funky little Shakesnerds.

#one of us! one of us!, #As You Like It, #Shakespeare, #MG says stuff, #I'm LIVING for this, #the most comforting comedy
4 notes · See All
anarchic-questioner-of-beliefsPhoto

i wish i had an explanation for this. 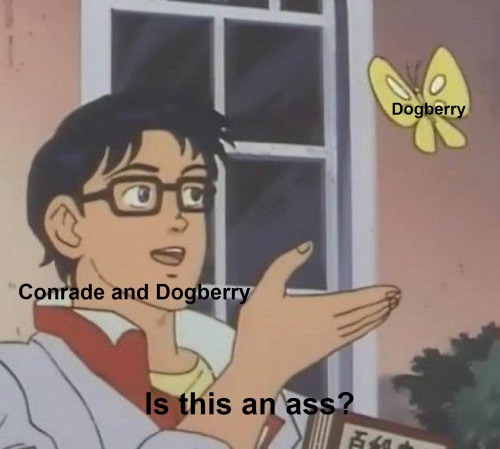 #much ado about nothing, #much ado, #dogberry, #william shakespeare, #shakespeare, #classic lit memes, #someone needs to stop me. please., #safe to rb
5 notes · See All
octobergodsText

Iambic pentameter can fuck off. I don’t care if Shakespeare’s work is supposed to sound all lovely and rhythmic because frankly I can’t hear it. Just get on with the seventeenth century dick jokes and move on.