she-ra fandom we’ve got to step up with our IDs… I TRY and i know some of my mutuals do but we’re like… four people. she-ra is a considerably big fandom so we need more people to help ID.

You know the song? Yeah, this fic is just that… but with Mermista and Sea Hawk. It just fit them too perfectly and I had to do it!

It’s cute and fluffy and wintery and romantic GO READ IT!!!

I had this thought in the middle of the night after rewatching the masterpiece that is She-Ra and the princesses of power.

I’m really curious how big the intersection of She-Ra and Witcher fans is.

Anyway, I think those four woud be vibing if they ever met! 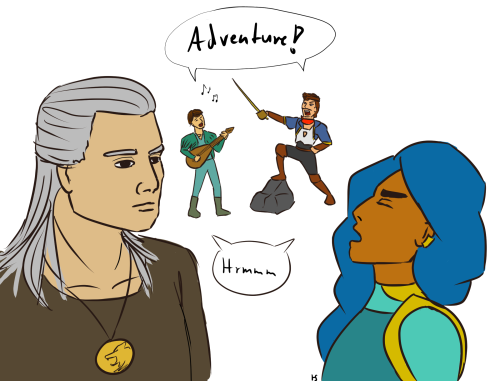 How to enrage SPOP fandom:

Ship Adora with anyone else than Catra or Glimmer

Thank you for coming to my fandom guide. 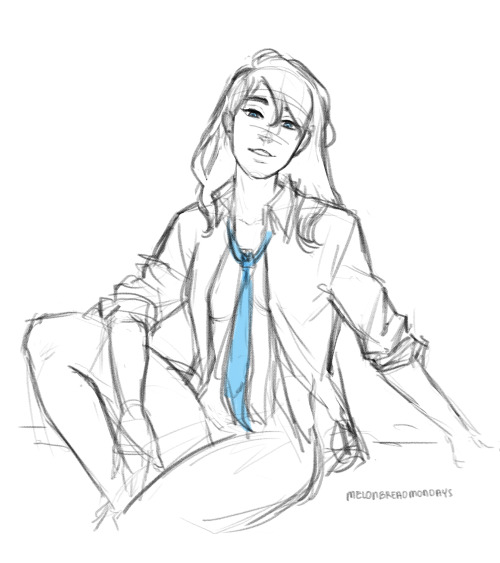 another prompt on discord. prompt being “ How about something that leads to some spontaneous slow dancing in the living room.”

Adora hums along to the song playing over the speakers. An upbeat, happy-go-lucky song. She does not know all of the lyrics that accompany the ensemble of instruments, thus, does not attempt to sing. No need to butcher it. However, standing on her feet and latched onto her arms, her young daughter attempts to do so. With her new hearing aid, Harper is determined so listen as keenly as possible. Even if she messes up, she is having fun.

Adora at least can move along to the beats, guiding her daughter along. Glimmer taught her how to dance, and now it is their daughter’s turn to learn. Both blonde’s grin widely as they dance together, enjoying their mother-daughter time.

While they finish up the song, Glimmer enters the living room. Adora’s sky colored eyes and Harper’s violet ones light up at the sight of their other family member. Harper wriggles free of her mother’s grasp and darts over to her other mother. Glimmer is more than happy to scoop up her child, placing a kiss on her cheek. The music soon changes, catching everyone’s attention.

The tempo slows, remaining at a steady beat. The sounds go from something happy and uplifting to one of pure love and affection. Harper has a confused look on her face, not knowing why the shuffle decided to play something she cannot move to. However, both Adora and Glimmer lock their eyes together. Glimmer places her daughter down on the ground before walking up to her wife, who has her arm outstretched.

When the two have their fingers laced together, they begin to move together. They have done this a hundred thousand times. They know exactly where the other’s feet will fall and what movement they have next in their mind. They become lost in each other’s gaze, lost in their own world. It has been some time since they last did this together, having been caught up with work and taking care of their daughter.

Soon, the music begins to die down, fading out on one last note that wants to hold out as long as possible. Once it finally gives up, Adora and Glimmer stop where they stand. Before they break apart, the two lean forward and lock their lips together, wrapping their arms around each other in a tight embrace.

They pull away when Harper begins to shove her tiny self between her mothers’ body. Both Adora and Glimmer look down at their daughter. “I wanna dance!” she smaller two, toned blonde says.

“Okay, sweetie. How about you pick the song?” Glimmer asks.

Harper beams before walking over to the speakers, searching for something to play to dance along to with her moms.

prompt given to me on discord, based on this

Glimmer sleeps peacefully as she can. Her soft blankets layered on top of her wrap around her body, clutched by her hands, and encases her in a warm cocoon. Her mind resides in the realm of dreams–wonders and impossibilities. One moment she is flying without any wings. Another moment she is high on the mountain tops, messing around in the snow with her friends and needing no jacket for insulation. The next, her dreams send her to a world somewhat similar to her own, having special abilities. Yet here, she can and others can only control one element. She herself finds the power to manipulate a bright, burning fire while Adora and Bow can shift the earth under their feet. All of these different realities are pleasant.

However, they are quickly all brought to an end. As she is about to throw a streak of blaze across the sky, straight towards Adora to trip her up in their spar, something stabs her in the cheek. It is not sharp in the slightest. It’s dull and warm and there is a hint of roughness to it. Glimmer mutters something, doing her best to cling to her new world. However, the colors and images of it disappear, fading into nothing but pitch blackness as her mind returns to the real world.

The poking continues. With a groan, Glimmer rolls over onto her other side and snaps open her eyes. A sea of blue stares back at her, bright, warm, and as loving as always. A board, beaming, crooked smile forms just below it.

Glimmer chuckles to herself. Adora is always on the warm side, as if she has a mini sun inside of her being. If it was real and hanging high up in the dark canvas above, it would be the brightest and most beautiful star among them all. The blonde has no need for warmth. Many times Glimmer has woken up with some of the blankets kicked off of her girlfriend. However, that doesn’t stop her from wanting to be as close as possible to the queen.

She begins to scoot towards Adora, nestling her body against the strong and familiar frame. Once Glimmer has fit in place, like a perfect match in a puzzle, the blonde wraps her arms around her. Their bodies squeeze close together. Glimmer cannot help but bury her face into Adora’s chest. The sound of Adora’s steady heartbeat and her woody, earthly scent feels her ears and nose. It lulls her back into her dreams. This time, she finds herself still nestled in the blonde’s arms, soaking in every ounce of her presence.

every month or so I lose my fucking mind over the spop OST. it’s like clockwork

#LISTEN.... OKAY. THE OST OF THIS SHOW IS SO GOOD AND I DONT EVER SEE ANYONE TALKING ABOUT IT?????#everyone knows promise ofc but like???#have y'all listened to fractures#the ending of fractures genuinely makes me lose my breath#or beast island? the way the violins play during the second half of that song is tragic and so so beautiful and no one talks about how GOOD#or!!!! or what about the choir vocals that play when catra is saving glimmer from horde prime's ship#they last for about three seconds but they give me so many goddamn chills#there's also many instances of the show where promise is used but it's altered slightly#like in the s3 finale they use it but it has added choir vocals#or the very dramatic drawn out way they use it when catra goes after adora and shadow weaver and tells glimmer + bow to go back#or even the way it briefly plays during shadow weaver's death scene#what about the battle for bright moon. the motif that shows up around 1:42 is fucking. incredible#moment of truth also has a rlly good part towards the beginning#anyway ohhhhh my god I know no one cares but please I needed to go off#she-ra#she ra#spop#rambling
4 notes
injureddreams
Photo

Some designs for ornament charms I made last month. UvU My favorite ships in She Ra :> 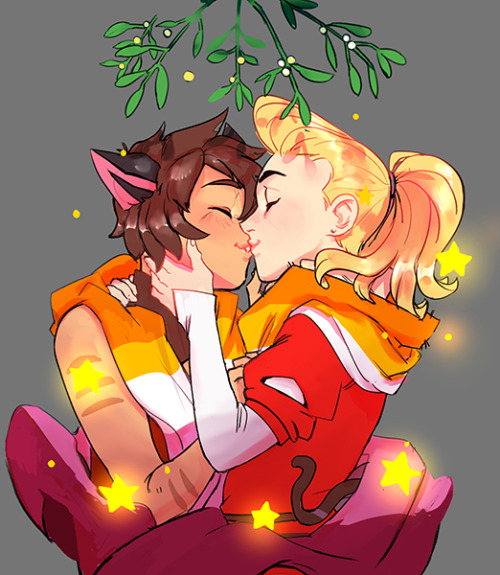 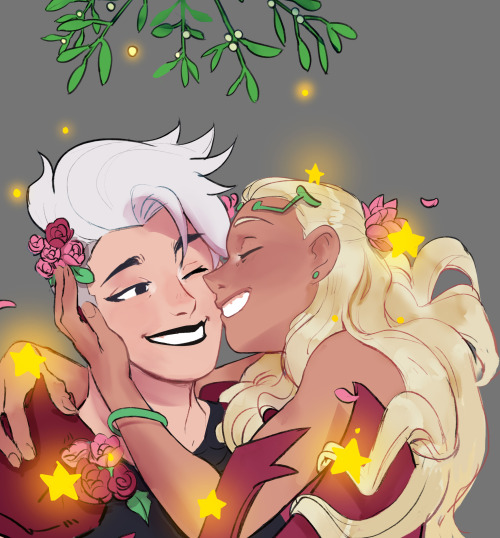 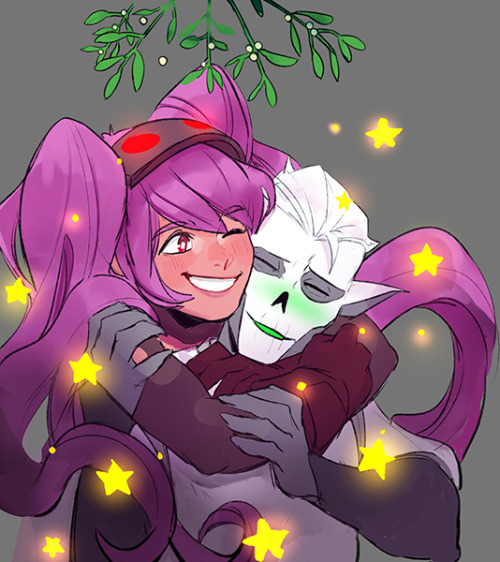 I love how much impact Netossa has on the story of SPOP in the final season but I wish she had more screen time. Her powers are played mostly for laughs in the early seasons so I liked how that preconception was flipped on its head later on.

“I trained someone once.” Shadow Weaver says, in a rare moment where they aren’t actively fighting each other. “Before you. Before Adora.”

“Powerful.” Of course she says that first, it’s the only thing that really matters to her. She thinks on it a moment longer. “He was a decent student, but sometimes lacked motivation.”

It’s possibly the most personal information Catra has ever learned about about Shadow Weaver and she feels herself grow tense. It must be building to something, Catra has never known Shadow Weaver to do something without purpose.

“You are all the things in him that I hated.” she spits like the words are acid in her mouth and the sudden sharing mood makes more sense now. Hurting Catra is the one thing Shadow Weaver actually does do without purpose.”It’s important to me that you know that.”

Catra nods and keeps thinking about all the ways she can make everyone who’s ever hurt her feel like she does.

The canon LGBT+ character of today is: 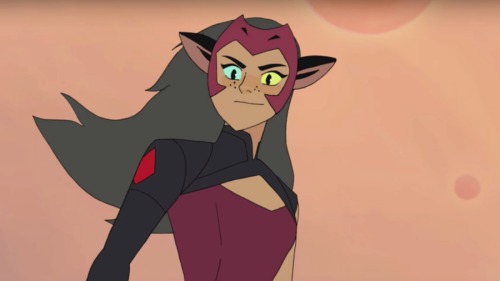 If my soulmate doesn’t be like, “Don’t you get it!? I love you. I always have, so please, just this once, stay.” when they’re proposing/asking me out I’m gonna most probably say no.

Unless they make up for it with another book/tv show reference. 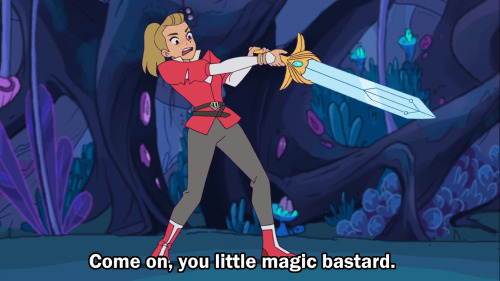 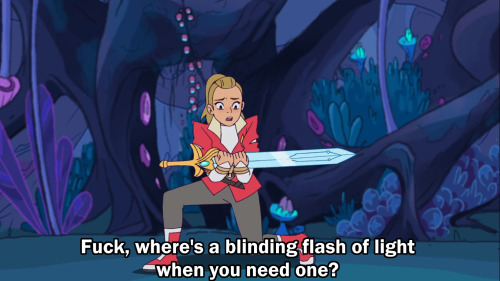 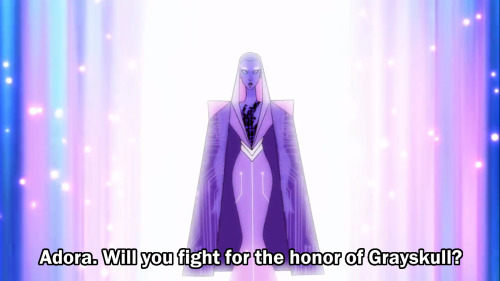 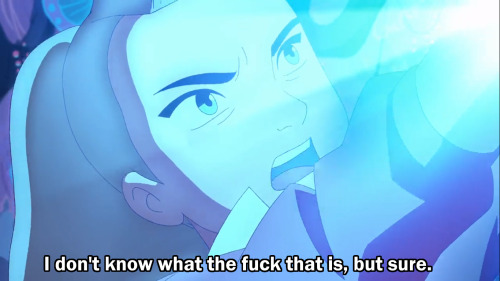 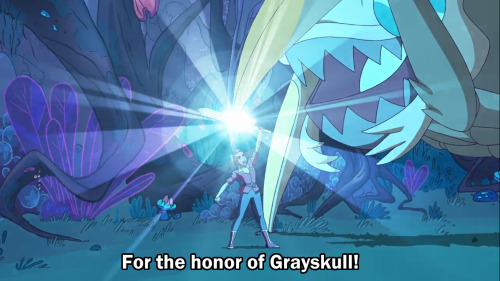 Now obviously I wouldn’t go the effort of plugging ‘LordHordak’ into a hexadecimal converter, then using the result to open a Twitter account, find a Hordak profile and header pic, and then spend an hour queuing up tweets written in a Captain Holt style. Because that would be much too far to go for a cheap gag… 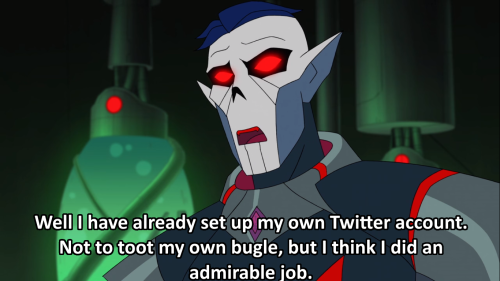 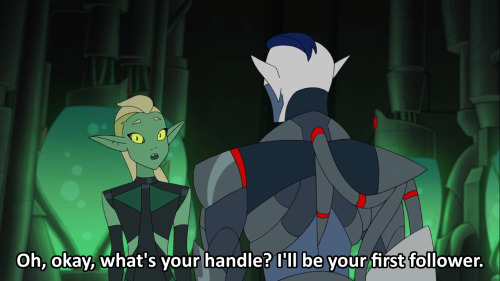 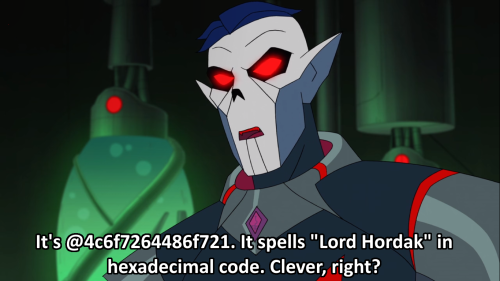 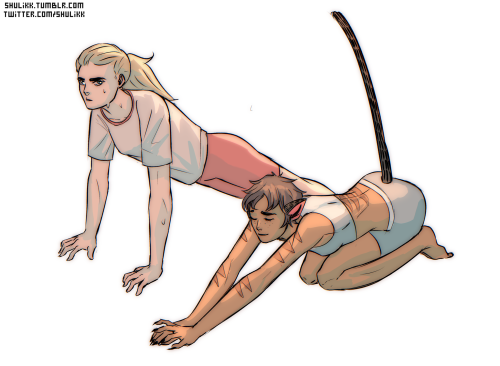 Had the urge to make more She-Ra!Lonnie edits. The second one is actually an older one I never uploaded lol 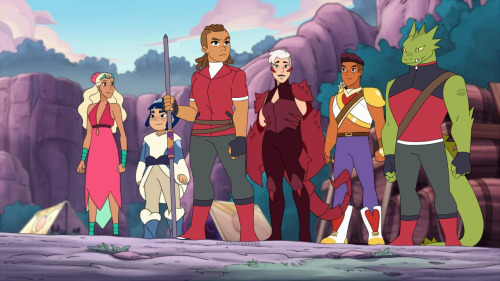 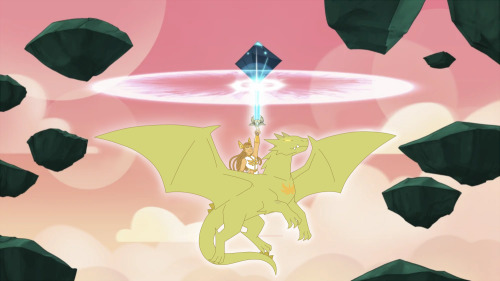 why does the catradora confession scene hit so hard in german

im not even german

I know I’ve seen a post on here comparing MARVEL’s Loki and She-Ra (2018)’s Double Trouble, and if I could find you again I’d tag you because I realized something else the other day.

Here’s one more snake to add. Welcome Janus Sanders to the group.

Right, so here’s what I’ve come up with (and seen other places) so far:

Double Trouble and Loki both like the color green. yep

Loki (in Ragnarok) and Janus both wear yellow. yep

All three generally have black as a big part of the outfit.

ALL OF THEM ARE SHAPE SHIFTERS.

Loki likes to turn into a snake, as Thor says in Ragnarok, and I’m sure there’s some other instance of this in other movies or in the comics. Janus is our half snake boi. Double Trouble is a reptilian species of some sort.

Janus is. Deceit. So. I’d say he matches the god of lies pretty well on that front.

Janus and Double Trouble both pose as a member of the group (using their acting and shape shifting skills).

Double Trouble and Janus both have at least one yellow eye.

If we go with the MARVEL comics, Loki is genderfluid (really hoping they bring in that in the Loki TV show). Double Trouble is nonbinary. Janus is gay (nearly positive on that one).

Alright, so here we have our three not exactly human reptilian shapeshifting liars who are each some part of lgbtq+. (These are characters I love with my whole heart, if that wasn’t clear. Please don’t turn this into discourse, I’m just enjoying sharing some parallels I found.) Feel free to add on more.