I swear I was gonna answer this ask seriously BUT hahksoydhenkdidhbd sloppy toppy gorilla grip 4000 mudslide type sex is sending me,,,, ur a treasure anon lmaaaao

(But yeah, cue all the soft type talks u could have with him 🥺🥺 the 3am head on ur thighs sitting on his bed convos that leave u both feeling like ur characters in a paid scene in a dating sim)

The horizon is beautiful, just as he’d promised.

No more buildings to block the view. No more flashing city lights to hide how many stars are in the evening sky. No drone of traffic to keep the silence at bay. No swarms of people maintaining a hopeless sense of futility. It’s all crumbled to rubble. Ceased. Fled.

Dabi never truly understood how big the world is until this moment. Until he stands in its ashes, hand in hand with the man who’s ended it.

Toga, Spinner, Compress—all that’s left of the League—stand with them. They stare as bright-eyed and open-mouthed as children, slowing coming to grips with the vast space that now belongs to them. The freedom that comes with it. The possibility.

Suddenly, they all have a future.

Aside from enjoying all the amazing content that’s come out of this ShigaDabi Week, I gained experience with just sitting down and writing again.

None of it’s perfect. Most of it’s not even good. It doesn’t have to be. The point was to get the ideas down. Fussing and editing and reworking comes later.

Whether you wrote/drew a single thing or finished a hundred in one of the many events going on this month, congrats. You’ve created something from the void and should enjoy it. I know I will.

oh? did you want some angst with your halloween? cuz, i gotchu fam. tomorrow’s fic: Pantasma is Tenko/Tomura-centric and oh, so spooky 🧿

preview under the cut.

Dawn was starting to climb over the horizon. Morning had come to Yuuei. For most people, mornings acted as the spark to survive whatever hectic adversity appeared in front of them. As the sun’s lustrous rays started to glow onto the palace, that would mark as another royally daunting day for the diligent Sultan. Amidst the warm dawn shining upon the birthplace of Epic folktales, Deku and Bakugou were planning their next date with Eijirou and Shouto.

fuck this make me feel so gay

Your eyes widened at the confession, watching your classmate’s face blossom into a rosy hue. Unbeknownst to you and your fellow student, a certain pale-haired male lingered just beyond the corner of the wall. Tomura couldn’t believe his ears. This- This nobody, this npc, had the audacity to attempt to raise your affection level?! Red began to bleed into the corners of his vision. How dare they try to take you away from him, the one person who made him feel whole. Tomura had become deaf to your conversation, causing him to miss your reply.

“ I’m sorry…I don’t feel the same way. My heart is set on someone else.”

Surprise and disappointment became evident on the other student’s face, however, they nodded understandingly. Not wanting to make you uncomfortable, they briefly apologized, and left. The pale-haired male visibly relaxed hearing footsteps retreating from your location. He’d make sure to pay that npc a visit. For now, he focused on the sound of your breathing to further calm himself before slinking off to class.

It wasn’t hard for Tomura to sneakily follow the stupid npc home. He had to be quick in catching and getting rid of them, however. Ducking into a dark nearby crevice between a building and a wall, Tomura waited until the figure of the student appeared inches from him. Acting swiftly, he snagged the sleeve of their uniform and yanked them into his hiding place.

“Wha- Gah!” His rival cried out from the sheer force of being slammed into a wall. Tomura watched as hazy eyes cleared and glanced upward toward his face.

“ Who are you? ” The ruby-eyed male scoffed.

“Who I am doesn’t matter, what does is the fact you think you can steal something from me without being found out. ”

A look of confusion and slight fear washed over his rival’s face. Perhaps he had to jog their memory a bit. Tomura reached into his uniform pants pocket, retrieving a small, square sheet of paper. He carefully presented the image for this npc’s inspection.

It was a picture of you, eating lunch on the school rooftop. In it, you were oblivious to having your photo taken.

“I bet you’re jealous I got to see this side of them. I’m the only one who sees everything about them. They’re mine. Luckily for me, I won’t have to worry about your disgusting gaze lingering on them anymore.”

Before they could question what he meant, his entire palm engulfed their face. A scream was cut short as their skin crumbled into dust. Tomura wiped his palm on his pants leg and tucked his treasured photo of you back into his pocket. He then trudged his way to his own home. Excitement bubbled in his chest at the thought of seeing you tommorow.

At the sound of his name, he glanced up from whatever he was mindlessly scribbling. His eyes met yours. Was that a blush on your face?

“Could you meet me on the roof during lunch? I have something to tell you.”

He could only nod in response.

Tomura watched you sway on your heels, knawing at your bottom lip. The blush he had noticed from earlier was still present. What were you nervous about?

“ Tomura-kun, I…I like you, romantically. I’m sorry if this makes you uncomfortable, I just think you’re really cute. Do you wanna go out on a date sometime?”

His eyes nearly bulged out of his head. Could this be a dream? You not only accepted his feelings, but returned them? Tomura’s heartbeat quickened. This was a dream come true. All he had to do was eliminate that pesky npc.

“Tomura-kun?,” You called his name worriedly.

Right, he hadn’t given you an answer yet.

“ I’d love to.” His voice shook. Warmth filled his chest at the smile that lit up your face. You were his, and he’d make sure that nobody else would try to steal you away from him.

“Watch out. The gap in the door… it’s a separate reality.
The only me is me. Are you sure the only you is you?”

Notes: This thing is like, tooth-achingly sweet. For me, at least. Most of the other stories that I’ll post this week are gonna be nice and spooky/angsty, for that Halloween spirit, ya’ know? But, I figured let’s start with the treat before the trick 🎃

Not beta edited, so any and all mistakes are mine, and mine alone.

a common viral infection in which the mucous membrane of the nose and throat becomes inflamed, typically causing running at the nose, sneezing, a sore throat, and other similar symptoms.

Your throat protests the sudden spasm and you gulp heavily, a sharp pain echoing across the back of your mouth. Lifting a hand to your neck you sit up, your comforter falling from your shoulders. It’s dark and your apartment is quiet. Leaning back against your headboard you chance another swallow, flexing the muscles of your throat. You wince, as that same pain shoots down your neck. Fuck.

Groaning, you lift your legs from the sheets, pressing your feet to the floor. Great, just great, you think bitterly, padding out into your hallway. Since moving to Japan you had largely avoided any major allergies or colds. Looks like your time has run out.

Chapter 14 of Welcome to the Family is up!

Dabi: How much do they want for him?

Dabi: Do we have to pay for shipping?

Dabi: See? That’s where they get you.

Dabi: *groaning* Fuck. I thought we got rid of it.

Shigaraki: *smacking Mage with a broom* USE THE DOOR LIKE A NORMAL PERSON!!!

- he would hate himself for falling for you

- you were a hero, the very thing he was supposed to hate and overthrow

- but you were just so kind, so soft, so captivating

- he just wanted to protect you, but he’d keep as far away from you as possible as to not hurt you

- if any of his men were to ever try to hurt you, they’d be dealing with him first

- toga wasn’t really phased when she fell for you

- in her eyes, love is love and she’d try whatever she could to get you to fall for her as well

- whenever she comes across you, she’d just squeal and run up to you

- she wouldn’t even try to hurt you, she’d just wrap you in a hug

- the two of you would even get to first name basis

- he kinda wouldn’t give a shit at first, and he’d just try to ignore it like everything else

- but whenever he came across you during missions, he just had this urge to protect you

- you were a pro hero, he was a villain: it would never work

Shigaraki : is it a hearse or a taxi of the dead

Kurogiri : …you’re humour is beyond me 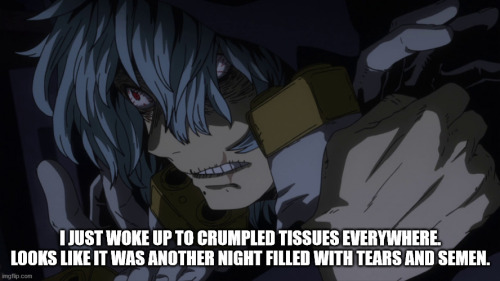 People making fun of me for simping for shigaraki calling him ugly and crusty like I’m not some bisexual alt girl who practices witchcraft. You should see the men I’ve dated in real life

did some otp fanart again

sketch of the love of my life 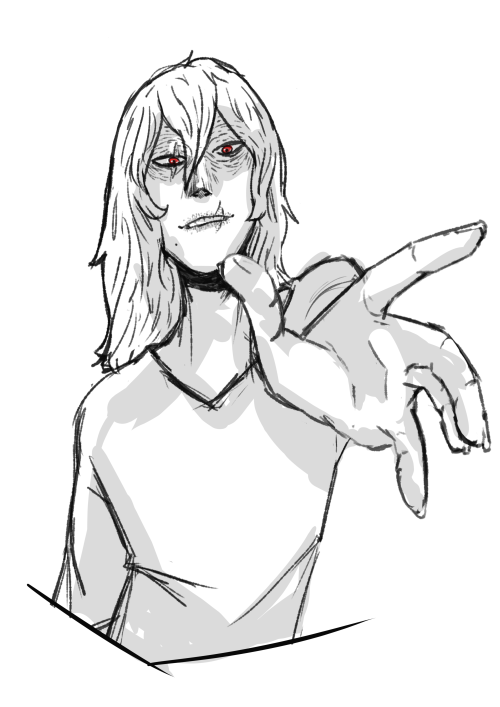