A shiver echoes up Tenko’s spine.

It feels like someone is dragging a cold finger down his back. Startled, he gasps and turns, his eyes scanning the darkness. His heart is pounding in his chest. He doesn’t like the sensation. It makes him feel lightheaded.

There’s nothing there. It’s just the blank white wall that greets his frantic gaze.

Not that walls stopped them. No, they weren’t confined to the usual, physical boundaries anymore. They often came to him when he slept. Once, he’d felt their hands against his mouth, cold, wraith-like fingers trying to smother him from existence.

He didn’t blame them.

Notes: Welcome to angst city. I went for a different writing style in this fic. It’s a little unconventional with dialogue and narrators. This is my first real offering for Halloween 2020, so lemme know what you think! Not beta edited, so any and all mistakes are mine, and mine alone.

Tenko wakes to a dark room.

He’s forgotten to leave his side lamp on again. There are no windows in the part of the compound that he now calls home. There’s hardly any windows at all, save the two frosted panels that flank the front entrance. Small hands reach out into the inky blackness. He’s about to flip the switch of his light when he realizes that his gloves aren’t covering his fingers. Instinctively, he flinches back, his fingertips curling into his palms.

It still sounds strange to Tenko. He can’t get used to it. Sensei had told him that it meant, “to mourn.” It was used at funerals or when you were remembering the dead. It made him shiver. He didn’t like it.

He was scared of it. It felt more like an omen than a name. But, whenever he remembered…no…think about something else, Tenko.

AU where they were saved/got away in time from their shitty dads and didn’t grow up to be villains. I think Touya would still be a loner delinquent and Tenko is the nice kid who befriends him anyway. 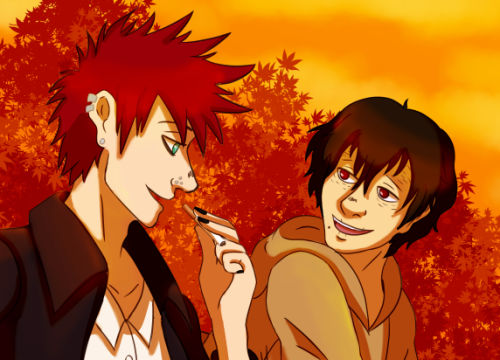 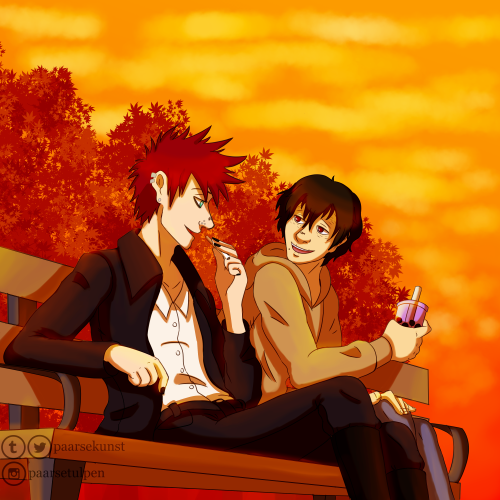 Tenko helps out with a lesson and something unexpected happens.

This chapter was tricky to write huh

Quirkless Shimura Tenko AU I guess?…
…I just wanted an excuse to draw him with black hair 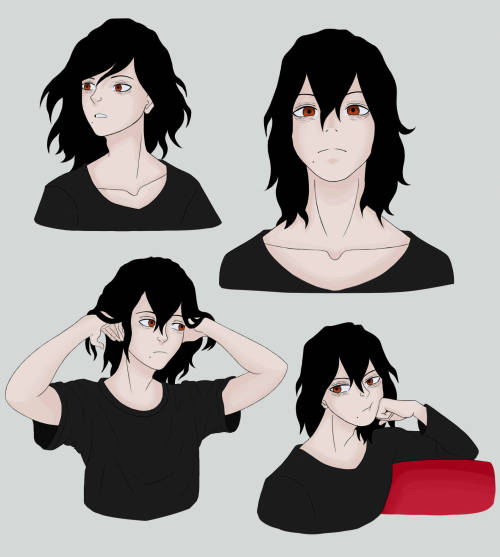 Dabi: *groaning* Fuck. I thought we got rid of it.

Shigaraki: *smacking Mage with a broom* USE THE DOOR LIKE A NORMAL PERSON!!!

Shigaraki : is it a hearse or a taxi of the dead

Kurogiri : …you’re humour is beyond me

Shigaraki : I would like to mention that I’m not high I’m just gay and traumatised so it comes across that way.

#bnha, #incorrect bnha quotes, #league of villains, #shigaraki tomura, #shimura tenko, #natsuo x shigaraki, #source : my twitter, #yes sometimes I reuse my tweets because I’m lazy what are you going to do about it huh?
113 notes · See All
the-league-of-villainsText

After the clocks change,

Shigaraki : Uh why are you crying?

Kurogiri : *Sighs because he already know why twice is crying*

Shiggy pannel flats bc I really like this shot for some reason.

POV: you’re Dabi and Hawks and you just asked Shigaraki how long he’s been streaming for knowing that he’s been at it for 12 hours and has been living off of four mountain dews and a pack of stale pocky.

Or, if you want to be cute or whatever,

POV: you’re Dabi and Hawks and you told Shigaraki just how much you like him and describe in heavy detail how kissable his face is.

So here is a vent piece of my man growing older, being ALIVE and HIMSELF bc I do not like where the manga is going

This is first line art I ever do for erasercloudmic. I never finish. 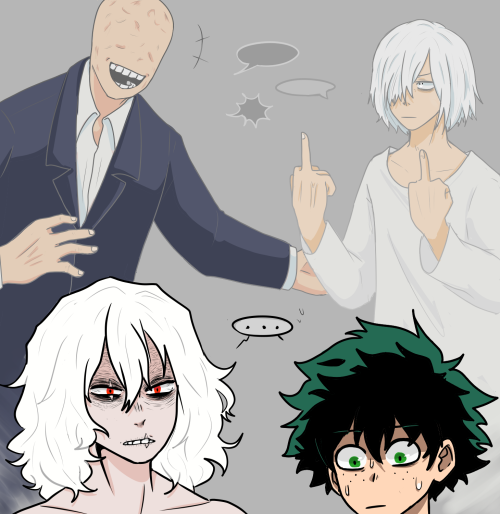 #BNHA, #MHA, #BNHA Spoilers, #BNHA 287, #BNHA 287 Spoilers, #Midoriya Izuku, #Deku, #Shigaraki Tomura, #Shimura Tenko, #All for One, #AfO, #One for All, #OfA, #First OfA holder, #Boku No Hero Academia, #My Hero Academia, #Little Brother What is Your Name, #This is the first time I've drawn all of them except for Tomura lol, #AfO's nasty ass gross ass looking ass ass, #Hate him <3, #100 Years of Sibling Drama, #I drew this 2 weeks ago but didn't post it bc ¯\_(ツ)_/¯, #Anyways I hope Shigs gets to talk to Nana bc him saying I fckin hate u and her saying literally nothing to that is not a conversation, #Poor Deku, #Caught between two different family dramas, #It's the Todoroki dinner all over again
3K notes · See All
tubu3939Photo 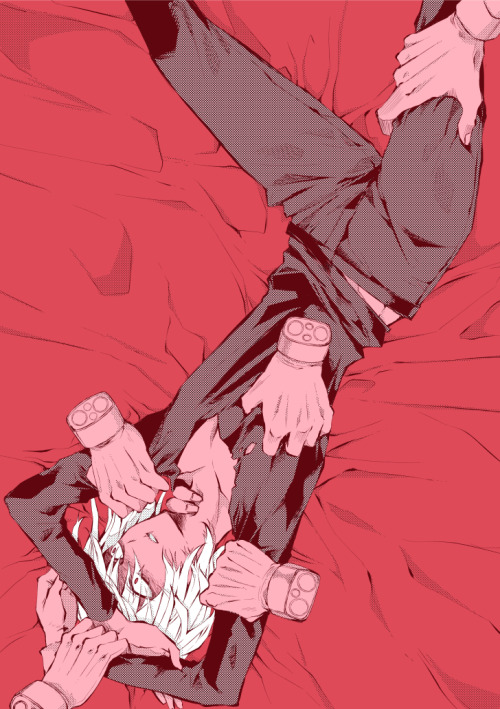 Ignore the fact I haven’t done the first day yet-

Playing around coming up with color palettes… Feel free to use it & tag me if you do, I’d love to see it 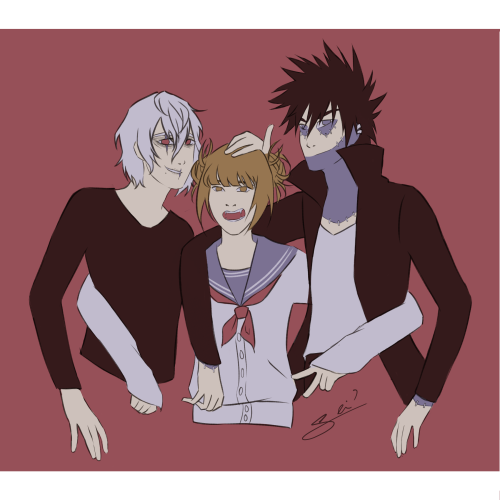 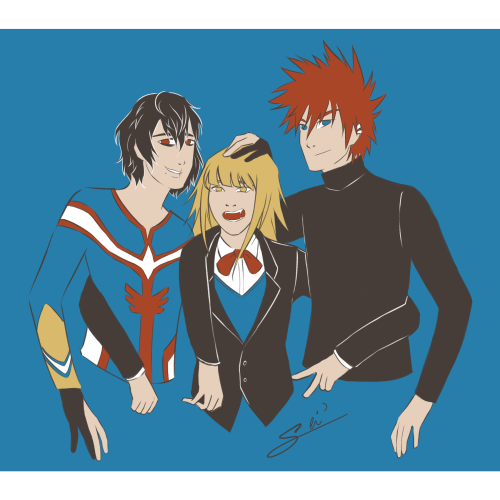 Reality: Tenko’s itch and skin problems are his body’s reaction to negative emotions and anxiety that he has developed due to living in a toxic household. It’s also a real, actual thing that happens to some people with anxiety.

Big Brain AFO: No, it’s actually connected to your quirk :)
You see, Tenko, your quirk is controlled by your desire to destroy! If you’re feeling itchy, it means that Decay is affecting you because you want to destroy something… And it’s definitely NOT because of all the self-hatred, anxiety, fear and panic you feel And if you want to destroy something, surely it means you hate it :) Always do what you want to do! Listen to your urge to destroy :) And if it ever feels like I’m teaching you to ignore your conscience so I could turn you into an unfeeling killing machine… Y O U  A R E  W R O N G :) :) :)

Shigaraki, a highly anxious teenager who believes that his anxiety-induced itching is a sign that he wishes to destroy things, stepping out in the big world for the first time ever: uhhh h h h ??????????????

#bnha, #boku no hero academia, #bnha spoilers, #shigaraki tomura, #shimura tenko, #all for one, #afo, #afo death arc when, #cant stress enough how much i hate the man
38 notes · See All
Next Page