or ask for commissions!

The Good and The Bad

@seigephoenix requested: “I cannot think of a song. Literally. I’m lost if it’s not heavy metal. So I’m sorry Emmy!!! But. Here is the song cause the band is absolutely badass. "I Like It Heavy” by Halestorm. For Shinra or any Fire Company 8 you feel like writing for.“

I see the good in the bad and the ugly

For the longest time, all he ever heard was, "Devil.” He never heard anything else, no matter how hard he wished it. No one ever took the time to actually see him, only what other people saw and their assumptions. Whenever he’d gain a crush on someone, he’d immediately put out that small ember. They wouldn’t ever consider it, he told himself. After all, he was a Devil, right?

Guarding his heart a little became a defense mechanism for Shinra. Which is why it took him completely off guard when he was accepted into Company 8 so easily–he was truly prepared with a speech as to why he needed to be there.

So, when he met you, and you gave him a sweet, angelic-like smile, it caught him more off guard. To the point his damned smiling tic triggered. He was expecting you to shuffle uncomfortably like everyone else did when that smile curved. However, all you did was laugh.

At first, Shinra couldn’t really accept reality. Captain Obi called his smiling tic adorable as well, but it came off as mostly a tease. He assumed so as well in your case, but something tugged at him.

Were you really teasing? Or did you actually mean it?

That guard around his heart kept him in denial for quite some time. After the treatment he received at the Fire Academy, Shinra was never used to compliments, much less anyone being comfortable enough around him to even say one in the first place.

While Maki and the others were comfortable enough, he could still sense something was off. As if they were still weary of the rumors and whispers that the air carried.

You were completely different. As if you were so comfortable around him you’d trust him with your bare heart in his hands.

As if you never saw the Devil in the first place.

"Did you mean what you said?” Out of the blue, his lips moved on their own. A feeling of sheer dread traveled through him, and he swore he felt nauseous.

Your brows raised, “What did I say?"

"That uh,” Shinra tugged at the collar of his shirt, suddenly the room felt too warm. “I was cute.”

A giggle came from you, and now his cheeks were scorching.

His heart dropped. Oh. He didn’t expect you to ask why in particular. Shinra blinked, did he even have an answer??

You called him cute, but in reality he couldn’t help but think you were the cute one.

“No reason,” he managed to cough out. “I was just…curious?"

Nodding, you smiled at him. "Yeah, I find you really cute.” Now your cheeks were pink. “I didn’t make you uncomfortable did I?"

His heart dropped, "N-No! Not at all! I’ve just…never been called cute before…"

It sounded pathetic now that he’s spoken the words out loud. He couldn’t even take a compliment seriously? Idiot.

"Oh,” your once cute smile turned into a frown. “If you want…I could remind you everyday."

For once in his life, Shinra felt sure about something.

You didn’t see the Devil. In fact, if he were to ask you, you’d instead say you saw an angel.

Fire force company eight gets 3 new recruits on the same day instead of 2 on 2 different days. They become the most feared company on the force thanks to their three 3rd gens

-The Adolla Burst user, the devil himself, Shinra Kusakabe the Matricide

-The Knight King, irredeemable idiots that he is, Arthur Boyle

- God of the Forge, power rumored to rival the captain of the 1st, Ogun Montgomery

(this is completely based on the fact that want to see Ogun more..)

It’s about to be ‘Game Over’ for someone…. 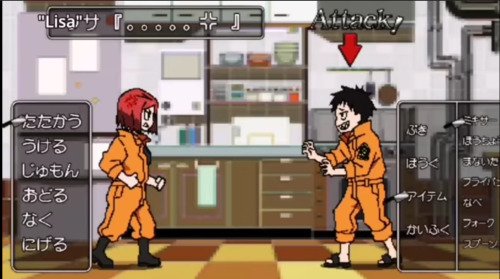 Shinra Kusakabe’s ignition ability is essentially Katsuki Bakugou’s Quirk, only with his feet instead of his hands.

Shinra got so happy when he saw Sho I’m so sad.

“Watch out for this ultra-handsome young man everyone. Sho you’re a full on angel”

#fire force, #enen no shouboutai, #shinra kusakabe, #sho kusakabe, #he literally loved his brother so much despite the fact they’re on different sides
18 notes · See All
notfireforceText

Tamaki: Why is Arthur asleep on your shoulder?

Shinra: Shut up! This is sweet!

Tamaki: An hour ago you were complaining that he was annoying.

Shinra: I changed my mind.

It’s my calling to protect the pillars.
So, I’ll protect you.

what are y’all doin down there?? better not be anything cute!! 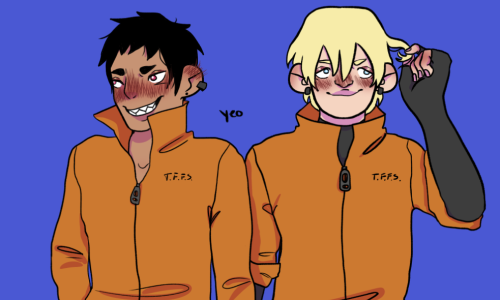