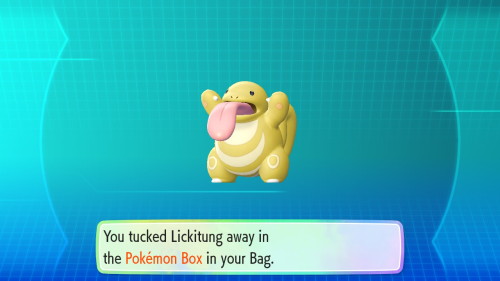 Anyone have a shiny Female Charmander they’d be willing to trade? I have shinies and masterballs to trade back

So I caught my first mythic pokemon in my first raid and it ended up being my first shiny! Also, the purple and pink is…. A e s t h e t i c

I love a nice shiny against a snowy background

I really want a shiny Spinda because it will be a shiny that is truly unique. Back to USUM we go, I really wanted to do some SOS-hunting anyways!

Me: I really want this shiny

Me: but I really want this other shiny too

Me: *does 50 encounters for the other mon*

Me: ooooh, what about this other shiny?

I currently have about 20 ongoing hunts

I had no idea how extreme the size differences actually were

Not so vivid colored shiny for today but at least I’m in time!

I had a moment in my childhood where I didn’t like Forretress at all. Main reason for that was that I didn’t know it’s typing and I felt like it resisted all the moves I tried to use. When I found out Forretress’ typing is Steel/Bug I was relieved that I finally knew what moves to use.

Shiny Blacephalon and I wasn’t even trying for it! (Was playing randoms) But, I was planning on going for it at some point. lol

Take only one of each. To get one, deposit a male lv. 51-60 Zigzagoon into the Pokemon Home GTS. It has egg moves if possible+all TRs learned. They can be used in ranked (see Galar marking).

Well … it’s not really racism because pokémon without shiny coloration can give birth to pokémon with. It’s more akin to discrimination against albino people.

But yes. Yes, that happens.

To be fair to the pokémon, they’re not fully aware of what they’re doing. Rather, they’re acting on instinct. In the wild, shiny pokémon stick out like a sore thumb and can threaten the safety of other pokémon around it, especially if they’re pack creatures and doubly so if they’re pack creatures that have to worry about predators. After all, if you’re easier to spot because your coloration prevents you from blending in (with your group, with your environment, etc.), you could draw attention to the rest of your pack.

In domestic settings, it’s still an issue, though, but it’s an issue largely because these pokémon sense that there’s something different about the shiny and act accordingly (as many creatures do to members of their own species that are different in some way). Alternatively, they may also be reacting to the amount of attention a shiny gets compared to them, or it may mistake the shiny for a completely different, competing species.

Any number of things could be at work here, but the point is, pokémon don’t always understand. The important thing is, really, making sure your flygon understands there’s nothing wrong with him. He’ll eventually make friends with other flygon, whether they’re the ones in the park (after a gentle talking-to with their trainers and some training on their part, of course) or new flygon altogether. It may just take time for reasons he can’t help, but it’s not his fault at all if that’s the case.

> wake up to shiny