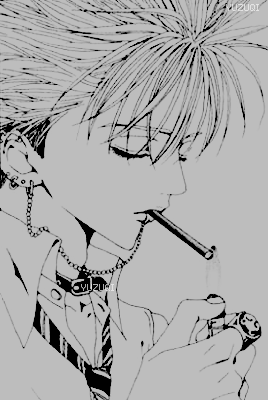 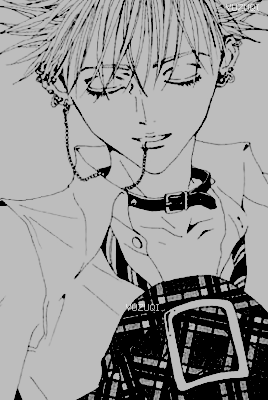 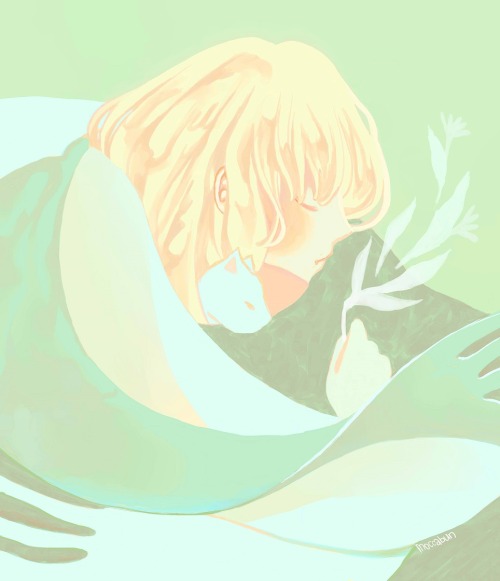 #my art, #artist on tumblr, #drawing, #illustration, #artwork, #pastel, #vintage, #shoujo, #cat, #flowers, #morigirl, #digital artwork, #fluff, #it's april whooo <3, #the sun is shining all day but it's still so cold where i live~
65 notes · See All
embraceyourinnerwoPhoto 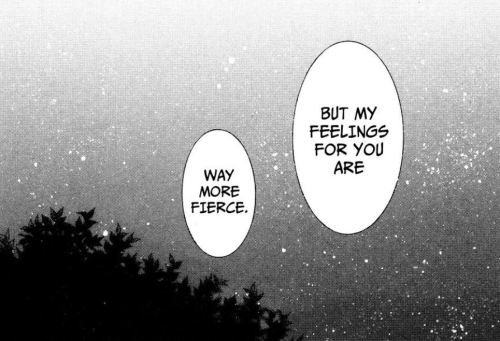 “I’ve been waiting for her since a long time ago.”

Waiting for dr. Shibata’s door to open, Sousuke leaned back against the wall in the waiting room. He was seated not far from his office, so he would not miss it if dr. Shibata was done with his previous patient, even without needing to listen for his name. Not that he would hear it, his earphones were loudly blaring music right into his ears.

It had been a long day for him, it was hard since he had practice earlier today before immediately going over to the hospital to get his shoulder checked, and sneaking away from Rin was not easy.

He sighed and looked at his phone. Currently playing a song by Azure Beats. It seemed like Rin was right, heck, Nagisa was also right, he smiled inwardly, I’m obsessed with this.

Just then, the door to Dr. Shibata’s office opened and out stepped a very familiar sight. She bowed in thanks before she walked away briskly, heels clicking and black locks- dyed blue at the ends- bouncing as she walked away. Sousuke stood up abruptly, surprised that (Main Vocalist Name) was here. Right here in person!

The sudden movement was seen from the cornee of her eyes and she slowed momentarily, looking towards him. For a moment, the two locked eyes. His teal eyes widened and he could feel his face flush. He could not believe this. She is right there in person and he is listening to her music-

(Main Vocalist Name) seemed to snap out of her thoughts and gave him a wink, with a finger gun pointed to him, before quickly walking away and disappearing down the hall. Sousuke was still standing there in shock when the nurse from dr. Shibata’s office nudged his arm and told him it was his turn now. He reluctantly followed her into the room.

Dr. Shibata examined him quickly with experienced hands and equipment. He asked Sousuke if he had been swimming vigorously, to which Sousuke denied. He simply replied he did swim but he kept his limits in mind. Dr. Shibata simply write some notes on his paper before sending him off after the examination was over.

“Your shoulder will only get worse if you keep pushing yourself,” he said as Sousuke put his jacket back on, “take a break for a few weeks will you?”

“I will,” Sousuke couldn’t look at the old doctor’s eyes. He knew dr. Shibata would catch on to his lie if he looked, and he can’t afford to stop swimming. Not now. Not with regionals coming.

He went out of the room and out to the exit. Remembering to grab his umbrella om the way out. The weather forecast showed a very slight chance of rain, but he would rather be prepared. That preparation proved to be fruitful once he caught a glimpse of the night outside the automated glass doors. It was pouring hard. The sun set was blocked off by dark grey clouds which seemed to pour buckets relentlessly to the world below.

He got his umbrella ready and stepped out to the lobby. Out of the corner of his eye, he caught a glimpse of (hair colour) hair wildly dancing in the wind as the lobby was sheltered from the rain, but not the wind.

At that precise moment, (Name) turned her head and the two locked their gazes. She smiled first, raising her hand to wave hello. He did the same and walked over to her.

“Me neither,” (Name) chuckled and looked up to his towering height.

“Were you getting your leg checked?”

(Name) fidgeted nervously. She would have to be careful of what she said from here on, “I… Yeah.. I was. The doctor said it was healing well.”

“What about you?” (Name) asked, genuinely curious this time.

Now it was his turn to feel nervous. “I was… Well it was nothing. I just came for some regular check ups. Swimming stuff.”

“Oh.” She got the feeling that he did not want to talk about it, so she dropped the subject.“ She tbought of what else she wanted to say to clear the awkwardness, but Sousuke spoke up first.

"You don’t have an umbrella.” It was not a question.

“I can walk you home if you want.” Sousuke offered, opening his umbrella and walking a few steps ahead before turning back to look at her with a small smile.

“That last time we went out after the joint practice,” Sousuke said, “you went home eith Makoto and Nanase, so I’m thinking you live close to them, or at least in the same general direction.”

“Uhh..” He is definitely observant, for someone who seems aloof, she thought. She needed to give an answer. “Yes?”

“I’m going to that direction, since its the fastest way back to Samezuka.”

“Are you sure?” (Name) asked. She did not like to be a burden ti anyone.

Silence. “Okay then,” (Name) replied, and she joined Sousuke under his umbrella.

For a while, the two walked in silence, that is, until Sousuke blurted out “I saw (Main Vocalist Name) in there.” he figured it should be fine talking about his favorite band with her, seeing she is a fellow fan.

“She came out of my doctor’s office,” he shrugged, smiling, “I still can’t believe we went to see the same doctor.”

“You’re s-so lucky.” (Name) fidgeted, “I would love to meet her, she’s so cool and awesome.” A complete opposite of me.

“It was alright. I think I set a new time today,” Sousuke smirked.

“What about you? How are you settling here? I mean how’s Iwatobi and school? I don’t think you have any trouble. You come from Tokyo after all, the schools there are pretty hard.” He asked in exchange.

“Well, I’m fine with all the subjects here, I already learned most of them in Tokyo,” she tilted her head, “except math, I guess. I always had trouble with it.”

“Math is my favorite,” Sousuke chuckled, “it was always so satisfying when you can finish a problem.”

“If you can finish a problem, that is.” (Name) pouted. Sousuke happened to look down to her and he chuckled.

“I can teach you, if you want.” His offer made her eyes widen and glance up at him.

“Samezuka is an all boys school. I can’t just go and get you there.”

He thought for a bit but then smiled, “I’ll go to your place. I usually go jogging so I can always make a stop there before I start.”

(Name) looked straight ahead. They were passing the supermarket she went to the other day, where she also met Sousuke and Rin. “I really don’t want to trouble you, Sousuke.”

“You’re no trouble, (Name). I have fun with you. You and Rin are a lot like each other and I feel like I can be myself around you two.”

“But still, are you reeeaaally, reaaalllyy sure?”

“I am.” His voice held a firm tone of being completely sure, but also the soft and gentleness of a breeze.

“Okay, I’ll take that offer. How does tomorrow sound?”

“Sure, I can come tomorrow.”

(Name) knew her house was pretty close by now, and that Sousuke would be off to Samezuka soon. She enjoyed his company too, like he said. Sousuke had a calming presence, despite the fact that he looked pretty intimidating at first glance, but once she got to know him, he was actually really sweet.

Two of them continued talking about random things and soon enough, they stopped in front of her house. She invited him over to her front porch and fished her keys out of her bag, before unlocking the door.

“Thank you for walking me home, Sousuke,” she smiled sweetly.

“You’re welcome, and it was no trouble.” He rubned the back of his neck. (Name) noticed that the jacket sleeve on his left arm is drenched wet. Her eyes widened, had he tilted the umbrella more towards her this whole time?

Sousuke was about to leave when she said, “Wait, your jacket is wet, let me grab a towel for you, and maybe another jacket or a blanket or-”

She stopped rambling when she heard him laugh, “Its alright, (Name), Samezuka is pretty close from here. I’ll be fine. Besides, I seriously doubt your jacket would fit me.”

(Name) shifted her weight from foot to foot, “okay at least let me grab a towel for you.” She quickly slipped inside her house, feeling that Sousuke wanted to go back to his dorm quickly since it was getting late and cold.

“Okay..” she heard his faint reply from the porch.

“Just come in!” She doubt he can hear her, since she’s already in her room. (Name) dug through her wardrobe and found a towel, then she rushed back to where Sousuke waited. She gave it to him with a sheepish smile.

“Thanks.” Sousuke tried to dry off as best as he can, but to mo avail anyway. So (Name) told him to just take the towel. He complied and went back out to the rain under his umbrella.

He walked a few steps but then stopped. He turned back towards her, his gaze serious and seaeching.

“(Name),” he began, “have we met somewhere before? You seem very familiar to me. A childhood friend? Or.. I dunno..” He scratched the back of his head, thinking.

“Uhh, I don’t think so,” (Name) tilted her head, “Maybe I only look like someone you know.”

“Huh… Maybe.. I guess you’re right.” The soft smile returned to his lips. “I guess I’ll see you tomorrow.”

And with that, Sousuke walked his way back to Samezuka, still unsure if he have met her before, or if she only reminded him of someone else.

Unbeknownst to both Sousuke and (Name), as they passed the supermarket earlier, a pair of purple eyes behind red rimmed glasses caught sight of them from inside the supermarket. He quickly nudged the blonde beside him, causing him to look up.

“What is it Rei?” Nagisa asked. He looked at the direction Rei was oggling at and his eyes widened.

“Oh my goodness thats (Name) and Sousuke!” He pressed himself against the glass window, breath fogging the cold glass. “I was right!! They really are dating!!”

I swear if a guy walks me home in the rain like Sousuke did im gonna bury myself under 914382691 pillows and squeal like crazy. Its really hard to find a nice and decent gentlemen today :’)

As for (Name)’s worst subject, lets just say it was math, because after asking around, most people say they had trouble with math (me included lol I suck at it and I always had remedials owo once, the only answer i knew on a maths test is my name and class (not even the date, yes.) I am an artistic creature people should stop pushing us to do maths and sciencey stuff when they dont push science people to do art).

Ahem anyway.. Okay so now Nagisa and Rei thought they have proof that (Name) and Sousuke are dating mwehehehehe I sense more drama coming *wink wink*

Oh and HERE, HAVE A POUTY SOUSUKE 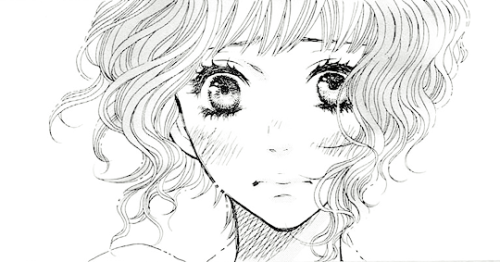 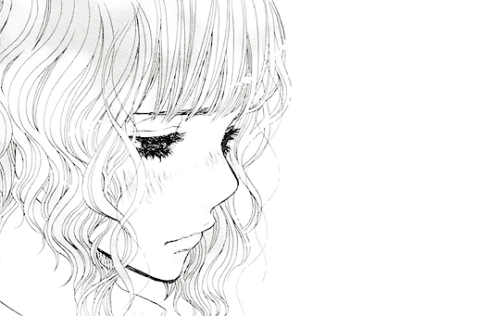 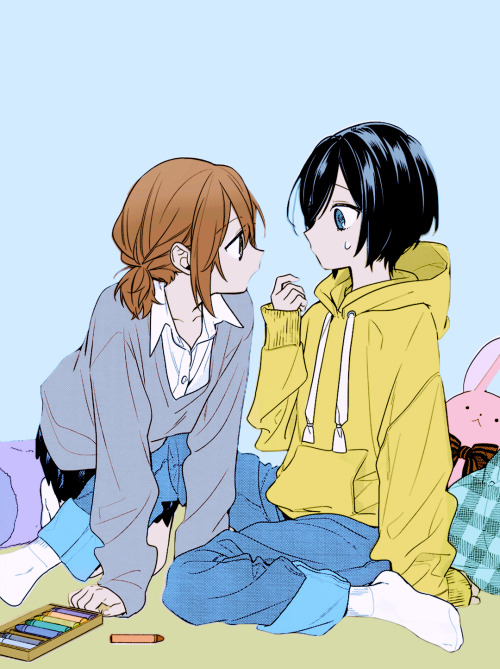 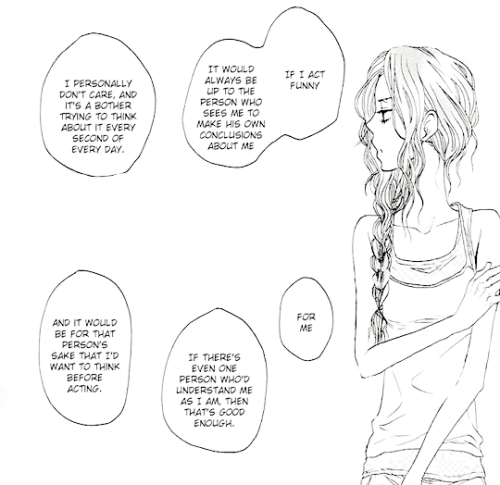 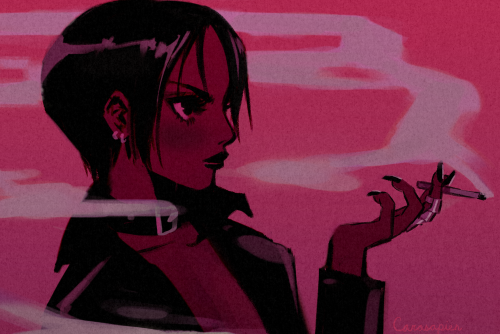 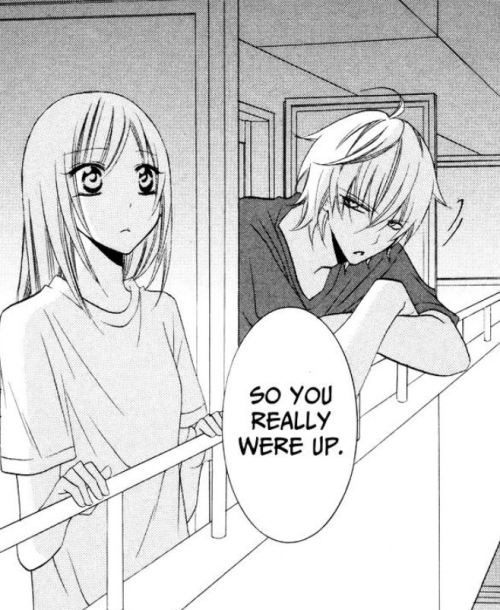