Trending Blogs
#should i draw it?
zebracakesarecopingmechanismsText

#should i draw it?, #it just feels a little cursed, #but on the other hand it could be awesome, #let me know. is it worth the risk?, #good omens, #crowley, #aziraphale
2 notes · See All
some-lame-artistText

Ok,,,,, but Funfetti, my lil shit, my new pride and joy (dun worry Qbe is still my number one baby), but as a

#Should I draw it?, #Iss probably not gonna look good but, #Yall can decide, #👀👀👀👀, #Twords, #Cuphead oc, #This loser speaks
2 notes · See All
ladyflame-askText

So, we were at a Cosplay Event and my mom took a picture between two guys dressed as Spiderman and I jokingly said “New OT3!”

After explaining to her what that mean she said “Oh yes! But can you add Chewbacca too? There is no harm done with imaginary characters. You have your skeletons, I have my spideys (and Chewy)!”

#cosplay craziness, #mom is too cool!, #spiderman, #Self Insert, #should i draw it?
1 notes · See All
macaon-cheesecake-loverwolfieText

Is it okay if i made or draw an OC base on this guys? 0A0

Timewise…I might have some time to draw if I just squeeze it in but…should I try it or not?? And if I do, any suggestions perhaps?

#inktober, #first inktober, #should I draw it?, #idek what to draw tbh, #idek how to ink
22 notes · See All
osseincactusText

#should I draw it?, #man idk
4 notes · See All
thetimetostrikeislaterText

I’d like to believe this image is from an alternate universe where the enterprise crew is actually an enterprise circus. Kirk is trapeze artist looking for a home and Spock is one of the “freak” attractions. Bones is the animal care taker and Chapel rides on the backs of white horses and elephants. Uhura does the ribbon trapeze dance and Sulu and Chekov are clowns. Scotty is the drunk handyman and Harry Mudd is the ring master.

#should i draw it?
5 notes · See All
fadingphoenixText

#should i, #should i draw it?, #phoenixpeeps
1 notes · See All
ask-alphys-sibling-lab-blogText

#oh my gosh, #I don't know how to fresh, #but dang, #fresh thyna, #should I draw it?, #I'm drawing it, #I NEED TO STOP ROLEPLAYING
7 notes · See All
hamlet-the-dameText

“And that’s Smith of Hufflepuff with the Quaffle,” said a dreamy voice, echoing over the grounds. “He did the commentary last time, of course, and Ginny Weasley flew into him, I think probably on purpose–it looked like it. Smith was being quite rude about Gryffindor, I expect he regrets that now he’s playing them–oh, look, he’s lost the Quaffle, Ginny took it from him, I do like her, she’s very nice…”

Harry stared down at the commentator’s podium. Surely nobody in their right mind would have let Luna Lovegood commentate? But even from above there was no mistaking that long, dirty-blonde hair, nor the necklace of Butterbeer corks… Beside Luna, Professor McGonagall was looking slightly uncomfortable, as though she was indeed having second thoughts about this appointment.

“… but now that big Hufflepuff player’s got the Quaffle from her, I can’t remember his name, it’s something like Bibble–no, Buggins –”

Harry stared around for the Snitch; there was no sign of it. Moments later, Cadwallader scored. McLaggen had been shouting criticism at Ginny for allowing the Quaffle out of her possession, with the result that he had not noticed the large red ball soaring past his right ear.

“McLaggen, will you pay attention to what you’re supposed to be doing and leave everyone else alone!” bellowed Harry, wheeling around to face his Keeper.

“You’re not setting a great example!” McLaggen shouted back, red-faced and furious.

“And Harry Potter’s now having an argument with his Keeper,” said Luna serenely, while both Hufflepuffs and Slytherins below in the crowd cheered and jeered. “I don’t think that’ll help him find the Snitch, but maybe it’s a clever ruse…”

Swearing angrily, Harry spun round and set off around the pitch again, scanning the skies for some sign of the tiny, winged golden ball.

Ginny and Demelza scored a goal apiece, giving the red-and-gold-clad supporters below something to cheer about. Then Cadwallader scored again, making things level, but Luna did not seem to have noticed; she appeared singularly uninterested in such mundane things as the score, and kept attempting to draw the crowd’s attention to such things as interestingly shaped clouds and the possibility that Zacharias Smith, who had so far failed to maintain possession of the Quaffle for longer than a minute, was suffering from something called “Loser’s Lurgy.”

Here everyone, have a piece of the best quidditch commentary we got in all seven books - in my opinion :)

#should I draw it?
8 notes · See All
icecryText

#should I draw it?
8 notes · See All
niczkaText

Dipper in glasses though

Dipper snapping a selfie in glasses and sending it to Norman all like “Hey do these make me look smart?”

#parapines, #i wanna draw it, #should i draw it?
34 notes · See All
naicipherText

#One piece, #trafalgar law, #headcanon, #yes please, #should i draw it?
5 notes · See All
aquakingrenegadeText

If i drew a homestuckxinuyasha crossover with inuyasha and jade harley strifeing, would you guys want me to post it on here? And if you do, should jade be normal with her dog ears, dogteir,or grimbark? (Warning, i dont have a tablet or a scanner so i would have to take the picture with my phone)

#jade harley, #inuyasha, #homestuck, #should i draw it?, #dont worry. my art is better than my cosplays
0 notes · See All
rosesarecrimsonText

#i want to draw it now, #homestuck, #Young Justice, #crossover, #should I draw it?
2 notes · See All
thehowl-lerText
#i should probably draw a promo poster for that pool party thing too...., #should i draw it?, #i doubt somebodys draw it for me eheeee, #if i do it ill probably do it tradish and scan it, #maybe pretty up...., #i dont know, #nobodys even said anything in regards to it besides norma, #maybe nobody wants to go, #sigh, #ooc
1 notes · See All
arcticrenegadeText
#Should I draw it?
0 notes · See All
shivnch0Text

#I need to stop, #giving my self rules/timelimts, #whiel drawnign who arent there, #i can also draw adult shin with other hairstyle, #if i want but nag, #vent from here, #so just ignore, #i sometimes wihs shsinou with, #longer hair were to be more popular, #if jsut to ahve proper refs, #i love his canon hairstyle, #and artist proof with kiri, #you can mix that with long hair, #and a poyntial but no, #i would pay artist, #but I neither have mone yor a good ref at all, #yes i finsihed something yesterday, #but looking at it now?, #waaay to much volume i feel like, #maybe i just should stick to a ponyail.., #i turn to suhc a bad artist once i have no real ref is saddning, #whatever i should go to sleep, #|| Call me Jee | ooc
2 notes · See All
windmill-ghostPhoto

I figured out that these weren’t appearing in the tags because I was linking to the monster’s page in their name, so I won’t do that anymore :( 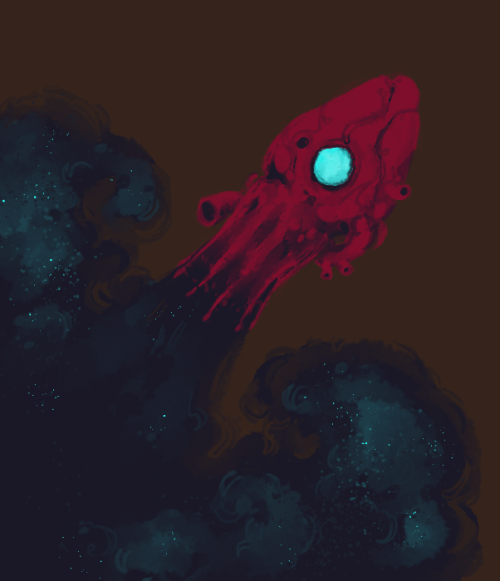 #art analogous occurrence, #mortasheen, #going loose with these is how ive actually like.. enjoyed to draw them and i havent been focusing on that enough, #i should stop drawing in ways that arent fun in my free time i do enough of that in class
6 notes · See All
Next Page