Title: About the size of it

Shuri presently rises from her crouched position to stand as tall as she can with her small frame, all lanky limbs and slim curves beneath her gauzy summer dress.

Bucky does his best to avoid going there but his brain no doubt takes mental snapshots of her to save them for…recreational activities.

“I can handle it, you know”, she says, drawing up close to stand right beside him.

He scrubs off another  stain from the wood, a deep  knit in his brow.

“The gigantic rod you think you’re hiding in your pants apparently.” 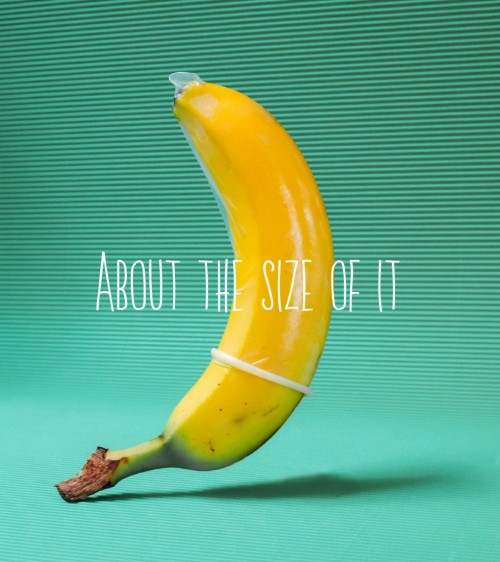 #winterprincess, #shuri x bucky, #bucky x shuri, #royalwolf, #feels like a crackfic tbh, #but i needed to post smth light hearted and fun, #fic: about the size of it, #mywriting, #this is dumb and y'all are gonna have to suffer with me
2 notes · See All
fandomsleaveuemotionallyscarredText

“Your Highness. I promised your brother to watch over you.”

“But I don’t need you to rescue me, Sergeant Barnes. I don’t wanna be a damsel in distress. Teach me how to wield a sword instead.”

#winterprincess, #shuri x bucky, #bucky x shuri, #royalwolf, #winterprincess au, #shuri, #bucky barnes, #myedit, #this was not fun to gif but at least it came out right, #knight x princess all day everyday, #this is their entire relationship
22 notes · See All
scotchandwhiteliesPhoto

“So my biggest business rival turns out to be an eighteen year old brat…I don’t know if I should be feelin’ impressed or offended, sweetheart.”

Shuri knows the jab is only one of his infamous little mind games but it bites at her self-esteem all the same.

She soldiers on, keeps her hands clasped in her lap and pretends she doesn’t care that this dangerous man is invading her tiny studio. That his thighs are stretched obscenely so as he sits across her.

It’s truly a contrast to behold. Him decked in a tailored suit while a tepid cup of instant noodles is resting on her coffee table.

“What do you want from me ?”, she says, leveling a hardened gaze at him.

His lips stretch into a sinister smile.

“You…You want me to make fake cash for you ?”

Barnes tilts his head in an almost reptilian move. The room closes up on Shuri when his heated gaze lands on her delicate neck then roams her body from the waist down.

During a fandemic panel last year Seb casually said: “I’m a huge fan of chocolate.” Or something along those lines. He was obviously referring to the food. Nevertheless, my sebtitia brain was immediately like:

the spy who loved me

“is keepin’ all my secrets safe tonight”

#winterprincess, #bucky x shuri, #an au no one asked for, #the coloring hopefully isn't too terrible when i look at it again in the morning, #and i won't immediately delete it, #my gifs, #my edits, #shuri udaku, #bucky barnes, #shuri x bucky, #my edit, #my gif, #gif set
27 notes · See All
romanovssoloPhoto

If Marvel doesn’t ever give these two anymore screen time I’m suing.

The way that they look at each other is just ughhhhhhhhh!!!!

#winterprincess, #shuri X bucky, #shuri isn't a minor so get over it, #royalwolf, #black panther, #heart eyes, #beginning of something beautiful, #i will go down with this ship
19 notes · See All
wakandawinterprincessText

Oh my… we are SO CLOSE to a major milestone, yall!

The Winterprincess Fam just hit a major milestone🎉 thank you all for your continued love for this ship!

MCU characters as The Office quotes:

Summary: Bucky had a partner while being brainwashed by HYDRA. They were paired up for a few missions and Bucky wants to save her as Steve saved him. The story goes back at the times they were assets, but most chapters will take place in the alternative present.

Warnings: nightmares, assassins, no smut, not much blood.

AUDIO for this part

Probably because you spent a lot of time with Bucky, you remembered your missions with him. You were cooking lunch when the memories came flowing in.

It was November 1963. HYDRA made a plan on killing John F. Kennedy and they had the assets to carry out a mission. This time they needed two to make sure everything goes as planned. Zola wanted the two best Winter Soldiers to do this one. Bucky Barnes and you.

You woke up again. You felt the chills from the chambers and you shivered. You saw that they woke up Bucky too. Even though your memories were suppressed, you knew that you’ve seen him before and you bonded with him. He looked at you and you saw the same strange feeling on his face. You didn’t need words to communicate.

Zola took Bucky first. He knew from experience that if he takes you first, Bucky fights harder against the transformation after he hears your screams. He killed a doctor once because of this.

You knew what was happening. They strapped him to the chair and read the trigger words to him from the red book. You heard him fighting and screaming, but as soon as the screams stopped you knew he was gone.

You were next. You were watching the puppet they turned Bucky into while you were strapped into the chair. He looked at you and you saw no emotions on him. Thanks to that they didn’t take your ability to speak the foreign languages, you used your turn and insulted Zola on three different languages. It was various every time. He didn’t care though. He knew the combination to your silence.

He held the book in his hand and turned to the right page.

“There you go. Are you ready?” he teased. Your heart rate rose and your breaths became more frequent.

“Желание.” (Longing) You screamed, the process has started and you wanted to run away forever.

“матушка.” (Mother) You felt a tear running down on your cheek. You saw your daughter, but the memory was quickly gone. This word was on your page to torture you even more.

“Семнадцать.” (Seventeen) For the year you were born in. The same as Bucky. Giving you memories and immediately taking them away was their kind of torture. You were becoming, but you were still fighting.

“Рассвет.” (Dawn) For the dawn of justice by HYDRA. The cause you were involved in. A reminder where you belonged.

“имущество.” (Property) You were a Winter Soldier and a woman. In the eyes of those men, you were nothing more than their property. Your breathing was normal, your body gave up the fight and slowly your mind became quiet.

“Девять.” (Nine) A reference to hydra, a mythological creature who had nine heads.

“невидимый.” (Invisible) It was your best quality for them.

“Возвращение на Родину.” (Homecoming) A final push on your mind to accept your destiny.

“шпион.” (Spy) The last one usually referred to how the asset was captured. And the circle was full.

You completely lost who you were.

They gave you the clothes, the date, the time and the name. You had one goal and one chance.

The way was long to America. You were taken by a military aeroplane. Your mind was completely blank and so was his.

You didn’t remember much from this. You went there. Your duty was to set up Lee Harvey Oswald and frame him for the murder. Bucky did the dirty bit. You didn’t know exactly what he was doing. It helped the other in case one of you were caught and tortured. What you both knew was the meeting point after you finished the job.

On 22nd of November, the president and his wife arrived in Dallas. As they were passing through downtown Dallas, Kennedy was shot in his car.

Bucky packed the gun and left.

Your next memory is being in Siberia again. They put you in the Memory Suppress Machine and deleted your memories of the past few days. Making you feel even less human than you were. A few hours later you were sitting in a cell waiting for being frosted again. They put Barnes next to you, just like on the first day you met. There was a gap between your cells and as you often did, you put your hand in there.

Bucky looked at your hand on the other side of the wall and put his flesh arm on top of yours. You stayed like that until they took you both back to the chambers.

“YN?” you were snapped out of the memory.

“I asked if you want some plums.”

“Uhm… no, thanks!” you only said it because you knew how much he likes it.

“You were lost in thoughts,” he said.

“Yes, I just remembered something.”

“Yeah,” you smiled at the thought of how close you used to be even when you were brainwashed.

“Do you remember Kennedy?” you asked him.

“I just remembered the whole thing. From when I was woken up. I remembered your screams I heard. They took you first.”

“Hehe, I know. I was a little more violent when you were first.”

“You remember?” you were surprised.

“I don’t remember my trigger words, which is a good thing. I just know it hurt a lot.”

“You wanna have lunch? I made enough for both of us.”

“Sure, I’ll get the bowls,” he stood up and while he was gone you ate one of his plums. When he got back, he noticed right away but just smiled.

Okay I have a genuine questions for the Bucky fandom who are writers. Would anyone be willing to be a beta reader for this fanfic im writing. It’s not done but it’s my final draft and I’ve been working on this for literally four years because I finally just pulled everything together in what feels like a mature manner, but I think because I’ve been working on it for so long And staring at it for so long that I just can’t think at all anymore and I think maybe some feedback might help! It has a lot to do with whump but it does actually have a deeper story of the OC overcoming her past. So if anyone is interested HMU and I’ll let you know and give you more details.

“Be careful in the world of men, Shuri. They don’t deserve you.“

Shout out to @fandomsleaveuemotionallyscarred for writing this old little daydream. Go read Made of Earth and Stars

This time around, the boys have a go at being musketeers.

“Why is my mask the only full faced one?” Bucky asked

“Sir Benard Ette” the man announced to the room.

“Well it’s not I like was lying about that,”

We’re looking at you Kevin Fiege.

Winterprincess in The Three Musketeers

Shuri has always wanted to be a musketeer. But there’s no such thing as a female musketeer…. Not yet anyway. When a plot against the new King unfolds, only Shuri and her friends can stop them.

This right here, is an underrated sebtita moment. A man literally just broke his face and Seb’s like “I hope the dog is okay” then a Tish is like “boy what-?”

Experimenting with brushes in Procreate; I do like the chalky look of it 6(´ - ´  ) 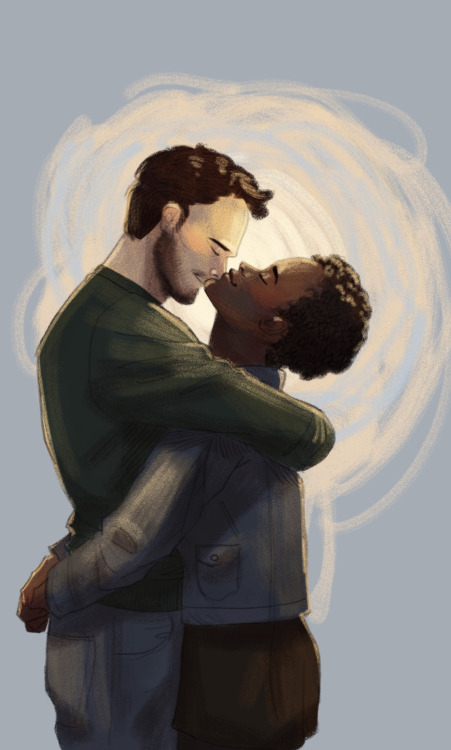 “He sure is ugly”

“Well on the outside, maybe. But inside beats the heart of a Prince”

Special shoutout to @scotchandwhitelies For being the catalyst that brought this idea into light.