11/29/2020 Moon and Mars are sitting together today in Revati Pisces star constellation in the Vedic Zodiac. Sun is still in Swati Libra. Revati is where we shine bright like a lighthouse giving teachings and counsel and wisdom to others. It’s a very creative constellation and it’s creativity comes from tapping into the lightening fast spiritual intuition provided by the union of Mars and the Moon in Pisces. Revati is “she who is wealthy and transcendent” and the true wealth discovered here is the wealth of our own spiritual connection. The wealth is Prana, the vital life energy inside all of us. Today is a good day for tapping into your own vital life energy and using your connection with your higher self to spread light and good counsel to others. 🕯- Jennifer

Cancer Energy is so good. It makes us feel comfortable, safe, pushing us to get in touch with our sensitivity which always leads us to spirituality.

That’s why Jupiter is exalted in Cancer. Here wisdom is divine, becomes motherly and we heal our souls as we go deep inside our emotions. The Moon in Astrology is what’s inside our DNA, it’s our mind, our divine consciousness. We can’t exist without the Moon. It’s our light in the middle of the darkest nights of the soul. We can always look at the Moon at night and we feel safe, we feel nourished by its sensitive light. The night is magic because of the Moon.

In Vedic Astrology, the Nakshatras of Cancer zodiac sign are: Punarvasu, Pushya and Ashlesha.

The Punarvasu part is still in the Gemini constellation and is ruled by Jupiter. Here we have the great exaltation of our Guru planet, the Giant of our Galaxy. Punarvasu natives are usually very generous, expansive, fearless, in need of travel and adventure. They tend to repeat some patterns in their lives many times ‘til reaching spiritual enlightenment. They usually become teachers, investigators, travelers, writers, philosophers. Their mind is in a never ending growth.

The Pushya part is at the centre of the original Cancer constellation and here the Cancerian energy is at its strongest. Pushya natives are the ultimate care takers of the zodiac. They are fathers and mothers inside their souls since young age and they feel like they have duties from the people they love to take care of them and attach themselves emotionally to everything they care about. They are self-sacrificing and they expect nothing from others when they give affection. Their way of loving someone is unconditional. Their love is like the one of a mother taking care of her child. That’s why they often get their hearts broken from people who take advantage of their good heart. They have a Karmic lesson to learn, since Saturn (Capricorn) rules their 7th house of marriage and partnerships. They need to learn who they can trust before putting their heart and effort away to people who don’t deserve their kindness. That’s why Pushya constellation is ruled by Saturn in Vedic Astrology.

The Ashlesha part is at the end of Cancer zodiac sign, inside the constellation of the Hydra, the serpent Naga. Here the energy of Cancer emotions are at its highest, even without any control. Ashlesha people can often cling on things and people they care like a snake does when it coils around the object of desire. They find impossible to let go and this causes a lot of struggle in their lives. Ashlesha people are really intense. They often have penetrating eyes and a very sexy appearence. They are very sexual and have lots of dark fantasies. They sometimes act manipulative and behind the scenes because they are not direct people. The Yoni of Ashlesha Nakshatra is the male cat and they often have feline behaviour. They are quite interesting creatures, really mysterious. This is a misunderstood Nakshatra, sometimes mistaken as evil. They are just too intense and not too many people can handle them. This is what makes this star so special and magnificent. 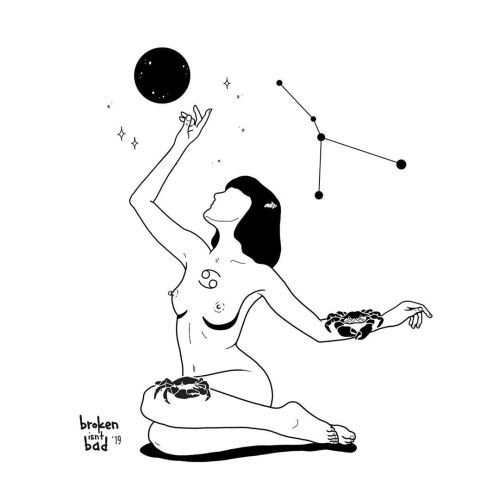 11/27/2020 Sun in Swati Libra and Moon in Purva Bhadrapada Aquarius in the Vedic Zodiac makes for a very deep transformational day today.

I know the Sun and Mercury retrograde are in Svāti naksatra, I’m just thinking out loud.

Only one ego will become subservient to the Higher Self and that is the sattvic (pure and in alignment with love) ego. The rajasic and tamasic (both too attached to the material world and their own separate identities) egos won’t surrender to anyone or anything else as it sees surrendering as the death of itself.

This is why the Sun is debilitated in Libra. In love, ruled by Venus, there cannot be a battle of egos. The Sun, the I, has to dissolve into the You in order for there to be Love. When there is no I and You there is only one Love. When the ego is not dependent on anything or anyone else for love but is sourced by the love from the Higher Self within, that’s true independence. Then it becomes love and can give of itself as love.

You can find the whole video here https://youtu.be/AKBVFa65goc

Today is a powerful day in the Vedic Zodiac. What is true independence? This is the lesson that Sun in Swati Nakshatra in Libra helps us understand. Moon in Dhanishtha Aquarius also helps us share these understandings with the world around us as our gift to humanity. 11/25/2020

11/23/2020 Today is the 7th day of the 9 of Navaratri, indicating the Dark Night of the Soul. Today the innocent moon is with harsh Saturn in Capricorn.

#OMGGGF I JUST BOUGHT A SIDEREAL WORKSHOP GUIDE THINGY AND IM SOOO EXCITED AND GRATEFUL I CANT WAIT, #i don’t care about tropical astrology no more. From now on it’s all about sidereal. the real deal yes yes, #astrology, #sidereal astrology, #dl
0 notes · See All
soulpathcoachingText

Mercury in Jyotisha is called a Buddha and it stands for the portion of our mind that Patanjali in the Yoga Sutras calls Buddhi, the intellect. How does your Buddhi function? Wouldn’t that be excellent knowledge to know? Considering that the definition of yoga is to go beyond the thought process, vrittis, and Buddhi is one part of the Vritti Cycle? Your chart gives you so much information. It’s as unique to you as your thumbprint. If you’d like to have your chart read, visit my website at SoulaPathCoaching.net and sign up for a Jyotisha session. I’ve got openings next week. If you enjoyed this mini video, the whole video is available on my YouTube channel https://youtu.be/wYq8Q1jy5Ls. ☀️ - Jennifer

Moon + Ketu today in Jyeshtha Scorpio, the star of the Eldest Queen who claims victory over the inner darkness by drawing on deep spiritual reserves.

stop hating on leo moons🤧 we just want the best for us. you either go big or go home with us, amiright?🤷🏾‍♀️ 🔥🦁♌️♥️

i was actually just researching this the other day !! personally i go by tropical just bc it’s always been 100% accurate for me and people i know but sidereal is cool too, you just have to find what works for you since there’s a million different ways to view astrology :)

Sun is now in Chitra Libra, Moon in Vishakha Libra, and Mercury is still Retrograding through Swati Libra. Makes for a creative day! - Jennifer

I normally like to write about the moon transits on the morning or day of the transit, but interestingly enough my heart was more inclined to really just be in the energies with this moon. Today also marks the beginning of Navratri—celebrating the Nine Nights of the Goddess, so I’ve found myself very present with that energy more so in the form of mantra and silence.

The new moon transit is taking place in Chitra, which bridges Virgo and Libra. Here the energies are very ripe with the analytical observation and practical resourcefulness of Virgo merged into the very passionate and creative energies of Libra. There is the intriguing theme of justice present as we dip our toes into the early degrees of Libra.

Chitra is symbolized by the pearl and means “brilliant or precious”—indicating a direct tie to things that become more abundant in its worth or value over longer periods of time. Time stands out to me here as the energies are setting in motion themes in our lives that require or have required time to gain in value. This constellation embodies that of architecture and the skills and discernment required for that of building. This building can come in the form of career and business legacies, long-term relationships like that of marriage or romantic partnerships, spiritual and/or academic pursuits, dynamics involved in solidifying family legacy, down to one’s own physical and emotional health and wellbeing, and so on. The effects of this energy can really be seen from the ascendant.

I’ve chosen to place emphasis on time because of the challenges most of us face when we look at our lives, particularly as it relates to that of what we desire to create or manifest—and by default, find ourselves contrasting it to others or what we may perceive as another’s personal victory. The world we live in is dedicated to the illusion of fast-paced “growth and success”. There is a disdain for character development as it relates to everyday life, and the personal discipline necessary for raising our vibration through the healing process. Even outside of the space of comparing ourselves, there can generally be found great resistance to just being with ourselves, sitting in the grit and grime, and really taking the time necessary to confront the ugly and take off masks we wear for ourselves.

This is a time of cleansing and release as much as it is of opportunity and blessing. You may find that the path before you clears but may do so in a way that has been undervalued in your past. New relations may begin now and come in with great fervor, as may opportunities that allow you to expand in a way that resonates with your current vibration. Be present with your body in a way that is new and adds a depth of harmony. Really, it is as simple as appreciating the moment and holding whatever space is necessary for yourself with love and compassion.