Trending Blogs
#sight series
dmitrimolotovAnswer
What is TMA about? What is it?

I literally opened this ask and said aloud: “Oh my dear friend, that is a dangerous question…”

TMA is The Magnus Archives, a horror-anthology podcast produced by Rusty Quill. Each episode is centred around a “statement” which is essentially a self-contained short horror story (very creepy-pasta-esque) read by the head archivist of the Magnus Institute. There is a meta-narrative that develops, following the Archive staff over the series. I could give you the Spotify synopsis or a review, but I think it’s just better to say: give it a go - if you’re a fan of horror or supernatural themes and a good mystery, it will likely appeal to you and even if that’s not normally your jam, the incredible writing and performances rapidly suck you into the world. It is very LGBTQIA+ friendly, diverse and inclusive and never resorts to exploiting cheap scares, bigotry or sexual violence.
You can listen to it at the Rusty Quill website or on most podcast services and I will highly recommend it.

#ask away, #evictedsaint, #tma, #seriously I cannot recommend it highly enough, #and it's not a droning on series either there is a set end in sight and that's the end of season 5, #which has just launched this week
18 notes · See All
mutaliejuText

what’s up how is quarantine been treating you?

i became aware that psychic powers are canon to midsomer murders

#we have been watching lot of midsomer murders, #8th series ep 'second sight' is WILD, #spoilers it ends with chief inspector barnaby breaking into a churh in a thunderstorm, #to stop the babtism of a, #PSYCHIC BABY
3 notes · See All
shihwihihiText

Sometimes you just peek into a fandom, see all the drama, and then turn right around and leave.

#why do good series have trash fanbases?, #Even if I don't stay in the fanbase I just block people with certain shityy behavior, #death threats? immediate blocking. anti shipping? blocked, #as someone who rarely ships most things anti rhetoric tends to be pro-censorship, #and also anti queer, #and I don't have the patience for that, #also can we not compare platonic fan art to abuse???, #I am too old for this and too tired, #I don't even go here, #also anyone who tags queer as a slur I block on sight, #that's terf rhetoric
3 notes · See All
zeejade88Text

I don’t know how he’s so gd beautiful

#bright vachirawit, #2gether cast, #2gether sarawat, #2gether the series, #2gether, #what a sight, #i forgot how to breathe
91 notes · See All
cytrotearText

#DONT TELL ME BITCH!!, #tine bumped into him at last year's scrubb concert and that LOOK on sarawat's face??, #love at first sight bitch??, #was that what i saw??, #2gether the series, #2gether
115 notes · See All
jflashandclashAnswer
Have you thought of making a taglist? I know your chapters are on a schedule - updates on weekends - but if people were interested would a taglist be possible? -acespade

Thank you for your question and interest!

So, let’s say I’m about 10 years less social-media competent than you think I am. Not quite this social-media age of “get off my lawn”

That being said! What tags would be helpful to you? I can take a swing at it! Admittedly, my tags are disjointed  and disorganized. I try to keep the series name and acronym in there, and book name and acronym, but then I also overburden it with names of characters included in each chapter and whatever bullshit commentary comes out of my mouth that day.  I normally only put full names if it’s an art commission or some artwork (though…. as i’m looking through it, I see how inconsistent that is and how ineffective >>’‘)

I will look more into this to see if I can fix it up! In the meantime, though, if you have a suggestion for the tag’s list, please send me another ask! I appreciate any help you can give ^.^’‘

(Also! Although this is my favorite site to get comments, if you’re trying to find an easier way to read/reread the series, it’s way better organized on fanfiction. Not sure if that helps! Will try to fix these up!)

#asks, #series questions, #look at me trying to put proper tags, #aw shit--I'm already putting bullshit commentary!, #*angry squints at social media sight and etiquette*, #But not at you acespade, #I adore you and appreciate you bring this up!, #And appreciate you dealing with me being a spazz XD
3 notes · See All
dawndrmsText

VHope (Taehyung/Hoseok), Min Yoongi
Modern Witches AU
Series: Rose Tinted Sight (And a Candy Red Taste)
Genre: ??, A little fluffy at the end (though honestly someone do tell me a list of genres cause this definitely aint in catagories i know)
Word Count: 4465

Summary: Taehyung’s first meeting with Hoseok happens at a party and never has Taehyung wanted so much to taint a human’s neck with blood.

Warnings: Casual use of vulgarities and cursing, blood, blood drinking, talk of cutting parts of the body, actual cutting of the palm with a knife, thoughts of killing people.

“And why are you taking me to a party?”

Taehyung stops in his tracks. He doesn’t need feed. He is content enough with what basically is two drops of blood Yoongi gives him every month. He takes what he gets without having to hurt people.

Yoongi rolls his eyes as he grabs Taehyung’s jacket sleeve to get him moving again. He pulls the grey haired along as he checks his phone.

#there’s a line from guts that interests me (and also makes me think he wont survive the series tbh), #where he’s saying re the berserker armour fucking his body up, #something along the lines of (i just need to hold it together this journey is nearly over), #he was Not expecting to get this far, #rare cryptid sighting
3 notes · See All
unseeliefairyText

Like 95% of the time George dates guys they’re all himbos. They all so stupid and even when they aren’t really stupid they just radiate the himboness. Big muscles, no brain cells, and a good heart. Probably a nice ass. The perfect type of man really. I appreciate her being given a great taste in men when she has a taste for them. I really appreciate it.

This happens with Bess too but she is not as much of a morosexual as her cousin.

#this is the second post about himbos ive made in the last 5 minutes but its my type too, #nancy drew, #george fayne, #nancy drew books, #clue crew, #nancy drew games, #im right and i have the evidence, #first and foremost is burt eddleton, #next is her ex from the diaries series who was so stupid he blew their undercover identities, #a few of the guys in files too, #they try and say that theyre not stupid but they are, #i can feel it i can sense the himbo, #bess marvin, #bess usually sets her sights towards smart men, #george wants zero braincells or less and im right, #i was gonna put fat ass instead of nice ass but i felt like that was too far, #some of them are pretty skinny so maybe no
5 notes · See All
artisticgrroovePhoto

As of now I would like to be called the Berserker specialist. That is my job and I will not listen to objections. I specialize in caring for and loving Berserkers

#Give me all of your berserkers and I will marry you on sight, #berserker class, #fgo, #Fate/GO, #fate series, #my goofy ass
5 notes · See All
csquirrel27Text

King Shark yelling “It’s Beyonce!” at Mr. Freeze is my religion. And don’t think I missed that Harley/Ivy hand hold!

This show is so over the top and I love it.

I wasnt really exited about “my engieneer” cause it looked a bit messy and clichee in the trailer… and it is… and i absoluty laughed my ass off. OMG that was so over the top that it get actually really funny 🤣🤣🤣

#asianlgbtqdramas, #thai bl drama, #my engineer the series, #duen is so cute and ridicoulus, #fell in love with ram at first sight
22 notes · See All
thirteenstardisfamPhoto

#doctor who, #dwedit, #Thirteenth Doctor, #Jodie Whittaker, #thirteen, #my gifs, #mine, #look i'd love to say i have a not gay reason for this, #but we all know thats not true, #series 12 really did let us feel like repressed victorian gays at the sight of leg, #and i love that for us, #i don't know what it is, #but she has... nice shins?, #good calves?, #knees?, #i don't know but yes to all
2K notes · See All
intomybubbleText

I really want to read more of A Destructive God Sits Next to Me bc there’s only 12 that’s been fan-translated and I’ve been really enjoying the anime but there are only 2 episodes left for this season.

#desiree talks, #at least im not suffering ad much as seri, #poor dude is surrounded by chunni, #i really like mogami though, #his design is cute and i like his voice, #i was super excited to see him intoduced since the 12 manga chapters dont get to him, #saw him in the previews and it was love at first sight lol, #kid is a masochist so um theres that, #i’d probably like hibiki more if he didnt have the antenna hair strands, #but overall i do like the characters and the series is my type of funny
0 notes · See All
bytesnboltsAnswer
Which of you has had the most trouble on your travels, and what were the most memorable incidents?

There’s a lot of murmuring as the collective tries to work out between them whose had the most trouble; Requiem is quiet in the corner.

“Oh! There was that time that we got held up by a bunch of slag-for-processors when we were trying to navigate an asteroid belt with the planet,” Solar Pax offers. He gestures off toward Sparkhaven. “Do you know how hard it is to maneuver a newly-built planet through an asteroid belt while someone is threatening to blow apart your fleet if you don’t give them sheet metal? It was ridiculous! Everyone was short-circuiting! Benzyl snapped and Butyl had to keep the Dreadnought in formation.”

“That’s nothing! Fireball put me in a box once and shipped me to this Goddess with backstruts for miles that owed her some cabbage. There was this big shindig going on, so I jacked up out of the box and there was a security guard right there, so I-”

“Brother, I told you to jump out of her cake for a surprise, not a box. You recall?” Fireball interrupts, narrowing her optics in displeasure. She doesn’t have to worry about half the room since they barely understand what’s coming out of Dealbreaker’s intake, but the Officer is obviously taking notes.

Fireball’s battle-mask and visor clicks into place to keep her faceplates’ twisting in frustration out of sight.

“Requiem, did you not have any adventures before you came to our home?” Nanostorm asks the undertaker in the corner.

“I once took up the position of an engineer upon a ship bound for the outer reaches. I am not an engineer, so the ship became stranded one stellar cycle into the voyage due to engine failure. The Captain went outside to repair it. He became lost to the void. However, he must have finished repairs before for the ship ran once more as if nothing had happened. The crew did not even seem to notice his absence after a few orns.”

“Why I always get the feel’en you’re pull’en our stabilizers?” Flux asks the undertaker.

“Believe what you wish.” 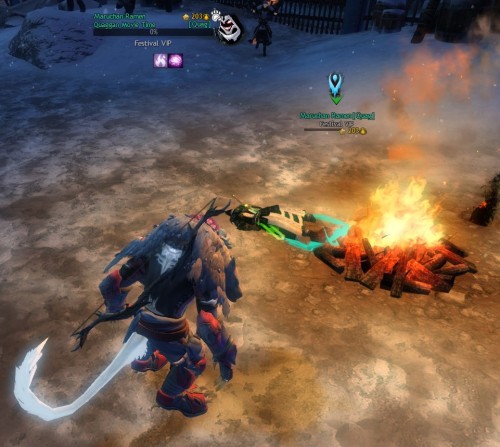