Narcissa: “Do you wanna do something fun with me tomorrow night?”

Narcissa: “Okay! But you are… little bit.” 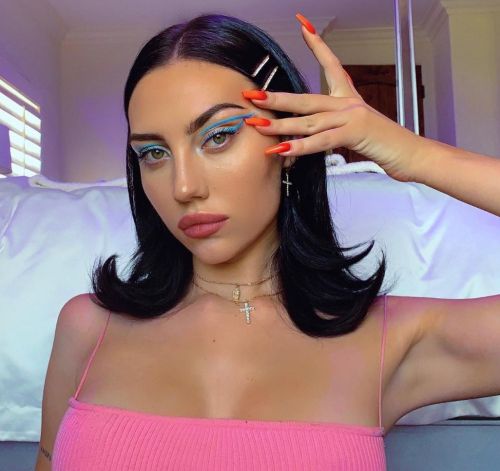 These are the outfits worn by Queen Maria and her family on the day of her coronation. January 25, 2016 Maria turned 18 and, as promised by her parents, was given the northern region of the island as her own personal kingdom. She decided to call it the Kingdom of Winter because of its cold climate all year round. Her coronation was held at her palace that she named the Winter Palace. Many people were invited to the coronation as it was a very special and important event.

Queen Maria: Age 18/ as of January 25, 2016 is the Queen of the Winter Kingdom and former Princess of Amaris

Princess Serrenity: Age 17/ is now the oldest Princess of Amaris

Bellatrix: “You eat your pants! Wait!”

Narcissa: “Sorry Bella, the next letter was-”

After Rita Kapil spied on both Reigna and Sideshow Bob on their date, she starts a conversation in a motherly-like concern way…

She was showing critisism about their relationship, thinking her sister will not survive with him in the future. She hated Reigna for making her decision, and was forcing her to break up with him…

Sister on the Left:

Bio: She was Reigna’s Younger sibling. She could be bitchy at times, but she’s always a protective sister.

Thank you for your apology.

It’s just that somehow it makes me feel so guilty.

I never wanted you to feel sorry.

How do you do?

Where does it hurt?

I could help you through.

You can come to me.

They bring me such joy!

Instagram
When you hear the word “twins,” what immediately comes to mind is two people—or things—that look alike.
But that isn’t the case for twin sisters Kalani and Jarani Dean. The pair are quite the head-turner because they’re the perfect picture of a phenomenon rarely seen in twins.
While parents usually wage a friendly match over who looks more like who, Whitney Meyer and Tomas Dean had…

Me and two of my sisters are having a ✨rough time✨if you Tokyo my drift, and I was talking to my sister Sarah about how she knows that I specifically wouldn’t commit the Not Alive™️ and she goes

“I know you wouldn’t. You’d probably just march off to the woods somewhere to fight a bear, and you’d know you wouldn’t survive! But like you’d have fought a bear! Because “grrrrrr! I died fighting a bear!” And you’re you.”

And I’m not sure how to feel about this because… ouch that hit me in the accurate button.

#lol#mine#siblings#sisters#me and my siblings#me and my sisters#I have terrible humor#and honestly I’m the type of person who would create an elaborate scheme of revenge instead of committing sedoku ya know?#I’m very petty and vengeful
2 notes
selcouthandsilly
Text

Summery: I just really wanted to write about the relationship between Kassidy and Emily, or how I’d love to imagine it anyways. This takes place during the beginnings of their relationship, soon after they met. It might get mentioned in my main fic at some point, but it isn’t necessary for the story. It’s just self-indulgent fluff for me <3

It probably wasn’t normal, or sane, to show up at the doorstep of a coworker Kassidy barely knew, especially at 2:00 in the morning, in the rain, soaking wet. But, here she was, arms wrapped around herself as she stared at the apartment building’s front door. She didn’t grab a jacket when she had sought out comfort, and she was regretting it. Her hair was drenched, clinging to her face and the back of her neck. God, she was so stupid.

Late November in Virginia wasn’t anything like back home. She wasn’t used to the rain, the cold, the wetness of everything. If she were home in Las Vegas, she would still have the air conditioner on during the day; but now she needed a small heater in her bedroom to sleep through the night. She should have known to grab a jacket- or at least a sweater- when she started on her journey to escape the suffocating walls that were closing in on her in her apartment. It wasn’t raining at the time. Now, it was pouring.

At least the freezing sheets of water that were soaking her to the bone was good for something: it hid her tears rather well. Her red face and puffy cheeks could be explained by the cold and the rain.

She still hadn’t made a move to enter the building, instead choosing to stare at the little buttons beside the door. Each one had a number on it, corresponding to the apartment number inside. She knew which one she needed but couldn’t make herself press it.

God, why was she here? She lifted her chin towards the sky and closed her eyes, letting the sting of the water wash away her tears. Maybe moving to Quantico was a bad idea after all. She couldn’t handle the pressure of not being able to save everyone. She couldn’t be the woman her father wanted her to be. She couldn’t-