“fuck you my child is fine”

“THATS A FUCKING DUCK, STAY THE FUCK AWAY”

*breaks into their school using a pen*

*waves a pencil around idk*

*dreams of having a hot villain kidnap them”

Van Eck: it’s when a group of people do crime together.

Van Eck: no, because these people kill other people.

I am officially out of ideas for moodbords pls tell me what fandom should I make next.

Maybe send ur ideas or edits.

It is with a heavy heart that I bid farewell to the weirdest ask in my inbox. I thank you for the unbridled joy that its presence has brought me these many weeks and for providing me with the challenge of what the fuck do I even do with this. By all rights, I should have deleted this accursedness. But I could not bring myself to part with it, such was its curse. So, here – have this drabble. It takes place in my SoC modern AU.

“Let’s talk strategies,” Inej said to Wylan as they climbed the creaking steps up to Kaz and Jesper’s apartment. “They’ve been working for days – we need to get them to leave.”

Inej and Wylan both knew just how complicated dating plagiarizing masterminds could be during midterms. Kaz had picked up a job three days prior that he’d insisted would pay their rent for the whole month, but the research involved had taken up every spare moment of his and Jesper’s time. Inej had dropped off groceries for them one morning to find them both buried beneath notecards and textbooks around their secondhand kitchen table, and when she’d returned the next day with coffee, they hadn’t moved. The groceries hadn’t been put away, and the pile of papers around them had only grown bigger.

She’d texted Wylan before she left – it was time to intervene. Wylan had come armed with freshly toasted sandwiches, and Inej with smoothies from their favorite coffee shop, ones with actual fruit in them.

“Just warning you,” Inej said, as she artfully balanced smoothies in one arm so she could rattle her spare key in the doorknob, “they hadn’t showered when I was here last.”

But instead of being met with pungent body odor and a hoard of research papers, Wylan and Inej halted at the threshold of the apartment, not entirely sure what they were looking at.

The research papers had been cleared away, neatly stacked on the kitchen table. In the living room, Kaz and Jesper were both propped up in their respective recliners with gaming controls, the surround sound on their TV at full blast – so loud that the familiar bouncing theme and sound effects from Mario Kart literally reverberated in Inej’s chest. They both appeared freshly showered and were surrounded by an actual mountain of pizza delivery boxes.

All the signs of a job well-finished.

“Huh.” Wylan leaned against the door frame, as if waiting for his boyfriend to take notice of his visitors. But Jesper and Kaz both were literally glued to their game – Jesper a little slackjawed as he leaned in, Kaz worrying away at his bottom lip. Inej hid a giggle behind her hand.

“Tell me the name of your god, you fungal piece of shit,” Jesper shouted – at the TV? At Kaz? Inej craned her head to the TV to see Jesper attempting to blue-shell Kaz’s Toad into oblivion.

“That’s my boyfriend,” Wylan sighed, wistful and resigned. “I’m dating him.” Inej gave him a sympathetic pat on the shoulder.

“Can you feel your heart burning?” Kaz asked of Jesper’s Bowser, his tone low and menacing, as Jesper furiously smashed buttons. “Can you feel the struggle within? The fear within me is beyond anything your soul can make. You cannot kill me in a way that matters.”

“What the fuck does that mean – Oh, goddamnit!” Jesper swore, as the game’s tune signaled a winner had been declared.

“I say we let them get this out of their system,” said Wylan, and dug into his Subway bag.

“Sandwich?” he offered, holding out one to Inej. She handed him a smoothie in exchange, and then quietly closed the apartment door as they turned to leave their boyfriends to it.

“I don’t hold a grudge. I cradle it. I coddle it. I feed it fine cuts of meat and send it to the best schools. I nurture my grudges, Reiner.”

The sequel to THIS comic. Wylan spreads the cheer XD

Okay, so I read the six of crows duology a while ago and I am a massive fan. So, a few days ago I started watching Peaky blinders and since I am not ready to let my hyperfixation on soc go I was constantly comparing and thinking about it. Especially the outfits and looks of the show and how Kaz‘s style is described. I thought that Thommy was looking kinda like him (hairstyle, clothes, dark hair and jawline, morally grey characters, love for money and such things)

And the one thing I was always having trouble with while picturing Kaz was his age. He is supposed to be 17 and also look like a 17 year old boy. But his actions and his past make me always think of someone much older and not of a teenager who’s voice is supposed to crack. So when Peaky blinders introduced Michael, I was like „yeah, he’s just a little kid. He’s 17.“ and then I realised that that’s the age Kaz is and was so shocked because he is just a kid and he has lived through more terrors and tragedies than most of us do in a lifetime. I knew that he is just 17 but it took me a good while to realise and process that. I am aware of the fact, that the actor who’s portraying Michael is not really 17 but older, but he’s supposed to look like that and I think they did a good job with this actor.

So yeah, please think of Kaz Brekker as the 17 years old teenager who he truly is and not of a much older, much sexier man, because he is not.

am i too obsessed or

#my art#jesper x wylan#wesper fanart#six of crows#crooked kingdom#leigh bardugo#fanart#drawing#jesper fahey#wylan van eck#mlm
2 notes
pretty-spooky-sis
Quote
<div> —  Leigh Bardugo, <i>Six of Crows</i> </div><span>Many boys will bring you flowers. But someday you’ll meet a boy who will learn your favorite flower, your favorite song, your favorite sweet. And even if he is too poor to give you any of them, it won’t matter because he will have taken the time to know you as no one else does.</span>
#books#book quotes#six of crows
1 notes
childoo4ever
Text

Kaz and all of the Crows: No Mourners No Funerals

Okay so for the fight scene between Kaz and the dregs, if you start reading at the line “shouldn’t have come here-unless it’s to turn yourself in like the smart lad I know you to be” it creates a nice introduction for you to press play on Toxic (by Britney spears) on the line starting “Go get your reward boys”.

I promise you it creates the PERFECT timeline for the events and beat of the song and I’m begging everyone to just go try this out now, you will not regret it.

So I’ve finished Six of Crows. It was so much fun! I love all the characters, each of them in their own different ways and even the ones I didn’t like as much at first eventually grew on me. Jesper is my favourite but I have a lot to say about all of them.

I also know a lot of spoilers for the next book but it’s not the same as reading it and I’m looking forward to it (especially to Wylan’s chapters) I really needed this fun adventure. 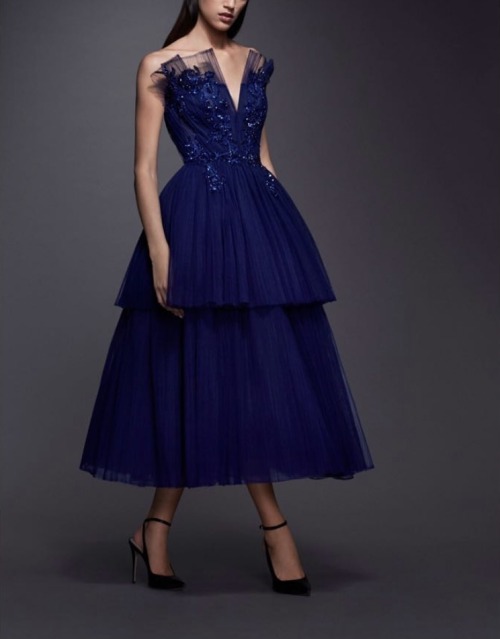 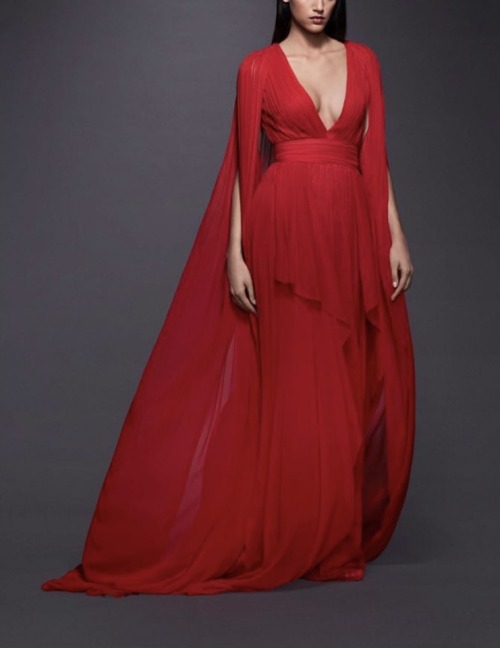 I think the way ruin and rising ends is really beautiful. NO I DO NOT SHIP MALINA AT ALL YIKES. but, hear me out.

“They had an ordinary life, full of ordinary things—if love can ever be called that.” is such a gentle, peaceful ending. Yes, alina is a very strong character who should’ve gotten a life filled with more adventures. But in the end, she got to build something that meant the world to her. She got a quiet life after all the fighting and war was over. She deserved it. It’s a realistic ending, because sometimes characters choose to rest and be happy and that’s okay :).

First off thank you so so much for that compliment. I actually wrote the charicters back stories before I wrote any of the plot and I built it around them!!! The charicters and gang dynamics are inspirered from the book series six of crows 10/10 read. Tae is very much like Inej, Namjoon is Kaz, Jin and Jimin are almost like Wyland, and Hobi is kinda like Jasper but like they’re very very different from those charicters. They just inspired the ones I’ve written and the the city and political system of Alcor is very much like ketterdam. However their backstories and qualities are very much my own.

I started for most of them by assigning roles like Hobi is the sharpshooter… and answering questions like why? What is the consequence of his actions? What are his motives? What are his fears? Why would he join BTS? And boom that’s how he lost his sister and ended up best friends with Ella. I think building Ella’s back story has been the weakest bc she doesn’t really have one. I’m actively creating her reason for joining BTS and it’s complex and not black and white.

Thanks for all the great questions!

#did you mean: the whole of crooked kingdom#mine#kaz brekker#inej ghafa#i mean truthfully this applies to all of them#matthiais helver#nina zenik#jesper fahey#wylan van eck#also i really want to reread the series but i lent it to my friend n they r taking much too long >:( it's ok tho bc i love them#kanej#crooked kingdom#six of crows
45 notes
alien-at
Text

Okay I admit I knew he was coming back.. but the Darkling really got fractured into horcruxes huh? 😂

He’s trying to live forever, *gasp* is he the Voldemort of the Grishaverse?!

Yes Isaak they would never let anything happen to you!

#isaak didn’t deserve that 😤#neither did that poor girl that stabbed herself afterwards..they had a connection!#but the sheer IRONY of them BOTH pretending to be royals while falling for each other!!#no wonder they got along so well!#that plot twist 👏👏#reading kos#king of scars#king of scars spoilers#kos spoilers#grishaverse#shadow and bone#six of crows#soc#leigh bardugo#rule of wolves
11 notes