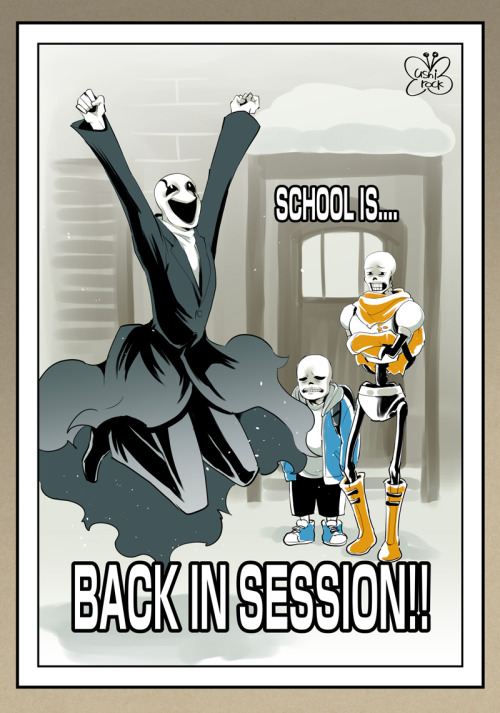 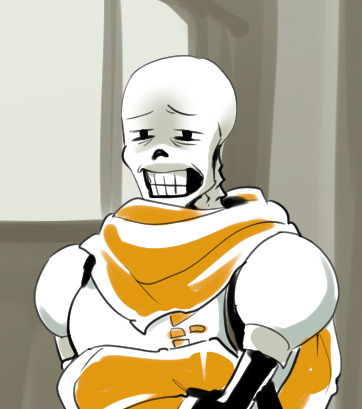 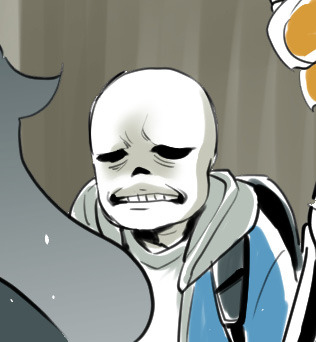 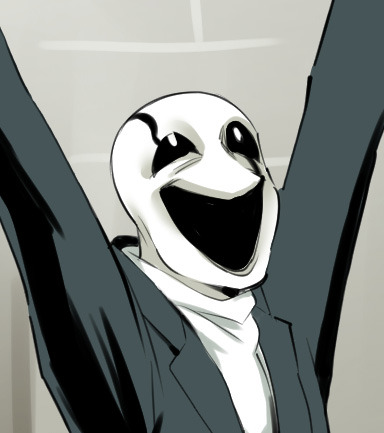 Another one of these silly things ^^’ This time with the skeleton brothers!

#undertale pokemon, #sans, #papyrus, #skelebros, #duskull, #slowbro, #cause sans is the slow bro, #rattata, #with the FEAR method of course, #eevee, #that is perfectly capable of evolving whenever it wants to, #and only if it wants to, #alolan marowak, #and a tiny little, #phantump, #it doesnt like to battle much, #but Paps encourages it to try its best, #even if it retreats after one hit, #he is very proud of it
7 notes · See All
unsocialxspiritText

The first part of my oc Q&A!

MY SPAGHETTI!! (an Undertale Animatic)

Sometimes, we are ashamed of what we did while we are being reported to others … 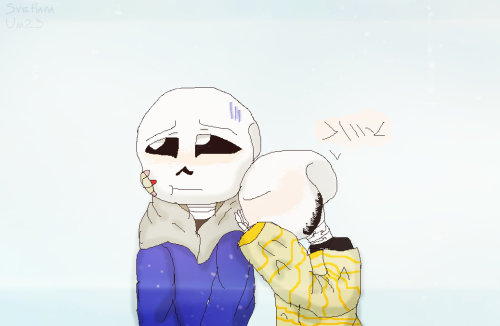 Thought I should put this here too shsjhdjdjd

The return of loved ones - always a feast for our souls 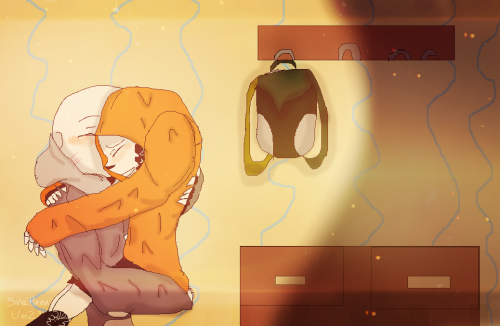 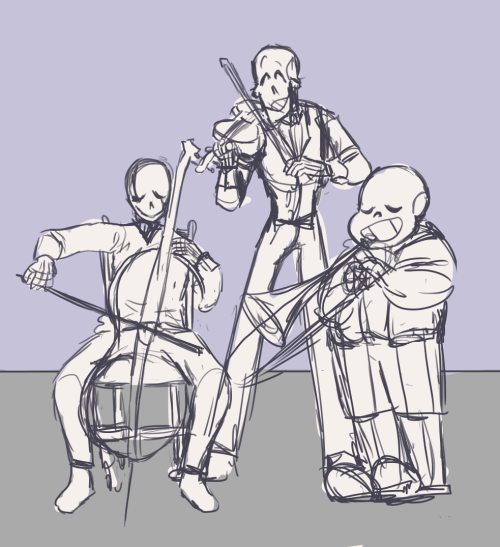 I want to recommend @factual-fantasy work, love the hurt/ comfort aspect, especially with the skelebros. Artwork is great too!

sanses in a mall what crimes will they commit 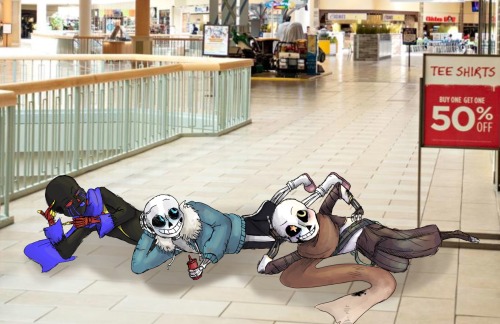 All the typical main house bois. Gonna make an ‘outcast’ list after this with some of my favorite pairs. 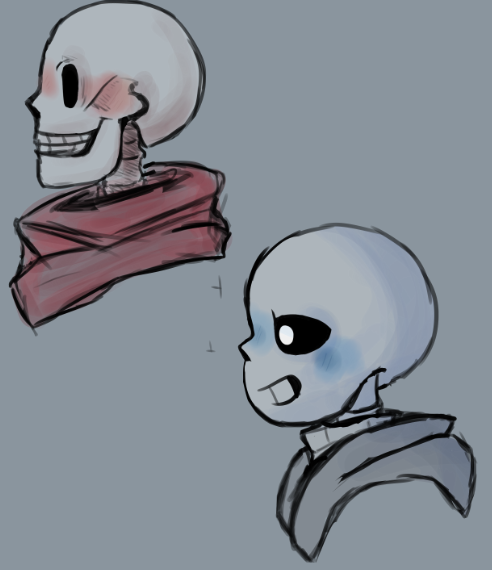 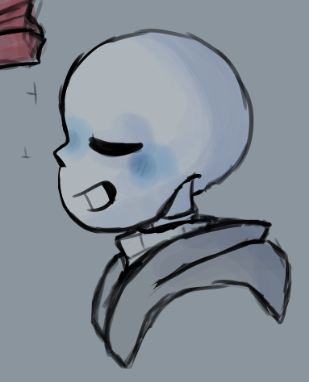 Restocking these lil loves along with some additions soon. The other main cast peeps are coming and also UF! Sans too because I wuv him.

I’m excited to make more original products as well! Still working on my summer stuff too so I’ll be busy for a bit 😁

You know how the skelebros are, well skeletons? But when they put on clothing, it conforms to the shape of a body.

My theory is that Sans and Papyrus do have bodies around their skeletons, but they’re magical, invisible, and pretty weak/malleable.

The shape of their body is determined by how they feel they should look psychologically.

For example, Sans’ jacket outlines him as pretty chubby and slouching. Sans views himself as lazy and sedentary, so the magic that creates his body reflects that.

We don’t really get any shots of Papyrus wearing normal clothes, but assuming his costume isn’t rigid you can see that it has a large upper chest area. This is because Papyrus thinks of himself as strong.

Author’s note: The word Papyrus was trying to spell was ‘iogorrhea’. The rules for headcanon/drabble requests are here!

For my peeps that wear bonnets and night caps: imagine taking it off in front of the skelebros for the first time. What’s your hair like? Is it long and wavy? Curly and bouncy? The soft texture, the sweet scent. Drives them crazy.

Or if you don’t wear them: imagine them seeing you with bed head for the first time. Got a cow lick? Is your hair all over the place? They can’t help but laugh as they see you fight with your hair. 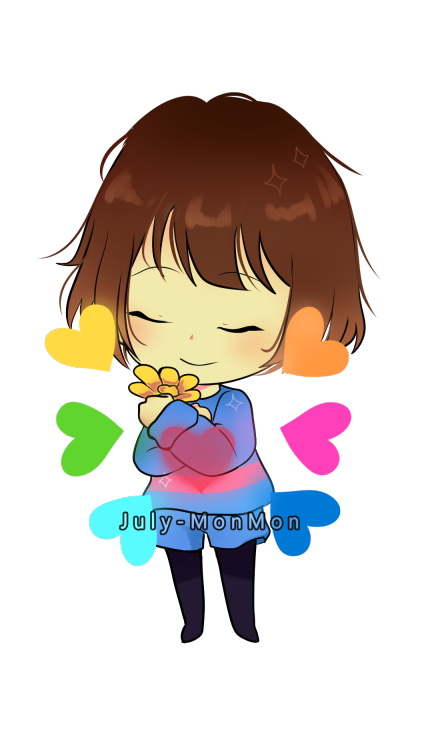 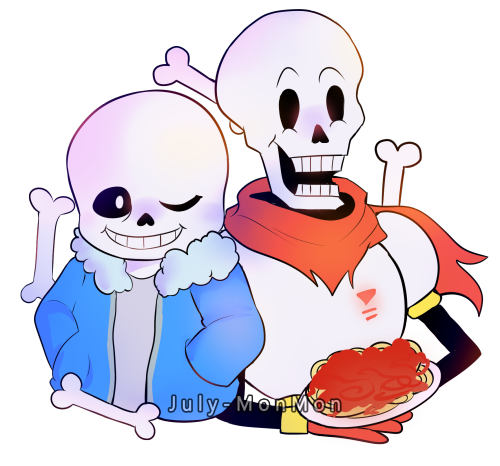 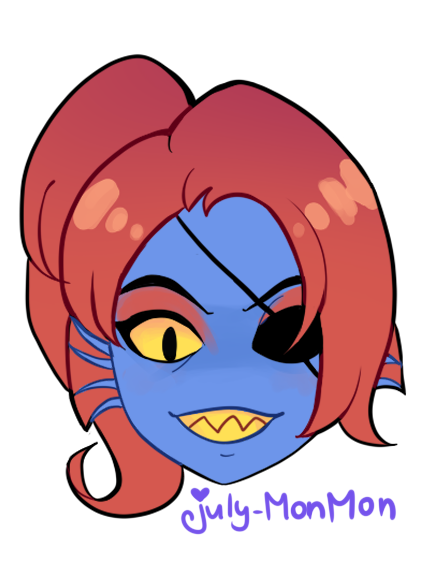 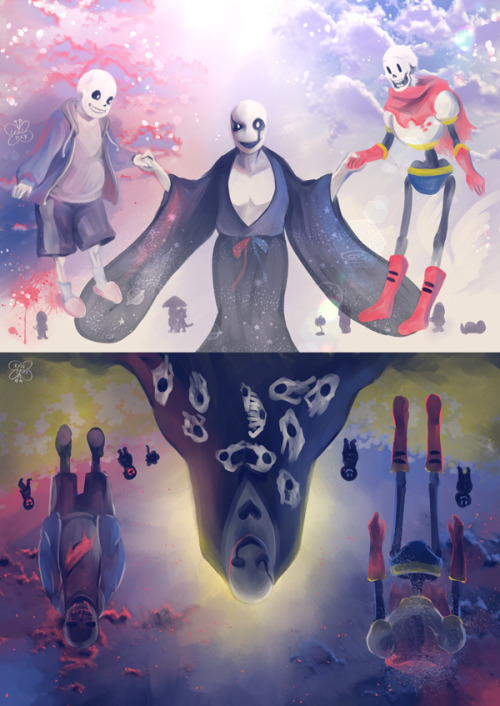 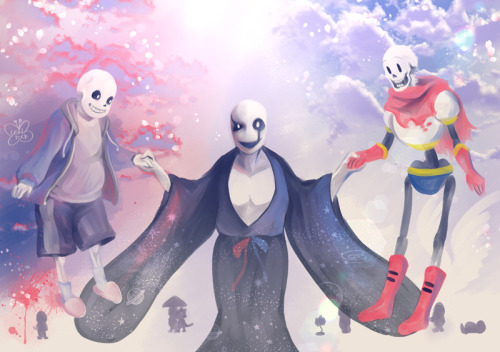 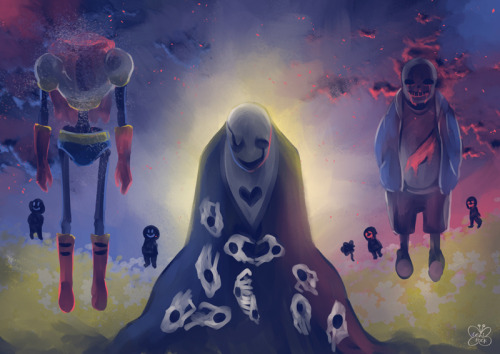 IF Sans and Papyrus were in Animal Crossing: New horizons Headcanons #2

I think I spend too much time on Animal Crossing. And in Undertale fandom. I have no regrets.

• If you complain to Isabelle for any reason about Papyrus, Sans will COME to see you (walking slowly) but don’t panic, it’s not to threaten you. He just comes to tell you that he understands your point of view, and that Papyrus can be a little too energetic and confusing for some people, but that you should give him a chance to get to know and when you spend enough time with him, you’ll understand why Papyrus is so cool. It’s just Sans doing his job as a brother. If he sees that you’re not talking to him or running away from him, he’ll teleport next to you. Even if you’re in a building or at home. (maybe the only real way to escape is to go to an island). If you still don’t talk to him, he will talk to you himself, making a small mention of your behavior.

If you complain to Isabelle a second time about Papyrus, Sans will completely ignore you during the whole day, he will teleport if you try to talk to him, won’t come to call you, etc. You have to be friendly with Papyrus during the day, so that the next day, Sans will speak to you again.

If you complain to Isabelle about Sans, Papyrus will do the same thing as Sans: “ IT’S TOTALLY UNDERSTANDABLE THAT MY BROTHER ISN’T IN YOUR STANDARDS, HE’S A REAL LAZY BONEHEAD! BUT HE’S MY BROTHER, AND I LOVE HIM VERY MUCH, AND JUST HAVING A BLOODLESS LINK WITH ME ALREADY MAKES HIM A GREAT PERSON, NYEH HEH! SO, HUMAN, I’M GONNA HAVE TO ASK YOU TO LOWER YOUR STANDARDS WITH MY BROTHER, YOU’LL SEE THAT DEEP DOWN, HE’S NOT AS HORRIBLE AS YOU MIGHT THINK WITH HIS PUNS AND HIS INSUFFERABLE ATTITUDE. ”

The second time, Sans won’t leave his house during the day and even though you will be able to talk to Papyrus, he will be in his thoughts very often, worried and concerned about his brother, he will come to Sans’ house very often, but you will not be allowed in.

If you complain to a 3rd of either of them, they will prepare to leave, no matter what you think.

Important: if the name they give you has been changed, if their fetish expression has been modified or if their outfit is not the basic one, the counting of complaints will not begin since the “complaint” is justified.

I was doing some Undertale sketches and this one is my favorite so far. 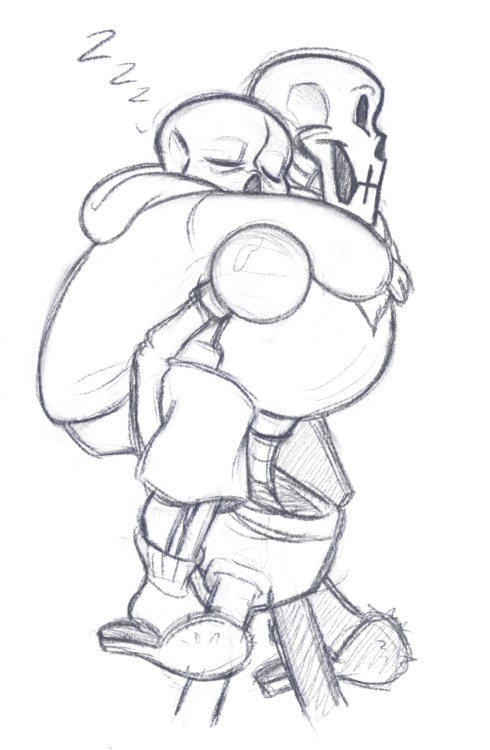