Anon, you have no reason to apologize.I designed this outfit with Michael in mind lol. Thank you for facilitating my sin  🖤

what toppings do think the slashers put on their pizza 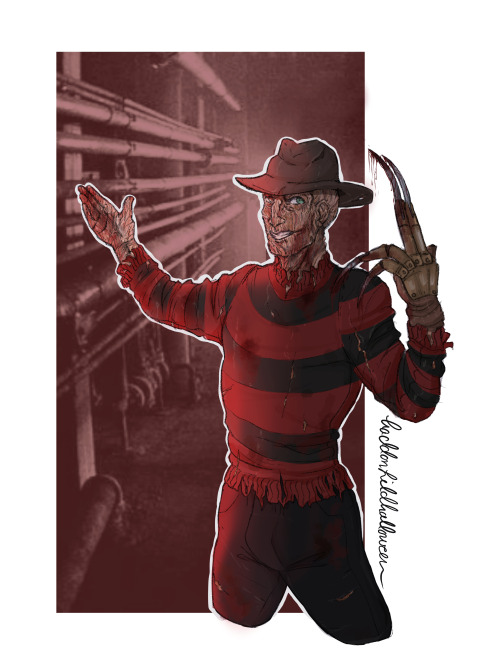 #im on this kick, #slashers, #brahms heelshire, #edited bc i found a better pic
18 notes · See All
lackingspaceText

Author Note: Ok, this is a super special piece for @yourlocalslasher​. It was her B-day yesterday and well, she loves Bo just as much as me, so I HAD to write her something. So again, NOT A READER- used a name, but its not heavy-handed. Anyways, hope you enjoy it!

#hope you liked it!, #Idk how well I did, #but hope it was decent!, #Happy birthday!, #ily!, #bo sinclair, #slasher smut, #writing gift, #house of wax, #house of wax smut, #slasher community, #slasher writing, #slashers, #house of wax 2005, #bo sinclair x reader, #and if anyone is this deep in tags yes im still writing jelly danny he almost done
16 notes · See All
hugs-and-stabbiesPhoto

A/N: Sweet nonnie, bless you! Finally some monsterfucker content! I shall only write for the 1990!Penny since I already had a nsfw post for 2017!Penny <3

(If someone isn’t listed here i either havent seen it YET or i forgot, so ask anyway just in case)

Really just ask if i know it, i probably will. And if i dont? I will learn about it to answer your requests. Because your requests mean so much to me.

So yea, thats about it, if i think of anything ill post an updated version or something.

(Also i am worlds biggest dumbass. So idk if people pay for requested fics or sumthin. But mine are free. I just like to write. Wanna practice my writing skills. Ask awayyy)

How I be when Im reading all these Jason x readers and he tries to keep the reader from going outside cause he’s scared of them getting hurt.

You cant contain me and all this big fite energy!! 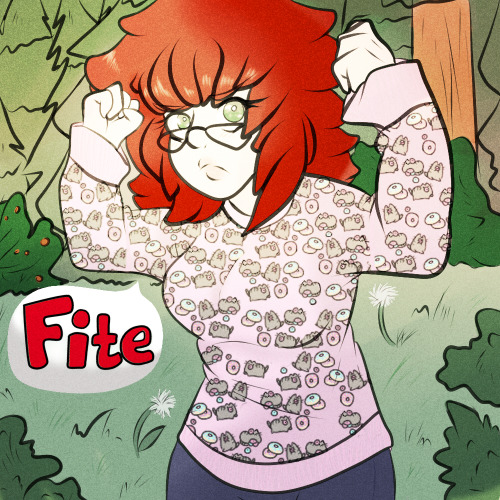 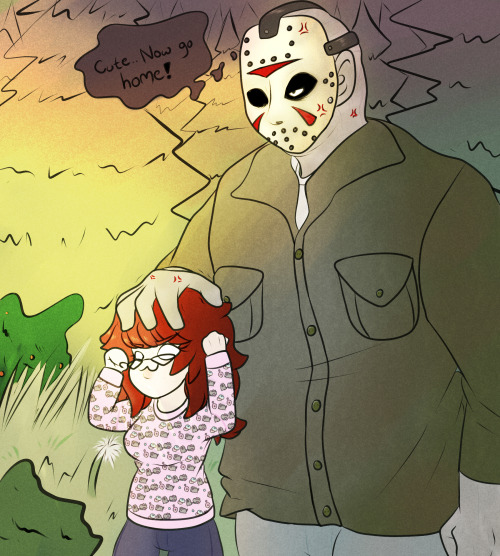 Bubba and the Twins with a Physically Affectionate S/O

For my favorite boy?!? Of course ! I know you said ish but this shit went off the rails because I have zero self control as you may know. I hope you like it!! 😳

Warnings: nsfw content, penatrative sex w gender neutral reader, Michael isn’t too mean , no condom bc this is fiction but usually u should practice safe sex, That’s it I think. Beware the nasty…

Under a Blanket of Blue

In the chill of December, Michael tends to stay indoors. He doesn’t like the snow and he doesn’t like that the Christmas spirit is so prevalent right after Halloween. You’ve seen him huff at the hanging tinsel in the street and restrain the urge to kick over a giant candy cane standing proud in someone’s yard. Tonight, however, he had left in the afternoon and did not return before your usual bedtime, so you climbed the stairs and went to sleep without the familiar blanched face following behind you. You changed into attire fit for sleep and brushed your teeth, floating to your bed like a ghost before burrowing beneath the covers.

Your eyes snapped open, the glowing numbers on your nightstand showing a time that made you cringe. You had hours before you had to even think about being awake, trying your best to go back to whatever nonsense your mind conjured for you to bask in. The cold side of the bed next to you made you wonder where the wordless masked man had made off to. Your eyes roved the shadows around your room and found him standing in the corner, ever the silent sentinel. Michael stood still and you waved him over.

“It’s late, come to bed.” For a moment, he stood still before slowly approaching the empty space beside you. You smiled lightly rolling over and tucking yourself back under the covers. You closed your eyes, Michael’s steady breathing; rhythmic and soothing, helped pull you back to sleep. Your limbs relaxed and your own breathing calmed. Michael took ahold of your upper arms, tugging you into his chest. You startled, allowing him to put his arm around you. His strong hold clamped down on you, fingers pressing into your bare skin. His mask was off, as the darkness obscured his face to you. He felt better taking it off when you were drowsy and the sun wasn’t up to reveal him. His hand wound around your neck in something like a light headlock. You murmured and huffed against the upper arm on your throat. The rise and fall of his chest was dramatic and sounded heavy despite his face being devoid of the mask.

“Maybe some other time, I’m sleepy, Michael.” You whined, trying to shuffle and squirm away from his hold. Though, escaping the shape is much harder than that, you still put up a front. You kept your struggling light, knowing that his strength greatly outweighed your own. Michael put his fingers in your mouth despite your words, forcing you to wet them with your own saliva. He dug his index finger into your soft warm tongue, puffs of air blowing against your ear. You knew this was more for your comfort than his own satisfaction so you licked tentatively along his fingers. Each of his digits pulled away from your mouth, slipping into the loose sleep clothes that covered your bottom half. As if testing the dampness, he probed along your hole, stretching you around him. You writhed and groaned, trying to get more of him inside of you. He allowed you enough movement to pull your clothes off and bare yourself to him. His shadow in the dark room was like ink on blue paper, listening to your pleasured noises in the stinging quiet of the winter night.

A muted unzipping sound came from somewhere behind you and you felt the heat of Michaels breath on the nape of your neck. He pulled your leg up from the slight bend in your knee, slowly easing himself inside of you. You gasped and squeezed at the arm around your torso, the slight burn of the friction making you hiss but the pain was welcome. You felt his hips tilt upwards to be as deep as he could be. You whimpered, your own hand coming to caress the part of you Michael was neglecting. Realizing he was no longer in complete control of your pleasure, he knocked your hand away and groped between your legs. The stimulation paired with the jutting of his cock inside of you had a high pitched moan slipping from your lips. His arm was pressing uncomfortably into your ribs from below but you couldn’t bring yourself to care. He panted like a dog in the sun, years of suppressing his voice however, muffled the throaty groans you otherwise would have loved to hear in your ear. But Michael’s raspy hushed grunts sent your stomach into a whirlwind, indiscernible from those strange moments when you feel like you’re falling but you’re still safe in your bed. In the cold air of your room, you could almost see the white clouds. Your heater must have turned off at some point for the temperature to be so low. Michael stretched you to your limits, the sensation of being split open on him overwhelming all of your senses. All you could feel was Micahel. Between your legs, behind you. Grip like a vice around your body like he was trying to crush you to death. You gasped sharply as he hit your sweet spot. Michael stilled and readjusted to hit it over and over again, his hand never ceasing to rub your sex. He bucked his hips faster, growling lowly. Your insides tightened around him. You were sure where his hand was on your leg, you’d have bruises.

Michael snarled as he neared his peak. He picked you up and shoved you face-first into the mattress. You turned your head to breath, drooling onto the sheet beneath you. He slammed his hips into your backside, groping along your ass and your sides. His hands felt huge on your body, sliding you up and down over his cock. Your fingers nearly tore at the fabric of your sheets. Despite the frost collecting on your window, the warmth of the room was stifling. He bowed his back over you, your brain feeling more like a pile of mush than anything capable of thinking. He fucked into you like nothing more than a toy, grunting and groaning almost inaudibly. As he approached his climax, he pumped faster and rougher. He took your wrists in hand so roughly, the small bones ached. Michael’s teeth came down on your neck and you keened, arching your back into his violent thrusting. You finally felt the familiar rush of your orgasm wash over you. Michael filled you with his cum, his sweat dripping from his nose onto your lower back. You sighed and went limp as the blood flooded to the rest of your body. Michael flipped you over, laying on top like a big dog unaware of just how heavy it was. You smiled and ran your fingers through his hair anyway.

Thanks for requesting! Michael is my boy. Im luv him. 💖

If you romanticize serial killers, real OR fictional, get your ass away from me
:3