I don’t know what’s scarier, Annie kicking in Renier’s face or Reiner taking it to the extent that he did and STILL took her down

You knw hat time it is, Reiner? Time to start a teen angst playlist 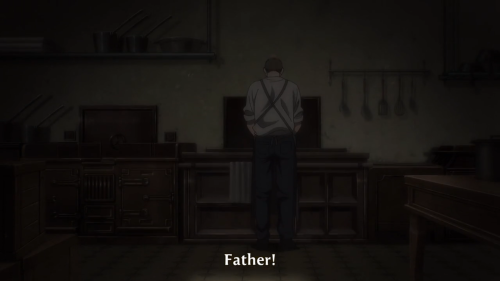 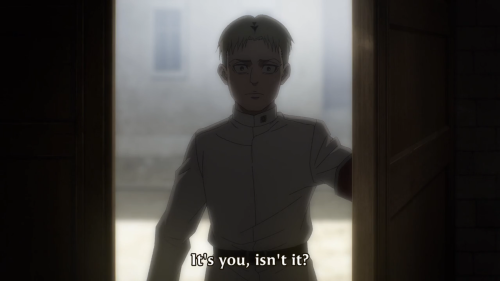 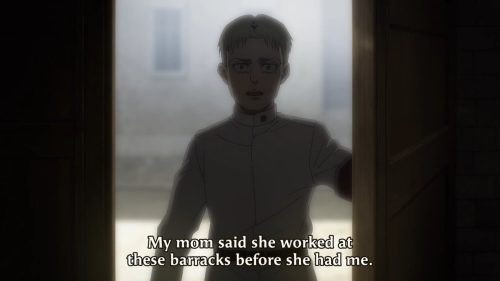 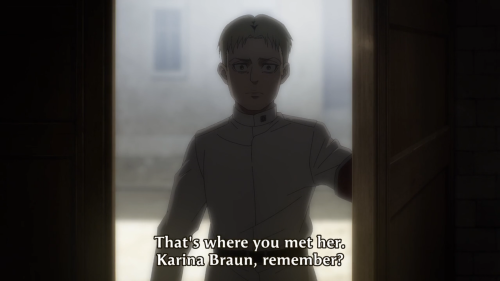 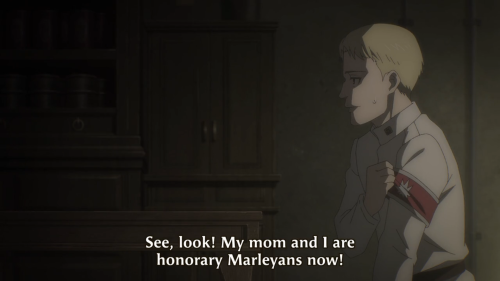 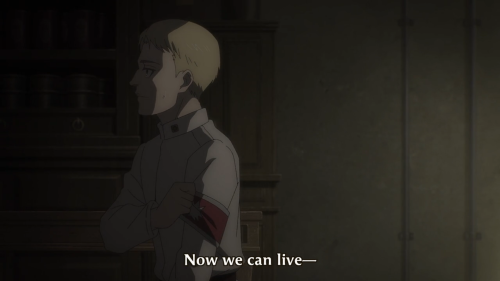 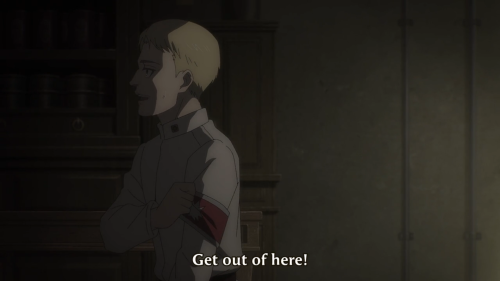 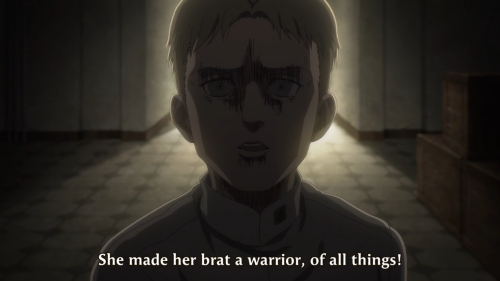 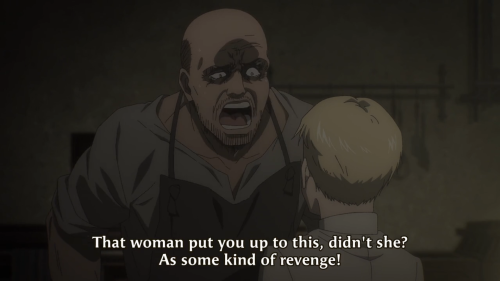 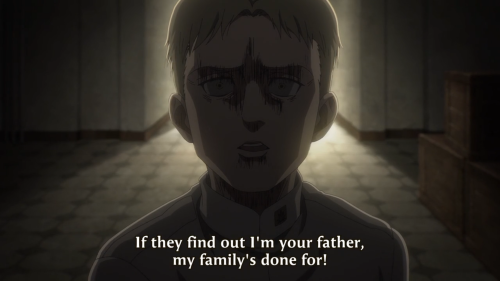 does a female HAVE to inherit the female titan?

Eren literally wished for this war, remember that

are they sharing that apple? 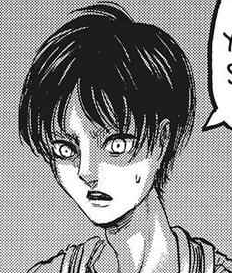 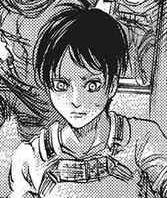 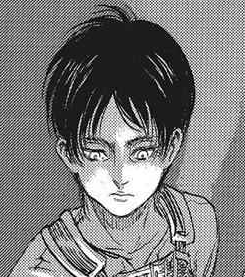 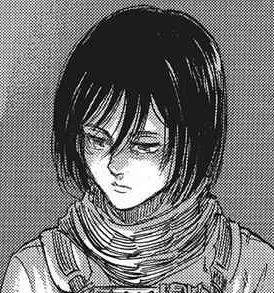 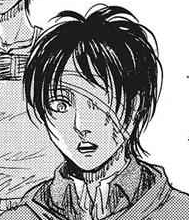 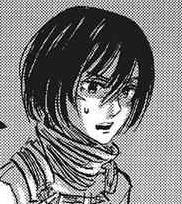 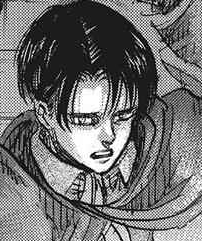 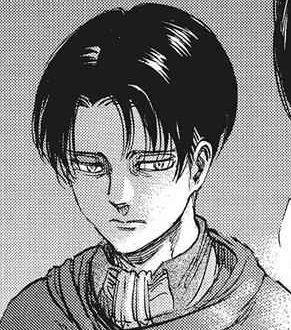 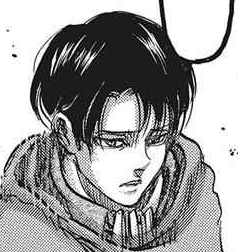 Where are the comparisons between Naruto and SnK?

Seriously, pals, you have a genocidal older brother, an “evil” race, a vengeful younger brother, a founding powerful mother…

At this moment, it looks like Izayama went and thought “hey, what if I made the story from the pov of the Uchiha’s” and rolled with it.

That would explain why Izayama offered an answer to the question “how to break the cycle of hate”, an answer that had nothing to do with saying to a victim of oppression “hey, your people don’t matter to me, so, why do you care about them? let’s be friends, believe it!”

#snk#naruto#i know there's a meta somewhere and I'm gonna find it#otherwise I would have to search for images and do a bad meta myself#:/
0 notes
bpddont
Text

Summary: Y/N sleeps around with a lot of people but seems to steer clear of Levi, He’s unsure why so he tries to figure the mystery out.

I woke up rather early this morning, turning over to see Nanaba sleeping. I’m never the first to leave, I do like the idea of just leaving after I got what I wanted. A few hours later Nanaba started to stir awake, short hair messy and sticking all over the place, face puffy from sleep. She honestly looked quite adorable.

“Good Morning Y/N” the blonde greeted the voice raspy do to sleep.

“Do you know what we’re doing today?” I asked as I got out of bed gathering the clothes on the floor

“We have an expedition in a while so we’re probably going to go over the plan” she explained. Nothing ever hanged when I slept with people, our previous relationship was always the same which was reassuring.

“Oh shit, I totally forgot, I have to talk with Captain Levi about the plan” I knew I was forgetting something, I really did not want to talk to him right now. I always got so nervous around him and I didn’t know why. I couldn’t have feelings for him…could i. No, I’ve only ever had a handful of conversations with him, all of which revolving around work

“Good luck, he’s been in a bad mood for a few days” she warned before pulling her boots on and heading for the door.

“When isn’t he?” I scoffed as I began to get dressed. I hadn’t even noticed she left until turned to ask her something and saw she wasn’t there. I made my way to the meeting as slow as I possibly could, I knew I would get a lecture for it later but I didn’t really care. It was a nice day outside slightly overcast but warm. As the meeting place came into view I did a silent prayer that it would go fine.

“Y/N your late’’ Levi had spit out rather harshly, which made me feel bad. That was un normal. I usually don’t care if someone is being an asshole.

“Sorry I had some trouble getting out the door on time” I was a decent lie, it could’ve happened to anyone

“Not surprised, with how you spend your free time” Levi gave a hard glare, since when did he care about what I did in my free time? It’s not like he was ever included

“Y/N can you please stay” Levi had requested after the meeting was over, he still had the same harsh tone. Did he not like my contribution, was something I said wrong?

“Yes, Captain Levi “ I said standing straight with my hands behind my back. Formally.

“Drop the formalities Scout ” he said, pulling a chair out in front of me and taking the chair across. I slowly sat in the chair unsure of what was going on.

“I’m going to be straightforward because if I’m not you might not understand what I’m saying” Damn the hurt. If it was anyone else I probably would have snapped back and said some sarcastic shit. I didn’t do that with Levi, I never did.

“Ok, what is it you need?” I asked, crossing my ankles and putting them under the chair. I did that when I was uncomfortable

“Do you dislike me?” he asked leaning a tad bit further towards me

“What kind of question is that?” I was really shocked, why would he care if I liked him or not

“Tch, Answer the question brat,” he said looking away

“You seem to get very friendly with the other soldiers, seems very personal to me,” he said, seeming more annoyed than anything. He’s the one who started this whole conversation. Why does he feel like he can be annoyed?

“With all due respect sir, you’re being an asshole. I would not like to continue this conversation” I said sternly as I stood up.

“You can leave if you answer the question,” he said looking up with determined eyes. He was so persistent I knew I would not be leaving this room unless I gave him an answer. I decided honesty was the best option

“Look, I’m not entirely sure of my feelings for you. I don’t dislike you but I don’t like you either. We’ve only spoken a few times and it was always about work-related things” he stood up as well and started straightening out the papers and such.

“Y/N you act differently around me compared to other people, you can’t honestly tell me you enjoy Oluo’s company” he was right I didn’t like him very much, he annoyed me but I was still nice to him

“Levi I don’t know what to tell you because I don’t know myself” he stopped what he was doing and put the paper down and looked straight into your eyes. You were confused at his sudden actions

“You never call me just by my name” he looked more shocked than you. You hadn’t even realized that you called him that until he said it. We stood there for a moment before I thought of a great idea

“If you want me to have an opinion on you we should be around each other more, no not like that. I’ll make an effort if you do and if you don’t then I won't” it sounded like a good proposition to me hoping it was enough to convince him.

“Ok, you are dismissed” was all he said, he didn’t even look at me. I didn’t feel like he would actually try but if he did I wouldn’t complain. He didn’t seem like a cold mean person like most people thought he just seemed uninterested.

SNK actor AU (behind the scene) 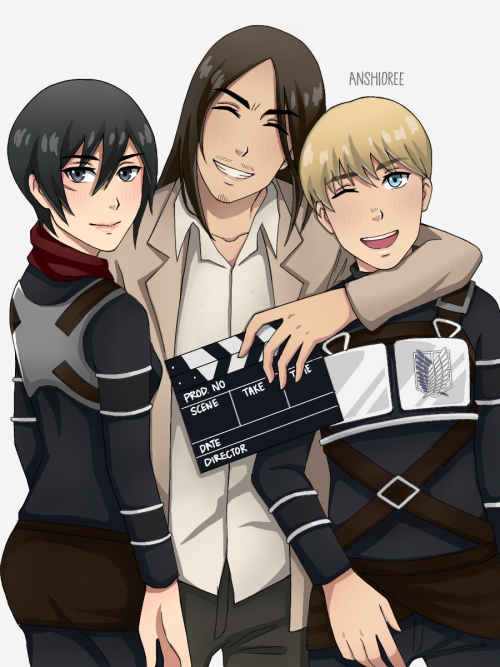 I mean when i was reading the snk manga I was just fucking looking for the deaths on the wiki,, but come on,, scrolling on pinterest shouldve been harmless,, have I learnt my lesson? maybe, probably not

fallen over dead and wet

Because the fandom been going on a Gabi hate streak. Might as well show my girl the love she deserves.

You’re with Reiner but his cousins keep visiting