This Cup a tea with a pretty basic refined. It is decorated with mirror gold outline of the top, pretty snowflake.

This is a beautiful decoration or an opportunity to take a good cup of tea in a very elegant Cup.

For more information, please contact me. I will be happy to answer.

Putting my own spin on a character from Marvel’s latest cringe fest: the 2020 New Warriors. The character in question being Snowflake, whom I renamed Snow Fury. In order to compliment her ice-based powers I redesigned her outfit to fit a winter-theme that includes a short hooded cape with white fur lining and collar. As well as fur-lined elbow glows and boots(not shown in picture) a black skin-tight bodysuit. I also gave her some snow goggles to complete her wintery ensemble. I also gave her a more feminine appearance in addition a new hairstyle. As far a powers go she can still create her ice shuriken in addition to other weapons and tools. Besides her ice powers she’s also a martial artist and acrobat. 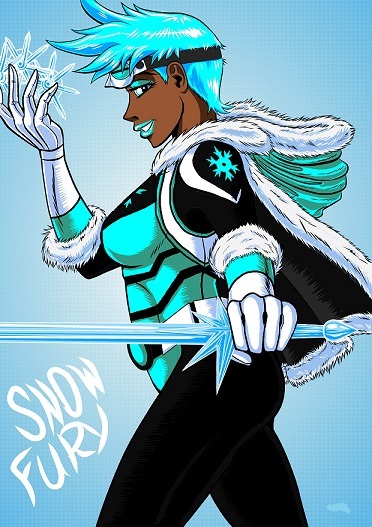 I don’t care about the ironic commentary: Snowflake is more of a name you’ll give to a pet panda bear on Webkins than an actual hero.

Anyway, I gave them a little redesign

I’m not good in names but Sleet or even Permafrost is better in my opinion.

The gauntlets around their arms help them aim their projectiles better. Also, I gave them ice picks, because why not.

#marvel, #new warriors, #marvel new warriors, #snowflake, #marvel snowflake, #redesign, #character redesign, #*Points at Safespace* you’re next, #someone give me a name to blame for such sucky designs, #sketch, #maybe i’ll add color if this gets notes~~
1 notes · See All
sombralunaText

I redesigned Marvel’s Snowflake and Safespace, and here are the new designs 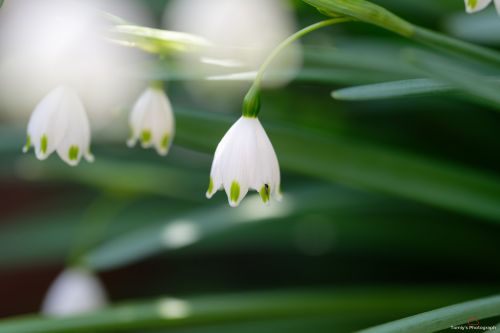 These two together is a walking disaster

#I knew I had to draw that, #It had Them energy, #Snowflake, #Zhenya, #Swap, #The Winter, #My doodles, #No I have no idea how the inspiration got to my dashboard
18 notes · See All
iwanttounliveText

So I decided I’d try my hand at redesigning Marvel’s New Warriors characters, I’ve seen some other people doing so. Everyone is coming up with really neat designs. First one I’ve done is Screentime, wish I could come up with another name for him because that one is so dumb. Here’s the original and some info about him.

And here’s my redesign

I kept the logo for his costume, since it’s simple and I kinda like it. I kept the same color scheme too, I made two variations of his costume, because I couldn’t decide which looked better.

For this instead of being hit with Experimental Internet Gas??? he’s a cyborg. I don’t know anything about science or the Marvel universe so I’m gonna make some stuff up, gonna probably be very unrealistic. He died in some kind of accident, and his body was donated to science or he was severally injured and experimental procedures were preformed on him because he was pretty much brain dead.  A lot of his brain was damaged in the accident, and he was used in an experiment to replace parts of the human brain with a computer like substitute. The integration was successful, but he doesn’t remember anything about who he was and has a hard time functioning as a normal person.

He’s basically like a human computer, or similar to an AI, he is connected to the internet through the computer part of his brain, allowing him to basically browse through it in his mind. He has ocular implants, allowing him to see what he searches more clearly. He has trouble controlling all of this and has a hard time separating his actual thoughts and flashes of things that come through the internet.

I based some of it on this person’s interpretation. Because his brain is part machine and having the internet constantly running through his mind, he isn’t exactly mentally stable. He sometimes can’t differentiate what’s real and what’s in his head.

The government or whatever kind of thing in Marvel that runs things, or some kind of organization or something idk, uses him to solve cases, monitor things, and gain information on enemy forces. That’s what this experiment was for and why they connected his mind to the internet, they wanted someone who could access things instantly, with just a single thought. I mean I guess smartphones do the same thing, but let’s just pretend this is better and he has access to a lot more stuff.

He’s basically a genius and he does act like he as an ego because of that sometimes. But he’s just really not used to interacting with others all that well. He stays in seclusion when he can, and doesn’t like to leave his room. He doesn’t have much freedom, because a lot of money was spent to create what he is now, and he’s constantly monitored to make sure nothing happens to him. He’s just starts slowly going more and more insane over time. The environment he’s in doesn’t help much. He spends days completely in his head, and forgets to eat and sleep sometimes.

I guess when he is teamed up with the other characters he starts to get better. He gets to interact with with others his age and learns to socialize. He eventually escapes the place he’s kept at and joins the other heroes. At first he mostly acts as the guy behind the computer, giving them info and directions and such.He’s afraid to get out in the world. But he does eventually join them out in the open and helps them fight. The visor and headphones help him tune out the real world and use the internet and such. It’s easier to access information this way, he can always tell wear he’s at because of the internet or whatever.

AGFGHG!!! I really wanted to put these pictures side by side so it wouldn’t take forever to scroll through, but it doesn’t seem to be working.

I plan on redesigning the rest of the characters just for fun, right now I’m working on Trailblazer, and have the others sketched out.

The Marvel fandom @ the new superheros 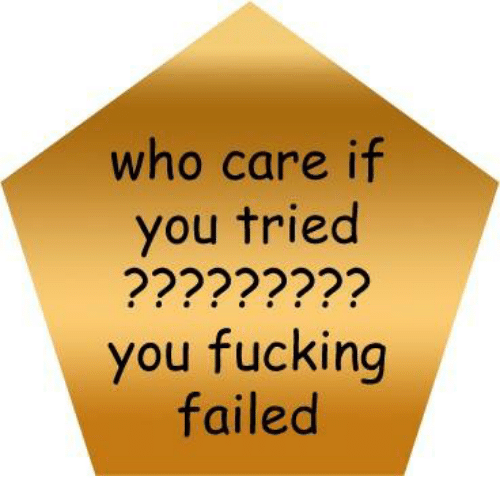 For just $120.00
Vintage Pyrex Blue Snowflake Garland Refrigerator Baking Dishes with Lids 502 & 503 You get the set with lids that are in the photo. FREE Shipping Excellent Condition, Extremely well packed and ready to ship out the door. FREE SHIPPING ONLY TO USA

“Nobody is cooler than a precious little snowflake like you baby, icy you and I love what icy..”

You are everything icy (I see), CUBED baby.. rock it like you want it, haha!! - eUe.. why not come read a story that will make you wet, on fire, AND bust your guts up with laughter??

Listen, new warriors looks trash but I keep seeing people being like “the world is vampire and so am I is so dumb” and like, my dudes, my Bros, my fellow comic readers, it’s from a song by the smashing pumpkins. The song is Bullet with Butterfly Wings and it’s actually really good. B-negative’s little catch phrase is just an emo kid being edgy, and it’s one of the few good things to come out of this new comic line up.

#new warriors, #new new warriors, #b negative, #internet gas, #screentime, #snowflake, #safespace, #marvel, #the smashing pumpkins, #comics, #im annoyed with this, #just because you dont know the song doesnt mean its a bad joke, #like i hate this as much as the next person but this was actually a clever little addition
5 notes · See All
mvaljean525Photo

No snowflake ever falls in the wrong place 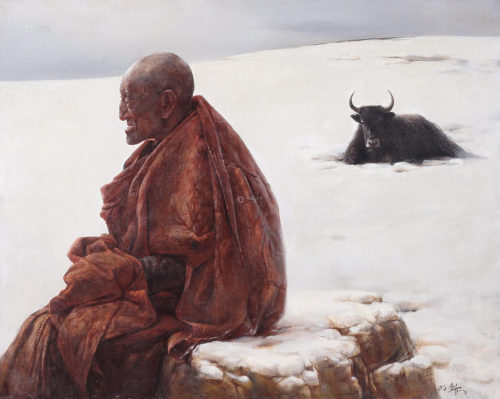 Did a small redesign for fun~ 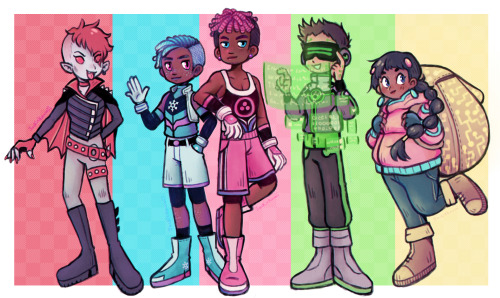 #Marvel, #New New Warriors, #B-Negative, #Snowflake, #Safespace, #Snowflake and Safespace, #Screentime, #Trailblazer, #didnt change some of them that much, #but i just wanted to have fun drawing something dumb, #<:^)
2 notes · See All
critical-mephPhoto

Idk if this trend is still going on, but I redesigned 2 of Marvel’s New Warriors, Snowflake and Trailblazer, or in this case Snowstorm and Cassiopeia.

For their design, I used more muted colors instead of neon blue since most blasted blizzards make the world seem dreary, with the exception of their leggings. Since it’s cold as all crap in the winter, I gave them a fluffy winter jacket, a scarf, and some ice skates.

Snowstorm is extremely introverted, only wanting to work and practice on their ice skating when few are around or watching. Sometimes they fall into a dream-like state where the snow dances all around them with every move they make. Once when they opened their eyes, the rink was surrounded by snowflakes. Distracted by the beauty, they bumped into a wall and all the snow dropped. Could this’ve been their own doing?

I know it’s obvious, but she is the character I’ve changed the most entirely. I darkened her skin, I made her hair longer, and changed her entire aesthetic to be around space, especially her name. Cassie has 3 main powers that can all command space. Her star necklace can summon a weapon based on the constellation that is currently above her, but can change depending on where she stands. Her planet necklace can summon a stronger, planet-based weapon, but only when in the night sky of her current location. Lastly the blackhole necklace summons a small portal that resembles a blackhole, but this is only used as a last resort.

In terms of backstory, Cassie is still a foster kid who loves helping people, but how she gets wrangled into the hero life is different. You see, Cassie wants to become an astronomer when she is older, so she usually goes on any roof or balcony to view the stars. One time during these breathes of fresh air, she hears a fight between a villain and a hero(I’m not a fan of Marvel, I’m just doing this for fun). Rushing down the stairs, she trips over 3 stones. The threat wants to take the stones for his own good, but the hero tells her to point one of them directly at the sky, except the black hole. Cassie never wanted to tell anyone about this day besides that mysterious hero, until she meets 4 other teens with similar pasts. 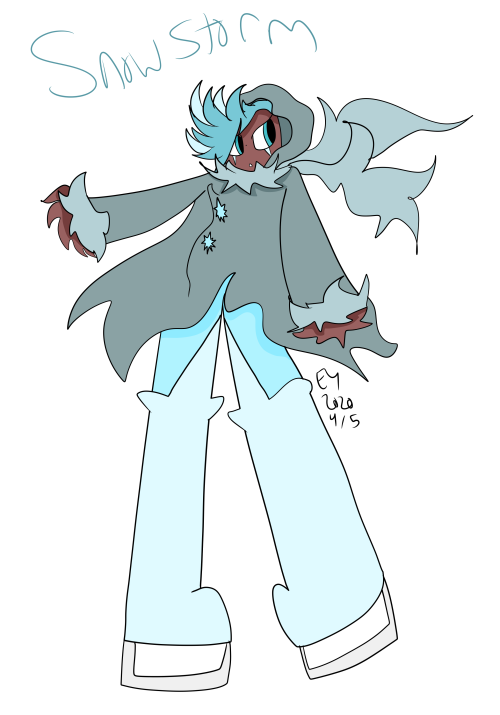 Make no mistake, the pinko pox did not kill the direct market, mainstream comics did.

The commie cough just hits the hardest to industries with pre-existing conditions. 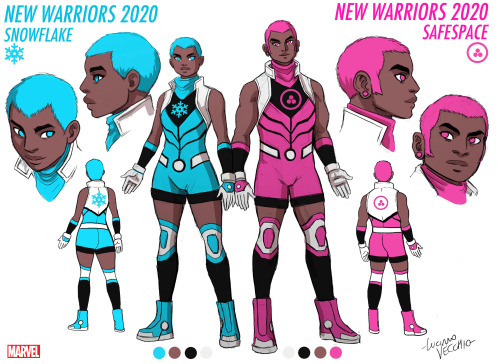 A snowflake on a crow feather.

shoutout to all the people redesigning ‘snowflake’ and 'safespace’ i love you!!!

#marvel, #snowflake, #safespace, #idk how to tag but y'all are so valid ❤️❤️❤️, #snowflake and safespace
1 notes · See All
dddribbblePhoto 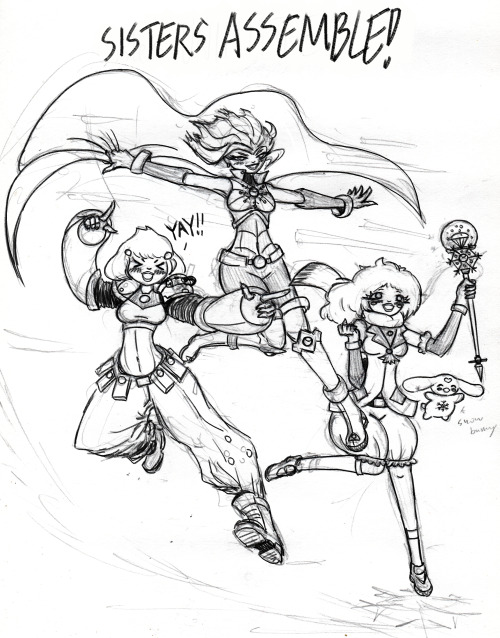