Trending Blogs
#so here it is again
ettawritesnstudiesText

Thanks @wordsofpaintandsmoke for tagging me! The game: Imagine a social media presence in the world of your WIP. Which characters would have what accounts? I think I’ve answered this before as an STS ask but I couldn’t find it so here’s that answer again

Luca: He’d have a youtube account where he shows of his magic tricks and does challenges and vlogs with his sisters. It’s reasonably popular, and sometimes if they bribe him with enough coffee, Acheran will make a guest appearance.

Enne: Uses twitter and a screen reader to chat with people. enjoys listening to audiobooks and youtube though outside of Luca’s channel she doesn’t make her own videos.

Grace: Ticktock. Still a baby when vine died but can quote them all and mourns it’s loss. Has fun making videos with Luca but refuses to help with the editing.

Chara: both a professional and a personal twitter/Facebook and linked in. Never posts anything that could be potentially embarrassing but watches all of the Laine kid’s stuff anyhow. She and Enne tag each other in memes

Acheran: Professes to hate social media and would own a brick tracphone if Chara would let him, but he has an anonymous tumblr account where he posts his ramblings totally out of context. It’s gotten really big as most people think they’re just really good shitposts. rarely talks to people unless he’s tagged in something and even then it’s hit/miss. Chara is vaugely aware of the fact that this exists but he REFUSES to tell her what his url is. Watches an ungodly amount of youtube between procrastination and insomnia.

One of these days I want to do a day that’s like a “blog takeover” where everything I post is from Acheran’s POV as if I gave him my phone and told him to have fun. idk if that’s even a remotely good idea but it’d be a lot of fun

somewhere along the line

#just deleted this by accident, #because im a dumbass, #so here it is again, #neck deep, #over and over, #rain in july, #a history of bad decisions, #pop punk, #pop punk band, #pop punk lyrics, #generic pop punk, #landscape, #sunset, #sunrise, #australian landscape, #landscape photography, #australia, #clouds, #sky, #music, #band, #lyrics, #the wonder years, #the story so far, #real friends, #between you and me, #all time low, #belmont, #yours truly, #point north
15 notes · See All
rradiooText

Fun fact about my Al.as.tor.

He’ll eat on impulse doesn’t matter what it is

If he bites his tongue on accident? He’ll just bite it through and eat that too. It’ll regenerate so he doesn’t care. So what if he’s in pain, he commits.

#i had to take down the original post, #because a personal reblogged it, #so here it is again, #the most cursed thing ever, #and yes mine will do this, #i'm serious if he bites he will commit, #about my al, #gore cw, #ask to tag  if i forgot something
3 notes · See All
shoeknightText
#i thought i posted this somewhere already, #but couldn't find it, #so here it is again, #nanoha vivid
2 notes · See All
fatehbazText

Just some good old fashioned Canadian friendliness and respect for Indigenous peoples and their land. From a 1903 greeting card:

Between 1885 and 1910, so-called “colonization companies” produced exciting advertisements targeting young men in Ontario and Quebec, urging them to seize the opportunity to settle at Alberta ranches or British Columbia timber and mining camps.

Caption by Glenbow Archives: ‘Stair Ranch letterbook. – 1890-1893. – Consists of a letterbook kept by ranch manager D.H. Andrews, which contains copies of his reports to the company’s English management, as well as letters related to everyday ranching business, such as the buying, selling, feeding, butchering and shippng of cattle. He oversaw the operations at the Stair Ranch near Redcliff, as well as the ranges and farms at Crane Lake, Rush Lake, Langdon, Namaka and Dunmore.’

#couldnt find my old post about this, #so here it is again
200 notes · See All
bouncetothenextdickText

So one time when my baby benji was sick my brother and I and our cousin who just happened to be at our house at the time took her to the vet (my parents were out of the country) and we were just sitting in the room waiting for the vet to come in and suddenly the door opened and…a huge black cat just strolls in. It’s otherwise a bad memory but that always makes me laugh because this cat just strolled in like she owned the place, let us pet her and purred at us a bit and then just walked out lmao. I was scared she would do something to my bunny so I kinda just shielded her just in case but this kitty did not give a fuck, it was genuinely so funny. I love that cat, I hope she’s happy wherever she is.

#personal, #ive definitely told this story but its just so cute, #so here it is again
0 notes · See All
robronsugglePhoto

#as per usual, #tumblr didnt post this yesterday, #so here it is again, #psa newsmen still at large, #asoue
2 notes · See All
gucciballsVideo

when you get off work 30 minutes early

#been looking for this video i posted forever ago, #turns out tumblr ate it, #so here it is again, #super leather, #leather face, #fmw, #w*ing
122 notes · See All
piratehookText

#OOC  )   call me a yo ho hoe., #i realize i dont have the greatest post i've ever made in this blog since i moved, #so here it is again
8 notes · See All
amaliabonesText

I imagine Pansy, like a lot of young people, was ridiculed for liking pink and very femenine stuff when she was younger. In my mind this lead to an adolescense of shunning everything pink and frilly and adopting this dark and edgy persona that some of us headcanon for her and while I love that look for Pansy, I’d like to take it a step further and say that after the war, she really took a hard look at herself and who she was vs who society wanted her to be, specially coming from a pureblood upbringing.

So she comes to Hogwarts for her eight year absolutely covered in pink and frills and sparkle, so much it’s actually aggressive and maybe she’s still figuring stuff out but she doesn’t care anymore and it inspires a lot of younger girls and even Hermione, whose serious case of “I’m not like other girls” gets challenged by Pansy.

idk I love Pansy being liberated from everyone’s stupid preconceptions about her.

#pansy Parkinson, #I had written about this before, #but I couldn't find it, #so here it is again, #headcanon
20 notes · See All
itsthwippingtimeText

me the entire rest year vs me Nov through Jan

#i posted this last year, #but it flopped, #so here it is again
55 notes · See All
astralgatoText

#pretty sure I already made this post but, #I couldn't find it on my blog when I went to update the list, #so here it is again
2 notes · See All
clusterfullofblueberriesText

Blitzwing as a mini bot magnet

#transformers, #transformers animated, #blitzwing, #i may have said this- but don't remember, #so here it is again
42 notes · See All
discountchuckyPhoto 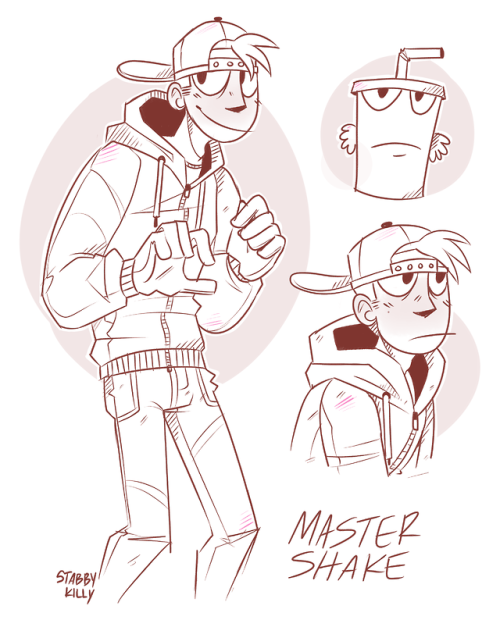 #my art, #master shake, #i drew this already before but i didnt like it, #so here it is again, #athf
203 notes · See All
edric-whitemanePhoto 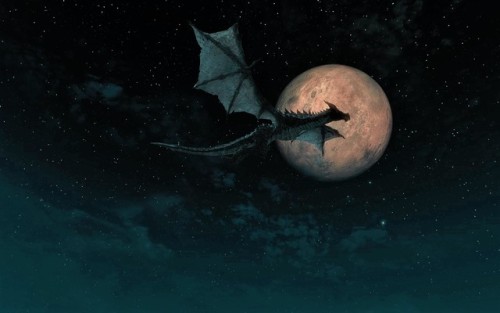 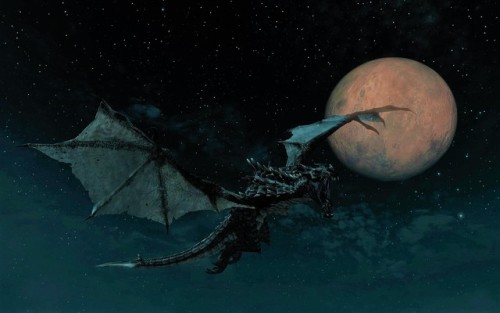 #skyrim dragons, #and one of the moons, #hell if i can remember which one, #fave way to screenshot dragons, #so here it is again, #different dragon different angle, #but essentially the same photo as i've posted before :P
15 notes · See All
alephammersPhoto 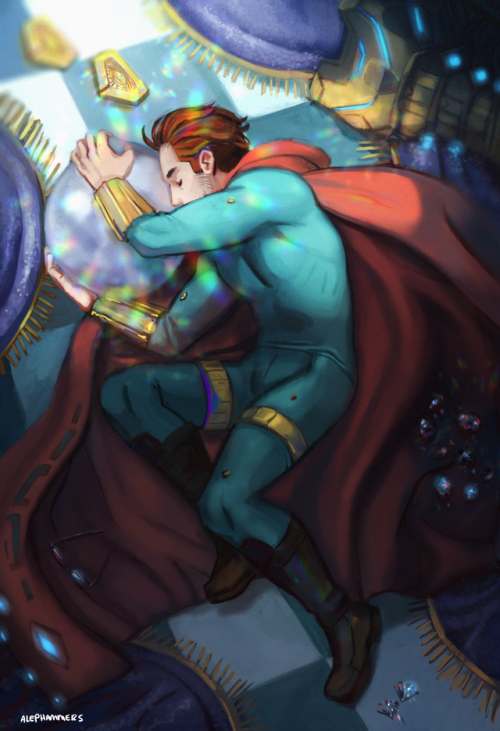 #guuhh i had to fix something, #so here it is again, #mysterio, #quentin beck, #jake gyllenhaal, #marvel, #marvel mcu, #mcu, #spiderman, #spiderman far from home, #sp ffh, #spider-man, #illustration, #my art, #i re uploaded this because the dark part was way too dark
575 notes · See All
transcendentgodrockText
#its really annoying that i can't link a photo properly from the app, #also there is an error message when i try to get the permalink from the browser, #so here it is again, #in case someone wants to use the permalink here it is again, #shaman king, #shaman king gif, #on shaman king, #amidamaru, #mosuke
28 notes · See All
misanderousmisfitAudio